A newly released documentary delves into the life and contributions of Shambhu Nath De, Sipra Guha-Mukherjee and Obaid Siddiqi. We caught up with the director and producer to hear what went on behind the camera. 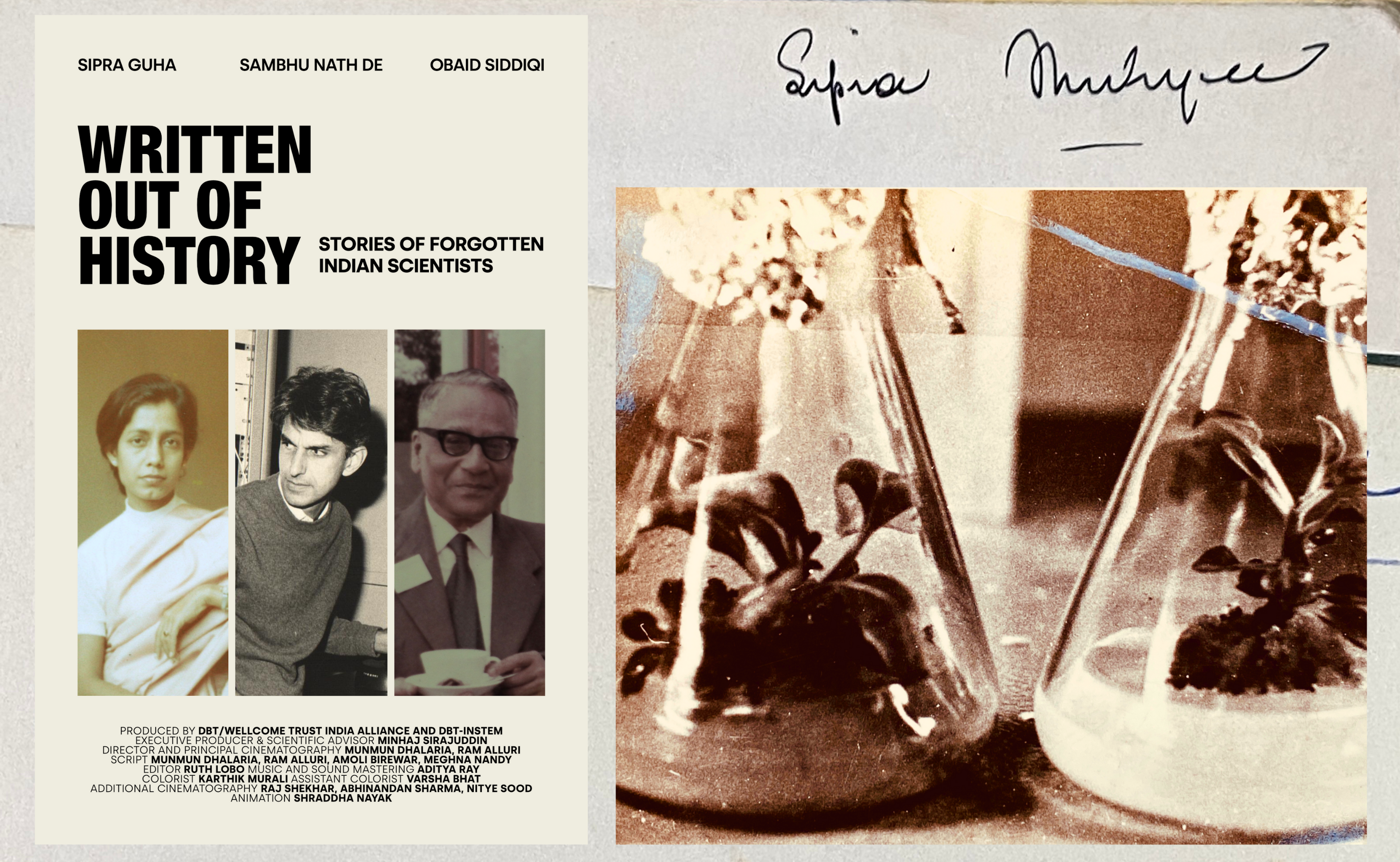 A discovery in Calcutta Medical College deemed worthy to win a Nobel Prize, test tubes at the University of Delhi that grew plants from just pollen in coconut water, the origins of two very powerful biological research institutions – these stories form the backbone of the documentary Written Out of History: Forgotten Indian Scientists, directed by Munmun Dhalaria, a National Geographic explorer and filmmaker, and produced by the Institute for Stem Cell Science and Regenerative Medicine (InSTEM) and the DBT/Wellcome Trust India Alliance.

The documentary film weaves a compelling narrative with the lives of three Indian scientists: Shambhu Nath De, former head of the bacteriology and pathology division of the Calcutta Medical College, Sipra Guha-Mukherjee, one of the founding faculty of the department of life sciences at Jawaharlal Nehru University in Delhi, and Obaid Siddiqi, founder of the TIFR-National Centre for Biological Sciences (TIFR-NCBS) in Bengaluru. The film highlights these scientists’ contributions to their disciplines, and the ways in which they changed the lives of those around them.

One narrative thread ties the three scientists together in the film: according to the filmmakers, their contributions have been virtually forgotten. Absent from public memory, the stories of these scientists, their work, their grit and gumption, survive in memories  hidden in personal and institutional archives.

The film stands as both a celebratory and a cautionary tale for Indian science.

Telling stories of science – and making them exciting

According to Minhaj Sirajuddin, faculty at InSTEM and executive producer and scientific advisor of the film, the seeds of the documentary were first sown over a lunch conversation with his colleagues at the InSTEM campus in Bengaluru. The researchers were discussing which format could best be used to popularise the work of unsung scientists, and they concluded that a visual documentary-film format would be worth pursuing. “Science documentaries are popular on various platforms, but almost none of these are from India,” said Minhaj in an interview with TheLifeofScience.com. He roped in DBT/Wellcome Trust India Alliance and Munmun, and the idea started to become reality.

Munmun’s priority was to combine accurate science storytelling with touching aspects of the lives of these scientists, including their struggles. “I wanted to make science documentaries really exciting to watch,” said Munmun. Coupled with science animator Shraddha Nayak’s skills, the team effectively combined the life histories of each scientist with key highlights of their work that is conveyed through both scientifically viable and creative animation. The result is a fast-paced and gripping movie that can be watched either in three distinct parts, or as a whole.

Narrowing down the three scientists

Once the idea was set in motion, the next step was to select the scientists to be featured. The broad discipline was easier to narrow down: Minhaj’s biology background meant that he would be able to offer the most expertise in the domain of biology. This was complemented by Munmun’s background in documenting natural history. Moreover, according to Minhaj, “biology [as compared with physics and chemistry] has always been an underdog in the country”.

The tougher task was to narrow down the three biologists who they would feature. Shambhu Nath De’s (1915 – 1985) work stood out to them very clearly. “His was a fundamental discovery from a medical college in Kolkata that had a direct impact on public health. Yet, even microbiologists often do not know of his work,” Minhaj said. In fact, as the film itself shows, De’s grandson acknowledges not being aware of his grandfather’s seminal contribution to the eradication of cholera infections until he encountered “De’s Loop Method” – a method that De independently discovered to study cholera pathogenesis – in his medicine textbooks. 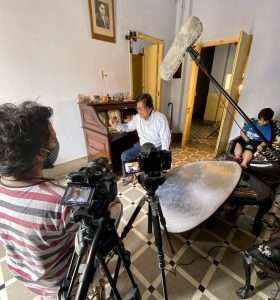 The film also highlights Sipra Guha-Mukherjee (1938 – 2007). Guha-Mukherjee had serendipitously discovered that it was possible to grow plants just from their anthers, i.e. the male reproductive organs. These organs contain pollen grains, which in turn contain a male gamete. The male gamete is haploid, meaning that it has only one set of chromosomes as compared with a diploid plant that has two sets. Being able to generate haploid plants meant that botanists could do sophisticated genetic experiments to bring together desirable characteristics (e.g. pest resistance and higher yield) and eliminate undesirable ones. “There was this serendipitous discovery made by a woman scientist in the 1960s. Women scientists have had a very hard time in the Indian science ecosystem, and most people in India are unaware of Sipra Guha-Mukherjee’s work,” Minhaj said.

The third pick was molecular geneticist and behavioural neurobiologist Obaid Siddiqi (1932 – 2013). Along with his student Veronica Rodrigues, Siddiqi used the fruit fly to study how smell and taste are sensed by the brain. He was not just a pathbreaking scientist, but also an institution-builder, having founded both the Molecular Biology unit at TIFR-Bombay, and the TIFR-NCBS in Bangalore. Material about Siddiqi would be convenient for the team to gather because a plethora of archival material about his life was available at NCBS Archives. Talking about the recent history of Indian science captured in the film Munmun said:  “Towards the 1990s and the 2000s, things are looking up for Indian science. Indian science is getting funded. New institutions are being built. And, success stories are coming out. We wanted to end the documentary on this positive note.”

Lack of prior documentation

“There were no videos that I could refer back to, so as a visual communicator, things were rather difficult. But even for photos – including photos of them working in their labs – I had to rely on their family members.” – Munmun Dhalaria

Making the documentary was in no way an easy task. The onset of the COVID-19 pandemic corresponded closely to the time when the team began production. This significantly delayed their work, and extended the production process by over two years as compared with the initial plan for one year. But the pandemic was not the only troublemaker. Munmun was “shocked at how poorly the lives of the scientists of this country had been archived.” She was under the impression that since these were important people, their institutes or the government must have saved some of their work. However, the reality turned out to be very different: “There were no videos that I could refer back to, so as a visual communicator, things were rather difficult. But even for photos – including photos of them working in their labs – I had to rely on their family members.” 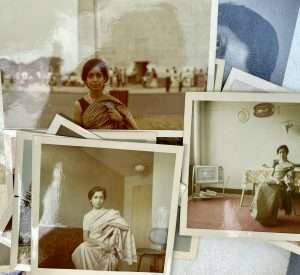 Pictures from the personal archives of Sipra Guha-Mukherjee

The lack of documentation meant that the project also became an archiving project in its own right. For example, Munmun mentions how the assistant director, Raj Shekhar, walked around the streets of Kolkata to find Shambhu Nath De’s house so that they could interview his son, Shyamal De. It is at his house that the team found original manuscripts on cholera that had not been given to any archive, but well-preserved by the De family: “Apart from the interview and spending hours there, we were also scanning materials to create archives in our own way”, said Munmun.

Similarly, in the case of Sipra Guha-Mukherjee, neither the Indian government, nor the Jawaharlal Nehru University – where she was one of the founding faculty of the school of life sciences – has any archive or museum. It is only when Guha-Mukherjee’s daughter, Barnali Mukherjee, took Munmun and team to her last residential house in Gurgaon that a new world of archival material unfolded in front of their eyes.

Munmun told TheLifeofScience.com that “[Barnali] had preserved everything in the house exactly the way her mother had left it. It was like walking into history. Her clothes, her books, her awards – all completely untouched. The fact that their children are keeping the memories of these scientists alive by building their own personal archives deeply touched me.” 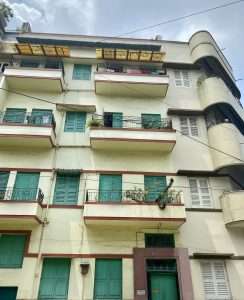 Are the three scientists equally forgotten?

When it came to Obaid Siddiqi, the team had a different problem. Courtesy the NCBS Archives, there was a more-than-necessary amount of archival material available. Moreover, a lot had already been written and spoken about him, which meant that Munmun had to “hand pick a very few things that were useful to the kind of film we wanted to make,” she said.

So can the three scientists featured – Shambhu Nath De, Sipra Guha-Mukherjee and Obaid Siddiqi – be boxed under the same view of “forgotten”? While De and Guha-Mukherjee were relatively uncelebrated during their times, that wasn’t the case for Siddiqi. He received several awards from the Indian government and the science academies, including the Shanti Swarup Bhatnagar Prize in 1976. There are entire galleries dedicated to him in the NCBS Archives. How did, then, Siddiqi find a space in a documentary featuring “forgotten” Indian scientists?

Minhaj agrees that at least in the context of the Indian science ecosystem, Siddiqi’s memory is still alive. However, Munmun pointed out that “as a regular citizen of this country – who is not a scientist – I had no idea who Obaid Siddiqi was. Therefore, choosing to feature Obaid was a perspective of somebody from the outside looking in.” Munmun also reminded us that the film’s target audience is not restricted to people in the Indian science ecosystem; rather, the film hopes to reach more people outside this ecosystem.

With the documentary having been watched ~6000 times on YouTube, does this mean that the Indian science ecosystem is warming up to more science documentaries? Minhaj sees a “tremendous future” for this format  in India. “That is because we have so many stories,” he said.

Note: All pictures used in the post have been provided by Munmun Dhalaria. The featured image for this post was created by the author using some of the pictures provided.

Watch the movie at the link below: