Amrita Sarkar and Aparna Banerjee set out to demand for transgender-affirmative public-health system in India, and in the process, discovered themselves.

It’s vital to realise that the narrative of gender-based discrimination in science, technology, engineering, medicine and allied disciplines has been limited to cis-women in science. This post is part of a series of posts (we call this the ‘transgender persons in science mini-series’) that hopes to dismantle the invisibilisation that transgender persons in science go through. This mini-series started last year as a part of season 5 of TheLifeofScience.com

The fifth piece in the series (and the fourth comix) features Aparna Banerjee and Amrita Sarkar, two transgender women who’ve spent their lifetimes working for making public-health in India more conscious of the needs of transgender persons. The conversation between Aparna, Amrita and TheLifeofScience.com’s Sayantan Datta is brought to life by Rox’ illustrations. 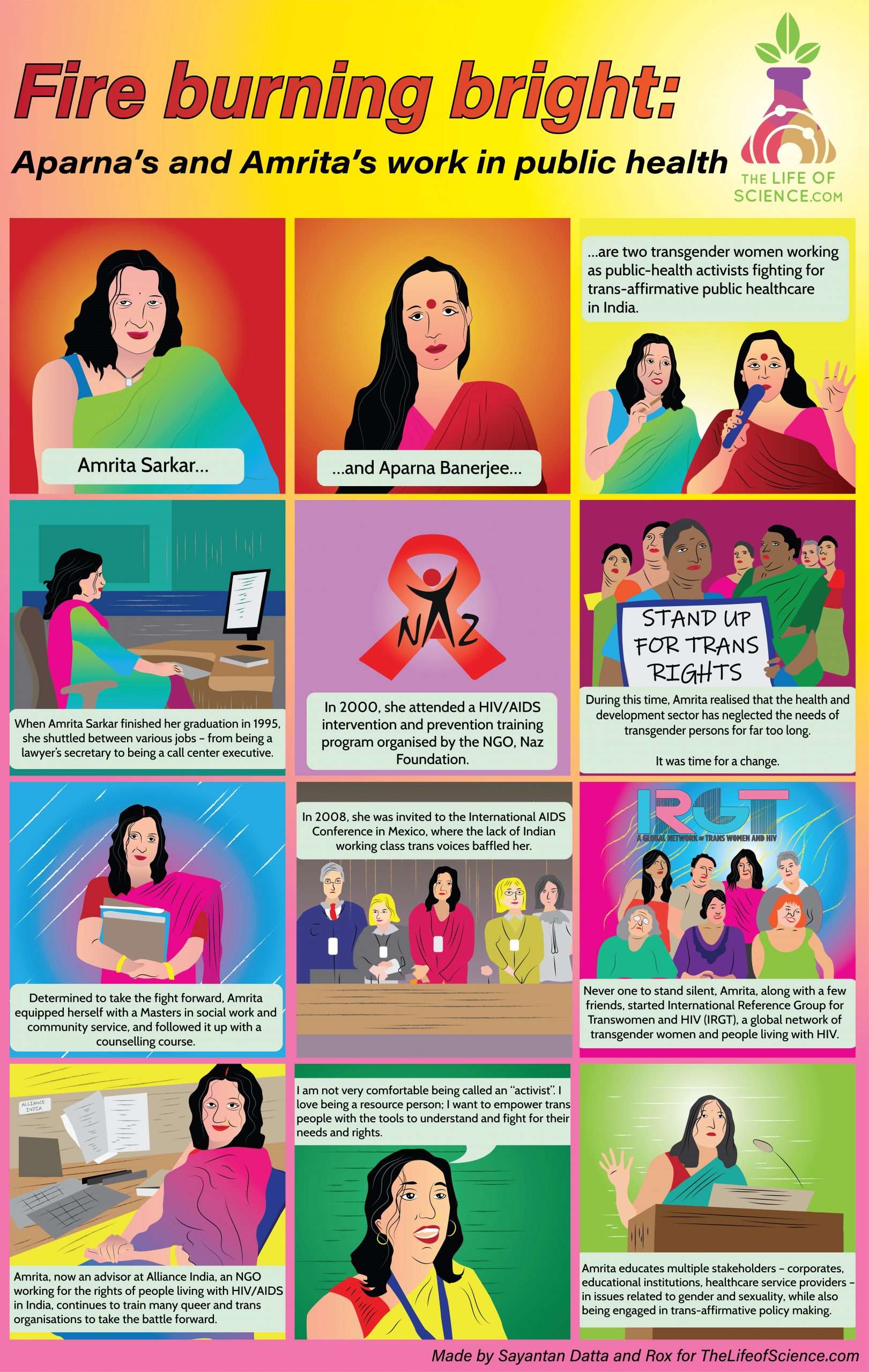 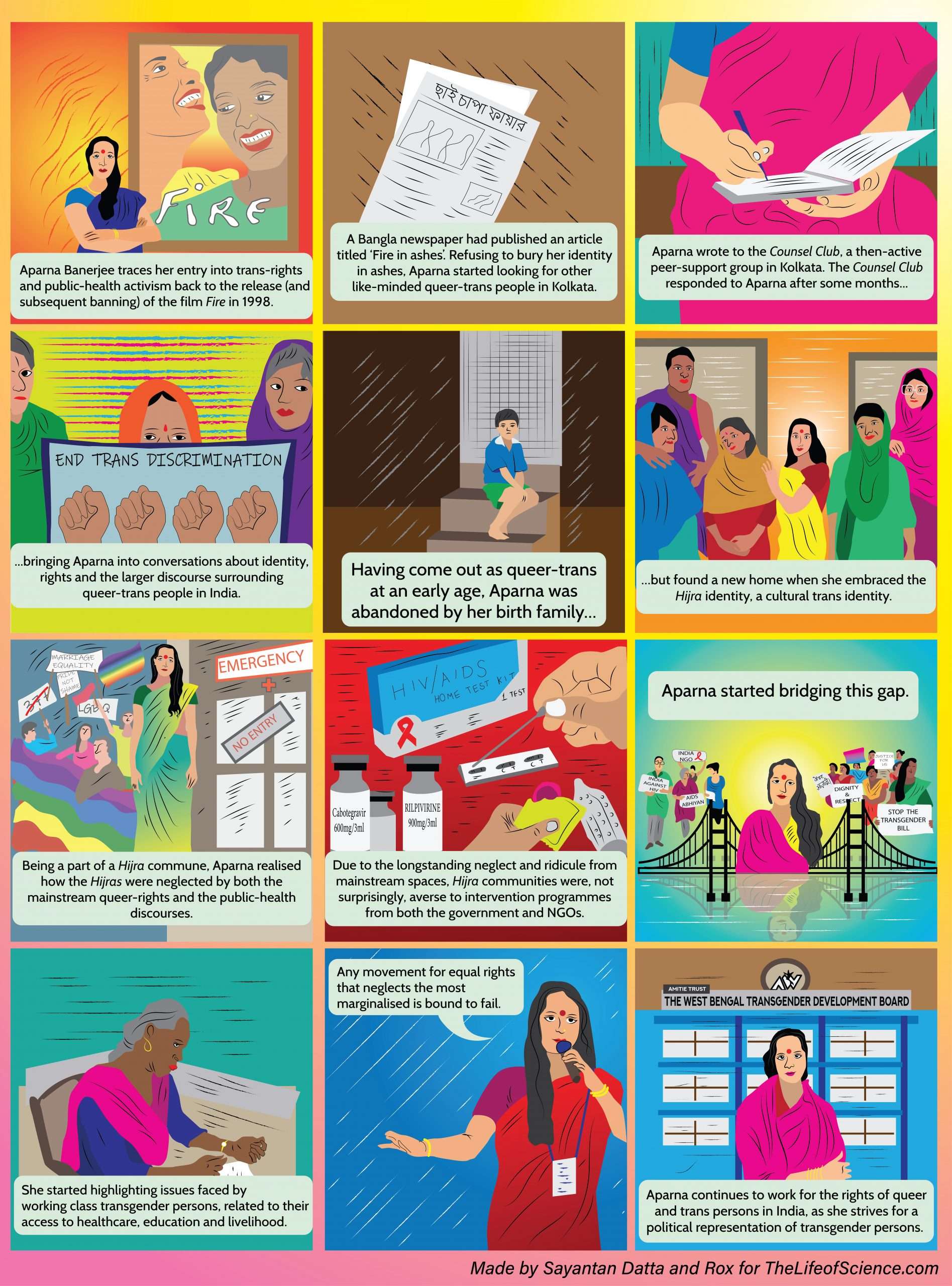 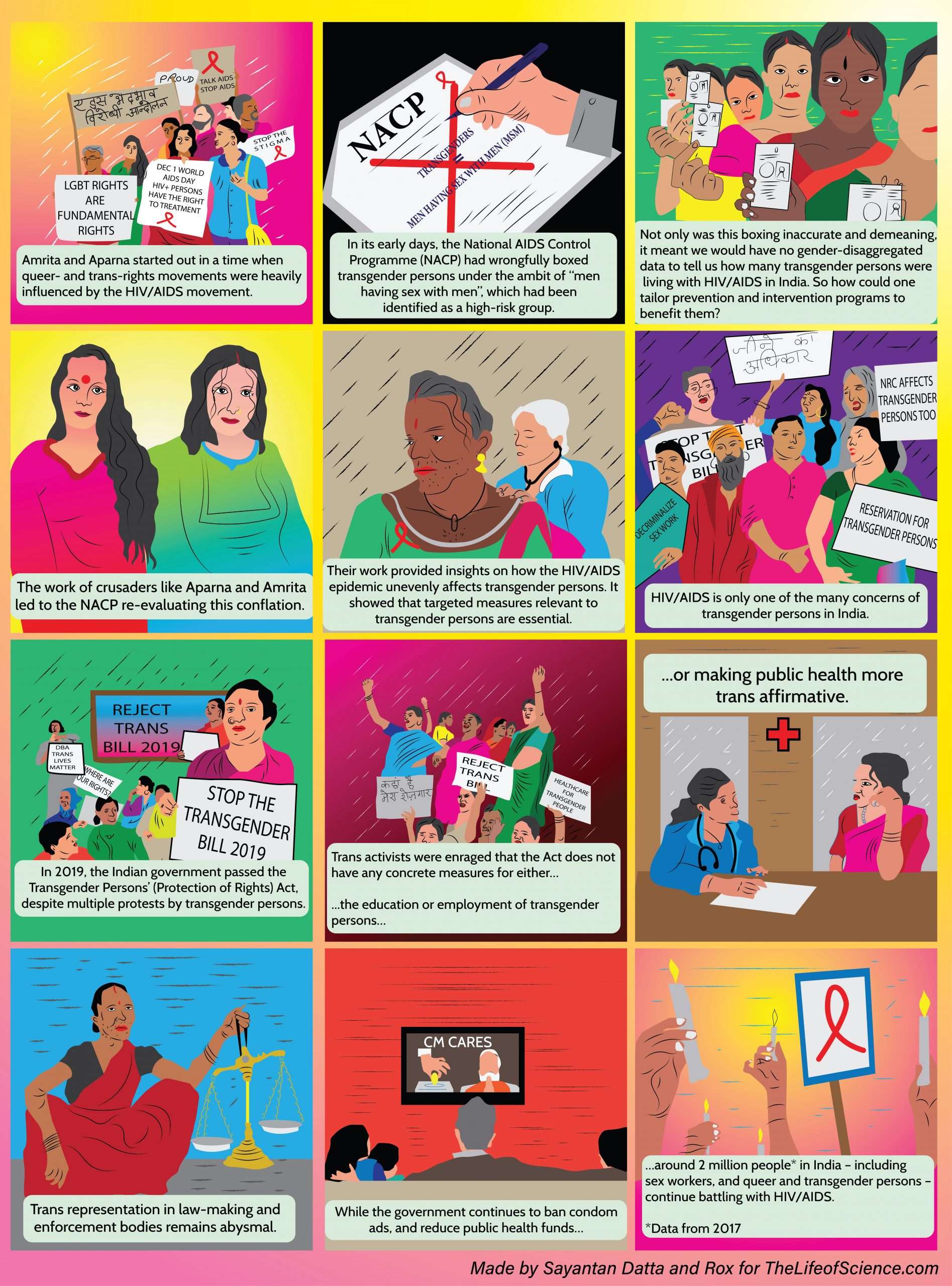 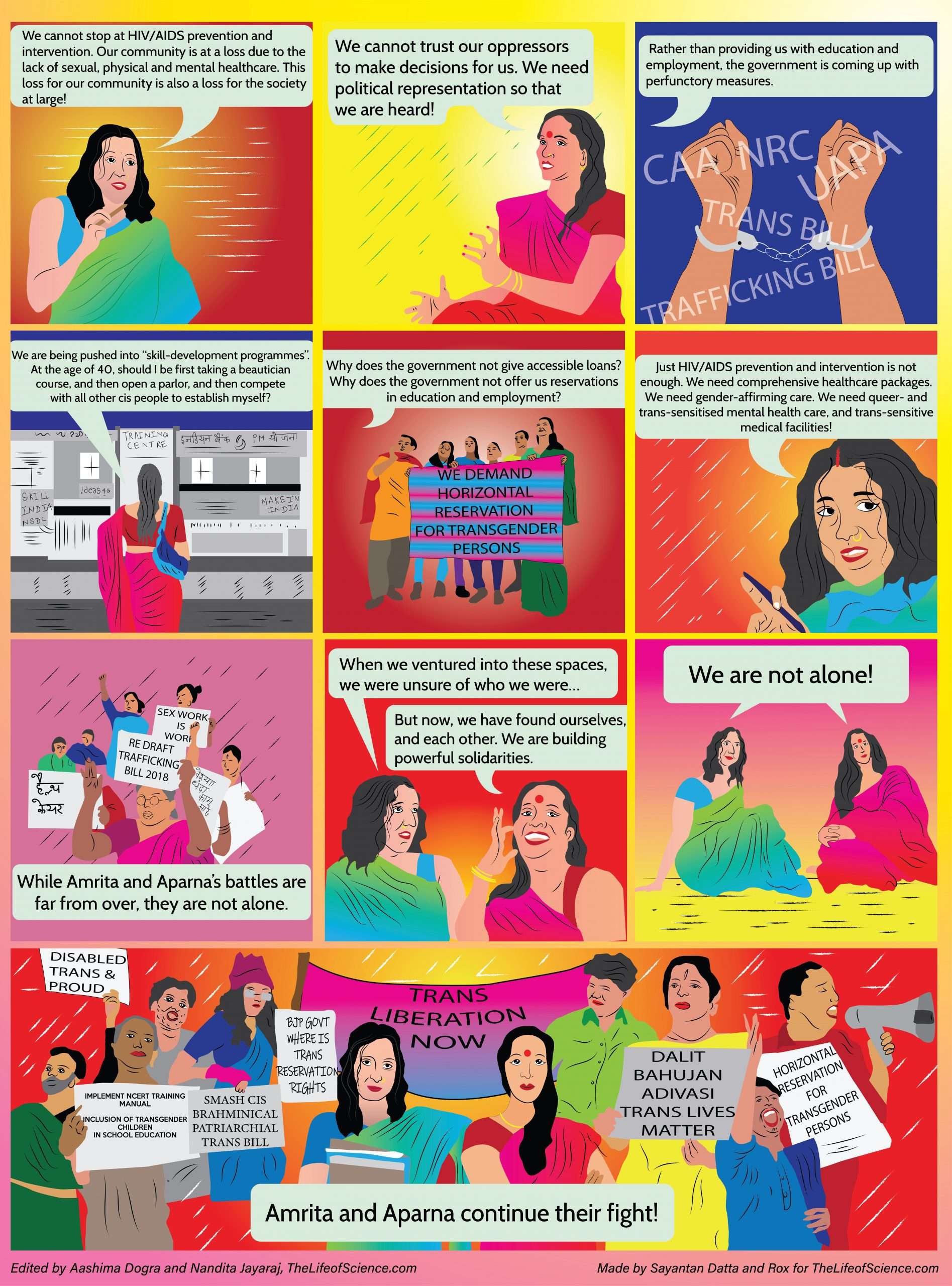 The script of this comix can be found here.

Rox (they/them) are a trans artist and a 3D generalist. Everything they make is about introspection and extrospection rubbing against but existing along each other. Their Instagram is @patterninterruption and their Twitter is @dumdumjuicy.