News about Deepa Mohanan and Kripashankar Gautam prompted a journalist to revisit her decade-old interview with an IIT research scholar negotiating casteism on campus. Why has nothing changed since then, and what is the way forward? 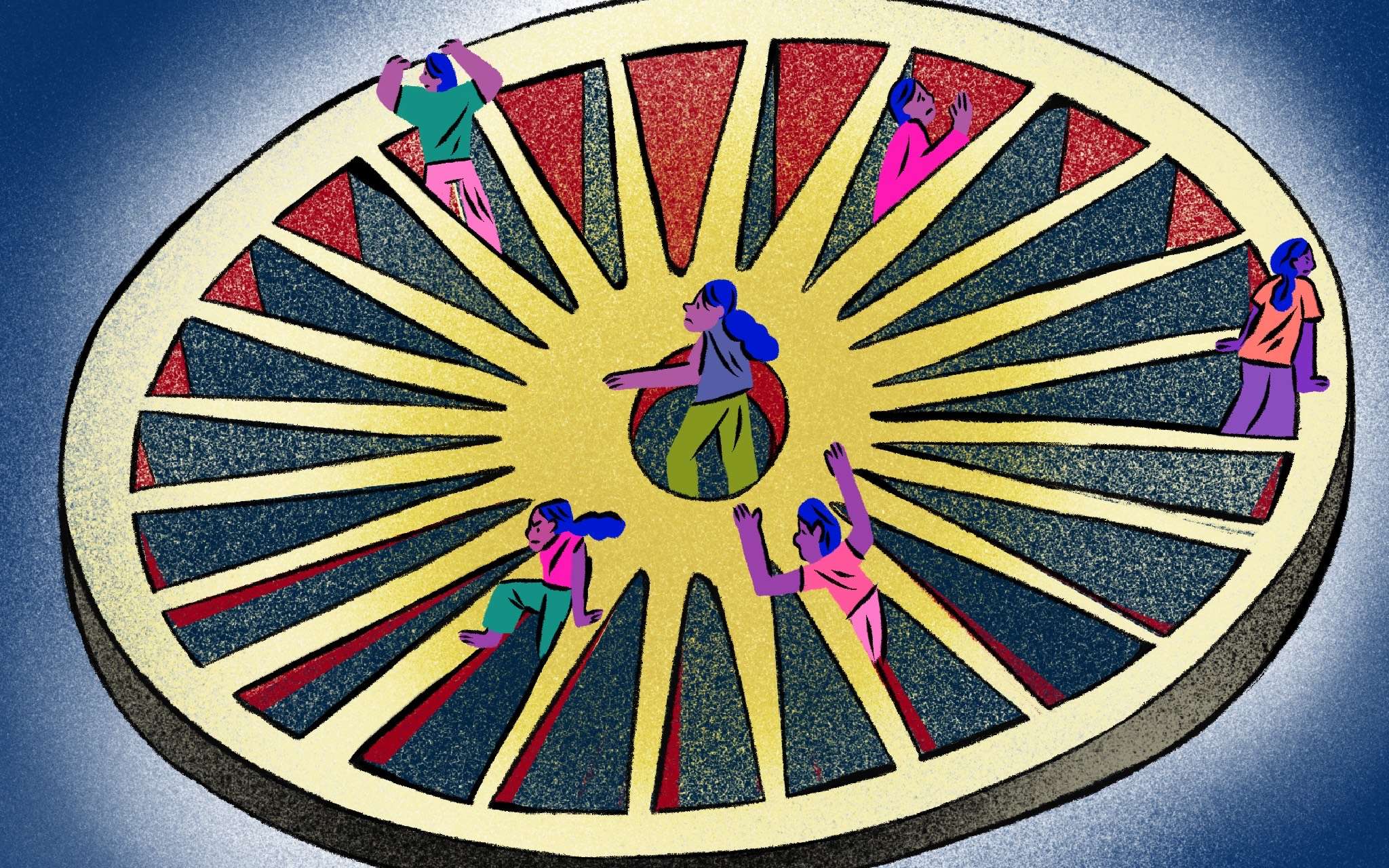 Exactly a decade ago, when I first met him, Pradeep was a doctoral candidate studying the medical uses of electromagnetic radiation at the Indian Institute of Technology (IIT), Madras. I was at the time a journalism student at a neighbouring campus visiting IIT for some field reporting on the rising number of student suicides at the campus that year.

Till I met Pradeep, I was having little luck that autumn afternoon—the Director had gotten so angry with my questions that he marched me out of his office, and the few professors and guidance counsellors I had spoken with only made generic statements about family pressure and academic performance. The plan was to make the last stop to speak with the visiting campus psychiatrist before giving up. I found Pradeep waiting outside her office.

Pradeep, whose name was changed in my report to protect his privacy 10 years ago and continues to ask for anonymity today, had come to see the psychiatrist after his fourth, and most recent, an attempt at suicide. He was struggling with completing his thesis, his mental health had plummeted, and he was behind his peers in academic publications. Most importantly, the microaggressions he faced as a Bahujan student were wearing him down every day. He felt he had no one to turn to – five of the seven professors in his department were Brahmins.

“IIT Madras is like an agraharam,” Pradeep had told me, referring to the neighbourhood within a village exclusively reserved for Brahmin priests and their families. “For non-Brahmins, it’s very isolating. Even where there is no outright casteist slur, there is no support.”

I thought of Pradeep again recently when I read about Deepa Mohanan, a Dalit PhD scholar at Mahatma Gandhi University at Kerala, who went on a hunger strike to protest the decade-long caste discrimination she faced on campus, which included restricting access to the lab to delay the progress of her work. Deepa is unique in that she fought and won against her oppressors. Nandakumar Kalarickal, the professor whose dismissal Deepa was demanding, was finally removed from his post last month. In the recorded history of caste-based abuse on Indian university campuses, such victories are rare.

Last month, we heard the news of Kripashankar Gautam, a Bahujan engineering student in Lucknow who was allegedly murdered for his scholarship money. Earlier, in April, Seema Singh, an associate professor at IIT Kharagpur, hurled casteist abuses at Bahujan and other marginalised students in a preparatory class meant to increase Scheduled Caste/Scheduled Tribe (SC/ST) representation on campus. Before them, there was Fathima Latheef at IIT Madras who died by suicide, and before her Muthukrishanan, at Jawaharlal Nehru University, who ended his life. Payal Tadvi, a second-year MD student at Mumbai’s TN Topivala National Medical College, died by suicide in her college hostel room in 2019 and Rohith Vemula at the Central University of Hyderabad in 2017 – both due to casteism. These are only a few stories that have made it to media headlines. We seem to have hardened to the struggles of Bahujan students, many of them first-generation scholars, at India’s elite academic institutions. 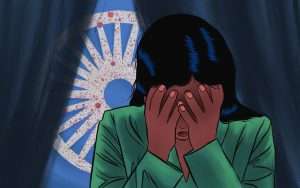 Psychologist Smruti Bodhi, a Mumbai-based psychotherapist and grief counsellor, said that in the absence of institutional recognition and remedy of caste biases, therapy can only help students to a certain extent. “For many students from Bahujan backgrounds, the sense of otherness remains,” Bodhi said. “I’ve had patients who are STEM students who deal with severe imposter syndrome – they feel they are not deserving enough to be where they are, the reservation system takes a toll on them too. For students from rural backgrounds, this shame is already internalised. Others, who haven’t faced overt discrimination before, find that as adults at these institutions, this shame is imposed on them.”

For those who trudge through despite these setbacks, the trauma of discrimination persists. “Over a period of time, this feeling (of inadequacy) morphs into generalised anxiety and depression,” Bodhi said.

“It’s saddening how prevalent this is. I see many young adults conflicted about whether they should embrace their caste identity or not. Some vent on social media, others want to dissociate completely from their caste markers.”

Despite India legislating affirmative action in education and employment soon after independence, caste discrimination at elite institutions is apparent if one takes a closer look at the number of students and professors from marginalised communities. The number of Bahujan researchers admitted at the five original IITs ranged from 6% (at IIT Delhi) to 14% (at IIT Kharagpur) in 2019, according to a report published by Undark in July.  The numbers are even lower among senior academics, the same report showed. IIT Bombay and IIT Delhi had no Dalit professors at all in 2020 compared with 324 and 218 general category professors. The Indian Institute of Science in Bengaluru had two Dalit professors and 205 general category professors in 2020. Five of the seven science schools of Jawaharlal Nehru University did not have a single Dalit professor.

For Pradeep, his struggle with his mental health continued for about a year after we met. He was caught in a vicious cycle of wanting to leave IIT Madras’ insular environment but being unable to finish work on his thesis that would let him escape. Suddenly, the following January, things changed. In the space of a week, he received an offer for a post-doctoral research position in Italy and defended his thesis to his professors.

“After struggling for so long, I was surprised how quickly everything turned around for me. My experience in Italy changed how I viewed life,” Pradeep said. “I was free from any sort of discrimination. In India, as soon as you complete your PhD, you begin your struggle to become an assistant professor, then you dream of running your own lab and doing better research. The Italians I worked with would finish their PhDs and then work as waiters in restaurants for money till their postdoc proposals received funding. It was liberating to see academics in this perspective.”

Pradeep returned from Italy and found the employment scene back home gruelling. “To start with, there is a mismatch in the number of PhD researchers at universities and the teaching positions available at universities,” he said. “Add to that the corruption in getting a job – nowadays you have to pay Rs 50-60 lakh to get an assistant professorship position at a state-funded university. At private universities, having deep political connections will help.” With the system funnelling through very scholars at this level, Bahujan scholars more or less disappear from senior academic positions.

Sukhadeo Thorat, a renowned sociologist and former chairman of the University Grants Commission, has been a vocal advocate against discrimination in academia.

“Institutes have to be more willing to treat caste discrimination on campuses as a criminal offence,” Thorat told TheLifeofScience.com. “Look at what happened with campus ragging. The moment we criminalised it, the incidents all but disappeared.”

In 2007, the Union Ministry of Health and Family Welfare tasked Thorat with studying the nature of systemic caste-based biases at the All India Institute of Medical Sciences (AIIMS) in Delhi. The committee tabled its report in 2011 with shocking revelations. It found evidence that over 72% of students from SC/ST backgrounds at AIIMS faced caste-based discrimination during teaching sessions and 88% reported social isolation at their hostels. The committee recommended creating college outreach programmes that involved students, residents and faculty members to address discrimination and for “equal opportunity offices” to encourage participation in college life.

According to Thorat, the only central government minister who took these recommendations seriously was Kapil Sibal. “He called an emergency meeting when he was the Minister for Human Resources Development in 2012 and he tried to pass some regulations for campuses, but these have had no impact. Vemula’s death by suicide in 2016, and the many incidents since then, show nothing has changed.”

Thorat had recommended legal and non-legal interventions to tackle caste discrimination on campuses. “In the US, we’ve seen that as campuses became more culturally and racially diverse, colleges made students aware of discrimination through courses on civic learning and democratic engagement. We’ve suggested similar courses here, on inequality, poverty, caste and gender discrimination, reforming prejudices in addition to remedial assistance to students from marginalised backgrounds. Nothing has so far been adopted. I think teachers need to receive such training too.”

In his discussions with students, particularly at Jawaharlal Nehru University where he is Professor Emeritus, Thorat noticed that the dropout rate for scholars from SC/ST and Other Backward Caste (OBC) backgrounds, as well as for Muslim scholars, is higher than in the general population. He said, “The discrimination is not always overt or simply about abusive slurs. There is a lack of support from teachers and peer groups; a few students who find the advanced courses difficult are not given help even when they ask for it. As a result, they start withdrawing in classes, their performance falls and eventually they drop out.”

“Academic institutions must address these concerns of their students,” Bodhi said. “Sometimes students find that they reach out to teachers for help and are rejected or are gaslit about their abilities. Finding a mentor who can support you in academia is hard, someone who can show empathy for your background as well is a much bigger challenge.”

When I called him recently to catch up, Pradeep told me that in 2020, he decided to leave academia altogether after a 15-year struggle through its ever-narrowing passageways. He subsequently shifted to a corporate job in Chennai as a clinical researcher, where he finds that his caste background and the quota system is no longer a concern.

“The only thing that matters here is my performance,” he told me. “I don’t even use the ‘Dr’ in my title anymore. We can’t all become advocates for change and fight the system like (Arvind) Kejriwal did. Institutes are not transparent on the mental toll they have on their students. They don’t value human life. IIT Madras has so many cases of caste discrimination on campus but nothing is done about it, and no Director addresses it. I know so many of my friends who’ve also struggled through discrimination and depression. Some are lucky to find jobs, others don’t.”

“I’m so tired of academia, I regret the time I spent in it,” he said on our call. “I once dreamed of running my own lab, but that’s not a priority anymore. I have a son now and I want to look at his future, give him the education he needs, and make sure he’s happy.”

Tanya is a Mumbai-based independent journalist and researcher.