Nanomaterials researcher Joice Sophia Ponraj navigated various hues of gender bias to find a space for herself in India’s scientific ecosystem. She is now determined to make the path smoother for the next generation. 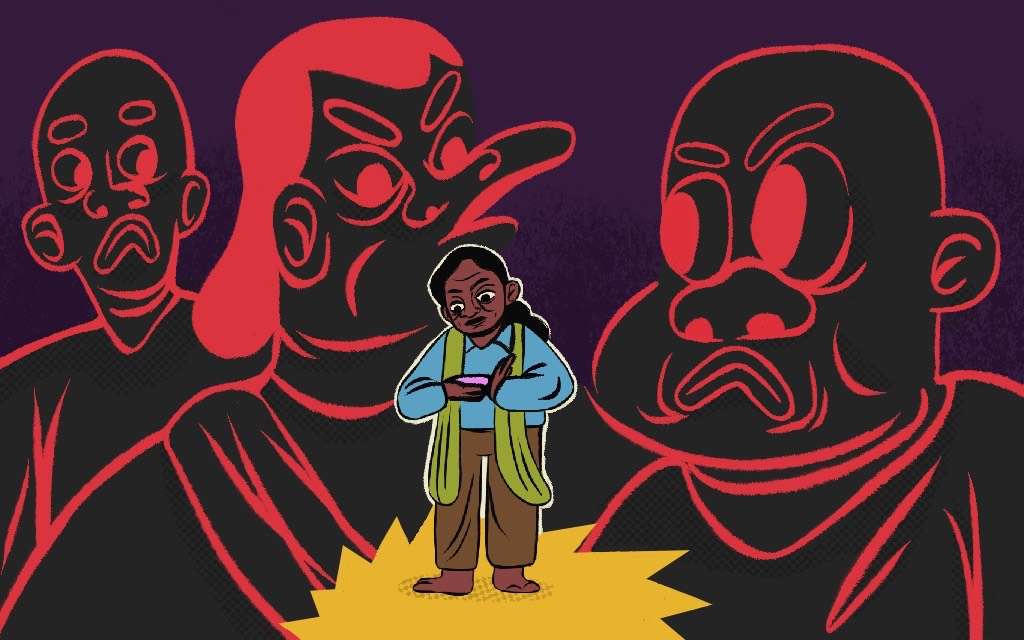 Located in a quiet neighbourhood of Coimbatore, Aaivalayam would seem just another two-storey house to a passerby. Inside is a dynamic world of interdisciplinary research. Thirty-seven-year-old Joice Sophia Ponraj is the Director of this NGO. “We provide scientific training to students and also work with the community to spread awareness of career opportunities. A lot of women take breaks and don’t know where to begin again. At Aaivalayam, we discuss their problems and try to arrive at a solution.”

Joice’s journey to this unconventional space in science is dotted by several ups and downs. She grew up in Palayamkottai with dreams of a career in medicine, but her secondary school board exam score put her out of this highly competitive race. Her thoughts then went to nursing, but that idea too was nipped in the bud. “My father felt science was a safer option for a woman because of the irregular working hours at hospitals”, she said. She finally settled for Physics. She started her undergraduate course at Sarah Tucker women’s college in Tirunelveli in 2001. Though the decision to pursue Physics was unplanned, she found herself falling for the subject. After three years, she wanted more. 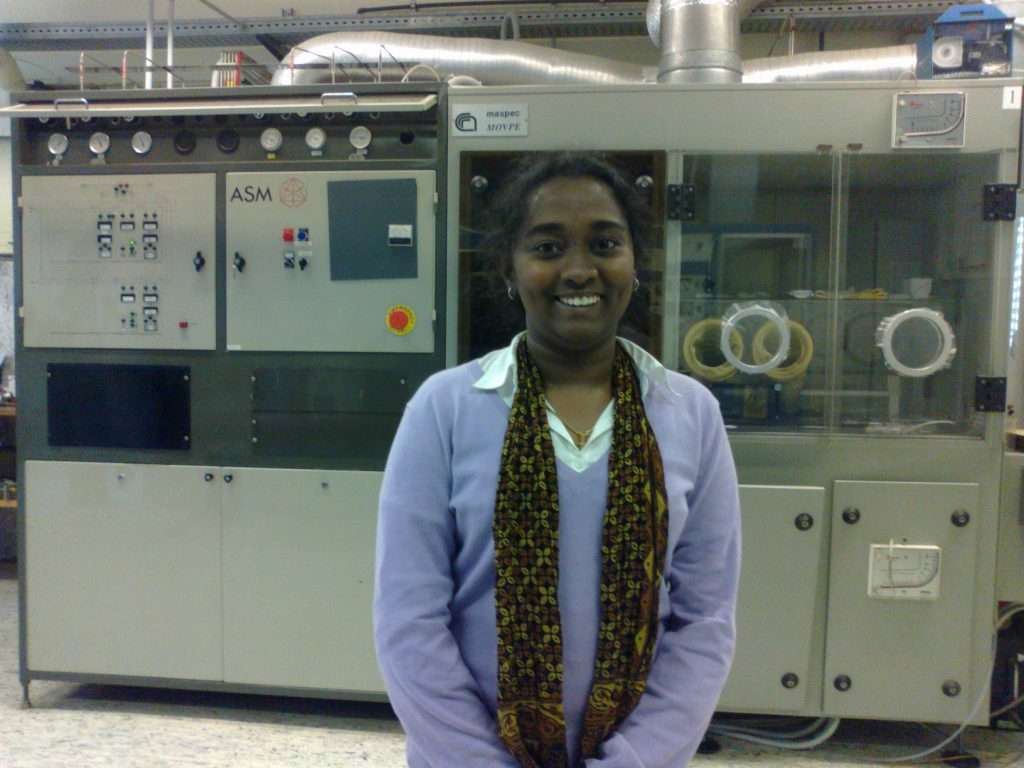 Joice at the Institute of Materials for Electronics and Magnetism, Italy. Credit: Dr Joice Sophia Ponraj

During her Masters’, also at Tirunelveli, she spent a summer as a project trainee at Indira Gandhi Centre for Atomic Research (IGCAR) in Kalpakkam. Without any pressure of exams and marks, Joice felt her scientific curiosity being nurtured. “My time at IGCAR inspired me to pursue research. I looked at other scientists and wanted to be one too,” she said. This time, Joice had the support of her family. Her father, having discontinued his own PhD due to family obligations, was determined to help his daughter become a scholar. Not all her batchmates were this lucky, she recalled. “Out of 18 women [in the Master’s batch], the number of people who are working in the field is negligible. There was no breathing time for them as many got married immediately after their degree, and those who started a job had to quit or take a break due to multiple factors.”

Like many aspiring scientists, Joice’s objective was to find a PhD position with a stipend to support herself as an independent scholar. She spent her MPhil attending interviews for junior research fellowships (JRFs) across the country, but she would soon find out that this was not enough. “Sometimes, they call you for an interview after fixing a candidate. Soon I realised that you need a person to recommend you for these positions, whether or not you had the merit,” she said.  Joice’s rural background did not afford her the social capital that was evidently needed for a successful candidate.

Disappointed, Joice accepted a non-funded PhD position at Anna University in Chennai. A silver lining was the All India Council for Technical Education (AICTE) National Doctoral Fellowship that she later won. “It was not only helpful for students like me without a stipend. I was able to share my funds with my peers since I wasn’t expected to support my family.”

Her PhD supervisor D. Arivuoli, an influential researcher in the field, recommended Joice for exchange fellowships that enabled her to spend more than half of her PhD duration at various research institutes in Italy. In the early days, she struggled to adapt mentally to the different environment and wondered if she should have been more conservative in her choices. But soon she found herself enjoying new experiences such as her first snowfall. While overseas, Joice realised the need for a well balanced work-life routine. “My professor in Italy would bring me a map of the city with places to visit during the weekend,” she recalled.

It was in Europe that Joice transitioned from synthesising nanomaterials to investigating its applications, such as its use in thermophotovoltaics. These devices, she explained, are basically solar cells, but work in the infrared part of the spectrum, instead of the visible light part. “Thermophotovoltaics convert heat energy, such as leakage radiation from room heaters, into electricity, hence conserving energy.” 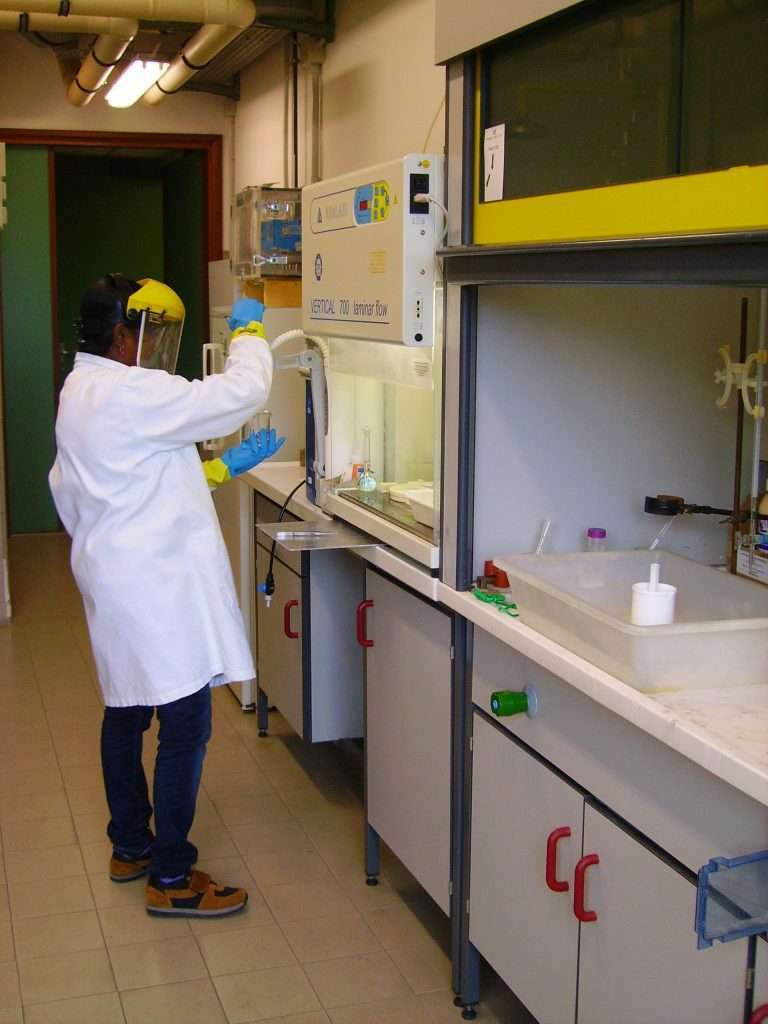 When she returned, the problems with Indian science’s work culture became glaringly obvious. Her colleagues would make comments like “You are a woman. You will get married soon and make chapatis in your house. What do you need a PhD for?” Joice was further appalled to find that such behaviour was not recognised as verbal harassment by many around her. “It feels like we are inside this invisible cloak that prevents us from seeing what is happening around,” she said.

During the final year of her PhD, Joice got married, despite some professors’ “advising” against marriage during the programme. After earning her doctorate, she spent a year as a postdoc in China and another, as an assistant professor in North Macedonia. In 2016, motivated to share her experiences on home turf, she decided to return. It was the last year that she was eligible for the coveted DST-INSPIRE Faculty fellowship (meant for scientists under the age of 32), and she won it. But as it turned out, INSPIRE was anything but a smooth ride for Joice.

“Though the DST-INSPIRE Faculty programme aims to develop independent researchers, it didn’t do that for me,” Joice pointed out. The Innovation in Science Pursuit for Inspired Research (INSPIRE) scheme of the Department of Science and Technology (DST) provides contractual research positions to young scientists and potential leaders in their field.  When Joice came to her host university, she was met with unwelcoming faces. “They saw me as a competitor rather than a colleague,” she reflected. There were probing questions and remarks about her salary and publications. And it wasn’t just the perceptions of her colleagues that held her back. “I wasn’t assigned a computer for a year. They wouldn’t allocate me any facilities. It stunted my growth as a faculty.”

This was also the time when Joice decided that she wanted to have children. When she became pregnant, the Head of her Department remarked, “Why does the government give nine months maternity leave? That too paid!” Things got worse during her second pregnancy a year later. She was denied a second maternity leave and had to refer to the Tamil Nadu government’s order to claim her right. “I would be assigned work by the HOD while I was on my maternity leave. I was called to attend department meetings. And my office was on the topmost floor.”  To Joice, this was a deliberate attempt to make her look incompetent.  Despite the support of a colleague who questioned the insensitivity to the situation of a pregnant woman, no action was taken. “I felt harassed,” she broke down.

Joice made a complaint of harassment at the host university, but her grievances were neglected until she raised the issue to the Tamil Nadu Chief Minister’s special petition cell. This time, a committee was set up to address her issue. However, the committee was ineffective at holding a single person in power accountable. “There were no lawyers; there was only one woman from the host university; the Head of the Department did not attend any of the complaint committee meetings,” Joice pointed out. “I was mentally stressed and wanted to focus on my work again.” Frustrated by the hollow committees, she applied to be relieved of her position and moved to Portugal, to work at International Iberian National Laboratory. “I could have left with the funding I had secured for my research, but it was withheld by claims of a university code violation. I have all the email correspondences to prove my case… but how long can I keep fighting at a critical stage in my life with three children?” Joice asked. Her fellowship was cancelled in 2020, nearly two years after leaving the university.

I could have left with the funding I had secured for my research, but it was withheld by claims of a university code violation. I have all the email correspondences to prove my case… but how long can I keep fighting at a critical stage in my life with three children?

Throughout her time as INSPIRE faculty, Joice was in a constant battle to establish what it means to be a scientist, let alone develop into a leader in her field. She was expected to be humble and share personal stories, something she saw was not expected from men. “Their interests were around my personal life. How much more do I have to give as a woman?” Joice refused to succumb to these expectations by setting boundaries between her work and personal life, and pushing back when she noticed a double standard between women and men. “[But] our society doesn’t see men and women who question with the same eye,” she smiled.

Some of the researchers at Aaivalayam Credit: Dr Joice Sophia Ponraj

While in Portugal, Sathish Chander Dhanabalan, Joice’s husband and a researcher in the same field, came up with the idea of Aaivalayam. In early 2021, Joice and Sathish returned to India to more fully commit to the development of Aaivalyam. Here, Joice and her team – the Aaivalars (a Tamil word for researchers) – work with 2D nanomaterials. “The beauty of 2D nanomaterials is that they are ‘confined’ into two dimensions enhancing its physical and chemical properties. For example, graphene is a single layer of brittle graphite. For a layperson, it would be baffling how a single layer could be strong when graphite is such a brittle material. But on the contrary, graphene’s mechanical strength is 1000 times that of steel! This is a result of graphene’s atomic arrangement”, she said. Her team studies the properties and applications of nanomaterials like graphene.

One of Aaivalars’ focuses is dye degrading reactors. Since dyeing effluents from textile industries has been a major concern for people in Coimbatore, Joice saw the need for a cost-efficient reactor that would encourage more industries to employ them. She explains, “Using nanomaterials as catalysts, we can accelerate the degradation of dyes under sunlight. This process is called photocatalysis. Though ultraviolet light is commonly used, producing it can increase the cost of the process for the industry.”

A photocatalysis experiment depicting how the colour of the solution disappears as the dye degrades. Credit: Santhosh Balaji, Aaivalayam

Besides research, Joice is working to create societies like Aaivalar Women’s Society which provides an international support system to address concerns of women, something Joice herself didn’t have access to. Recently, the society organised a panel discussion titled ‘Women Amid the Pandemic’ with speakers from industry to academia. Joice believes strongly in the need for structures to be put in place to ensure accountability from institutions, as well as the need for women in policymaking.  “If there comes an opportunity to get involved in policymaking, I’ll give it a try…”

Ridha is a graduate in Physics interested in Astrophysical research. When not doing science, Ridha spends time engaging people with it. You can read about their work here: thestoriesoflight.wordpress.com