Officials remain tight-lipped as researchers part of (yet another) fanciful governmental scientific pursuit remain in limbo due to funds that never arrived. Is it the end of the road for the Pune BioCluster initiative? 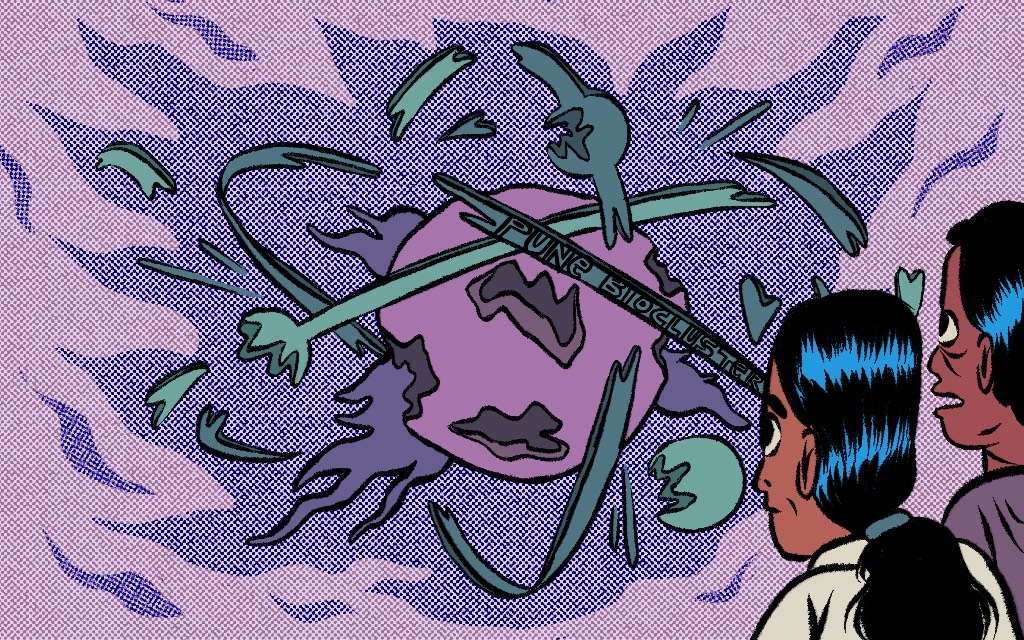 Since its high-profile launch in August 2019, an ambitious initiative by the Government of India to set up a ‘biocluster’ of institutes in Pune seems to have surreptitiously shut down. RTI responses and independent sources have indicated that an unexplained stoppage of funds has led to a loss of jobs and lost opportunities to pursue important COVID19-related scientific questions.

Regional bioclusters, common in the US and Europe, are meant to be multi-institutional ventures that facilitate research and innovation by leveraging the competencies and technologies available across the partnering institutions. The aim is for such regional partnerships to ease the innovation capacities of institutions – something which would be difficult to achieve independently. In India, five bioclusters – in Faridabad, Mohali, Pune, Kalyani and Bangalore – were announced during the budget speech in February 2014. The ones in Bangalore, Faridabad, and Kalyani have been established.

The Pune BioCluster was inaugurated with great pomp and show by the Department of Biotechnology (DBT) Secretary Renu Swarup. It promised to foster collaborations between research, industry and provide resources for animal modelling to tackle human diseases.  At the event, Swarup described the biocluster as “a translational ecosystem that we are creating so that the gap between the research carried out by varsity and the vibrant industry is filled.”

Pune Biocluster will provide an ecosystem for research institutions and industries to interact and come together to develop new technologies: Dr Renu Swarup @RenuSwarup @NCCS_Pune pic.twitter.com/VTH2SONS9M

Under the Government of India’s Startup India initiative, the biocluster (which has the mission “Model Organisms to Human Disease”) was sanctioned on 29 June 2018 for Rs 125.41 crore for three years. It was meant to constitute the Indian Institute of Science Education and Research Pune (IISER-P) and the National Centre for Cell Science (NCCS).  The campus was to be ready two years from 2019 at NCCS, which is located inside the Savitribai Phule Pune University campus. The biocluster intended to support researchers already working at these institutes, as well as the new hires that would join. It promised to provide access to expensive but essential instruments and facilities such as a Biosafety Level-3 Lab (BSL-III), along with full-time technicians and other staff to operate them.

Two years later, the ambitious project is shrouded in mystery with little to no evidence of its ever having been operational, and only ever existing on paper. Sources TheLifeofScience.com (TLoS) has spoken to reveal that nine staff hired for the biocluster have lost their jobs.

Between the NCCS and IISER-P campuses, the biocluster was to introduce the following facilities – bioimaging, BSL-III lab, proteomics, microscopy, electron microscopy, flow cytometry, and whole animal imaging. The researchers participated in several training sessions for the facilities in 2019. Of these, the flow cytometry facility at IISER-P was developed under the biocluster, Aurnab Ghose from IISER-P who has been associated with the biocluster since the early days of its conceptualisation, confirmed. This facility is now being used in a multi-institutional project in a long-term investigation of the immune response to the COVID19 vaccines. 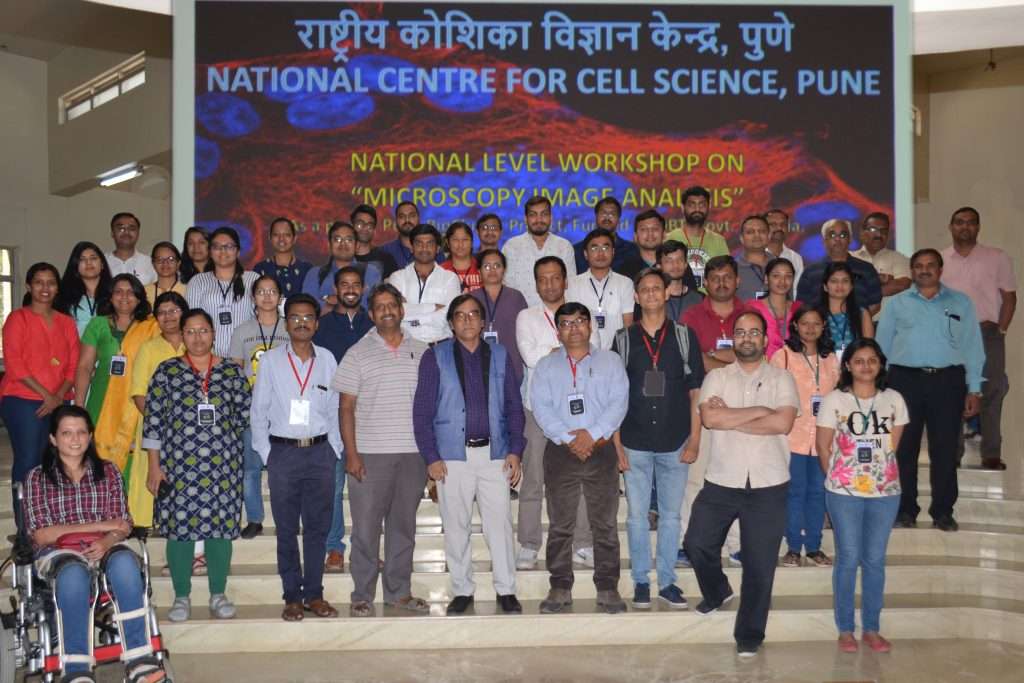 Participants of a national level hands-on training workshop organised by NCCS as a part of the Pune BioCluster initiative.

However, sources from NCCS  who are aware of the situation state that only two microscopes of the five were installed at their campus towards the biocluster for the bioimaging facility, during the COVID19 lockdown. NCCS has reportedly not received funds for the BSL-III facility, nor for several super-resolution microscopes that were sanctioned. The BSL-III facility was to independently run research work with infectious agents, making it a crucial asset in the current COVID19 pandemic. As of 15 February 2021, the construction was yet to begin as funds hadn’t been disbursed, an RTI has revealed. Currently, the only BSL-III lab (which has the appropriate safety protocols in place) is at the National Institute of Virology, Pune..

Cryoelectron microscopes are key to understanding the structures of proteins; it could shed light on how viruses such as SARS-CoV-2 looks like, how it enters cells and how to design medical strategies. IISER-P had tendered a cryoelectron microscope, but they could not get it for the facility due to the funds not being disbursed, according to sources.

Sources associated with IISER-P and NCCS have indicated that the funds were released in a piecemeal manner till around February 2020. This meant infrastructure for only certain aspects of the project could be established. This uneven support disrupted the continuity and integration of various aspects across the project. Further, significant time and effort had gone into recruiting and developing (through extensive training) expert staff for the project activities till May 2020, which is when all the staff were abruptly let go. Trained personnel, like Chandni Praveen who according to sources relocated from the US to take up her position as the facility in-charge of the BSL-III laboratory, had to be let go by the Pune BioCluster due to discontinued funding.  Though she is still listed as the ‘Facility In-Charge’ of the BSL-III lab, Praveen’s official email ID no longer exists and TLoS was unable to reach her. 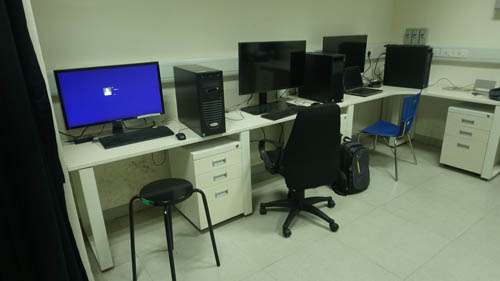 An image of a computer lab at IISER-P on the Pune BioCluster website. In May 2020, all the staff hired for the biocluster had to be relieved.

Sources say that the staff hired specifically for the biocluster in 2019 have been let go. Whenever those employed by NCCS and IISER-P have appealed for clarity on the future of the project but in vain. A former staffer of the biocluster has stated that the funding stopped around February 2020 but the institution continued paying their salaries for a few months, presuming that they would eventually receive the funds. However, by May 2020, the staff was let go due to fund cessation, and some of them are, as of now, unemployed. The eerie silence from DBT continues.

Almost all the NCCS, IISER-P and ex-biocluster staff we spoke to requested anonymity. Some NCCS sources mentioned that the staff were instructed that the matter could not be discussed with the press without DBT’s permission.

Findings from an RTI

On 25 January 2021, an activist filed an RTI seeking information about the biocluster. According to the response to this, dated 15 February 2021, no communication about the Pune BioCluster’s funds was made available after 4 May 2020 to NCCS. The RTI also revealed that no personnel were currently employed at the biocluster, despite nine researchers and scientists being hired for the facility (the sanction letter necessitated a total of 13 staff to be hired). NCCS was supposed to receive Rs 5356.9 lakhs from DBT by 15 February 2021; this did not happen.

The Demand for Grants report presented to Rajya Sabha on 8 March 2021 by the DBT  stated that in the Revised Estimates of the 2020-21 Budget, there was a 17% reduction in the funds originally estimated by the department for setting up the Pune Biocluster. The Department told the Rajya Sabha that the reduction in funds did not affect the ongoing projects and all committed funds had been provided, according to the report. However, the report states that the second instalment of the grant has not been released for the BioCluster, citing ‘administrative issues’ but does not go into details of what those issues may be.

The report also states that Rs 960 crore was allocated for ‘Industrial and Entrepreneurship Development’, a 250% increase from 2020, for activities furthering the COVID-19 vaccine development programme of the country. However, in the same breath, the DBT admitted a 30% reduction in ‘Assistance to Autonomous Institutions’ in the last financial year and gave no satisfactory response for the reduction. 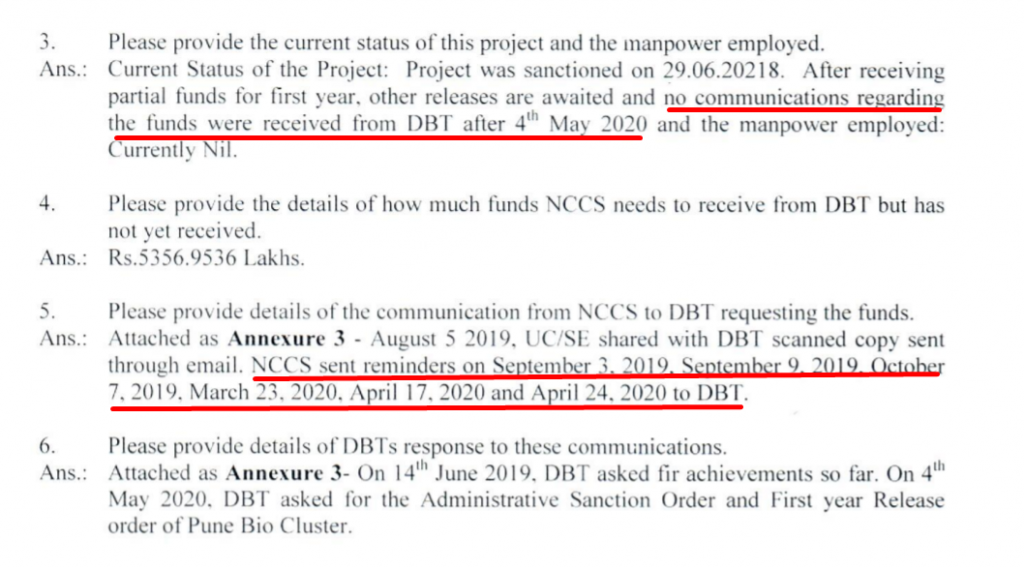 An excerpt of the RTI response.

According to the RTI, NCCS followed up with DBT for disbursal of the funds from August to September 2019. In April 2020, NCCS Director Manoj Kumar Bhat confirmed in an email to Suchita Ninawe of DBT that the biocluster’s trained personnel was being let go due to no funds being available under the personnel budget. The RTI response also mentions that there were unspent funds under the ‘Equipment’ and ‘Consumables/Contingency’ categories that NCCS wanted to reappropriate for holding on to the trained staff, but the query to DBT went unanswered.

This turn of events is a big blow to biomedical research in India in the face of the pandemic. Significant time and effort spent on extensive training and recruiting have been wasted due to the unexplained lack of continued funding. Some personnel had left other institutions assuming their jobs would be permanent—given that a biocluster is an infrastructure project, which usually runs for several years. This has had a ripple effect on their families and their communities.

Both NCCS and IISER-P are actively engaged in research and public health services, but there is no doubt that an operational biocluster would have accelerated their contributions. A BSL-III lab would have enabled direct experimentation with the COVID19 virus and isolation of different strains to test for vaccine efficacy; the cryo-electron and superresolution microscopy would have allowed local researchers and industry to have invaluable resources to investigate the cellular interactions of the virus and our immune reactions.

TLoS reached out to the DBT Director, as well as the directors of IISER-P and NCCS for comments, but there was no response until the time of publishing this article. Unless DBT wakes up to these concerns and sheds their opacity, the future of the Pune BioCluster looks decidedly bleak.

Akriti is an independent journalist based in Delhi. She is curious about the way people interact with their environments – physical, political, social, and digital.