Letters of recommendation have become a means to bully, and the evidence is all around us. Reflecting on an episode in her own life, a young scientist critically examines this dominant practice. 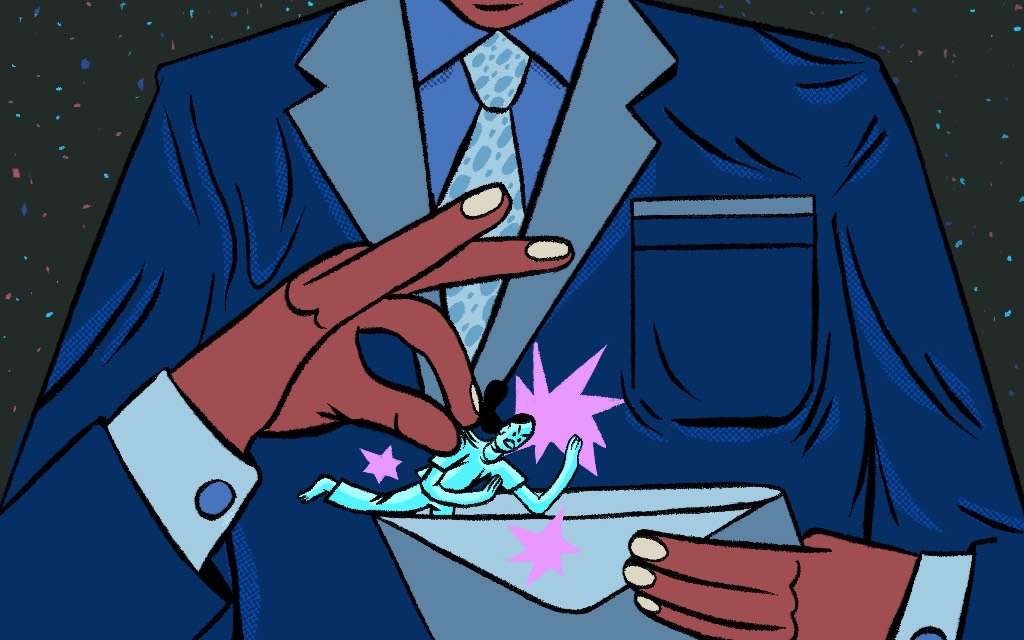 When the physicist Albert Einstein applied to be a professor at ETH Zurich in 1911, ETH was reportedly not convinced of his suitability – even though he was already an established professor at Charles-Ferdinand University in Prague. What ultimately helped his case were letters of recommendation (LoRs) from two famous scientists, Henri Poincaré and Marie Curie.

LoRs are still a key selection tool used in academic recruitment in many countries, spanning from graduate school applications and academic jobs to prestigious research fellowship applications. The idea behind LoRs is that they can offer context and help validate the credentials of the candidate. Furthermore, they are believed to provide insights about the applicant beyond their curriculum vitae (CV): while the CV captures the highlights of the applicant’s career, the LoR is an opportunity to learn about the applicant’s everyday performance, especially from the perspective of a previous academic supervisor or employer.  The feathers in one’s hat, as highlighted in their CV, have no meaning without a strong LoR.

Unfortunately, while it is compulsory for an applicant to submit an LoR as a part of their application, the academic supervisor is under no compulsion to provide one. This imbalance in the dynamic is where the exploitation starts.

In the final year of my undergraduate degree in biotechnology, I did a research project in a top lab at Indian Institute of Technology Madras (IIT-M). After completing my degree, in 2009, I joined the same lab as a research associate. I was convinced that I wanted to continue in scientific research and pursue a PhD, so halfway through the post, I began applying to PhD positions in India and abroad. The world economy was still in recession, so my chances of securing a fully-funded PhD position were slim. Despite this big obstacle, I was prepared to keep trying. However, I was not prepared for the obstacle that arose when I requested my Principal Investigator (PI) for an LoR.

Unfortunately, while it is compulsory for an applicant to submit an LoR as a part of their application, the academic supervisor is under no compulsion to provide one.

I was working on an especially challenging research question — one that I now realise neither my PI nor I were equipped to solve. We were trying to develop a mathematical model to predict bone tissue adaptation to external forces and validate this model using computer simulations. I had never worked on bone tissue nor performed such simulations until I started on that project. Naturally, I was struggling to get outputs. When I approached my PI for an LoR for my PhD applications, they replied that they would only write me one when I completed the project – something I was pretty sure would not be possible before the application deadlines. The PI claimed that they would be unable to comment on my skills before I showed them research outputs. It did not seem to matter to them that I had successfully completed my final-year undergraduate research project in their same lab and they were familiar with my work and with me.

As a naïve early-career researcher I initially blamed myself. It was only after a conversation with Dr. Lakshman Chandrasekhar, a professor who was visiting from the UK, that I started seeing things differently. The professor clarified that since I had worked with the PI for over six months, they knew me well enough to provide a LoR, and LoRs should be provided irrespective of project completion. Empowered with this knowledge, I confronted the PI. This time they did agree to write me an LoR, but with a warning that it might not be as promising as it could have been had I completed the project. Essentially, the PI abused their power as a referee to put undue pressure on me to produce research outputs. Such instances may not be all that uncommon in Indian academia.

This traumatising experience made the power imbalance between students/researchers and senior academics shockingly apparent to me. Senior academics, especially at the premier institutions in India that we all aspire to be a part of, have to recognise that they have a responsibility to adopt good academic practices that are fair and can benefit the next generation. However, many academics abuse this privilege in the most blatant manner to exploit and extract. The students succumb to this powerplay in the hopes of getting a (hopefully decent) LoR that may help them access the next stage of their career.

Essentially, the PI abused their power as a referee to put undue pressure on me to produce research outputs.

I am currently a lecturer at the University of Bath in the United Kingdom. In my career journey so far I have provided and received LoRs for/from candidates, as well as submitted LoRs as part of my job applications. From the receiving end, I can see how it can be useful in making recruitment decisions. I do scan them to identify red flags and through the interview process confirm these.

However, in its current form as a subjective letter with no predetermined format or mandate to provide one, LoRs are neither a fair nor equitable tool. By nature, LoRs are highly subjective, which combined with the confidentiality element (the PI submits it directly to the employer and the applicant is not privy to its contents), makes it a prolific tool for magnifying individual prejudices and unconscious biases. This includes potentially promoting gender, class and caste-based inequalities. For instance, Dutt et al. analysed 1,224 LoRs submitted by recommenders from 54 countries for postdoctoral fellowships in the geosciences over the period 2007 to 2012. Their results revealed that female applicants are only half as likely to receive excellent LoRs versus good LoRs when compared with male applicants, suggesting the impact of gender bias affecting women at a critical juncture in their career.

In another study by Trix & Psenka, the authors examined over 300 LoRs for medical faculty at a large American medical school in the mid-1990s. LoRs written for female applicants were found to differ from those for male applicants, especially in terms of the percentages with doubt raisers (an extended category of negative language, often associated with apparent praise – for example, “she might be a good leader in the future”) and reinforced inaccurate gender schema portraying women as teachers and students, and men as researchers and professionals.

As things stand, LoRs enable an extreme power imbalance and are unreliable predictors of future performance. Naturally, this raises questions on their usefulness and need. If academics feel that the CV and interview process are insufficient to inform on the eligibility of a candidate, then certain interventions are necessary to make the LoRs a fair and equitable tool.

By nature, LoRs are highly subjective, which combined with the confidentiality element makes it a prolific tool for magnifying individual prejudices and unconscious biases.

To begin with, academic supervisors need to be trained to write appropriate LoRs and to use language that avoids unconscious biases. Since it is a mandatory requirement for a studentship or job application, it should be made mandatory for PIs to provide their students and research staff with one in a timely manner. A protocol for non-compliance needs to be put in place to ensure the PI submits it before the application deadline. Finally, recruiters should take LoRs with a large pinch of salt or if possible, entirely phase out the practice or move away from narrative LoRs to more objective standardised LoR formats as used in certain fields.

We’ve come a long way since Einstein. LoRs that were once a means to empower are now hindering our progress towards a fair and more inclusive practice of science. For those who still need convincing, it may be useful to remember that during the investigation into a recent academic misconduct case, it came to light that the PI had bullying tendencies. When a lab member informed them that she would not be able to work late one night, they allegedly did not take it well. “You know I still have to fill out the recommendation form right?” the PI told her.

Sandhya Moise is currently a Lecturer (Assistant Professor) at the Department of Chemical Engineering, University of Bath, United Kingdom.