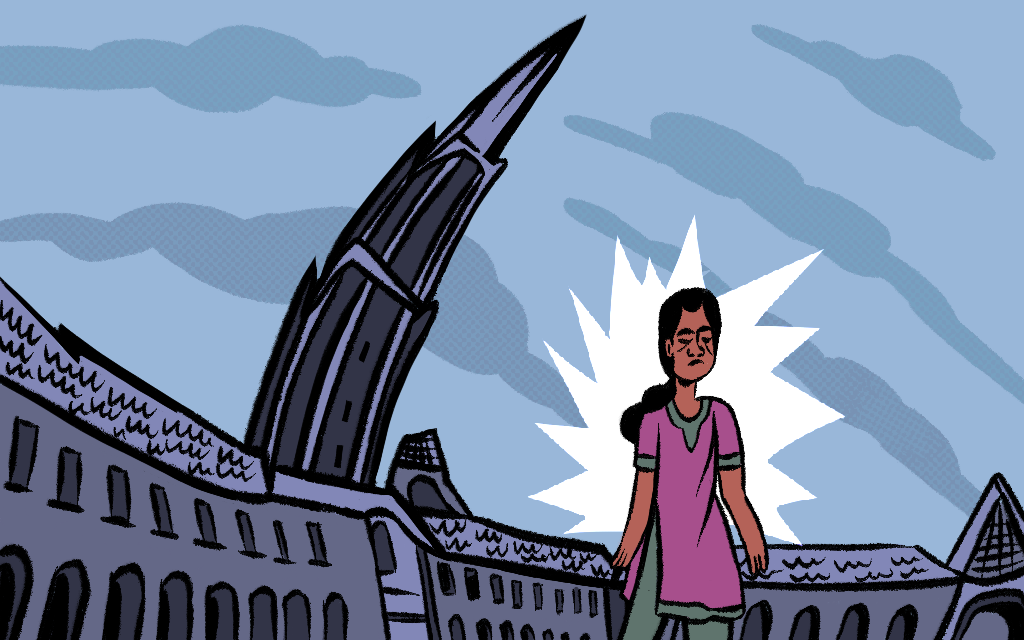 Mental health issues are often unseen, and difficult for people to perceive even if they themselves are suffering. It is generally believed that one in every five people suffer from some sort of mental-health issue. The situation is worse  in academia, where, according to one study, almost one in two individuals admitted to having faced mental health issues during their careers.

The new University Grants Commission (UGC) guidelines on the safety of students on and off-campus of higher educational institutions mandate in-house counselling to be made available to all students in hope to address the problems faced by students emotionally and academically. While many institutions have a psychological support system in place, I have come to realise that there are no interventions to assess the quality and nature of the services provided. My own experience devastated me personally and professionally. I am never going to consult an institutional psychologist ever again or recommend someone to do so.

I was diagnosed with bipolar disorder-II when I was 17 years old. Since then, I have been taking medicines and undergoing therapy. However, I had to discontinue the therapy when I moved to Hyderabad to pursue my research career. After many trials and errors, I decided to meet the institutional psychologist at the elite research institution I was working at.

I am never going to consult an institutional psychologist ever again or recommend someone to do so.

Initially, all was well between the psychologist and me, but things changed after I left the campus to go home with the partial lifting of COVID restrictions last year. At home, the added pressure of isolation during the lockdown pushed me towards depression.

On one desperate night, I overdosed myself with my prescribed antidepressants. Realising my mistake, I informed everyone, including my psychiatrist and psychologist, and got admitted to the hospital. Speaking to a friend while at the hospital, I realised something shocking. My psychologist had spoken to him about some of the personal matters I had discussed during my sessions! Shaken, I quickly called and questioned the psychologist about why they breached confidentiality. They curtly denied it and disconnected the call.

After this incident, the psychologist stopped responding to my requests for consultations. They asked me to contact the institute director if I wanted to continue. This was strange because I had been consulting with them outside the campus for the past four months. I did not understand why I needed the director’s permission to seek therapy, but since it was difficult to find a new therapist during the pandemic, I went ahead and emailed the director. To my shock and horror, he immediately replied that I have been terminated from my position. No reason was given to me, except vague references to the pandemic. Desperate, I sent multiple emails attaching my fitness certificate and even expressing willingness to get certified by a doctor recommended by the institute. I never received any response to these requests.

Later on, some introspection helped me understand how problematic the current state of  institutional psychological support systems in India is. At no point had the psychologist or the institutional authorities made any effort to get my informed consent [informed consent is where one explains all aspects of the therapy including alternative treatment options and takes approval from the patient]. Ethical codes of conduct prescribed by the American Psychiatric Association and the Indian Association for Clinical Psychologists mandates taking informed consent.

Moreover, at no point did the psychologist sign a document assuring that whatever information we discuss during the sessions will be kept confidential. From my understanding, this is a common good practice. My psychologist used to talk to my colleague about me, but I always thought that was a sign of their concern for me. It was only later that I realised this was a breach of confidentiality.

The psychologist pushed many of us (with chronic/persistent issues) to meet them outside the campus and take costly tests. Considering how underpaid junior researchers in academia are, we wondered what the point of having a therapist on campus was if the diagnosis itself is just as expensive as anywhere else. According to the psychologist, the institute’s service covered only distress management and not psychological support in already diagnosed cases like mine. If this is true, why is it not considered important enough to disclose to us at the beginning?

Considering how underpaid junior researchers in academia are, we wondered what the point of having a therapist on campus was if the diagnosis itself is just as expensive as anywhere else.

During my termination process, I was informed that the psychologist had deemed me unfit to continue my work in the institute. At this point it had been two months since my last session with them. I was shocked by how someone who had not met or talked to me for months was able to certify my physical fitness. It did not seem to matter to them that my physician, a neuropsychiatrist, had certified my fitness already.

My hurried termination made even less sense when I found that my PI okay with my issues, of which he was always aware. Did the authorities find my presence detrimental to the institution simply because I questioned the authority about the breach of confidentiality by the institutional psychologist? Unfortunately, even the students’ council, which exists to support students like me, did not react to my concerns even after I provided them with evidence.

After these unsettling events, I immediately sought help from another clinical psychologist. I was heartened to see that the very first thing they did was to take informed consent. Now, nine months after my sudden termination, I am doing way better with significant reduction in medicine dosage. I am also involved in multiple ventures and making improvements in my career.

My intention is not to scare anyone away from seeking support from institutional psychologists. The intention is to urge institutions to be more sensitive while dealing with such situations. Instead of having a perfunctory mental health-support system and internal complaints’ committee, there needs to be a stronger focus on making it accessible, available, and reliable.

To those of you seeking help, I hope my experience empowers you rather than threatens you. Consent matters! It may sound like a lot to ask from a suffering person, but we, along with our caregivers, institutes, grants commissions and psychologists, must take collective accountability for this.

Acknowledgements: TheLifeofScience.com Season 6 is supported by contributors to our crowdfunding campaign, STEMpeers, and also by a grant from the Thakur Family Foundation. Thakur Family Foundation has not exercised any editorial control over the contents of this reportage. We would also like to acknowledge editorial support for this piece from Hansika Kapoor at Monk Prayogshala. The featured image for this piece has been illustrated by TLoS season 6 artist, Ayesha Punjabi.