On International Day of Conscience 2021, we deliberate on the use of 'womxn' and other alternative spellings of 'women'. 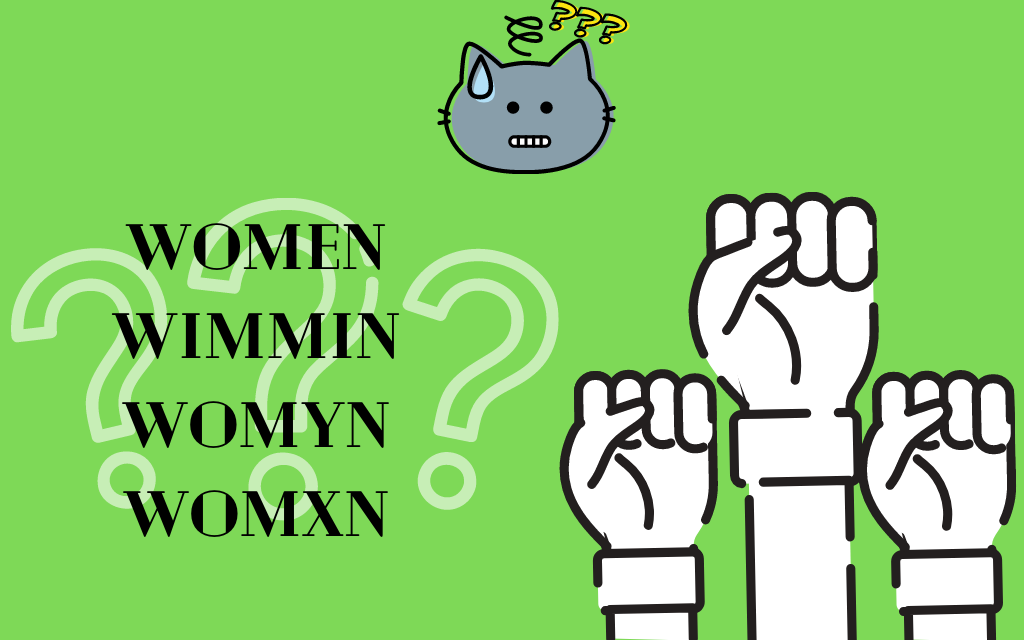 As a feminist collective, TheLifeofScience.com (TLoS) supports the diverse efforts to make language free from implicit and explicit patriarchy, misogyny, transphobia and gender bias. However, as we have realised, the process of ungendering language needs nuanced engagement. On January 1, 2021, we challenged ourselves (and you all) to highlight the contributions of 365 scientists from marginalised genders in India, and named this project #365IndianWomxninSTEM. A number of followers alerted us to what was presumed to be a typo, but we used this chance to explain that ‘womxn’ was our way of being inclusive of cis and trans gender women. However, since then, we have come to understand that this usage is problematic. You may have noticed that we recently switched from our usage of ‘womxn’ to ‘women’. Today, being the UN designated International Day of Conscience, we tell you what went behind this decision. We hope this opens up a more nuanced deliberation on language and its effects. This post is a reproduction of our Twitter thread on the same issue, albeit with minor edits.

Through the thread and the post, we will deliberate on the use of the word ‘womxn’, its roots, who it accommodates (or not), and its impact.

Thanks to those of you who have already written to us about this, and a special shout-out to TLoS’s Sayantan Datta who took a lead on the research involved in developing this thread. We invite suggestions, thoughts and deliberations as comments/replies; if you prefer email, we are at labhopping[at]thelifeofscience[dot]com.

The roots of ‘womxn’

Note: We have not included our learnings about the early histories (old English constructions of ‘Wer-man’ for men and ‘wyf-man’ for women) of gender words in English, as well as the 18th, 19th and early 20th century histories of the three words mentioned below. For these, we request our readers to check out this Wikipedia page and the hyperlinks mentioned therewith.

The contemporary use of ‘womyn’ in print can be traced to the 1976 Michigan Womyn’s Music Festival, more popularly known as the MichFest. The fest continued till 2015. ‘Womyn’ also appeared in the name of the Chicago lesbian feminist music venue ‘Mountain Moving Coffeehouse for Womyn and Children’, which was in operation from 1974 to 2005.

Contemporary use of the word ‘wimmin’ can be traced back to Zsuzsanna Budapest’s movement in the 1970s to establish a female-only/women-only form of neopagan witchcraft.

What about the origins of the word ‘womxn’? We could not find a historical source defining the origin of the word. Its use seems to have become increasingly popular in the late 2010s.

Who do these words (not) accommodate?

Many people use these words for their apparent ‘inclusivity’, i.e, they allow us to refer to not just cis-women but also trans women and non-binary people. Or so we thought. A quick look at the history of these words, however, tells us that these words are far from inclusive.

The MichFest and the MM Coffeehouse both had a transphobic ‘womyn-born-womyn only’ policy. Transgender women were not allowed to participate.  In fact, Lisa Vogel, one of the organisers of MichFest, publicly defended the propagation of transphobia by this policy multiple times. Once she said, “there is nothing transphobic with choosing to spend one week with womyn who were born as, and have lived their lives as, womyn”. This is a transphobic statement that portrays transgender women as non-women or incomplete women.

To oppose this transphobia, Camp Trans was born. CT was an annual protest demonstration outside the MichFest, held by transgender women and allies in protest.

There is also evidence that Z. Budapest has excluded transgender people from her rituals. A notable example is her 2011 PantheaCon ritual that was exclusively for cisgender women. To sum up, these alternative spellings come from trans-exclusionary radical feminists (TERFs).

To be clear, transgender women ARE women and often associate with the labels ‘women’ or ‘transgender person’. Non-binary people don’t necessarily identify as women or with any of its alternative spellings.

As we are opposed to any and every form of transphobia, we have decided to stop using ‘womxn’ due to its exclusionary and discriminatory history. As the discussion continues, we have changed our hashtag to #365IndianWomeninSTEM. Please keep nominating (the link to the nomination form is here).

Is it worth looking for a word that includes diverse people from different marginalized gender identities and that reflects the solidarity between these identities? Do let us know your thoughts, especially if you identify as trans, non-binary, agender, genderfluid, gender-nonconforming and/or any other marginalized gender.

Note: If you have another (preferably publicly available) resource that should be a part of this list, please let us know.