Questions about freedom of expression at IISER Kolkata have been raised with two students suspended for alleged misbehaviour after they demanded clarifications on the secretive manner in which a testing camp was conducted on campus. One of them has since resigned. 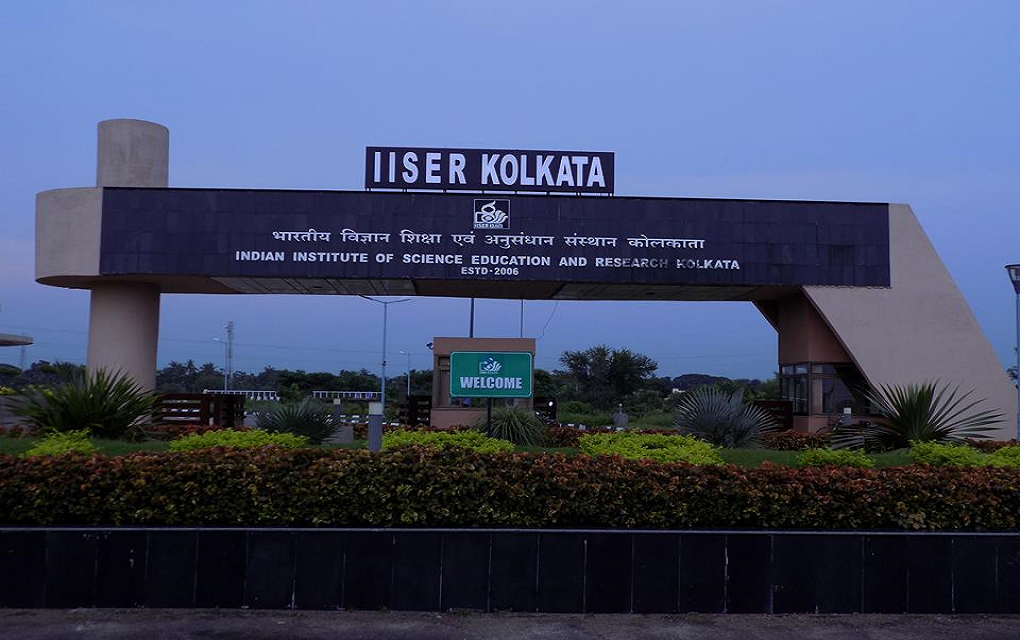 Two PhD students of Indian Institute of Science Education and Research (IISER) Kolkata were suspended on earlier this month after a faculty member complained about the students misbehaving with her. The alleged misbehaviour occurred when the students confronted Jayasri Das Sarma, a member of the campus COVID task force, about a lack of transparency in choosing the beneficiaries of a COVID testing camp organised on campus on October 20. The harsh nature of this punishment and the unclear reasons behind it has raised questions about freedom of expression of students and the quality of the academic atmosphere at IISER Kolkata.

The incident came to light when one of the suspended students, Arunita Banerjee, Chief Editor of the institute’s science media platform Cogito137, resigned from the institute to protest the punishment meted out to her and Susnata Karmakar, both PhD students at IISER Kolkata.

The chain of events seems to have begun on October 19, when a member of the student-run Student Affairs Committee for Food, Health & Hygiene (SAC-FHH) learnt of a COVID-19 testing camp to be held the following day, in partnership with  JNM Hospital, Kalyani. Since there had been no official intimation of this, the student went on to notify all IISER students of this opportunity. The email was accompanied by an online form for students to fill out if they were interested in getting tested.

However, on the day of the camp, none of the 50-odd student respondents to the form received any follow-up instructions from the administration or the medical unit on campus. Concerned, seven students, including Arunita and Susnata as well as the aforementioned member of the SAC-FHH, went to Jayasri Das Sarma for clarifications, after being informed that she was coordinating the camp. At the meeting, Jayasri denied that she was in-charge, saying that she was merely the facilitator. In the course of the exchange, that occurred in a department corridor, Jayasri said that only eight samples (six students and two faculty) were collected that day. The students questioned her about how these eight persons were prioritised and why none of the students who had filled the form were called. Arunita additionally expressed concern about why the canteen staff on campus were not prioritised despite one of them testing positive for COVID-19 that day. The students also demanded that Jayasri explain why the administration or the COVID taskforce did not officially announce the camp.

Jayasri told TheLifeofScience.com that she facilitated sample collection upon request by the COVID taskforce and some faculty members. She said that it was the IISER medical unit physicians who had selected a “few appropriate samples” that day, and that this camp was only meant to be a trial run for the sake of establishing a routine protocol for sample collection. “On the day of the trial run, a group of students led by these two (suspended) students came to me and demanded testing of 50 additional samples without understanding the reasons behind this trial run,” she said. Jayasri claims that while she was trying to explain to them the rationale behind this sample collection and the purpose of the trial run, Arunita and Susnata turned hostile. “These two students started abusing me using language which is unbecoming of a student at an institute of national importance. Such harassment of faculty in the workplace led to the resignation of several COVID taskforce members, including its chairperson (who is also the chairperson of the medical unit),” she said via email.

According to Jayasri, the other students later apologised to her for their behaviour, but Arunita and Susnata persisted with their abuse of her on social and electronic media. Arunita denies this. She said that there was no mention about the use of any abusive language in Jayasri’s email complaint. She also pointed out that the special disciplinary committee that was formed to investigate this had been clearly told that no abusive language was used by either of the parties, and the committee did not object to it then. Susnata also denies saying anything about Jayasri on social media.

The day after the incident, Jayasri lodged a formal complaint with the head of the Biological Sciences department as well as other department faculty members.  In the formal complaint, she mentioned that Arunita and Susnata accused her for “the decision to send random six students for testing”, when in reality she had no role to play in this. She said that the students had misinterpreted her role in the issue as well as the agenda of the organised COVID testing camp. She also mentioned that Arunita shouted at her in the corridor.

On the same day, Susnata sent a mass email seeking clarifications regarding the COVID testing camp from the IISER fraternity. The Dean of Students’ Affairs Balaram Mukhopadhyay replied saying that it was the medical unit of IISER Kolkata that had prioritised the samples sent for testing. He said that filling up the form did not guarantee that they would be tested, and suggested that a future camp may be arranged on the recommendation of the medical unit. However, the Dean’s mail did not explain the rationale behind the prioritisation of the eight samples.

In response to Jayasri’s complaint, a “special committee” was constituted by IISER Kolkata Director Sourav Pal to look into the issue. Of the seven students who had gone to talk to Jayasri, four were summoned by this special committee on October 28. Three (including Arunita and Susnata) turned up in person, while the fourth person (the same member of the SAC who had circulated the online form) appeared before the committee over a phone call. On November 6, Arunita and Susnata were shocked to find out via email that they were suspended for two months and would need to undergo [psychological] counselling during this time. It was only in this notice that the “special committee” revealed themselves as a “special disciplinary committee”. As per the committee’s directions, the two are barred from entering the campus for this duration. They have also been warned that further misbehaviour would invite harsher penalties.

Arunita and Susnata feared that their fellowships may be stopped during the period, although the official suspension notice does not state that. The two researchers have sent out mails to the Director, members of the special disciplinary committee, the Dean of students’ affairs, the Student Affairs Committee (SAC) and other members of the IISER fraternity for help. They pointed out that IISER Kolkata ordinances require representatives of the SAC to be present in the disciplinary committee, and there was no member of the SAC present during the interaction with the special disciplinary committee. In response, about 100 IISER Kolkata students and alumni have written to the Director expressing their concerns about how the incident was handled.

Regarding the absent student representatives in the committee, Jayasri offered this explanation: “To my knowledge, student representatives refused to be part of the special disciplinary committee (DC) even upon invitation. The stated reason was that student representatives have been personally attacked in social media by these accused students for simply performing their jobs in a previous DC that evaluated their earlier disciplinary violations.” Arunita is not satisfied with this explanation. According to her, even if one or two members of the SAC do refuse to join in the meeting, other members of the SAC should be invited to be a part of the committee. Susnata also mentioned that to the best of his knowledge, only one member of the SAC was approached, and that too over their personal email ID.

Arunita told TheLifeofScience.com that she has received an informal call from the Director. He has assured her that her fellowship will be taken care of and that he would be able to get rid of the suspension after a month. She was repeatedly asked to not pursue the matter with the media. Arunita insisted that the institute can only expect her cooperation if it sets aside her suspension at least for the time being. At the time of filing this report, she has not received any further communication. Arunita filed her resignation soon after, citing the lack of transparency regarding the punishment and increasing mental stress.

In her response to TheLifeofScience.com’s questions, Jayasri claimed “the accused students in question have a long history of disciplinary violations over the last several years”. Arunita and Susnata, however, believe that the extremeness of their penalty may be a tactic from the institute to use them as an example to other students to discourage them from asking critical questions and voicing their opinions against the institute. They suspect that their reputation for standing up for various other injustices and unfair acts by the institute may be a reason that they are being targeted.

TheLifeofScience.com also spoke with the PhD supervisor of one of the accused students. Anindita Bhadra, Arunita’s supervisor, is of the opinion that the punishment was hastily imposed. She said that she was not contacted by the special disciplinary committee before the decision was taken; rather, she was only intimated of the punishment via an office order. Anindita fears that this incident will harm Arunita’s career, her own lab’s work, as well as the institute’s science communication efforts. Just in October, Cogito137, of which Arunita is Chief Editor, had launched its multilingual YouTube channel with great virtual fanfare and the support of big names of science such as Kiran Mazumdar Shaw, K. VijayRaghavan, Sourav Pal and Pallav Bagla. Cogito137 had announced an event regarding this year’s Nobel prizes to be held this week (November 20, 21 and 22), but various faculty members invited to talk in the event have withdrawn from the same after Jayasri’s complaint.

Since the incident came to light, several members of the scientific community have expressed their concerns regarding students’ freedom of speech. Many agree with Anindita that students are adults who are capable of independent thinking, and should be encouraged to ask for accountability in the activities of the institute. Others have pointed out that this can be a deterrent for future students who may be considering joining IISER Kolkata. At the time of writing this report, support for Arunita and Susnata has also poured in from Indian Institute of Technology, Kharagpur, and IISER Mohali.

Unfortunately all of our institutions have rules against employees and students speaking against their institute (and govts). Some use, many others may not. But it’s there. So it limits how much risk anyone can take depending on local culture of the institute.

I hope they will! We need to build institutions that treat individuals equally, devoid of feudalism. Unfortunately, it’s rarely seen in India. @kvijayraghavan @pallavabagla @shubhatole @joshiamitabhevo

Just a thought, do the powers that be at IISER Kolkata realize that such things are a consideration for talented students choosing between IISERs at Kolkata, Pune, Mohali, etc? News like this is a deterrent to joining (at least it would have been for me!) Or do they not care?

Emails from TheLifeofScience.com to the Director (Sourav Pal), the Dean of students’ affairs (Balaram Mukhopadhyay), the Dean of faculty affairs (Biswarup Mukhopadhyaya), the Convener of the special disciplinary committee (Tapas Sengupta) and the SAC have so far received no response.