To people with disabilities in India, STEM fields remain largely inaccessible. A glimmer of hope has come in the form of the National Education Policy 2020, but unless some serious gaps are addressed, progress is unlikely. 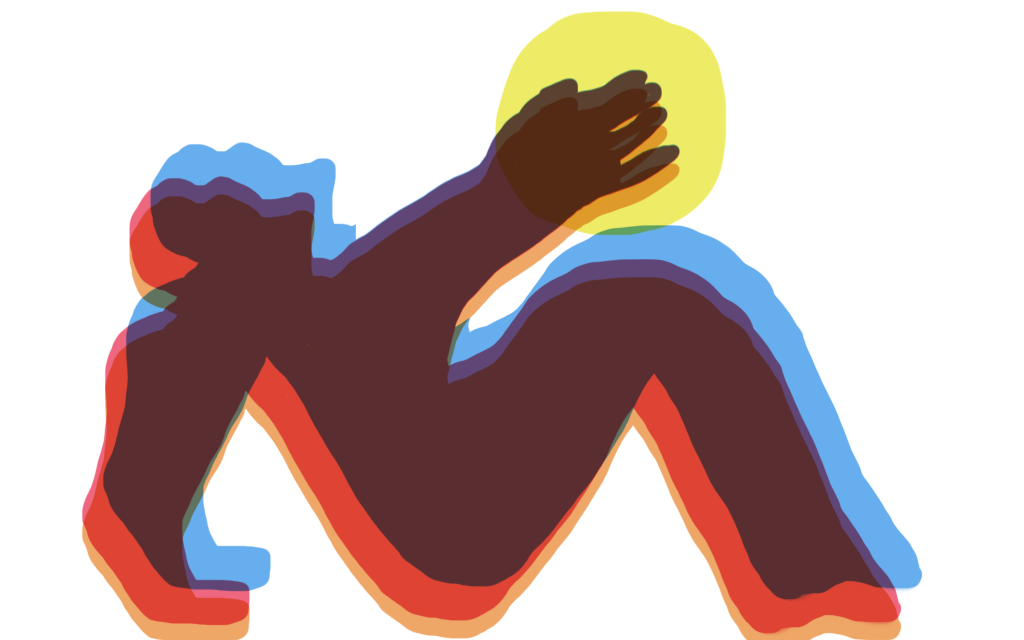 By Vanshika Singh and CM Manasvi

“I would explain the calculus equations to my scribe as best as I could, only to come back home after the examination and find that the Greek symbol theta had been misrepresented. That would put my entire year’s efforts to waste.”

Vidhya Y. is the trustee and one of the co-founders of Vision Empower, a social enterprise incubated at IIIT Bangalore empowering children with visual disabilities to pursue an education in science and mathematics. Herself a visually disabled person, Vidhya’s journey in mathematics began in high school when she held up against the tide of the popular opinion that science and mathematics are beyond the reach of people like her. According to her, people with disabilities are often coaxed to pursue subjects such as economics and political science – subjects that are considered to be within the grasp of people with disabilities. It was the love for math that triumphed for Vidhya at last, as in 2009 she became the first visually disabled person to pursue mathematics at the higher secondary level in Karnataka. She also went on to become the first visually disabled undergraduate student to major in computer science at Christ University. Along the way, she has jumped through a slew of administrative hoops.

“Most blind schools back in the day did not offer science and mathematics, let alone have teachers trained in disseminating the intricacies of the subjects through the right media for visually disabled students. Having obtained my education through the Karnataka State Board, I had to move the authorities to allocate an additional hour in the examinations for visually disabled students. Communicating with the scribe takes that much extra effort and time. From next year on, the extra hour became a provision for our student community across the Karnataka State Board.” 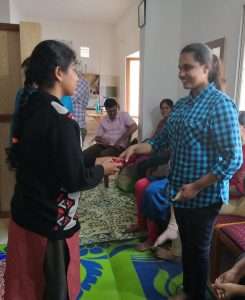 Vidhya felicitating a student during an event at Vision Empower.

Presently through Vision Empower, Vidhya provides training in science, mathematics and digital literacy to young children with visual disabilities. Vision Empower trainers curate multimedia resources in accessible formats for them such as tactile diagrams and create assistive technologies like affordable book reading devices in braille. Determined to sharpen the curiosity of the young minds, Vidhya is leading several flagship programmes like Anubhav, an experiential programme in STEM learning. Through summer camps and workshops in science and mathematics, the programme aims to instill a scientific temper in young children with visual disabilities.

Scientific temper as an antidote to rote learning

More often than not, innate curiosity can be a more potent motivator of scientific temper than a conventional form of education. Nandakishore, a 16-year-old child with Asperger’s syndrome stands testimony to that.

“Although my son’s previous CBSE school failed to keep him interested in science, he would explore the world of science through YouTube,” Gayathri Sekhar, his mother, remarked. When Nandakishore shifted to a special school for autistic children, he was exposed to coding and picked it up independently. Inspired and self-initiated, he has now built a steering rover model and codes for animations as well. “Make our children do science hands-on, not through memorisation,” Gayathri urged.

“Teachers and institutions need to be responsive to disabilities if we want to shift the status quo of the education space in India,” suggested Rukmani Krishnaswamy, Director of Spastics Society, a non-governmental organisation for persons with neuromuscular and developmental disabilities. In her opinion, children’s curiosity needs to be ignited through small and practical experiments. Kairali Nair, the ex-Principal at the Learner’s Centre of the Spastics Society added: “Most students find it difficult to cope with the science taught in the regular textbooks. They opt out of science in high school. However, with the help of assistive technology, a few students with cerebral palsy at our centre have pursued their higher education in science.”

However, existing infrastructure remains starkly inadequate. This hinders its access to people with disabilities who can leverage them for personal and community development. Bina Rajan, a tutor for hearing and speech-impaired students, outlined the on-ground challenges of educational infrastructure for the hearing and speech impaired. “The sign language lacks technical words that are imperative to understanding concepts in STEM (Science, Technology, Engineering and Mathematics). Explaining terms such as radiation, probability and permutations is a futile game of dumb charades.” Additionally, disabled students are expected to write the same exams as their peers who can hear, which may compel them to memorise rather than understand the subject. 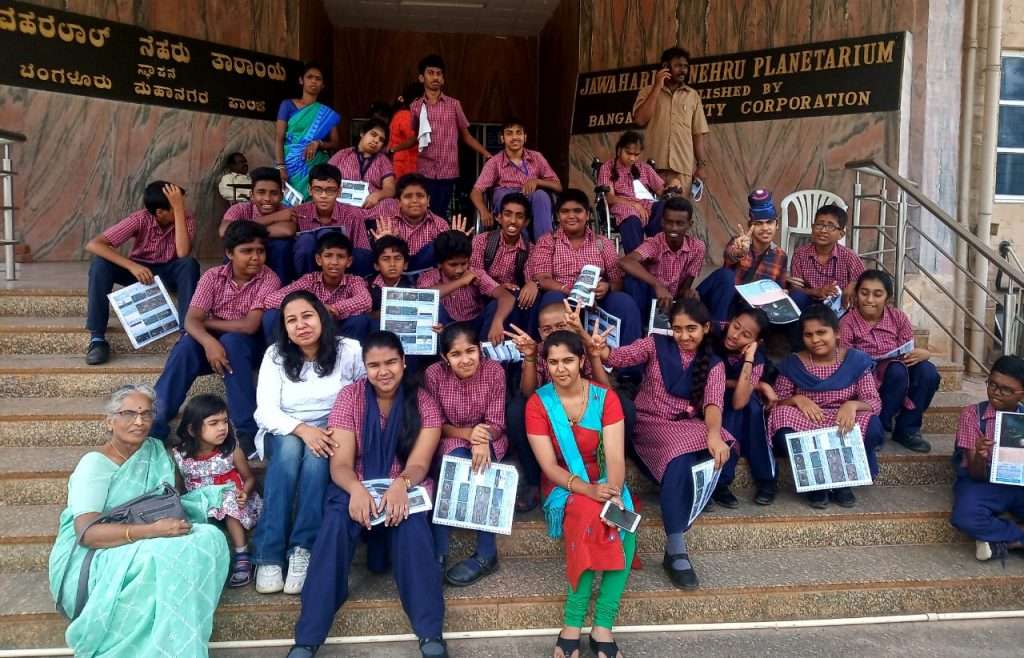 Kairali Nair with her students at the Learner’s Resource Center.

P. Priyanka, a hearing-impaired software engineer based in New York, recollected her educational experiences: “Many kindergarten schools rejected me because of my disability. When I joined a mainstream school in Mumbai, I failed in many subjects, including English.” It wasn’t helpful that Priyanka’s school lacked provisions such as real-time captioning and sign-language interpretation. “The teachers were aware of my profound deafness and still failed to accommodate me. They viewed it as a temporary disability that could be fixed by paying attention in class.”

Priyanka said that her performance drastically improved after private tutoring. There, the communication was more visual and written rather than auditory, and that helped her learn in a way regular school never did. It was her postgraduate experience in Rochester Institute of Technology, USA, that helped Priyanka believe in true inclusivity. At Rochester, she was provided with captioning access real-time (CART) service where a stenographer uploads real-time captions to the student’s laptop. The faculty were also receptive to her needs and would unhesitatingly communicate in writing. “Disability is perceived negatively in India. We have a long way to go in ensuring accessibility for all,” Priyanka affirmed.

“The sign language lacks technical words that are imperative to understanding concepts in STEM (Science, Technology, Engineering and Mathematics). Explaining terms such as radiation, probability and permutations is a futile game of dumb charades.”

With the likes of Priyanka flourishing in a tailor-made ecosystem, the role of mentors in making STEM an inclusive space becomes increasingly prominent. More so as they climb the ladder of higher education in science, a space that comes with its own set of rigours and systemic biases.

Abigail Irfan, a queer person with autism, is an undergraduate science researcher who believes that a healthy acknowledgement by professors of an individual’s disabilities is the first step towards sensitisation of disability in the academic milieu. Sifting through her mixed experiences, she recalled one professor in particular who had been accommodating of the disabilities that accompanied her scientific intrigue. “In the weekends, I go to the Jawaharlal Nehru Planetarium in Bangalore for their Research Education Advancement Program (REAP). This is a supplementary program in physics and astronomy for students pursuing B.Sc. or B.E. courses. The course gives an exposure to basic sciences with a simultaneous emphasis on problem-solving and aptitude building. There, I met Shashi Thutupalli, who is a biophysicist at the National Centre for Biological Science (NCBS). Whenever I let him know that I require more time for some assignments, he is understanding and accommodating.” 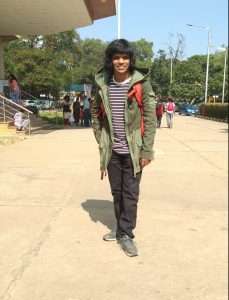 Abigail Irfan during her time at the Research Education Advancement Program, JLN Bengaluru.

However, such experiences have been more of an exception than a rule for Abigail. “When you are neurodivergent, you experience a lot more stressors than a neurotypical person. Expecting them to adhere to the same routines and submit assignments in the same timeframe can force them to drop out. Some of my friends, well into their masters, with exceptional aptitude in science, have had to drop out owing to the lack of flexibility of the academic system they were in. Professors and mentors must establish an open line of communication – this is a prerogative for any realm of knowledge.”

Policies that shape the discourse

Legal frameworks in India are steadily evolving to provide interventions for the education of people with disabilities in their formative years. Information and communicative assistive technologies are crucial to early education in math and science for students with visual, hearing and cognitive impairments. Yet, these were not included in the earliest definition of disability as per the disability laws until the National Policy on Universal Electronic Accessibility was amended in 2013. This mandated the setup of assistive technology laboratories across the country to facilitate people with disabilities to identify and use the right assistive technologies for themselves.

The recent National Education Policy 2020 (NEP) strives to move a step forward from the 2012 Amendment in Right to Education Act and the 2016 Right of Persons with Disabilities Act in recognising home-based education, special and neighbourhood schools as equally viable options for the education of children with disabilities. However, the NEP 2020 remains largely unclear about common guidelines for the associated curriculum, infrastructure and certification. This is a glaring dysregulation, as a common schooling system requires reinforcing by the policy to ensure a consonance among various modes of obtaining education for people with disabilities.

“The NEP 2020 is quiet on special schools entirely. It seeks to audit home-based education through the Right of Persons with Disabilities Act 2016, when this act does not talk about home-based education at all,” remarked Tanushree Sarkar, a disabled researcher working on inclusive education in India. “Do these policies do enough to question the structures that contribute to the oppression and marginalisation of students with disabilities in schools? How do we humanise learners rather than analysing achievement by standardised tests?” Tanushree asked.

The latest All India Survey on Higher Education (AISHE 2018-19) reports only 0.23% of the total enrollment of 3.73 crore students in higher education are students with disability. “Even though the Right of Persons with Disabilities Act, 2016 mandates the minimum enrolment of 5% students with disability in higher education, the policies and legislations are still not implemented at the grassroots level,” Hemendra Mistry, a hearing-impaired researcher & author of Problems of Students and Teachers of the Special Schools remarked.

Meanwhile, young scientists-in-training like Abigail continue to stand up for the rights of persons with disabilities in STEM: “What gets characterised as ‘special needs’ is essential for our survival in the academic world. At the outset it might seem that we are asking for a lot, but are we really?”

Vanshika Singh is a Senior Research Fellow at the National Brain Research Centre and finds her muse in communicating science to a wider audience as a science writer. You can reach out to her on Twitter at @vanshika_writes and on LinkedIn.

Manasvi is an aspiring science communicator. She is currently pursuing her Master’s degree in Plant systematics at University of transdisciplinary sciences, Bangalore. In her free time, she can be found cooking with her grandma, ranting on Twitter and humming to Taylor Swift.  Follow her on Twitter at @cm_manasvi and on LinkedIn.

Note: This piece is a part of TheLifeofScience.com’s Season 5, which is being supported by a grant from the DBT/Wellcome Trust India Alliance. Featured image by Ipsa Jain; all pictures received from the authors. Ishan Chakraborty was a consulting editor for this report.

1 response to "Nothing ‘special’ about these needs"

Pingback: Nothing ‘special’ about these needs : Vision Empower