Why is there so much guilt, blame and unprofessionalism associated with public anger? As a queer-trans person in science, I am here to be angry, and to speak on it. 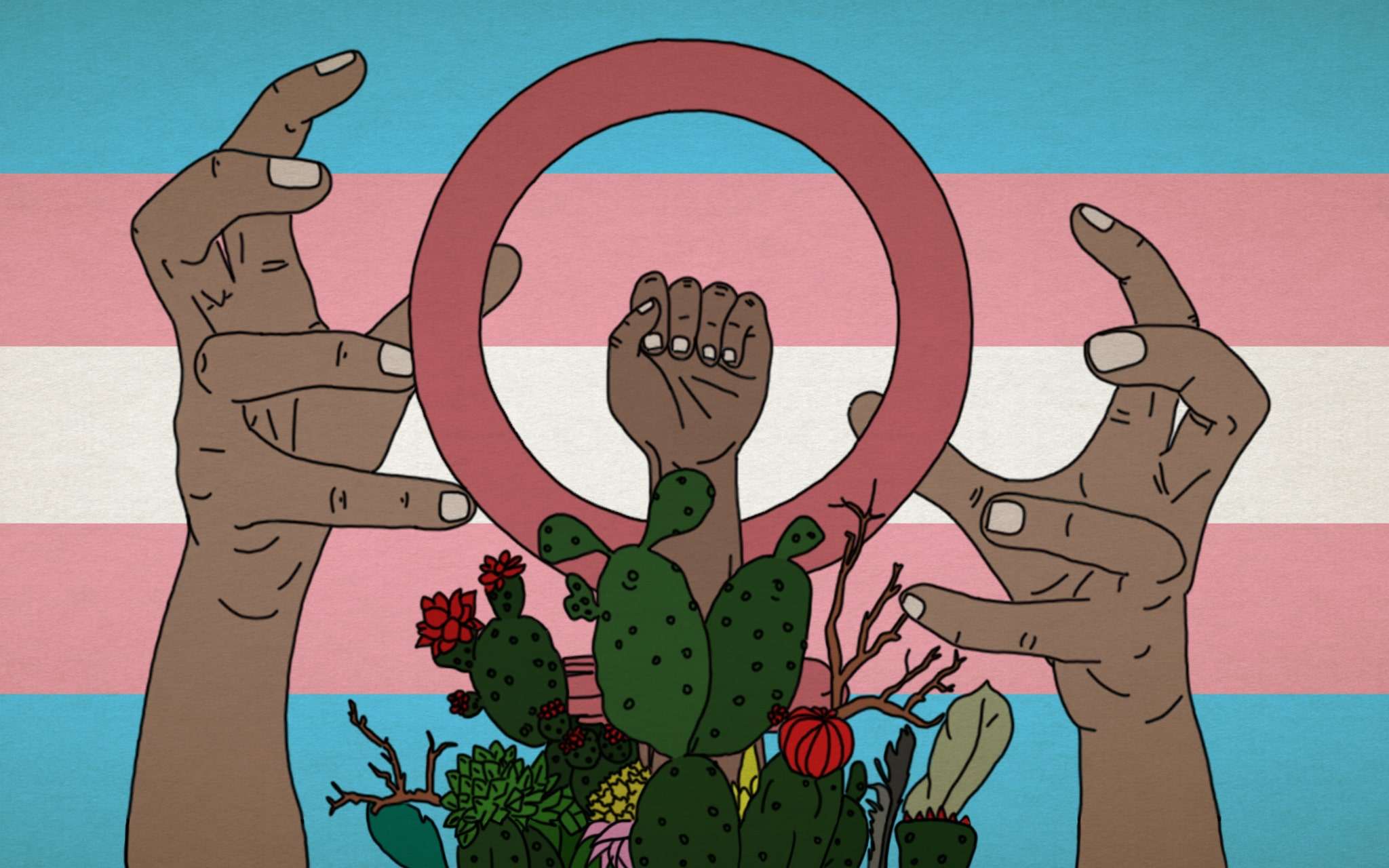 “My fear of anger taught me nothing. Your fear of anger will teach you nothing also”, said Audre Lorde, black feminist activist, writer and poet in 1984. What this means is that we should not be afraid of our anger, but rather use it as a tool. Science (and academia in general) has a harsh outlook on anger; while it is okay to debate and disagree, it is never okay to be angry. As somebody of a queer-trans identity in the sciences, and as somebody with a fairly difficult journey in formal higher education, I am here to be angry and to speak on it. From being questioned by seasoned scholars of gender and sexuality studies on why I found myself fit to make a paper submission on gender and sexuality without any formal training in the discipline, to being part of hostile discussions at conferences, a lot of anger has flown over my initial intimidation by the academia. I have learned to understand and appreciate anger as a motivation for collective feminist action, and today, I am writing about it.

The feminist herstory of anger: why is it important to be angry?

To also recollect how feminist solidarities are formed between a bunch of feminists whose shackles are different and where one may be a party to another’s oppression, our anger becomes a method of excavating honesty.

Anger does have a feminist herstory. The issue of anger in feminism(s) and the understanding of what comprises a feminist understanding of anger have been discussed extensively in the regimes of black radical feminism(s), Dalit feminism(s) and transfeminism(s). In Audre Lorde’s classic text that contextualises anger as a feminist tool in responding to racism, The Uses of Anger: Women Responding to Racism, there are examples from Lorde’s own experiences with the negation, invisibilisation and demonisation of her anger.

“I speak out of direct and particular anger at an academic conference, and a white woman says, “Tell me how you feel but don’t say it too harshly or I cannot hear you.” But is it my manner that keeps her from hearing, or the threat of a message that her life may change?” – Audre Lorde


There have been innumerable experiences where I myself have been asked to “calm down”, “take it slow”, and also “‘let it go”, lest my words are taken a little less seriously. Academia rarely reflects on the necessity of anger in translating distress and discomfort to speech and action. Our oppressors, who often call themselves allies, claim to be sensitive to our cause(s), but irrationalise our anger. The act of being angry has often demonised the feminist cause or pushed it to oblivion. When feminists raise issues, however critical, however historically oppressive, in a seemingly impolite way, it is understood as unnecessary—sometimes even abusive. Subsequently, these feminist women and transgender people who have vocalised their anger and translated it into speech and action are blamed for fracturing the feminist community.

Transgender people like me, who have been exposed to the understandings of feminism(s) not from our academic training but from our lived experiences, recognise that our anger does not function in a vacuum, it exists in a majorly brahminical, white, cis-heteropatriarchal, capitalist society. For us, it is a means of survival beyond mere silent subsistence. To also recollect how feminist solidarities are formed between a bunch of feminists whose shackles are different and where one may be a party to another’s oppression, our anger becomes a method of excavating honesty (to use a phrase from Lorde). A lot of us trans people collectivize because we have common frames of oppression; our shackles look glaringly similar, even though our lives are quite different. But more importantly, a lot of us collectivize because our angers are so similar! In a diverse political movement like feminism(s), what makes us collectively stand in solidarity with each other is our anger towards how we have been wronged, and how others have been wronged.

Anger as a method of doing feminism(s)

On June 28, 1969, the Stonewall Inn, a bar in New York City, was buzzing with people. It was a fabled spot for transgender, gender non-conforming, gender non-binary and gay people to be themselves. At around 1:20 in the morning, police stormed into the inn, and what followed was the beginning of the Stonewall Uprising. After the police set fire to the inn, Marsha “Pay-it-no-mind” Johnson, a transgender womxn of color and a regular visitor at Stonewall, arrived at the scene. She threw a shot glass at a mirror in the torched bar, screaming, “I got my civil rights”. Robin Souza, one of the founders of the Gay Activists Alliance, said, “it was the shotglass that was heard through the world”.

Anger has to be politically understood. It needs to be separated from hatred, guilt and moral authority. Guilt associated with being angry is a way of escaping discomfort. Being stuck with our guilt without working towards changing what caused it in the first place can only lead us to more silence, and consequently, more violence. Similarly, as Lorde mentions, anger that is sourced from hatred and moral authority come from those whose goals are rarely feminist; hatred comes with the desire to destroy, while our anger aims mostly at changing the understanding of grief, and also in realising the distortions that already exist between feminist peers. Lorde also talks of anger as a methodology of doing feminism(s). “It is not difference which immobilises us, but silence. And there are so many silences to be broken,” she had once remarked.

Anger has often also been interpreted as the midline between emotion and reason.  It is an output of emotional investment and reason in the transition of silence to action. However, the dichotomy of reason and emotion is a false one. For us trans people, especially, emotion and reason are not separate circles in a 2D Venn Diagram, but inspire and regulate each other. Anger acts as not a mediator but a key influence on how we shape our interactions with feminist allies, non-trans/cis privileges, and our oppressors.

I have sought and failed to find any piece of media or literature that has collated the trajectory of anger of trans, gender non-conforming and non-binary persons in history. Multiple reviews exist that collate angry women throughout the history of feminist revolution, but trans persons and their anger remains in oblivion.

“I have focussed on binary gender descriptions because there is very little research about childhood, emotional regulation, and gender fluidity, and because we do not, as a culture, have social “scripts” – the unconscious guidelines we follow to organise thoughts and behaviour – for non-binary people. Almost all studies use traditional frameworks for analysis. There are few positive dominant stereotypes about bi, trans, and queer people that shape childhood. Children who defy binaries are caught in the crosshairs, leaving parents to either create safe environments and force social change, or else contribute, wittingly or not, to damaging demands that their children conform.”  – Soraya Chemaly

As Soraya Chemaly, the author of Rage Becomes Her: The Power of Women’s Anger rightly points out, conventional feminism has failed in giving space to the anger of transgender, gender non-conforming and gender non-binary people – where the anger shown by, say, Marsha P. Johnson, has been erased into invisibilisation by the academic rigour of traditional and conventional feminism(s).

Is anger a private exercise?

“Successful performances of anger are never private, never under anyone’s control, and definitely not available to everyone on an equal opportunity basis”. – Political scientist Holloway Sparks

I disagree with the idea that anger is meant to be a deeply private exercise. For transgender people, our anger is never an individual exercise because our exclusions are never private, individual or personal. Our lives are, more often than not, not a private affair. Our gender and our bodies are made into a public spectacle to satisfy cis-heterosexual society’s curiosity and voyeurism. Transgender persons are harassed publicly the world over. Even various early drafts of India’s  Transgender Persons (Protection of Rights) Act needed transgender people to “prove” their transness to a district screening committee before the district magistrate could give transgender people their gender identity certificates. Only after much protest was this clause dropped in the final version of the bill (now Act). Hence, it is essential that our anger be a public performance. We have been so ostracised by the sedate notion of civility that we have chosen anger as the tool to dismantle it, and more so, publicly.

I do not feel our anger is solely a device of defense – more often than not, it is also our way of reclamation. In spaces where we have been systematically excluded, where our presence is still openly questioned and our safety is never a negotiation people engage in, where our priorities are just not priorities, our anger acts as fodder in guiding us towards translatable action and activism. I would like to finish with some lines from Adrienne Rich’s A Phenomenology of Anger:

Fantasies of murder: not enough:

To kill is to cut off from pain

But the killer goes on hurting

Not enough. When I dream of meeting

The enemy, this is my dream:

Ripples from my body

On the true enemy

Raking his body down to the thread

Burning away his lie

Leaving him in a new

Note: This piece is a part of Season 5 of TheLifeofScience.com supported by DBT/Wellcome Trust India Alliance. The featured image for this piece was made by illustrator Siddhesh Gautam. An earlier version of this piece was presented in Indian Association for Women’s Studies’ Southern Regional Conference held at the University of Calicut in January 2019.

1 response to "Raging to reclaim space in science"

Pingback: Threading together a (very) brief history of genetic research on sexuality - The Life of Science