The recent film 'Shakuntala Devi' is being appreciated for its portrayal of the protagonist as more than a human computer, but an examination of how women in STEM in India have been portrayed by the media reveals a strange obsession for their personal lives. 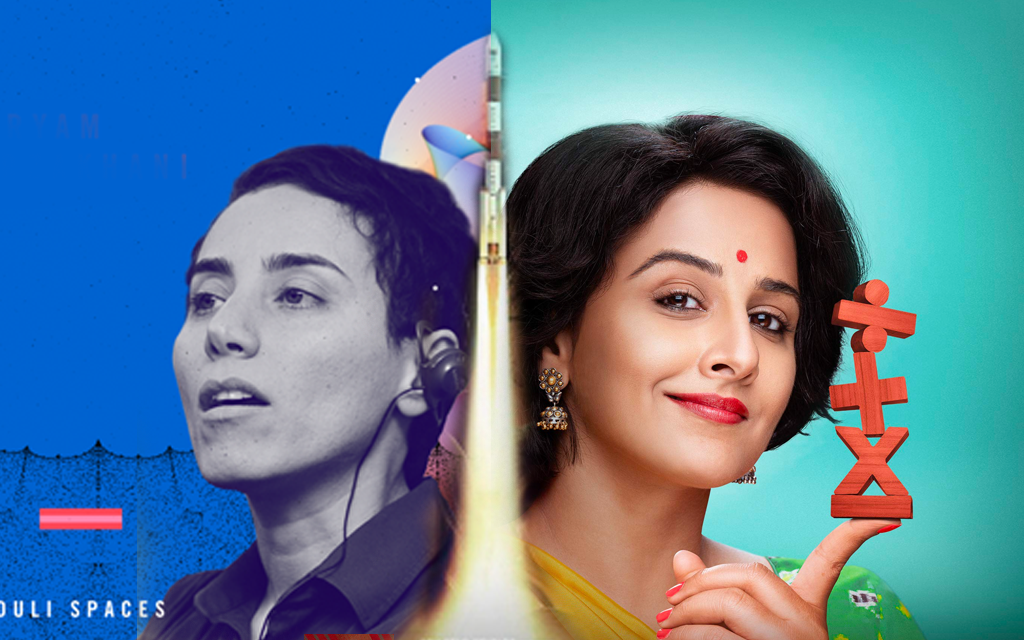 When BBC interviewed ISRO scientist BP Dakshayani in 2018, they titled the feature How to cook curry and get a spacecraft into Mars orbit. The article told us all about her early life and her domestic routines – a sweet piece that gained instant popularity. The 2019 Hindi film Mission Mangal also spent a lot of reel time giving us generous peeks into the rocket scientist protagonists’ personal lives: we learnt that Eka was just another young millennial with a thriving dating life and a disdain for the desi, and that Tara was unshy about her passion for her job and was refreshingly unguilty about leaving domestic and parenting responsibilities to her husband. Similarly, in the newly released film Shakuntala Devi, the famous ‘human computer’ is portrayed as ambitious, flighty, flirty, fashionable, and above all, a highly flawed parent. Mainstream Bollywood rarely allows its women these traits (without unfairly demonising them), so many of us loved it, and these filmmakers gained accolades for being progressive. Indeed, popular media in India is finally waking up to our fantastic women in STEM (acronym for Science Technology Engineering Mathematics). So then, why are some of us still walking out of the theatre (or now, closing our laptops) with resigned sighs?

More than its star cast and colourful promotions, what had drawn me into Mission Mangal and Shakuntala Devi was the promise of STEM. As a person who works in STEM, I was excited to see a familiar world. However, in both these movies the role of STEM in the lives of the protagonists was so superficial that I realised we could very well replace the animations of the rocket trajectories and cube root calculations with recipes or interest rate calculations, and voila – we’d have a movie about a chef or a banker. I felt cheated.

As a storyteller who makes a living researching the lives and contributions of women in science, I am only too familiar with the challenges of building a gripping narrative out of the lives of scientists. While it’s easy to zoom out and see what any broad field of science is all about and why it matters, the significance of an individual scientist’s area of research is much harder to communicate, and presumably much more so if you want to make it entertaining. But every so often there is a fantastic piece of media that reminds us that it’s not impossible for big science to capture the lay audience’s imagination- take Interstellar (2014), for example. Though it was a science fiction film, the plot of Interstellar relies very heavily on real scientific theories, making the plot more leak-proof than it would have been otherwise. They even had on board as a producer and scientific consultant Nobel Prize-winning physicist, Kip Thorne.

In Shakuntala Devi, Vidya Balan’s performance fully convinces us that nothing brought a sparkle to this woman’s eyes like big numbers did. But what was it about numbers? In an interview with a Russian TV network in 2009, journalist Sophie Shevardnadze tried to explore this with the real Shakuntala Devi. Devi replied: “Numbers don’t lie, that is its greatest strength. Numbers are very real, numbers are very true. The only truth in the whole world, numbers are the greatest philosophy.” This love for an ultimate truth is reflected in the movie, with Devi’s unapologetic, sometimes brutal, honesty about her desires and ambitions; however, in the movie, her love for truth seemed to end there. As a viewer, I had immense trouble reconciling this with the apparent ease with which movie Shakuntala deceives, gaslights and manipulates the people around her. Given the chance, this contrast could have been a fascinating one for the film to explore, but in its rush to pace through the real Devi’s eventful life, I was just left unconvinced.

Of course, all movies about women in STEM don’t need to be science-heavy. Fortunately – for storytelling at least – scientific environments through history have been sites of as much drama and politics as any other. Take the 2016 Hollywood film Hidden Figures, for example. The film revolves around the experiences and accomplishments of a group of African American scientists at NASA in the 1960s. One of the most powerful scenes in the movie is one that has nothing to do with space or rockets. It’s when one of the scientists, Katherine Johnson confronts her boss about being forced to walk half a mile to a washroom allocated for people of colour, every time she wants to pee. 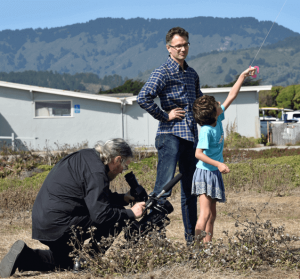 When asked “How aware was Maryam’s daughter of her stature and does she show any interest in mathematics?”, director George Csicsery replied “Maryam’s husband, Jan, has tried to shield Anahita from all of the attention. I was able to persuade him to allow us one day of filming the two of them. I didn’t ask for an interview with Anahita, she’s eight years old. She’s a strong young girl who is very attached to her father and that’s all I wanted to say about it.

[Source: Transcript of a panel discussion hosted after the world premiere of the film on blogs.ams.org. Image from zalafilms.com]

There is an equally affecting anecdote brought up in Secrets of the Surface. When she won the Field’s Medal in 2014, Maryam Mirzakhani was wary of the media frenzy that she knew would come. It was the first time the medal – known as the mathematician’s Nobel Prize – was being awarded to a non-male since 1936. Fame was hardly new to the thirty seven-year-old Mirzakhani, but she preferred not to dwell in it, much less so that year with her chemotherapy sessions ongoing. She had been diagnosed with breast cancer just some months ago. To ease the burden on Mirzakhani, Ingrid Daubechies, who was then the President of the International Mathematics Union (which awards the prize) and her fellow senior mathematicians, devised a strategy they called ‘the MM shield’. At any point of time, they ensured that at least two of the women would be by Mirzakhani’s side to protect her when she was out in public. “One of them would intercept a journalist and say ‘oh you are very interested in mathematics – let me tell you about my career’ and so on, while the other would escort Maryam discreetly away,” reminisces Daubechies in the documentary. This display of sisterhood in the STEM community is sure to linger with viewers and encourage us to re-examine the extent of our allyship.

Providing glimpses into scientists’ personal lives is, without doubt, an effective way to get the audience interested, but this is a tool that storytellers must use sparingly while spotlighting individuals from marginalised groups. Women in STEM usually prefer to be known as scientists, not as women, wives or mothers. Disproportionately highlighting their personal lives (even if it is to emphasise how unconventional a wife or mother they were, as is in Shakuntala Devi and Mission Mangal) and reducing the role of their science to jazzy headlines or animations on the screen feels like a cop-out. Somewhere along the way, we seem to have accepted the idea that there’s only one way to make a scientist’s life seem exciting – to take out the science from her life!

Secrets of the Surface: The Mathematical Vision of Maryam Mirzakhani can be streamed here.

George Paul Csicsery, Director and Producer of the Secrets documentary has another math film called Julia Robinson and Hilbert’s Tenth Problem which can be streamed here.

Math journalist Erica Klarreich’s rich body of work can be accessed here. Her profile of Maryam Mirazakhani in Quanta Magazine from 2014 is a real good example of how great storytelling doesn’t have to necessarily exclude math. Read here.

Kip Thorne’s book The Science of Interstellar goes into details of the science in the film and his experience as adviser.

Note: This piece is a part of Season 5 of TheLifeofScience.com sponsored by DBT/Wellcome Trust India Alliance. Featured image credits go to Beyond Curie project and Amazon Movies.

An edited version of this article first appeared on The Hindu’s supplement Sunday Magazine.