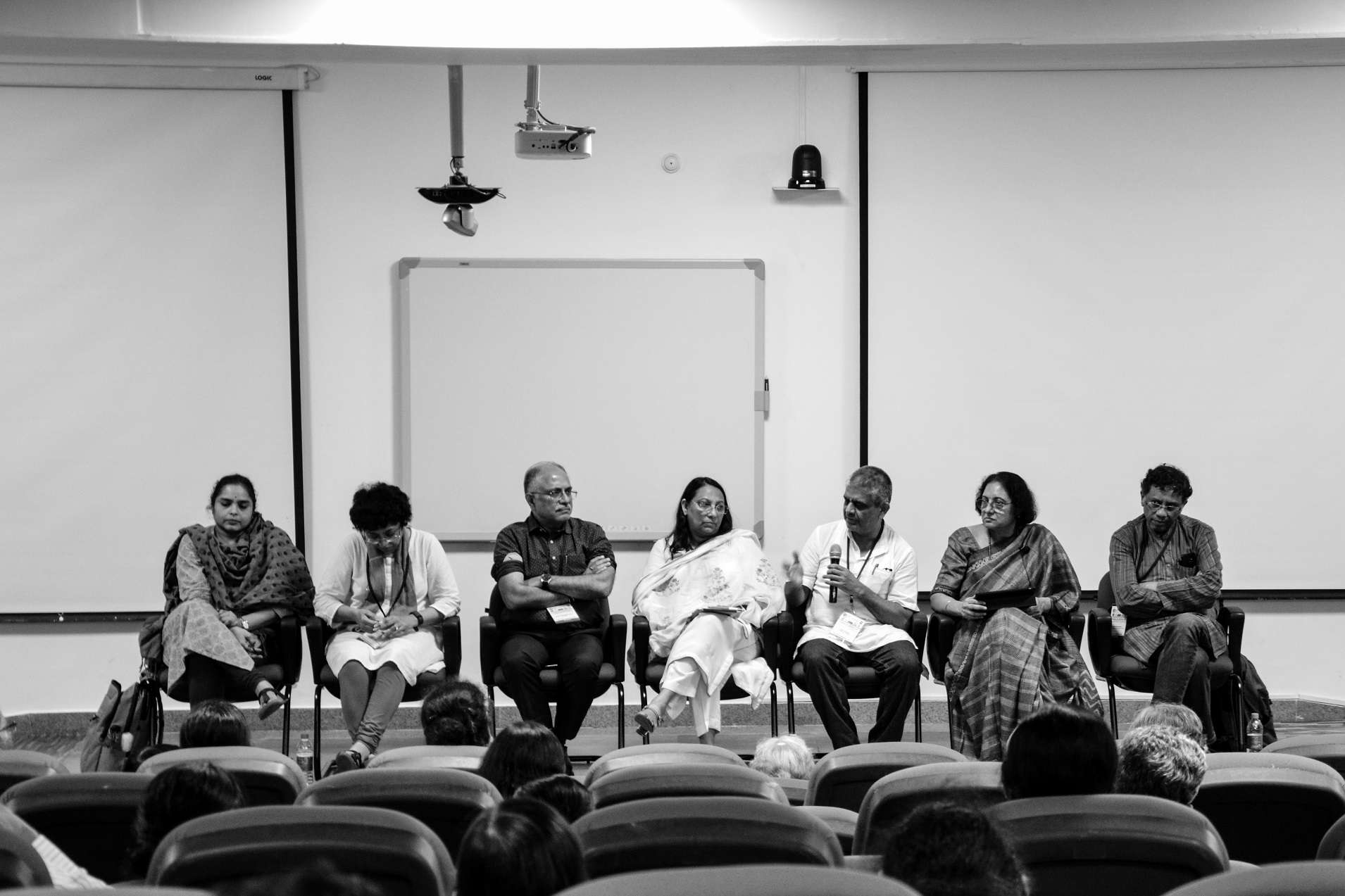 Taking inspiration from the Baltimore Charter for Women in Astronomy, the recommendations coming out of the first gender and physics conference in India – Pressing for Progress (PFP), have been compiled into the ‘Hyderabad Charter for Gender Equity in Physics’.

The charter comes at an opportune moment to inform a major government programme being formulated to incentivise gender diversity at our research institutes. Last year, the Department of Science and Technology announced that it was working on an Athena SWAN-like grading system to incentivise inclusivity in research institutions across India in 2020. Details about this remain fuzzy and sources at DST have informed TLoS that a committee is yet to formed to chalk out the specifics of this. A monthly DST report says that British Council is the Indian Government’s collaborator in this effort.

In the face of the current Covid-19 pandemic, further delays seem imminent. What we do know is that this scheme, named Gender Advancement for Transforming Institutions (GATI) will be a self-assessment for DST-funded institutes and the ratings could be on the three levels – gold, silver and bronze, much like that adopted by UK and Australia. Among parameters that will be graded are the number of women faculty working there, recognition of contributions of women scientists, number of women recommended to be fellows of the science academies and the number of women returned after a sabbatical.

In September 2019, TLoS attended PFP – the first of its kind conference for gender parity in Physics that brought together physicists, sociologists and pedagogues working on gender-related aspects, policymakers and top government officials to brainstorm on gender disparity in the Indian physics community. Among the many goals were: coming up with recommendations to inform policy on dissolving pre-existing gender biases and discriminator norms against women scientists, and address the disproportionately low fraction of women in the hard sciences.

The “Hyderabad charter for gender equity in Physics” was sent to DST on Women’s Day with about 60 signatories. So far, the charter has around 130 endorsements.

The charter, firstly is worded rightly with respect to serving ‘people of all genders’ and not just women. It makes some important points such as ‘Time alone will not achieve gender equality and therefore conscious action is essential’ and does not mince its words when it comes to the need for institutions and leaders to accept accountability. The recommendations in the charter include ones that have come up in numerous reports so far, for example: call for #nomoremanels, mandatory childcare at institutes, mandatory child support in conferences etc. It also includes some that are seldom brought up but of critical importance, for example: ‘self-declaration of sexual misconduct indictments should be mandatory for staff applications’, the need to include sociologists in committees and the need to relook multiple-choice-based entrance examinations (presumably like the JEE).

It remains to be seen if the implementation problem will finally be overcome this time. Measures the Hyderabad charter suggests could inform the GATI scheme in positive ways if the officials concerned are proactive and groups like the Working Group for Gender Equity (WGGE) of the Astronomical Society of India and The Gender in Physics Working Group (GIPWG) of the Indian Physics Association can keep up the pressure.

As Prajval Shastri says in an opinion piece she recently penned on the release of the Charter: “We physicists need to stop “fixing our women” because there is no evidence that they need fixing. We need to fix the flawed meritocracy instead, so that we build a more nurturing learning environment.”

The complete charter has been pasted below.

The Hyderabad Charter for Gender Equity in Physics

There is wide acknowledgement by the government that the gender disparity in the sciences seriously impacts scientific productivity and excellence and should therefore be urgently addressed. The physics profession has among the largest gender gaps. The fraction of women with PhDs in physics who are employed in tertiary education countrywide is just 20%, far less than in, say, biology. That fraction plummets to 10% and lower in the elite research institutions, in leadership positions and in honours lists. The low fraction cannot be explained by a lack of interest in physics among girls – they win 50% of the INSPIRE fellowships in physics. Existing studies have found neither a systematic competence deficit nor a productivity deficit among women scientists compared to men scientists. While discriminatory familial responsibilities may contribute to the gender gap, the fact that the gap is higher in physics compared to, say biology, implies that this factor is not the whole story and that there is clear bias within the profession. Indeed the fraction of women in positions of prestige being lower than in the pool (of 20% qualified women in the case of physics) is a clear signature of bias in the selection processes.

It is absolutely critical that policies must follow from the evidence in order to be meaningful and effective. Existing studies do need to be acknowledged, repeated and expanded. Countrywide studies have to be complemented by local and institute-wide studies to understand the causes for the gender gap and assess the impact of interventions if any.

The recommendations that are listed below have emerged both from the work of the Gender in Physics Working Group of the Indian Physics Association since it was formalised in May 2017, and from the deliberations and feedback from the first-of-its-kind inter-disciplinary national conference that the working group organised in the University of Hyderabad titled Pressing for Progress 2019. Other long-standing recommendations from the past that are consistent with the guiding principles have also been added.

Recommendations For Institutions and Departments