Looking back at EpiSTEME, a conference on science education, held at TIFR-HBCSE in January 2020. 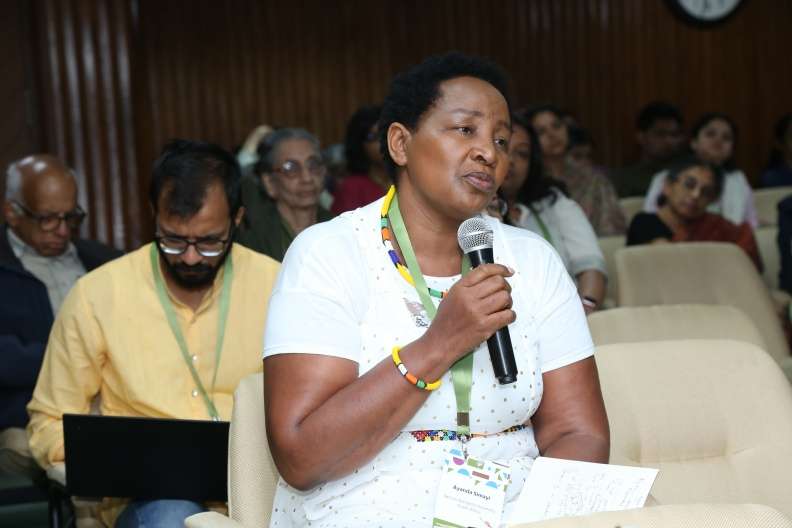 Access to good quality education has always been an uphill struggle in India. Stakeholders agree that improving education in our schools and colleges is an urgent matter. The strong influence of non-secular and regressive political ideology that finds its way inside textbooks is a cause for concern. My recent tête-à-tête with education researchers from India alludes to the possibility that allocating more resources and conjuring new schemes alone will not be able to solve our problems; if, our teachers remain unmotivated and methods of teaching stay unchanged.

This article takes a look at epiSTEME, a biennial conference organised by TIFR-Homi Bhabha Centre for Science Education (HBCSE). The conference aims to nurture and develop scholarship in STM-E (science, technology and mathematics education) research in India. Epistemology in simple terms can be understood as the study of methods used to spread knowledge or the process of learning. It is currently a nascent area in India, and meetings like epiSTEME-8 focus on investigating and addressing the national ‘education-problem’.

Mathematics and physics education, were the primary focus of the 8th edition of the conference, held during January 3-7 2020. K Subramaniam, Director of TIFR-HBCSE, inaugurated the conference with a sense of nostalgia, “I remember when we first started in December 2004, we hoped epiSTEME would grow into the main platform to share research on STEM education.” Many years later this goal has been realised. “We expect that epiSTEME acts as space where participants get a whiff of the dynamic world of education,” Subramaniam said.

EpiSTEME-8 brought together diverse professionals – government-school teachers, alternative-schooling educators, education-technology (ed-tech) developers and STME researchers. It was relatively gender-inclusive as well; the review talks and paper presentations had a comparable number of male and female speakers.

Are school teachers interested in the epistemology of their subjects? HBCSE brought together 11 Indian school teachers from their flagship programmes, BEST-M and Vigyan Pratibha, to the conference. Aaloka Kanhere, a mathematics education researcher at HBCSE, elaborated on the need to include teachers, “We felt that attending a conference like this will expose teachers to the world of educational research where they are a major stakeholder but rarely a participant. We hope to motivate teachers to read research literature on education.”

From my interaction, the cohort of teachers seemed a bit overwhelmed with the terminology and density of the lectures, but kept their spirits up anyway. Saranya and Bhuvana, middle-school teachers from an alternative learning school in Auroville, shared some practical examples of the theoretical discourse. They took notes on using multiple representations for a particular in statistical modelling from Richard Lehrer’s lecture, an experienced STME researcher from Vanderbilt University. “The talk demonstrated some new classroom teaching techniques, for instance, peer review; condensing complex content to simpler content; hands-on classroom engagement through observational learning (using field visits and data collection), and introspection through group discussions,” said Bhuvana.

Harshada Salunkhe, a high school teacher and BEST-M fellow, spoke with me about the papers that caught her eye, “I found Ritesh Khunyakari’s (faculty at TISS, Hyderabad) work very interesting. His idea of designing board games for a better conceptual understanding of animal cell and plant cell was amazing. I have decided to use board games to drill various concepts in maths.” She adds, “Ayanda Simayi’s study on the intersection of culture, language and teaching human reproduction in a rural Eastern Cape school (South Africa), introduced ‘cultural taboos’ as an additional language in sex education for teachers from an indigenous community. This provokes exploration of new ideas to solve the problem at hand.”

With the abysmal quality of sex education in the Indian curriculum today, this study struck a serious chord. I remember how at my school, a private well-to-do establishment attended by the elite of Delhi, there was no mention of gender, consent, sexual intercourse and pleasure, among other important terms during our biology/science lectures on “reproduction”. Sex education began with hand-drawing the distinct reproductive organs of a male and female body, and ended with a note on childbirth. It was thus implied that it is impractical for women of any age to be amorous unless intended for procreation.

When Ayanda took to the stage, she built a narrative that sounded familiar to the Indian context. She argued that an interplay of – the cultural identities of the teacher, the student and the community they belong to and varied languages of instruction, could result in “swiss-cheese learning” about sex and reproduction. She talked about the communication barrier built by ‘five languages’, in a rural Eastern Cape school attended by an indigenous community. First, a casual language at home; second, an academic language at school; third, the nuances of the language used as the medium of instruction; fourth, foreignness of the medium of instruction, given that for students being taught in an English-medium school, English was not their first language!

The fifth language, according to Ayanda, were the cultural taboos that restrict usage of certain terms and lexicon. This made shameful silence — “what we do not speak about”, another layer for the learner to grapple with – a fifth language, often the key to understand education in a community.

A country battling with language dominance, like ours, would have to be careful as we build curriculum in different languages, else we could lose the potential of teaching to cultural taboos.

“I don’t think the education system in all its hugeness has yet comprehended where AI might be leading us very soon. I doubt that we are exposing young teachers to these challenges, or preparing them for the future.”
– R Ramanujam, IMSc, Chennai

A discussion on Day 2 explored if teachers and education facilitators knew of future challenges. Say, would the advent of better human-computer interfaces and machine learning replace the need for teachers soon? R Ramanujam, a theoretical computer scientist and math educator says, “I don’t think the education system in all its hugeness has yet comprehended where AI might be leading us very soon. I doubt that we are exposing young teachers to these challenges, or preparing them for the future.” He adds: “It is crystal clear that information-peddlers will be replaced by a far more efficient google-like-software, so teachers who merely ‘transact textbook’ are in for a shock. But then good teachers go way beyond that. The challenge is to prepare the entire profession accordingly. I’m afraid we are not even scratching the surface with this.”

The review speakers came from diverse backgrounds. Marissa Rollnick from South Africa, an educator researcher in chemistry, elaborated on pedagogical content knowledge (PCK) for teachers, “teachers have specialised knowledge, that nobody else has got, referred to as PCK. If you can process and model the pedagogical knowledge they have, you can skill others with it. Especially in countries like South Africa where teachers often have disparate content knowledge.” Her summary of the empirical work showed, “when one intervenes with the improvement of PCK, teachers improve their content knowledge, like a double bonus. Once you give the students the skills to unpack the content component by component, for one topic in a subject, these are often transferred to other topics.” She concluded that in all cases, with improved knowledge of pedagogy, you have often improved knowledge of the content for teachers.

The papers selected were characterised into strands and themes. Under the “discipline-based education research” strand, a talk by Shamin Padalkar, a faculty at TISS, Mumbai, dealt with misconceptions arising due to clash of cultural belief systems with scientific facts, in astronomy education. “We hoped to counter indigenous astronomy (showcased amply in Indian calendars, use of zodiac signs and some textbooks) and astrological beliefs through scientific explanations. However, we did not elicit such a change. The reason behind this could be that our teachers held very strong astrological beliefs and enforced it regularly.” Shamin added, “if one has to single out the main challenge in improving pedagogy, it is the lack of teachers’ understanding of both content and pedagogy. This challenge needs to be tackled immediately at the policy, management and academic level.”

When asked about customising the epistemological interventions for larger classroom sizes or learners of heterogeneous backgrounds, such as those in India and sub-Saharan African countries the discussions grew quieter and more complex to grapple for all.

Do we acknowledge the need to change the status quo of representation at all levels of education?  Deepa Chari, a researcher of gender and science education says, “In my opinion, improving gender ratios is often seen as an (effective) remedy when gender under-representation is discussed among education institutions. As a result, the natural discourse in conferences, focuses on improving numbers. Naturally, scholarships, policies and new schemes to enhance the access to schools by students of all genders get broader recognition. What is not addressed are the possibilities of viewing gender representation with a holistic lens.”

The community of educators, researchers and pedagogues believe the solution to education-related problems lies at the intersection of content, cognition and culture. EpiSTEME for a fly on the wall was like witnessing the dissection of many such regional and cultural issues in education, only to watch them coalesce into massive complex problems when zoomed out. But one thing is for certain: throwing money at schools will not help anyone, without collaboration across expertise, a focus on pedagogy and training for a new generation of educators.

1 response to "Good teachers need to go way beyond textbooks"

A very true reflection of the high level of presentions and robust discussions at the Episteme 8 in Mumbai. The ability to allow each researcher to present in the same auditorium was the cherry on top for me as this created a platform for each presentation to be listened to by all conference attendees.

I’m already preparing for the next biennial conference!