For this year's Infosys Science Prize winners, Manjula Reddy and Sunita Sarawagi, this recognition as women in science, is of universal significance. 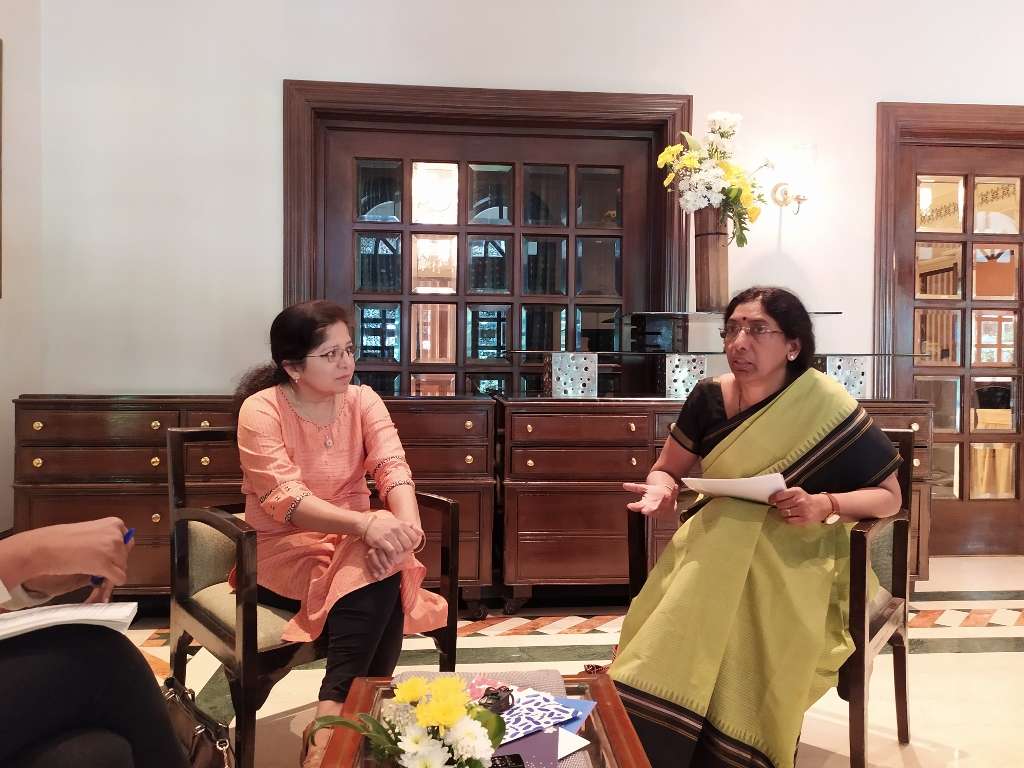 In 1999, while the software field was booming and the American dream shone bright, a young computer scientist was packing her bags back to India. “When I told my advisor in the US that my husband and I had decided to go back, he told me I was crazy. I told him I want to go back because I want to put India on the research map of the world.”

And today, this is exactly what Sunita Sarawagi is doing.

Sunita, a professor of computer science at IIT Bombay, is one of the six winners of this year’s Infosys Prizes. She won the award in the category of Engineering & Computer Science. According to the jury, Sunita was ‘one of the earliest researchers to develop information extraction techniques that went beyond the world of structured databases to the kind of unstructured data one finds on the World Wide Web’.

In this video, Sunita Sarawagi talks about her work

“It was partly the idealism of youth,” she laughed, reflecting on the somewhat oddball move that she made over twenty years ago. “I was 29 and at that age, you feel everything is possible. When the plane landed, you know, my husband and I clapped our hands and everybody looked at us.”

A self-proclaimed “100% nerd”, Sunita is constantly trying to strike a balance between high-quality globally-appealing research and working on India-related problems. One such problem with real-life implications was ‘address cleaning’. While it is relatively easy for humans to make sense out of postal addresses, it’s not so for computers, she elaborated. “Indian addresses can be very messy. Your home address, the address of this hotel, can be written in many forms and it gets tricky for companies like Flipkart or Amazon to access information like P.O. code.”  To solve this problem, she has been using machine learning, a form of artificial intelligence that gives computers the ability to ‘learn’ rather than be pre-programmed to perform a task.

Fortunately for Sunita, striking the balance between quality and relevance is a lot easier today as applications for artificial intelligence are everywhere in our app-driven lives. It’s not so easy going for researchers of fundamental science like Manjula Reddy, a cell biologist at the Center for Cellular and Molecular Biology (CCMB) in Hyderabad. Manjula too won the $100,000 Infosys Prize last month, in the Life Sciences category.

For Manjula, who is renowned for her discoveries about the way bacterial cell walls behave,  the obsession with ‘relevance’ can get tiresome. “It is a slightly unrealistic pressure on people like us,” she says. Manjula compares scientific research to any artistic enterprise and believes the increase in the knowledge base is an application in itself. “It is relevant because it is important to understand nature’s secrets, to know how organisms function.”

Fundamental science, biology, in particular, has a way of sparking off unintended life-changing applications. Manjula’s work, for example, has been garnering eyeballs because of its promising implications in the face of antibiotic resistance. Antibiotic resistance has been named by the World Health Organisation (WHO) as one of the biggest threats to global health, food security, and development. Misuse of the existing classes of antibiotics by humans is accelerating the emergence of bacteria that are immune to them. So critical is the situation that it is no longer sufficient to manage antibiotic use. We need new and effective antibiotics.

So what does Manjula’s experiments with cell walls have to do with this? The outer covering of bacteria is critical for the microorganisms to survive and spread. Yet, it remains a mystery. How do these cell walls accommodate the bacterium as it increases in size? What happens to it when the bacterium divides? What enzymes help in cleaving the cell wall to allow entry of important molecules? Revealing these cellular secrets puts Manjula in a great position to contribute towards a new way to target disease-causing bacteria. Perhaps it is no wonder then that the Infosys Prize jury has recognised her “bold and creative experiments that provide novel insights into how bacterial cells physically grow and suggest new ways to target antibiotic-resistant microbes.”

In contrast to the US-trained Sunita, Manjula is almost entirely homegrown. She completed her Ph.D. from the same institute where she now works as a Principal Scientist. Interestingly, Manjula’s path into science wasn’t as straightforward as it might appear. Due to several personal and ill-fated reasons, she had a late start to her career. Though she enrolled for her PhD in the year 1986, in her early 20s, like most do, it was 2002 when she finally was able to complete it. She had to stop her PhD and follow her husband to Chandigarh, who was then doing his MD there at the time. Manjula had not given up. She enrolled for a Ph.D. again in Chandigarh. After establishing herself in the new city and new lab she was faced with another difficult situation due to the untimely death of her P.I. This time she decided to move to Hyderabad, to her son, who was living with her parents. She took up a junior scientist position in CCMB and worked out a probation period of five years before CCMB allowed her to enrol for a Ph.D. With grit and determination, she finally completed her Ph.D. in 2002. Manjula’s struggle to start an independent lab did not end here. “Because I joined as junior scientists I was expected to work in somebody’s group helping them. But because my supervisor had left for CDFD, I asked the then director of CCMB, Prof. Lalji Singh, if I could stay back and start her own lab. He gave me three years time to prove myself. I took five and published three independent papers and a grant of my own.” It was only in 2007, at the age of 42, that she earned the opportunity to start her own lab at CCMB. And for this reason, this award is much more than a personal one for Manjula.

“I feel it is for all women who struggled and then came to this stage,” she said, adding that she received about a hundred emails from women she didn’t know to say that the award motivated them. “In fact, many women in CCMB itself came and told me that they now feel confident to tell their parents not to pressurise them to get married. This has given them something to look forward to.”

Sunita too looks at this award as something beyond personal recognition. “I think awards help make youngsters feel that science is valued. Sometimes, for people like us who have been doing their research in a corner office for the past 30 years, family members wonder if we were successful. So, it sort of increases the glamour of the profession and therefore attracts young people.”

Awards for Indian women scientists are still a rare thing. The Shanti Swarup Bhatnagar Prize, the highest honour for an Indian scientist awarded by the government, has gone to only 18 women out of almost 559 (3%) awardees since 1958 and it has been awarded to women in only 15 out of 62 years. The Infosys Prizes are one of the few to buck this trend with 16 women out of 69 awardees (23%). When questioned about the kind of active measures that can be taken to keep diversity a priority, the current president of the Infosys Science Foundation SD Shibulal shied away from the specifics, choosing to maintain that it’s all about merit and nothing else. He did, however, point out that the age limit of 50 is relaxed to 55 for ‘exceptional cases’ including women who have taken a break in their career. “I think the talent-spotting is the job of the jury, a wide net is cast,” he said.

One of those casting this net is Mriganka Sur, the jury chair for the Life Sciences award. In an interview during the 2018 ceremony, Mriganka stressed on the need to focus on diversity, especially because “an explicit goal of the Infosys Prize is to put people up as role models for young Indians – and this means not only the boys”. He wished to reassure those concerned that the jurors are balanced in women and men. However, it must be pointed out that in the 11 years of its existence, there has never been a woman chairing any of the Infosys Prize juries.

What is more reassuring is Mriganka’s understanding that science is, after all, a function of the society we live in. “Science, its rewards and awards, do not exist separate from society. I will never say that us scientists inhabit some rarified world where there is no bias and only objectivity.” He went on to articulate the vicious circle that acts as a hurdle in the pursuit of gender balance in science awards. “If the nominations are not there, you can’t pick a winner. But for nominations to be there, there has to be a pool of talented women whose work is recognised, and for this, women need to get the job, they need the resources to make the scientific discoveries. More women in the scientific population are better for Indian science. Science cannot be done by 50% of the population!”

This article was first published in The Hindu’s Sunday Magazine.