In 2018, a quantum information workshop in Brazil came closer than most to the ideal of a truly diverse scientific conference. The team behind it is trying to recreate the same experience in Chennai. 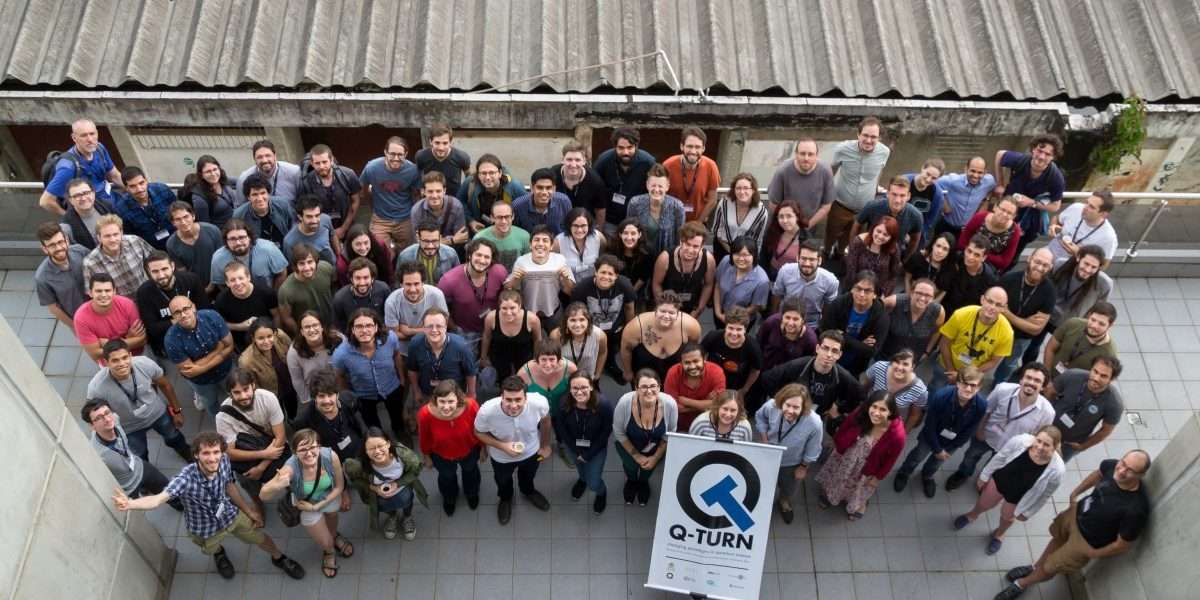 Gender equality in science has become a buzzword in the Indian science scene today but the term’s interpretation is still largely cis-centric. The focus is on women because most people think women are the marginalised gender and who need to be empowered.

While this is true, cis-centric approaches to gender justice ignore several crucial intersecting realities in India. For example: are all women equally persecuted? Could factors like social capital, caste and able-bodiedness affect this dynamic? When we say ‘women’ do we mean only ‘cis’ women (those who were born female) or even ‘trans’ women (those who may not be born female but identify as one)?

As a result, ‘women in science’ discussions in India have been limited to making the environment friendlier for a specific type of woman: most commonly a cis-woman whose primary roles, above science, is that of wife and a mother. This explains policies such as maternity leave and daycare services, and also stereotypes like “science and technology become more humane when there are more women practitioners,” as President Ram Nath Kovind said recently.

Kovind also emphasised our government’s ignorance of ‘gender’ as a social construct when he assented to the Transgender Persons (Protection of Rights) Bill 2019. The very community the Bill claims to protect has protested it because it doesn’t incorporate a basic demand: it violates the rights of gender non-conforming persons, the crudest example being its conflation of ‘transgender’ with ‘intersex’.

In this dismal state of affairs, is it too much to expect the scientific community to step up and set a positive example of inclusiveness?

Not for one ambitious international group of quantum scientists that will organise the second edition of a technical workshop called Q-turn in Chennai next year. What sets Q-turn apart is its emphasis on being an inclusive, diverse and safe space for researchers of all identities to participate and collaborate.

“We started off in South America as we were trying to move away from traditional venues in Europe and North America,” Bermejo-Vega, who works on quantum computation at the University of Granada, Spain, said.

“Because of this, we believe scientists in non-western countries have fewer opportunities to present their work and network. It is one of our goals to attempt to correct that bias.”

Why did they pick India as their next venue? She said that India had surprisingly had a strong presence in the first conference. Apart from Brazil (28.4%), the highest fraction of applicants were Indians (12.1%). Bermejo-Vega also said that the Indian fraction of applicants had a starkly lower gender ratio – 81.3% men – compared to the average of 68.1%.

Naturally, India fit the bill as a potential venue for the second edition – and with a push from the Indians in the organising committee, it was settled. Two Indian scientists, Ralph Silva and Ravi Kunjwal, from ETH Zurich and Université Libre de Bruxelles, Belgium, respectively, volunteered to help make it happen. Soon other Indian co-organisers and collaborators were onboard.

Q-turn 2018 had a strong impression on Kunjwal, and he was sure more Indian quantum researchers would benefit from the same opportunity.

“One of the things I heard from the organisers at the last Q-turn was that there was a lot of interest from Indian students in attending the meeting but there wasn’t enough money to support them all with travel grants,” Kunjwal said. “So there was some motivation to take it to India. It was also something I privately considered myself once I attended the conference and realised how good and different it was from other quantum meetings I had attended.”

Having done his PhD in Chennai, Ravi has roped in two local co-organisers, Prabha Mandayam from IIT Madras and Chandru M. Chandrashekhar from the Institute of Mathematical Sciences. So that’s how Chennai was finalised as the host for Q-turn 2020, due to be held in November/early December next year.

“Q-turn 2018 was a very refreshing conference, attended largely by junior folks – students, postdocs, junior faculty – in quantum information, and over 35% of them were non-male,” Kunjwal said.

The conference report confirmed that women presented 32% of Q-turn 2018’s talks and 4.5% by transgender or non-binary scientists. Kunjwal and many other attendees were also impressed by the programme’s ‘awareness track’. 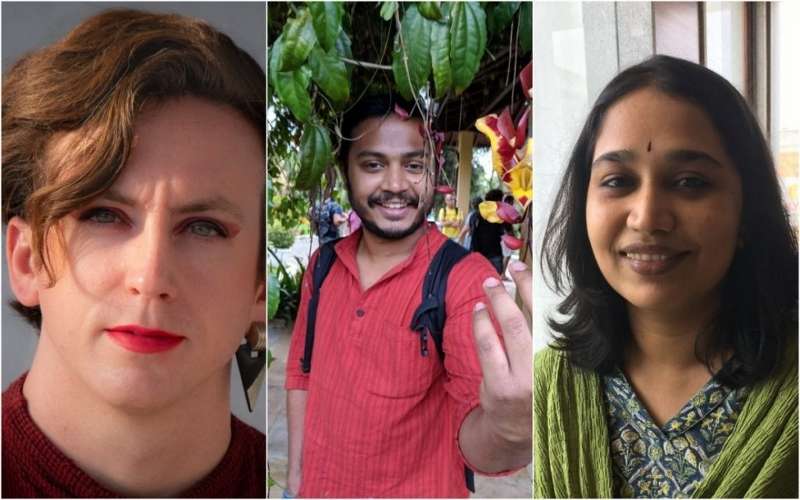 “The workshop has two types of conference tracks. First, a quantum science track, where we discuss research work in quantum information, computation and foundations. Second, an awareness track, with talks and discussions on topics ranging from diversity, equity, inclusion, privilege to labour rights and responsible research in quantum science,” Bermejo-Vega, one of the founders, said.

“We believe there exist community issues related to these topics that affect quantum scientists. Such a conference is needed in the field of quantum information, in order to have a space where scientists can meet to discuss work but also such community issues.”

This is not the first time India will be hosting a scientific conference with a parallel track on gender equity awareness. In September 2019, the Indian Physics Association organised a conference entitled ‘Pressing for Progress’, a “first-of-its-kind national meeting in which both physics-related and sociology of physics-related topics” were on the table, over 70% of whose participants were women.

Being international and more subject-specific, Q-turn has to work harder to boost local participation. One way to do this is with financial assistance. In 2018, the organisers offered travel grants for delegates from South America to encourage them to attend the workshop in Brazil. They’re planning to do the same thing in India as well.

Apart from geographical diversity, they’re also committed to involve underrepresented groups, including gender and sexual identities. “We attempt to prioritise speakers from underrepresented backgrounds (women, persons of colour, LGBTQ+, junior scientists) when we choose invited speakers. We offer travel aid, advertise the workshop in focused networks (e.g., organisations for underrepresented scientists),” according to Bermejo-Vega. For Q-turn 2020’s awareness programme, she added, they’re also looking for speakers engaged in issues specific to India, such as casteism.

Bermejo-Vega was always sensitive to issues of representation and safety for marginalised groups. “I am a transgender woman, and I also have suffered work-related health issues during my PhD. During this time I became politically involved… maybe I was outraged, having seen many cases of abuse and poor work conditions in academia. Several colleagues have struggled. I’m also a feminist.”

Reflecting its experiences and values, the Q-turn community will have zero tolerance for any form of discrimination and intends to provide a harassment-free experience for everyone. They follow a strict and clear code-of-conduct borrowed from the Geek Feminism Wiki, which addresses topics like reverse sexism, consent, redressal mechanisms and consequences.

Bermejo-Vega also said they “have a peer-reviewed selection system for invited speakers, accept external suggestions, and ban anyone with known abusive behaviours.” 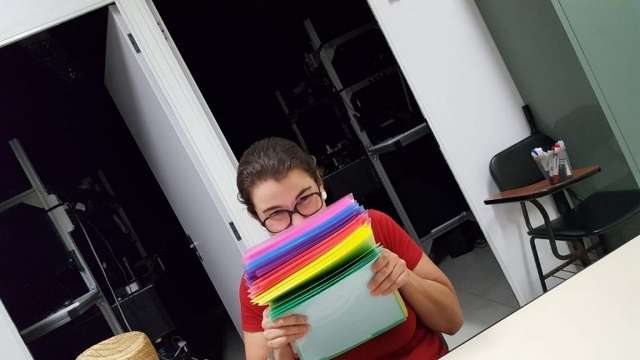 When briefed about the contentious atmosphere with regard to trans persons’ rights in India, Bermejo-Vega said that even in Brazil, the political atmosphere was glum at the time, with Jair Bolsonaro’s election as president. She expressed solidarity with the struggle of India’s transgender people and those of all other minorities.

“The main positive outcome of having more diversity in such conferences is, I think, the inspiration it offers for students and younger academicians,” Prabha Mandayam, researcher in quantum computation and quantum information theory at IIT Madras and one of the local co-organisers, said.

“For example, drawing upon my experiences as a female academician, I feel that having a significant fraction of women speakers at conferences serves as a major motivation for young female  researchers.”

Mandayam is mother to a toddler, and said she appreciated conferences and venues that made it much easier for women to participate, such as with childcare facilities at the venue, for example. “Overall, having a healthy mix of participants from diverse backgrounds, while taking care to not compromise on the quality of the program, does provide a healthy, vibrant environment to any academic event,” she said.

The Q-turn team is excited for what is to come but they understand that its success will depend on how well the formula works in India and how many people participate.

For now, Kunjwal is focused on hosting speakers who can engage meaningfully with India-specific issues. “My worry is that we will be victims of our own limitations in deciding speakers, so I am trying to read widely and get inputs from folks privately to zero in on some good suggestions.”

A. Mani, a mathematician in Kolkata and an active proponent of inclusive scientific events, said Q-turn should benefit from ideas from feminist academics. As a trans woman researcher, she herself has had mixed experiences at conferences.

“Some conferences are relatively inclusive, while others are organised according to the whims and fancies of organisers. Enough rules aren’t in place, and no code of conduct is enforced.”

She said that it’s critical to have an inclusive and diverse programme, executive and advisory committees, good speakers, and positive discrimination for underrepresented and disadvantaged categories. The code-of-conduct, she stressed, needs to be adapted to the specific needs of a conference or meet-up, and it may need to provide specially to protect trans people in general.

Collective decision-making is a crucial feature of how Q-turn works. “We are trying to engage with local groups now,” said Bermejo-Vega. “Our hope is that once the conference call for papers is announced, there will be a lot more interest and submissions to the meeting.”

Kunjwal is also optimistic. Q-turn is being organised by “folks who volunteered following an open invitation to everyone, and each of us has taken up some aspect of the conference that we focus on. I absolutely love the fact that the responsibilities are freely taken up by those who care about the idea of Q-turn and that there is a general sense that we’re all contributing to something worthwhile in the long run.”

Author bio: Nandita Jayaraj is a science journalist and co-founder of The Life of Science.

Note: This article was published originally on The Wire.

Hello Writer,
Very happy to hear about this workshop and the Chennai people are eagerly waiting for this kind of workshop. While conducting this kind of workshop, if you required any spaces like Meeting Rooms, Conference Rooms, Event Venues, Party Halls etc. Please book it here Meeting Rooms in Chennai.
https://www.instagathering.com/meeting-rooms-banquet-halls-party-venues-chennai