Our editorial letter on the "Labhopping for Mental Health" series that ran on our blog through October, 2019. 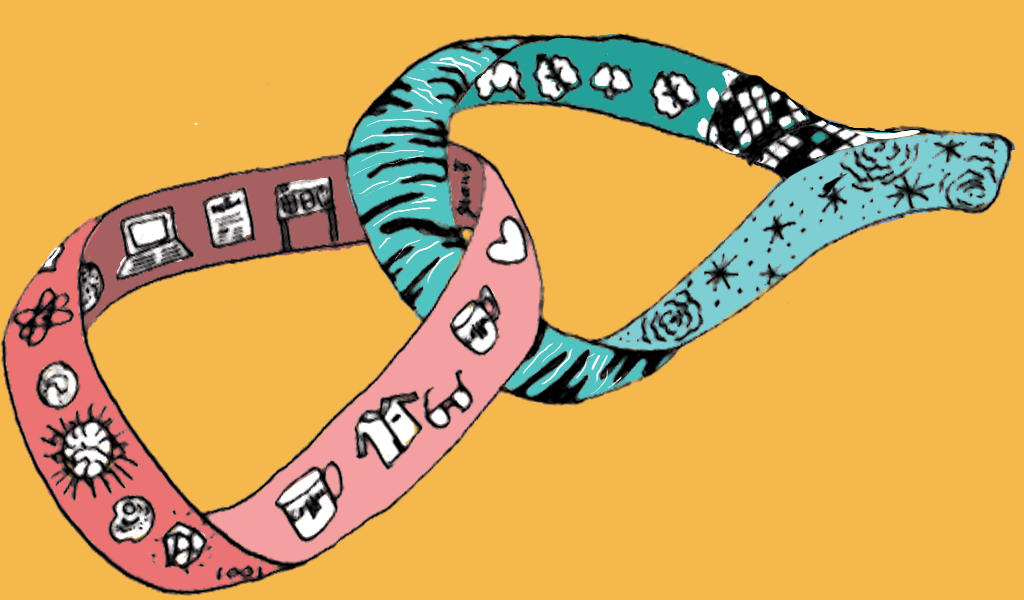 With our report titled ‘Against Science of Sacrifice’ by Riddhi Dastidar, we have come to the end of ‘Labhopping for Mental Health’ series that ran through October. A product of our collaboration with 11 writers, two artists, translators, and a four-member editorial team, the series was widely shared and has been appreciated for fostering difficult conversations about mental health in the Indian scientific community. The original idea was to have a one-off piece for World Mental Health Awareness Day on October 10, but the more we discussed it, it became apparent that the mental health crisis and the associated intersections could not be encapsulated in a single article. Thanks to the support of Wellcome Trust-DBT India Alliance, we hosted a month-long themed series, our first such on TheLifeofScience.com.

Firstly, power equations in science academia are heavily in favour of Principal Investigators (PIs)/advisors. With a lack of training among PIs and the high-pressure environment, choosing a career in research can prove to be risky for young students.

As Vidita Vaidya, a PI herself, said in the article titled “STEMming the tide of mental health crises” that documents a conversation between PhD scholar Praachi Tiwari, her advisor Vidita and sociologist Gita Chadha:

The power equation is very steep in the direction of the advisor, and the onus should be on faculty to work to neutralise this as best as they can. (Read more)

PIs must inculcate empathy towards those who need time off due to mental illness. A former academic wrote the gutting article “Living to tell the tale: I quit my PhD as a survival tactic” a personal account of dropping out that has brought to the forefront the life-threatening apathy that labs can propagate. This bittersweet story was shared over 900 times on Facebook alone.

Over time, without much support, my depression grew insidiously. I became less and less efficient over time, until one day the academicians around me were convinced that I was “no longer interested”. I was treated no different than a piece of equipment that had stopped working at optimal capacity. (Read more)

Once we acknowledge that scientific communities are insensitive to mental health issues, we must think about those from marginalised groups of gender, caste, disability and others that are disproportionately affected by these lacunae. Mathematician A. Mani described in her piece titled “Being a Lesbian Trans Woman of Science in India” how gender dysphoria & being transgender led her to be isolated from the academic circles. In an accompanying resource article, she teamed up with Sayani Basak to produce an explainer for those who want to educate themselves on the nuances of gender issues and LTQ terms.

Before transitioning, I was always closeted, withdrawn, often suffered from depression and anxiety, and had strong suicidal tendencies – because there were no real options for escape. All this affected my academic performance — at least from the perspective of consistency. There were hardly any relatable counselling facilities in school or college or elsewhere. Despite that, I kept track of developments in trans and related issues through journals, and books…Post and during the transition, I have definitely faced much discrimination and bigotry in the academic world… (Read more)

Conversations about mental health are still too few and far between; when they do happen they do so in a manner that is highly exclusionary of historically marginalised groups like Dalit, Bahujan and Adivasi. What happens when a large bulk of Indian families can’t afford the ‘mental healthing’ and for many generations have had to get on with work without affording the luxuries of self-care? Vijeta, a teacher at a college in Bengaluru wrote in her powerful personal essay “I can’t be depressed, I am Dalit.”

…what we are essentially getting is a western manual to understanding mental illness that doesn’t have the backbone to look eye-to-eye with caste. The problem with psychology and counselling as they appear to be practised in academia today is their obsession with marketing it as a science(in classrooms, lectures, careers.) There has been a consistent narrativising of mental illness as a universal problem without bothering to locate it as something that could be produced by social realities. And since we are speaking about India, is there any other social reality here that is bigger than the reality of caste? (Read more)

This series was difficult for us, as individuals and as a team trying to understand and narrativise the crisis in STEM. We hope that the work can convey the feeling of solidarity among those suffering today – you are not alone. With PIs and institutes waking up to these cries of help, things – we hope – are bound to improve. Siuli Mitra from THSTI Faridabad opened up in “How one research institute is building a culture where #ItsOkayToTalk” about the mistakes institutes make, and earnest measures they can take to make up for the lost time.

I had these conversations inside my head for a long time (and I think many others do too). Since MANAN started, we have found common issues to brood on. People who have faced mental health issues, those who have dealt with them and those who brushed them under the carpet are now all in the same room. (Read more)

To fortify this bulk of personal experience-driven information, we turned to a journalist for a more bird’s eye view of the situation. Riddhi Dastidar spoke with over 20 former & current academics who are stakeholders in this situation. Her reportage “Against a Science of Sacrifice” provided further evidence that the Indian scientific structure has a long way to go in really being there for minorities that are isolated, young students who need support and empathy and those that become vulnerable due to mental illness or identities that are not yet socially accepted.

This sentiment was unanimous among scholars across institutions I spoke to. “There are comments thrown around if they don’t see your face enough in the lab — even if your work hours differ,” a PhD scholar at IISc said. Soon after a bout of severe illness left her incapacitated, she started getting calls from the lab saying she “needed to come back immediately” while still in the hospital. A former MSc student at NCBS who has since left academia said her anxiety skyrocketed, despite her lab being “less toxic than many others” she knew of. “Every time my PI would call me in, I’d get scared. Just the idea of going to the lab was distressing.” (Read more)

We are grateful to all the contributors, sources and collaborators who took us through this painful yet sobering process while creating this series. All of the pieces went through sensitivity edits by journalist and psychological counsellor Mahananda Bohidar. She not only made sure the wording was thoughtful towards those suffering but also added trigger warnings and put together this support document in case a reader might need to reach out to a mental health support group or practitioner. We would like to heartily thank her and Ipsa Jain, whose art brought tranquil reflection to these accounts that can be hard to read.

With love and rage,
Team TLoS