"Post and during the transition, I have definitely faced much discrimination and bigotry in the academic world," says A. Mani, a mathematician 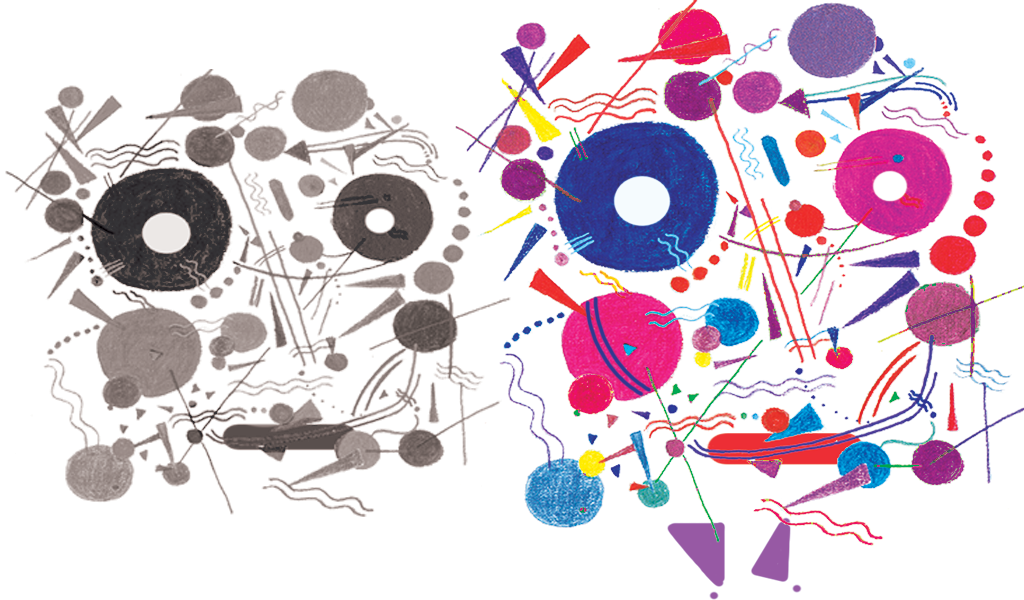 I am a leading researcher in rough sets, a senior elected member of the International Rough Set Society, and among the few lesbian trans women in academia (I identify as a woman and my pronouns are she/hers/her). My areas of research are algebra, logic, rough sets, formal approaches to vagueness and allied areas. Till recently, I was with the University of Calcutta. But my career has been pretty atypical (A Mani, 2019a) — aspects of this are mentioned below. In this article, I will be drawing on my experiences as an LTQ woman to illustrate some issues that woman of science may face with their mental health.

Editor’s note: Readers are advised to see this resource article for clarifications on the terminology used in this article.

When somebody says that they ate well, or that they are happy or that a car is very fast, then they are being vague about many things. Such vague statements may or may not be sufficient to describe the real-life situation in its entirety. In fact, vagueness (as opposed to uncertainty) is omnipresent in most expressions in human languages. Formal approaches to vagueness are essentially mathematical. Modern mathematics is not only about numbers — it is about abstraction, representation, computations, logical conclusions, and inferences about suitable collections of objects or processes. Vagueness is among the most exciting areas of research that forms the foundations of artificial intelligence, and understanding human reasoning.

Though I have only vague recollections of my life before I was nine years old, I did understand aspects of gender. At the time I was six years old, I came upon the realisation that I was a girl. This relates to the development of my ideas of beauty and femininity from an early age. These have always been non-traditional and my role models were strong hard-working women, including my science teacher in middle school. I learnt that one can be beautiful with minimal make-up, and that beauty also lies in physical movement. But I was always an introvert, and never bothered talking about gender with anyone else.

I have always been studious and extremely imaginative. I had a huge collection of impressive merit cards by the age of nine. Physically, I was naturally androgynous – thin and strong during my school-days – and my favourite sport was cricket. While students at my co-educational schools were mostly clueless about LGBTQ matters, I did not face any bullying or abuse. More details of my school-days can be found in this blog post.

A trail to transitioning

Trans matters (especially in the context of psychology) were not commonly understood in most parts of the world before the year 2000, because of patriarchal dynamics. My formal medical and legal transition happened between the years 2012 to 2014. (According to modern gender theory, trans women are born as women at birth with a body problem, and so the word ‘medical transition’ refers to radically transforming sexual features of one’s body). During this period I was also pursuing my doctoral studies at the University of Calcutta. I had been wanting to transition since my school days, but a lack of support and facilities proved to be a hindrance. In fact, on one particular occasion, a particular psychiatrist (in India, it was and is necessary to obtain certifications from psychiatrists for transitioning — the current situation is due to the flawed Trans Bill of 2019 as opposed to the inclusive NALSA judgement of 2014) simply refused to help me because of their prejudice. My so-called parents also opposed my plans because of their religious bigotry.

My journey in mental health

Before transitioning, I was always closeted, withdrawn, often suffered from depression and anxiety, and had strong suicidal tendencies – because there were no real options for escape. All this affected my academic performance — at least from the perspective of consistency. There were hardly any relatable counselling facilities in school or college or elsewhere. Despite that, I kept track of developments in trans and related issues through journals, and books.

Some of the symptoms I went through – like those mentioned in the previous paragraph – are examples of gender dysphoria. In simple terms, it refers to a sense of mismatch between one’s sense of self (in relation to gender identity and expression), and the internal and external parts of their body. It may be expressed relative to one’s body characteristics, or in the perception of others’ bodies, or in relation to one’s mental state or in relation to social interaction. Examples of such symptoms include: 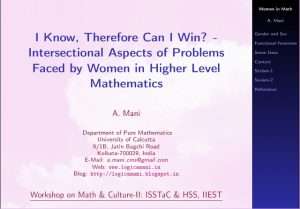 Slide from a talk by Mani at IIEST

Most, if not all, trans women experience dysphoria to different extents. More information about gender dysphoria can be found in my 2014 article. Subsets of the thirty symptoms listed in the article are suggestive of gender dysphoria in trans women. I experienced as many as sixteen of the thirty mentioned in the article (including the ones mentioned above) and resigned myself to committing suicide in an event of ‘sufficient degeneration’ of my body. In a related paper (yes, I have a few research publications on gender studies), I have argued that gender dysphoria is almost certain to cause a certain degree of loneliness in trans women.

In fact, I have also experienced another common symptom of gender dysphoria – depersonalisation. Depersonalisation involves certain feelings and experiences of oneself or the world as unreal. It did not alter my perception of reality, but induced a level of detachment from the external world, and led to numbing my emotions. In unwelcoming or hostile environments, it is known that people experiencing aspects of depersonalisation are likely to withdraw further. I think this is in line with my experiences.

While the year 2012 was a successful one for me from a research career perspective, I decided to transition in desperation because I had no real choice. In fact, I was not even sure of successfully transitioning because of the effects of long-term gender dysphoria.

A substantial amount of unpublished mathematical research done by me during my pre-transition period is not well-connected with mainstream research. This part of my work, in particular, is also suggestive of the influence of depersonalisation in my mathematical development.

I was into research-level mathematics right after my B.Sc at Calcutta University and a postgraduate course in statistics from ISI Kolkata. Subsequently, I published a number of research papers in top-level journals much before my M.Sc in pure mathematics and qualifying for CSIR-NET in 2011. Initially, my research interests in mathematics were restricted to analysis, semi-groups and partial algebra. I was not formally associated with an institute before my M.Sc and worked independently. This led to me spending a  substantially large amount of time building a background in research-level mathematics (and philosophy). During this time, I was also a part-time teacher and had the option of joining research groups in sub-areas, not of interest to me. Overtime my research interests shifted to algebra, rough sets, vagueness and logic, and I have published plenty of research in the fields before, during and after the transition. It may be noted that my research productivity was considerably higher during and after my transition. 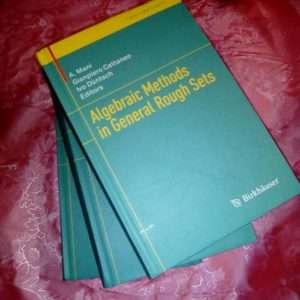 The exclusion and alienation of my pre-transition life almost certainly affected the nature of my research collaborations. Research collaboration can take several forms: citing somebody’s research, working on an alternative theory that rejects another, working on a joint paper, developing an alternative theory that aims to complement a given theory, and developing research ideas from teaching notes or reviews — more details can be found in (A Mani, 2019a). These are organised into hierarchies based on questionable rationales by the status quo. These hierarchies were not well suited for me especially during my pre-transition days — during which I was never part of a jointly authored research paper. In fact, until the year 2016, all of my research publications were authored by me solely. Today, I would say it has improved considerably over the last few years. In 2018, I co-edited and authored nearly half of a research volume titled Algebraic Methods in General Rough Sets.

Being LQT in academia

Post and during the transition, I have definitely faced much discrimination and bigotry in the academic world. It is one thing to be discriminated against and another to prove it happened to you, in Indian academia.

I did not face too many issues in updating my legal identity documents after transitioning to a woman. Even at the university, the updates happened smoothly and almost everybody was supportive. Relative to the Indian academia in general, some people (mostly men) were definitely bigoted, misogynist, and trans-phobic towards me during and post-transition. Interestingly, their behaviour correlates with their level of patriarchal views and behaviour with other women. Some others took their time to adjust to the facts, and others were excellently supportive. In retrospect, I must say that my command of feminism helped in managing people. My version of feminism (functional feminism) is some blend of Intersectional, Lesbian, Marxist, Geek, and Socialist feminism. Specifically, I try to arrive at decisions rapidly using feminist thought, and also explore methods of minimal but effective communication in practical contexts (possibly through memes because they are the units of cultural evolution).

Of all the strategies that can be used to combat discrimination, and the attitudes that lead to it, I believe that persistent sensitisation is most important.

Most parts of India lack an open lesbian culture; people are often intolerant, patriarchal, and homophobic. Urban academic milieus are generally better off, but lesbians tend to be mostly closeted about their relationships. I have been in multiple lesbian relationships (before and after transition) — even these have been influenced by the general trend of being closeted or half-closeted. Scenarios like these do lead to degrees of alienation of LTQ women in general, and play a role in determining their optimal activism strategies because the personal is political.

LTQ women are likely to face marginalisation, exclusion, and othering in apparently pre-dominantly hetero-patriarchal societies and academic bodies dominated by them (especially in the Indian context). It is necessary that academic bodies, in particular, try to build a more welcoming and inclusive environment, update archaic sexual harassment handling procedures, provide positive discrimination (reservation) and sensitise all stakeholders for them.

Based on my own experiences and conversations with other LTQ women in the academia at different levels, I offer few suggestions for building an inclusive, and discrimination-free environment.

Author bio: A Mani is a researcher in pure mathematics and logic.

Acknowledgements: I would like to thank Sayani Basak of TISS Guwahati, and the TLoS team for useful suggestions.
TLoS thanks A Mani for the images!

Note: Please find a list of queer support groups at the end of the resource article.

Illustration by Ipsa Jain. Title: Change Note from the artist: Escaping the clouds by accepting the colors of gender identity.

This piece is part of a series supported by India Alliance.