From my two years of being in academia, I’ve come to understand that this insecurity has a name, ‘imposter syndrome’, and it does not stop or get any better along the journey. 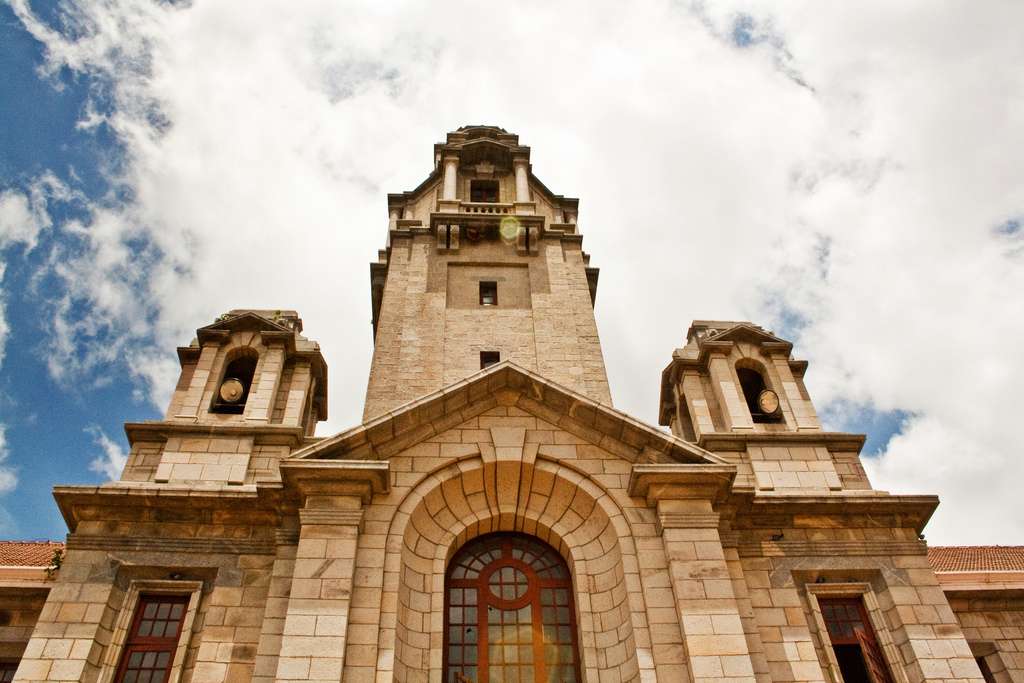 Not much has changed in two years. The walls still echo with academic discussions. The monkeys still chatter carelessly. The canteens still give the mixed smell of hot idli and steaming sambar. What stands different after two years inside the campus of the Indian Institute of Science is me.

The scene from two years ago is still vivid in my mind: it was midsummer, and the sun was playing her highest and sharpest melody in Chennai. I had just returned from an interview at IISER Trivandrum which had gone downhill from the moment I said my interest was astrobiology and the professors began to google questions to ask me. That’s when I got a call. I had been admitted into the prestigious Indian Institute of Science for their Integrated PhD programme!.

And just like that, I was a superwoman, a genius, a brainiac in line for the next Nobel Prize. Everyone at home celebrated with me. I was the akka to whom kids should look up to if they don’t want to end up with an engineering degree or an IT job. Every conversation between my parents and a long-lost relative in a marriage function went like this:

Relative: What is Rohini doing now?

Parents: So, you know IIT, right?

Relative: Oh, yes, she got in there?

Parents: No. but imagine IIT, but a rank and class higher. It is called IISc and it is in Bangalore.

Relative: …you sent her all the way to Bangalore for something that is not even IIT? What about her marriage?

That last comment beckons yet another article, so let us not go there for now.

Nevetheless, I was thrilled beyond my imagination. Apart from being the premier educational institute in the country, IISc is known as the hub of basic research. My zoology bachelors at a local college was no different from my school, in that it only involved getting factual information out of textbooks and writing foot long answers of it for the sake of marks and ranks. By the end of my 15 years of education, I was so well-trained that I could relate the half-life of carbon to six significant digits even when quizzed in my sleep. Or rap battle the 24 Orders of Class Aves and 30-or-so Orders of Insecta… with Jay-Z… to death.

IISc, in my mind, would be different. Being admitted in IISc would mean that I would no longer be punished anymore for writing answers that were different from what the textbook said; I’d finally be appreciated for the knowledge I have imbibed and not for rote-learning.

A couple of weeks later, my parents and I were greeted by a freezing morning in Bengaluru. We stood, craning our necks to take in the glamour of the main building in IISc. Trees and grass were sprawled across in any direction we looked. Students with head-phones walked by, seemingly jamming to the song of their liking… while my own heart sang, “You’re home, baby!” 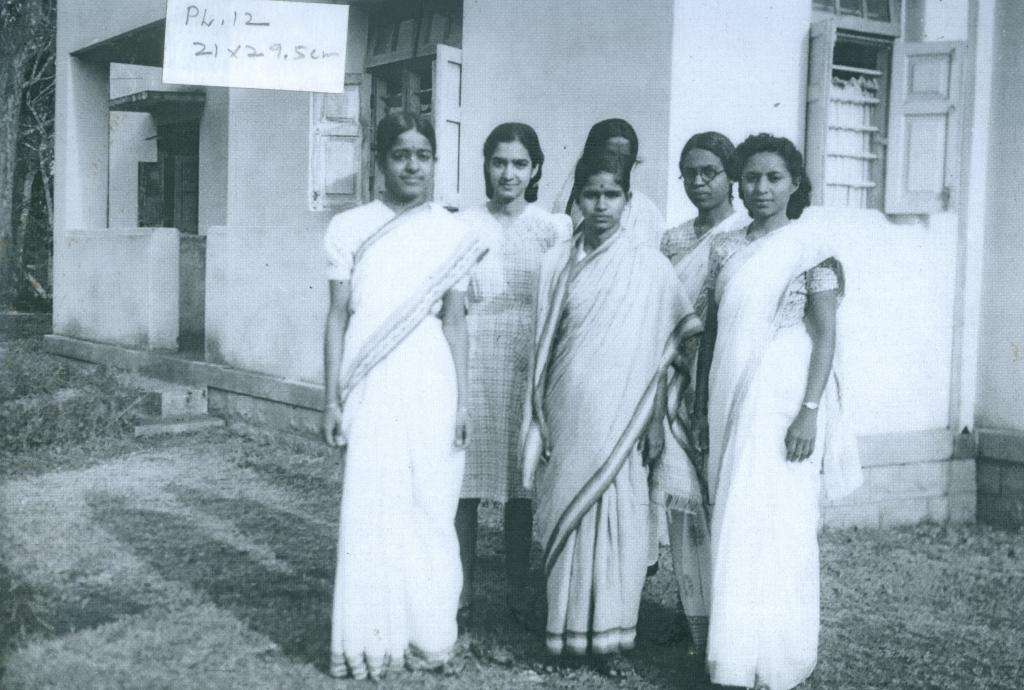 After the initial paperwork and emotional goodbyes, the 13 of us in the programme were left awestruck, but with the same thought in our heads, “How did I even get selected here?” I found that everyone had a similar story of what they thought was a not-so-good interview session, only to find out later in that heart-stopping moment that we had made it. What was the quality in us that the professors saw fit? None of us knew, and sometimes I still wonder. In the midst of flitting between the nearest hospital for that missed vaccine and the nearest store for a new cycle, we were briefed about what the programme expected from us. I will take the liberty to point some here.

Despite how overwhelming this was, the courses helped me get accustomed to the prevailing scientific atmosphere. It introduced to us the philosophy of doing science. We read scientific papers – some of us for the first time – and tried to learn the art of critiquing it. It opened to us to the possibility that even the most brilliant minds could be prone to errors and that it is of utmost importance to go over every statistic and every conclusion drawn in a scientific paper. And that, by itself, was the most important lesson IISc had to offer me till date – to doubt and question everything and everyone.

Yet, there were challenges in store. Classes were shared by the undergraduates, PhD and Integrated PhD students – each with their own comfort levels with the way the courses were taught. Many of us felt less-than-secure to be amongst the table toppers of all those prestigious-abbreviated-entrance-exams of the country. From my two years of being in academia, I’ve come to understand that this insecurity has a name, ‘imposter syndrome’, and it does not stop or get any better along the journey. I have realised that I’m in a wonderland so similar to the one Alice found herself in, in Through the Looking Glass where the Red Queen said,

“Now, here, you see, it takes all the running you can do, to keep in the same place.”

The Red Queen hypothesis, popular in evolutionary biology, applies to academia too. Scientific papers are published by loads in every field, every day, from every corner of the world, and PhD students, their PIs, post-docs and research assistants are constantly on their toes trying not to lose pace in this perpetual marathon towards a big shiny orb. This shiny orb is an excellent shapeshifter. When one is a naïve undergrad, it takes the shape of the dreamy graduate programme in one of those classic Ivy League universities; for a PhD student, it is the mirage of stepping into the shoes of a post-doctoral candidate; for a post-doc, it is the gleaming role of a faculty position; and for a professor, it may be that exotic apple in the lush garden of tenure.

Some come to realise this trap of this race and back down (again, another article on its own), and very few decide to take a breather from incessant pursuit and enjoy the journey instead. And these few make academia stand for what it really is meant to be – a medium to satisfy one’s curiosity for the workings of this world, in whatever small way one may.

Cut to the present. Here I am at the end of two years, after taking a slew of courses and completing the 64 credits. And where do I stand? Still curious, but confused. Though my liking for finding answers hasn’t wavered, I now have a better idea of what transpires behind the glamorous facade of science. It is not a career for monetary gain nor for societal pride. It is not for you, if you think every experiment will work. Behind every line in a science textbook, has been a couple of PhDs at least. Behind every successful paper, is a dozen or more botched experiments and threats of rejection by journal reviewers. Behind every PhD degree is a six-year-or-so personal and professional struggle and mental trauma.

Yes, two years opened my eyes to the real world of academia. But it also taught me to wield a powerful weapon – critical thinking. Hours of critiquing, sometimes of Nobel laureates’ papers, taught me that only in the wake of evidence (and p-value < 0.05) could any claim stand its ground. And so, even if little has changed in these last two years, I for one stand better equipped to deal with the age of alternative truth.

Rohini is a student at Indian Institute of Science who works on movement neuroscience whilst making sense of the world through poems and essays.

8 responses to "Two Years in IISc, and Learning to Doubt Everyone & Everything"

Behind every line we read on science textbook there are countable PhD’s, you caught me there!! I was awestruck reading this…its all bit of realisation every now and then in science. Keep going girl

A very well articulate article!! Being a researcher, I could very well correlate it.

From one IntPhD to another, very very relatable. Thanks for reminding us of this journey. Almost every word in there rings true; may we all find our way through!!

As a common man.. what I perceive is students choose IIT for brand value for handsomely paid jobs… And IISc to pursue a career in research… a fertile soil to nourish their urge in giving something back to science… Now it’s like u don’t choose IISc… IISc chooses you to be a part of it… Really an article every aspiring IIScian must read.. please keep posting such articles to ignite the young aspiring minds.. regards

Hi Rohini, your article is very helpful to many of us students and your journey sounds a lot like me, since I too have great in interest in Astro Biology and ,Quantum Biology. If you don’t mind, could you share your journey, to IISc emphasizing the intellectual journey?
Regards, Sonakshi

Hi Rohini,even though your article was published last year ,it is in these testing times that i got a chance to read and appreciate it.Yes,IISc carries a burden of which only a very few can carry and hopefully you’re one among them.I am saying this because i know what it takes to get into IISc after being a successful reject.So all the best and share your anecdotes of the institute.Sometimes these stories are refreshing to hear to compared to a mundane life.