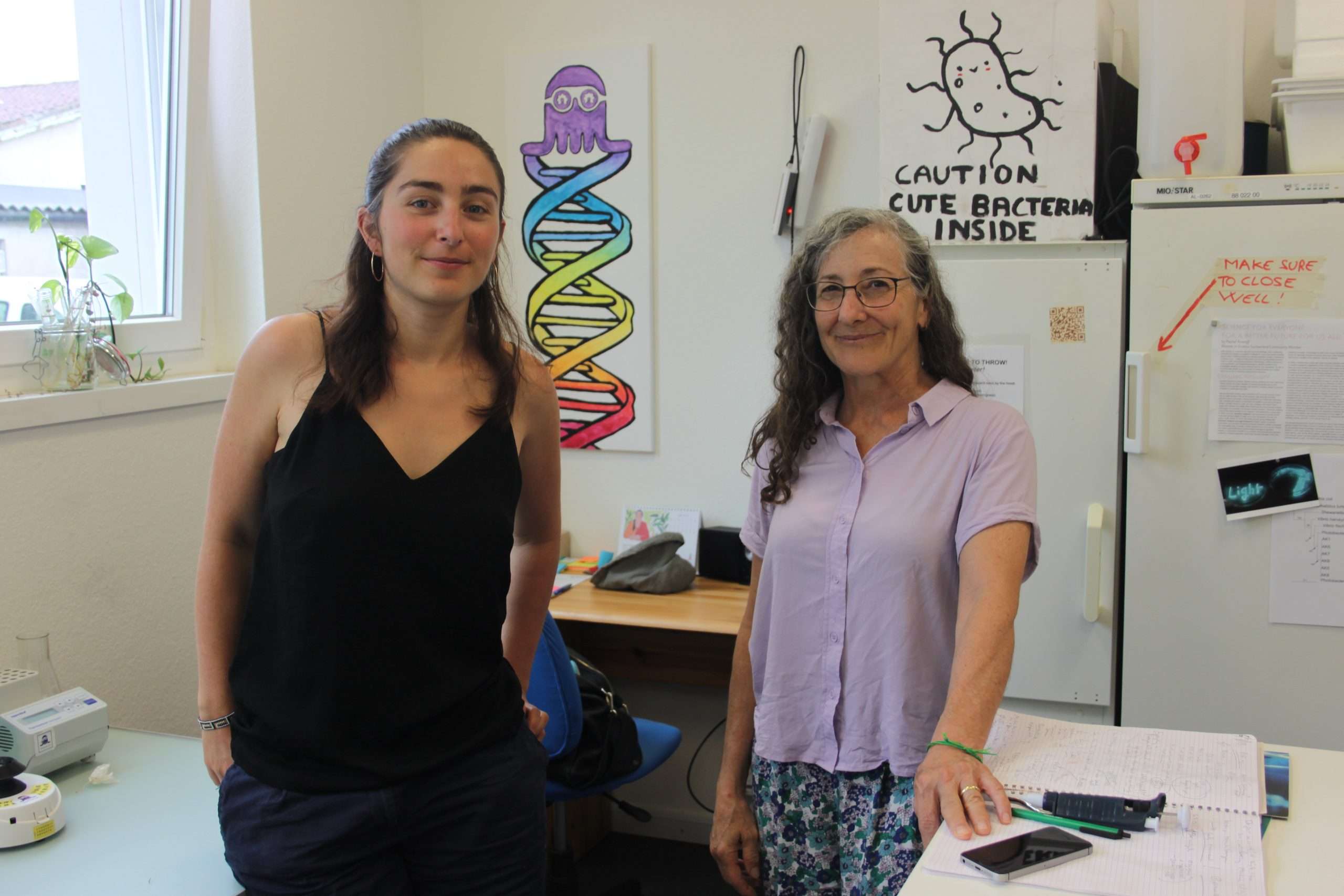 Science is on the cusp of change. It has been on this cusp since the World Wide Web was invented when computer scientists at CERN led by Tim Berners-Lee developed a tool to openly share the large amounts of data generated at the world’s largest particle collider.

Thirty years later, the Web has gone on to reorganise many sectors (like media, for example) but the global science community is still arguing about who should pay for open public access to research papers – the scientists, the journals or funding agencies?

Taking inspiration from the open principles of hacker culture like transparency, a few groups have moved many steps beyond open access, into open science. While the discussion still rages on in the West, about Plan S – a commitment to open access led by European science academies, or about the odd colour spectrum of Open Access models on the horizon, some communities are getting on with Do-It-Together (DIT) Science in membership laboratories they have set up, open to all citizens. “The idea is to democratise research itself, allowing anyone infrastructure and especially inspiration,” says Rachel Aronoff, current President of Hackuarium, one such open science hub in Lausanne.

Hackuarium is a community of biohackers. The group of hobbyists has openly published data of over 30 experiments carried out here – including a survey of yeast species in crowdsourced samples of beer, and monitoring unsuitable water quality of lakeshores in nearby Montreaux Bay – one generally considered to be a pristine swiss-standard lake.

Lausanne is also home to the EPFL – Ecole polytechnique fédérale de Lausanne, which is one of the two national science institutes of Switzerland dedicated to cutting-edge research in science and technology. This year the engineering research institute hosted the 2019 World Conference of Science Journalists. That’s where I meet Luc.

“I am not really interested in the debate surrounding open access, but I’m passionate about open science,” says Luc Henry, the co-founder of Hackuarim, a former scientist-turned-science journalist, and now the open science advisor to the current President of EPFL.

The very first session I had earmarked to attend at the conference was a roundtable discussion titled: “The Battle of Open Access”. At the session, Daniel Ropers, CEO of Springer Nature, presented the position of big publications as the global academic community transitions from paywalled research papers into open access. In his opening remarks, Ropers said: “There is no reason to be against a world that is completely open access. If we could design the research communication system anew I’m sure we could set it up as an open-access system, to begin with. All the problems that we will be discussing today have to do with transitioning from something that is there for historic reasons into a new open science world.”

“I want to say ‘open science’ because open access is just a stepstone to what comes after – a much more efficient way to create knowledge, to disseminate knowledge and to make it reusable. So I don’t just mean publishing the finished article for everybody that is free to access but also open data, open protocols, open methods, open standards and way better transparency in the whole scientific process,” said Daniel Ropers, CEO of Springer Nature.

Before we sit through the roundtable discussion together that Luc would later describe as a “non-debate”, I ask him about the many pies that he has his fingers in. Some of these pies he has made himself. One of them is Hackuarium and another is Science Booster, a crowdfunding platform in partnership with wemakeit.com – Europe’s biggest crowdfunding platform.

Luc is outraged at the irony of the open-access debate. “Researchers built the Web to communicate with colleagues and share their discoveries with them. Open science was the first purpose of the Web. What we see today in society is a byproduct.” The first website popped up in 1989 when Tim Burners-Lee and his colleagues successfully attempted to connect information sets under hypertext to a server via the internet.

The Hackuarium lab that Luc and their colleagues have been running for 5 years is a reaction to their disgruntlement at the wasted potential of all the scientific results that are locked out of the collective eye. Five years ago, Luc brought personal contacts together to create a community of science practitioners in the spirit of transparency and openness. “We decided not to partner with an institution because we wanted Hackuarium to be non-institutional. And I know from experience, I work here (at EPFL), I love this institution, it is fantastic! But as soon as you institutionalise an initiative, it tends to lose the spontaneity and freedom that you can create outside,” he says.

“The Web went on to disrupt everything in society, but scholarly communication has survived pretty much untouched.”

“There was nothing like an open science hub in Switzerland, no actual physical space.” The small team put together such a space in 2014 – a zero-cost operation thanks to sponsorship for rent and donations of lab equipment from the likes of local pharma companies, University of Geneva and Nestle research centres around Lausanne.

When I arrived at the ground-floor space the Hackuarium shares with three other similarly-minded hacker/maker groups (that’s how they afford the rent), Rachel, the current president of Hackuarium was waiting for me. Rachel is a scientist with a significant academic career in molecular genetics and is happy to offer her time to tuck Hackuarium neatly into its new space. Accompanying her was Anna Dussuet, a former bioengineering student at nearby EPFL, who spends some free-time hours here.

The tour began with posters describing some of the citizen science projects undertaken by the community. One, titled “Simple Spectrometer”, described an open hardware and software tool that can precisely determine the concentration of coloured substances with possible uses in tracking mercury pollution and bacterial growth. Another described AGiR! – Action for Genomic integrity through Research!, a non-profit Rachel started to promote research for public health about genetic bases of health and personal choices. At Hackuarium, one of her personal projects provides open-source protocols equipping anyone to investigate their own genomic integrity, using classic techniques demonstrating the risk of DNA damage, like the micronucleus assay. This shows if a big piece of a chromosome broke off, in one’s own cheek cells, which is normal occasionally.  However, a high frequency of seeing cells with these small nuclei, in addition to the ordinary one, goes along with increased risk to health.

“The main principle for the Open Science movement is something that’s very hard to do, but essentially, it’s documentation. Ideally, you would have all the scientific results coming to outlive. We have a wiki and GitHub repositories where we share openly and keep track of all the data we get from our research,” Rachel says.

“My PCR results from yesterday’s experiments are on an e-notebook,” she attests.

The word ‘Biohacking’, at the outset, might sound like a bad idea. Only late last year the Chinese embryologists shocked the global science community by announcing the birth of genetically modified human twins – results of experiments performed in secrecy. The public and even some of the Chinese officials were informed of the experiment only when it was declared to be successful. Since then, there have been similar reports from other labs around the world.

Lately, Rachel has grown to be more and more critical of DIY Biology – a term used to generally talk about experiments untaken by hobbyists independently around the world for a long time. Instead, as President, she holds Hackuarium’s general activities, under the flag of DIT Science, for ‘Do-It-Together.’  “I see some DIY biologists that just want to achieve media notoriety, like by injecting themselves with DNA and all this crazy stuff that personally, I am against. And so what I really like to talk about is this DIT research – to do it together,” she says.

“It’s a lot more fun than doing it by yourself!”

“And it’s not just about biology either,” she adds, “In DIT-research we can watch out for each other, and take accountability for our actions. The best experiments are the ones you’ve done a lot of research on before you actually do the experiment.”

DIT Hackuarium projects often include the public. For example, various untrained citizen scientists participated in sample collection activities as part of a study to assess the water quality of waters in Montreux, an hour from Lausanne. In such cases, a middle ground must be found in the intersection of the scientific process and the public. Since typically, the scientists bring the technical expertise to well-meaning yet untrained citizens, it can be hard to bring the two together. Ineffective communication leaves a lot of room for tepid research that has very little statistical value and hence no impact. Some of these can also be sponsored by large companies, such studies. Rachels adds, “come with the risk of low rigorousness in terms of the data”.

“Science is not always fun! It can be, but not always.” Anna chimes in. The study monitoring water quality that she was part of was first initiated as a trash pick-up project with volunteers. She and other Hackuarium members provided the scientific knowhow that ended up adding scientific thoroughness to the initiative. “We did microbial testing of the water to complement the trash pickup. It was tricky to engage the public with the required data collection since they don’t have the training for it. I realised, if you’re going to do real research, you need the education to have a methodology, so you can do useful research with statistics that is significant and not biased.”

Communities like Hackuarium offer effective public engagement with science, more than most outreach efforts by large, heavily funded institutions achieve. Every Wednesday is an open day at Hackuarium. Everyone is welcome to do real science sometimes guided by experts hacking the dominant knowledge systems.

A ‘disruption’ in academia is long pending. As the case of Hackuarium shows, extending the role of a scientist out from institutionalised laboratories into the open lakes and streams can be a bridge between science and society. As Rachel would say, why not do it together?

Could open science labs be the norm in foreseeable future?