A researcher from TIFR, Mumbai talks about her journey from a medical student to a biological researcher. 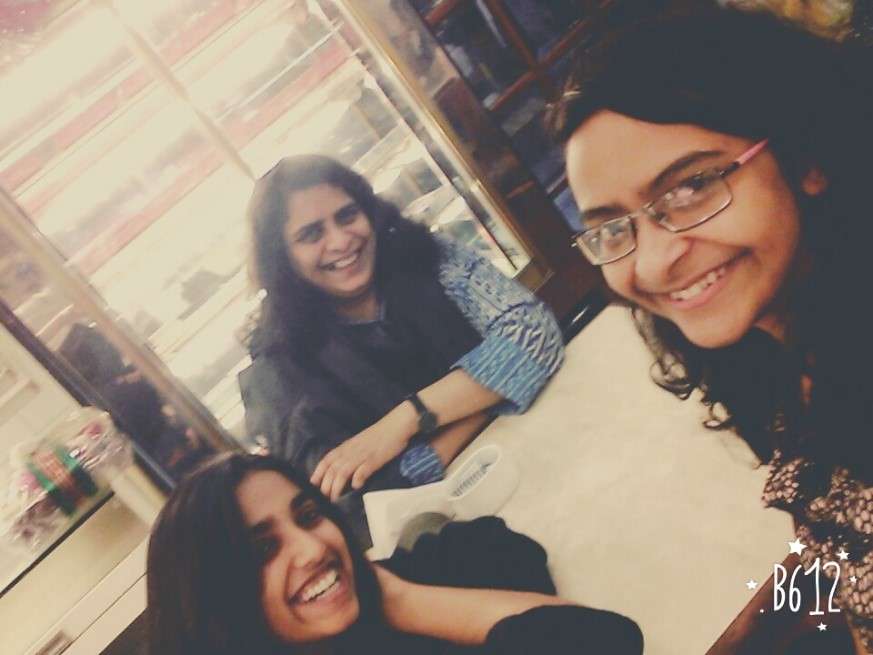 “I think I would go mad if I wasn’t doing experiments”, says Maithreyi Narasimha, an Associate Professor at the Tata Institute of Fundamental Research (TIFR), Mumbai. Maithreyi has been running a lab here for the last twelve years, but she didn’t always feel this strongly about research.

She grew up on the campus of the Indian Institute of Science, Bengaluru, where her father worked. At home, science felt like a second language. Her grandfather taught physics, her mother is a medical doctor, and her father, an aerospace engineer still publishing research papers at the age of 85! “I learnt more through the ‘holiday homework’ that my father gave me during vacation time than anything I learnt in school”, says Maithreyi. In her childhood days, the trees on IISc campus proved to be a source of much wonderment. The young Maithreyi learnt about number series by observing the Fibonacci series appearing in flowers and fruit, and about seed dispersal by watching seeds travel using a propeller-like mechanism, much like that of an airplane. “I knew I was keen on finding things out”, she says. Maithreyi was also exposed to music and literature, where she learnt how verses in the Gita were built and the rules they follow—a theme she came back to much later in her scientific career.

After the 12th grade, though she knew she wanted to do science, she couldn’t decide on the stream—maths or biology. After a lot of deliberation, she chose St. John’s, Bengaluru, where, she had heard, people were doing groundbreaking medical research.

She was at medical school but not to be a doctor. “I could never really see myself as a practising doctor—sitting, listening to people and solving their problems. I wanted to figure out why diseases happen”, she reflects.

Maithreyi devoted all her free time working on medical research projects with three outstanding professors—Prakash Shetty, Nandini Shetty and Anura Kurpad, at St. John’s. In late 1989, when the opportunity arose, they encouraged her to spend some time at the University of Cambridge, UK, while she was still enrolled as a medical student. It was at Cambridge that she truly got her first taste of fundamental research.

Maithreyi spent every subsequent summer doing research projects. In 1992, she went to National Centre for Biological Sciences (NCBS), Bengaluru, to working in the lab of K. VijayRaghavan, the current Principal Scientific Adviser to the Government of India. This is where she learnt about the genetics and biology of Drosophila melanogaster, the fruit fly, and why it’s used as a model organism. Through such knowledge and experience, she had earned several feathers for her hat—immunology, fly and mouse cell and developmental biology, and human physiology, all before starting a PhD.

For her PhD, in 1993, she joined the lab of Azim Surani at the University of Cambridge, whom she had met on her previous Cambridge trip. There, she studied the difference in the genetic material inherited from the mother and the father in mouse embryos. “When we studied human genetics in medical school, nobody ever told us that the genomes you inherit from each parent are functionally different. I thought that that was something very fundamental and it prompted me to do a PhD with Azim Surani”, she explains.

During her PhD, she created chimeric mouse embryos and studied their development. The chimeric mouse embryos contain two different kinds of cells: those that had the genomes of both parents, and those that had the genome of either the maternal or paternal parent. She found that the cells with the genome of only one parent were restricted in their ability to form tissues in the embryo, indicating that both genomes helped in forming different tissues.

“I was fascinated by how cells in the embryo know where they should go and how tissues are shaped the way they are”, says Maithreyi. Back then, these questions were difficult to answer in mice. Inspired by neighbouring labs that were already figuring out developmental mechanisms using the fruit fly, she also used the flies to address her questions.

Prompted by her interest in how cells get sculpted into tissues, Maithreyi joined Maria Leptin’s lab at the University of Cologne, Germany, as a postdoctoral fellow after her PhD. Here, she studied the genes required for tissue movements that take place during the early stages of embryo development in the fruit fly. She found that molecules called cadherins, that hold cells together, were important for the movement of tissues. She also studied a different class of molecules called integrins, that also perform adhesion functions, when she returned to Cambridge for a second postdoc.

By then, Maithreyi had decided to come back to India. “I had no doubt in my mind that there were many scientists in the country who were as good as, if not better than, the best ones abroad and had been able to make a mark on the international scene.” At that point, no one in the country was asking the kinds of questions she was, according to her. She was convinced that “it would be rewarding to be able to start a new line of work and thinking in India”. 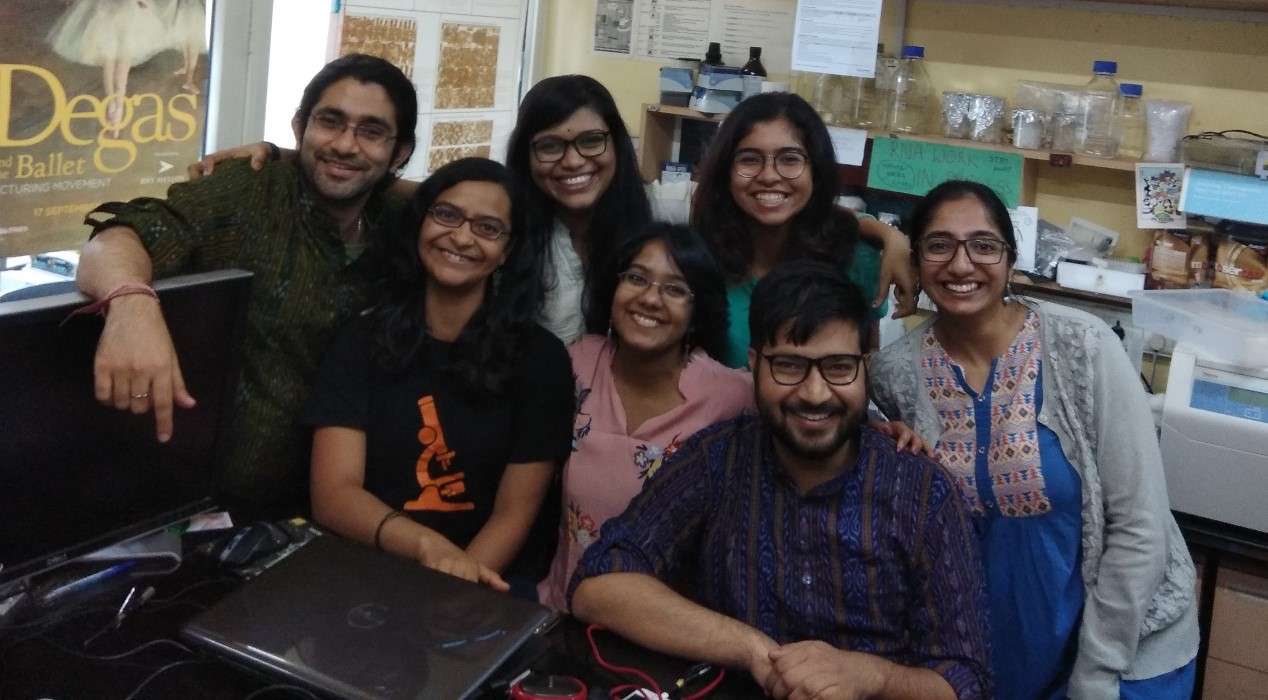 Maithreyi started her own lab at TIFR, Mumbai, in late 2006. ”When I was offered a job at TIFR, the then chairperson of the Department of Biological Sciences, Late Prof Veronica Rodrigues, told me that this was a place where I could ask questions of fundamental importance and take the time to find the right answers. This very much appealed to my scientific philosophy”, she says.

She was now interested in studying how cells arrange themselves into complex tissues. She turned her investigative eye towards the chemical and mechanical signals behind this complexity. One of the first questions she went after at TIFR was whether cells can be guided to form a pattern of choice by tweaking certain molecules or signals. She needed to genetically manipulate and view Drosophila flies using a confocal microscope—a microscope that can look inside of cells. But, here, she hit her first roadblock.

There was not a single functional confocal microscope at TIFR and the first one would only arrive two years later in 2008. Maithreyi traveled from Mumbai to NCBS in Bengaluru on weekends to use their microscope.

Today, Maithreyi still enjoys working here. Much like her interest in how literary verses are built, Maithreyi’s lab is currently working on how tissues are built from cells. Her lab is interested in understanding the role of chemical and mechanical signals that are generated during cell-to-cell interactions in the patterning of a tissue. Experiments performed by nine researchers working in her lab are focussed on observing signals transduced to allow cells to change shape or move. In the future, her lab will work with embryonic stem cells to study if cells can be forced to form a pattern of interest by merely fiddling with these signals.

She acknowledges that many people do not have the same privileges she enjoys. The obstacles they face—and this is especially true for young women—tend to revolve around marriage and starting a family. “I do see that a lot of my younger female colleagues, students and postdocs, in particular, face issues, not so much from the scientific establishment as from their families. Raising a family and having a successful career in science are not mutually exclusive by any means and must be encouraged. This requires support from both the family and the scientific establishment”, she says.