One of the labhoppers is back after spending three amazing weeks mingling with some amazing science women from all around the world in a unique exchange programme in the USA. 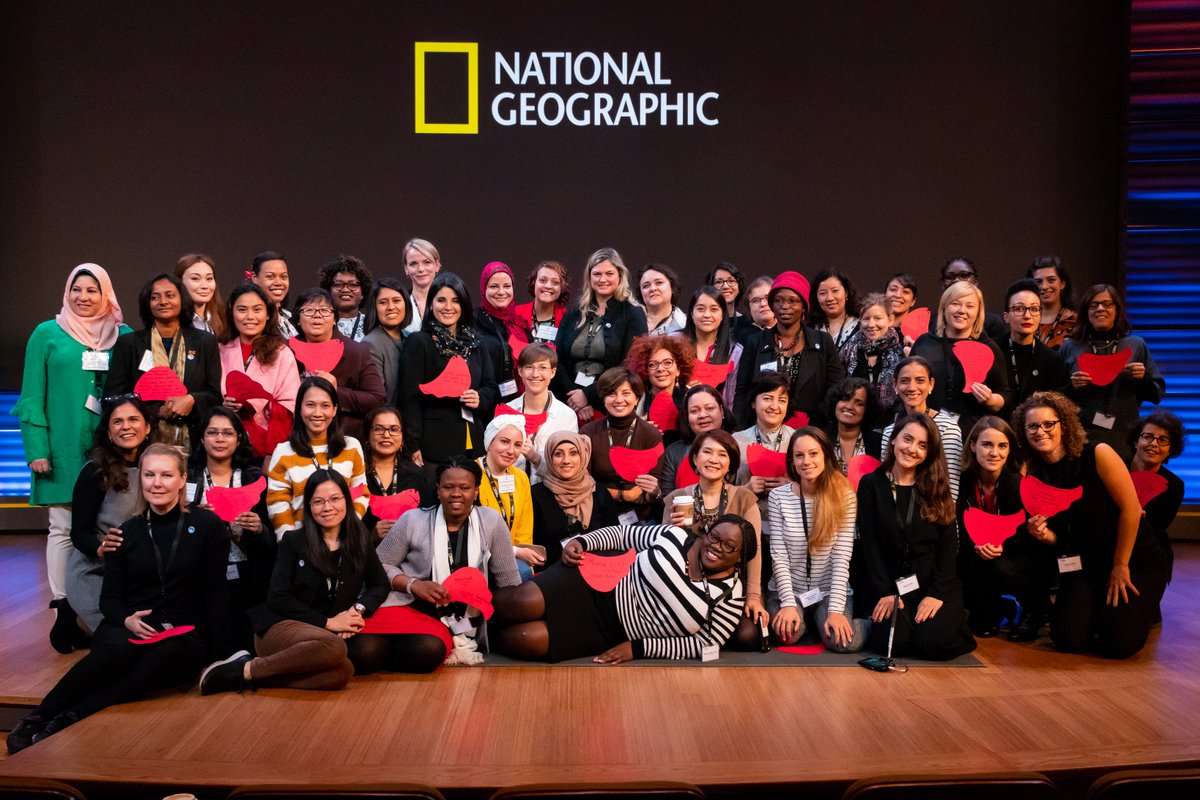 This November, 50 women who work in Science, Technology, Engineering, Arts and Mathematics (S.T.E.A.M.) from 50 countries and territories around the world converged in the United States of America for a one-of-a-kind exchange programme called ‘Hidden No More’. Though it is just one of the many US Department of State’s International Visitor Leadership Programmes (IVLP), Hidden No More is the first IVLP to be inspired from a Hollywood movie – ‘Hidden Figures’ (2016), an adaptation of Margot Lee Shetterly’s book about three African-American mathematicians at National Aeronautics and Space Administration (NASA). Following the movie’s success, US Embassies and Consulates around the world conducted free local screenings in their cities, an idea that was so successful that it sparked off the Hidden No More programme. 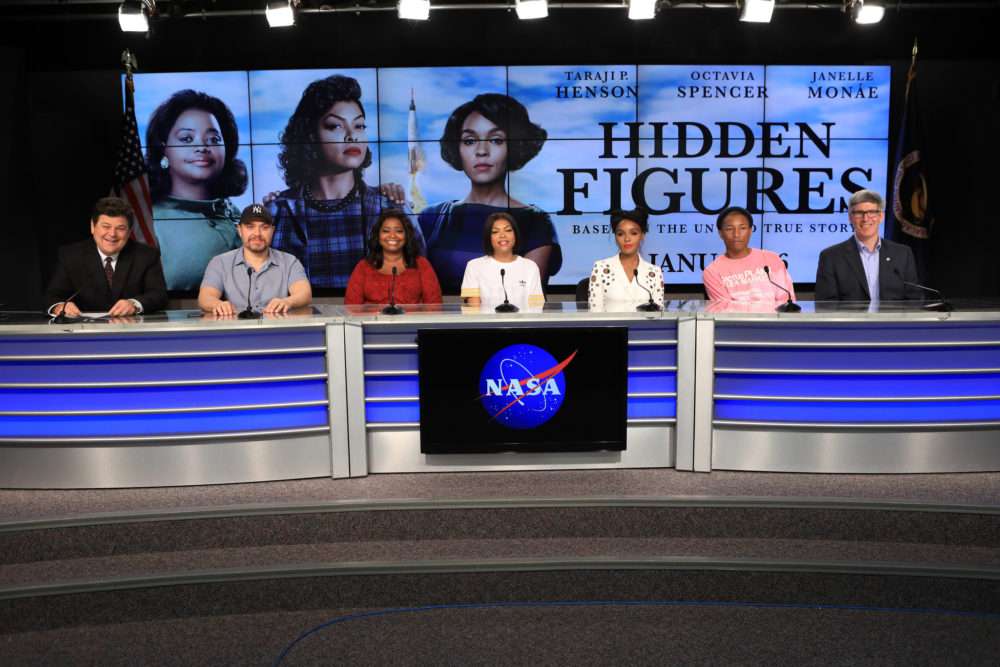 The cast of ‘Hidden Figures’ during a press event at Kennedy Space Center in Florida. Credit: Flickr/NASA Kennedy

It began last year with 48 women in S.T.E.A.M. who “represent ‘hidden talent’ in their home countries” being invited to the United States to explore, examine and compare the efforts the US is undertaking to even the gender gap. Jess Wade, a physicist who represented the United Kingdom in 2017, announced at the programme that she was challenging herself to write one Wikipedia entry a day for a woman or any underrepresented individual scientist in 2018. Wade had already crossed the 270 entries just by July this year. Needless to say, Wikipedia entries highlighting women’s contributions are scarce in India as well. There have been periodic attempts to correct this imbalance by non-governmental organisations such as India Bioscience, Breakthrough India, Centre for Internet and Society and Feminism in India to organise Wikipedia edit-a-thons.

I was part of the Hidden No More programme this year, representing India and TheLifeofScience.com, a feminist science media platform dedicated to highlighting Indian women in science. The programme kicked off on October 27 in Washington DC, went on to cover eight other cities and ended in Los Angeles three weeks later. 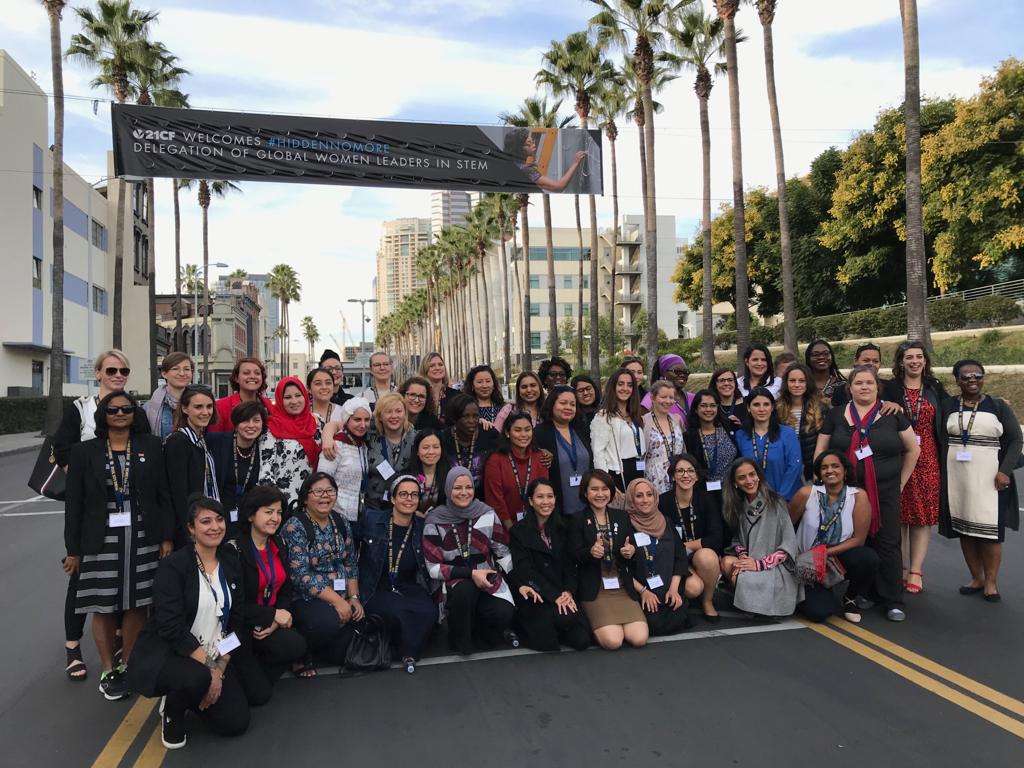 The gender gap in science, technology, engineering, arts and mathematics is a universal problem, but the stories behind the numbers are different in each region. The USA is three times larger, many times richer and home to just a fourth of our population. Naturally, this means that their practices cannot be copy-pasted into our scenario. But even if India was richer in resources, strategies to bridging the gender gap will need to be re-imagined to be effective. For example, many of the programmes carried out by US and Europe are targeted at young  girls, a demographic which faces a lot of stereotyping that turns them against STEM subjects. In India, and as I found out other middle-east and south and southeast Asian countries, this is not as high a priority. Since job availability is top-most priority for families in developing countries, the stress on children (who receive education) to do well in maths and science is typically non-gendered. There is a need for more imaginative science education in India, but this is equally so for all genders.

A strong example of imaginative science education at the school level is the STEM Early College at N.C. A&T, a public high school in Greensboro, North Carolina. The school’s deep commitment to preparing its students for S.T.E.M. futures was apparent in our conversations with the school principal and some of the teachers and female students there. “We are here because we want to learn. I don’t feel like a statistic here,” said one earnest tenth-grader, while her senior talked about her research on sexual objectification of women in art. One of the staff members is appointed in charge of college pathways, a role dubbed as ‘opportunities facilitator’ since she helps students decide their focus areas and makes sure each of them think about how they can use their pathway to fix world problems. It was a poignant scene: a room of empowered high schoolers referring to themselves as ‘women’ as they spoke of their dreams in science. 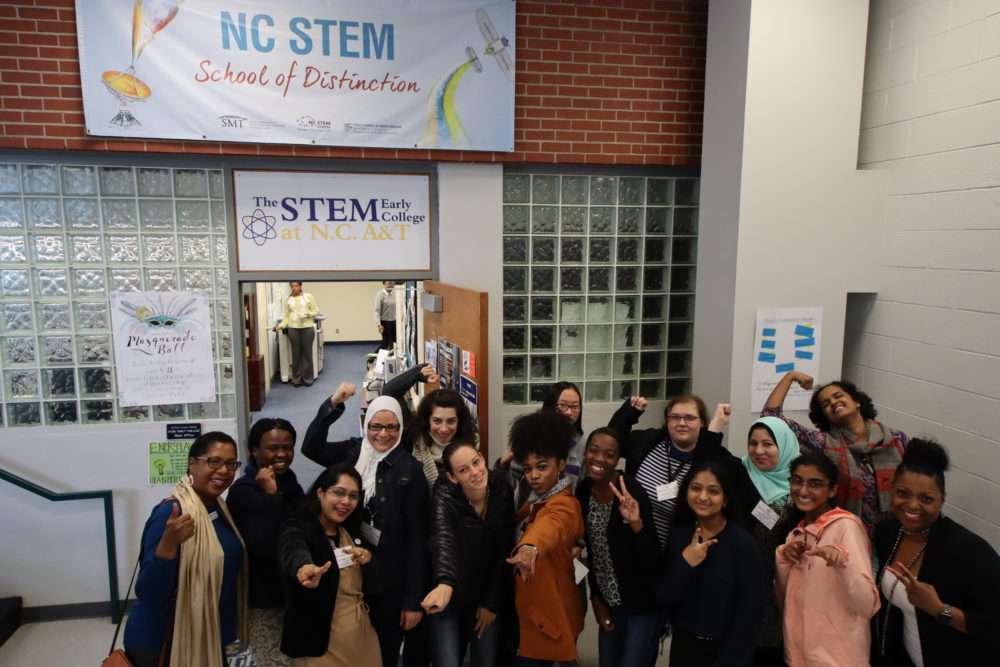 When science education is able to inspire and take on a more equitable avatar, there will be more diversity among the scientific workforce and more role models to choose from. One such role model is Hannah Valantine, a professor in cardiology who is the first Chief Diversity Officer at the US’s medical research agency National Institutes of Health (NIH). NIH’s Scientific Workforce Diversity office, which she heads, is committed to “diversify the national scientific workforce and expand recruitment and retention”.

But change in the workplace is not the result of strong figures at the top alone. It is also driven by vocal demands and battles for inclusivity fought by employees at every level. During a group discussion one of the NIH scientists commented that much of their change began with a few “dissatisfied” women. NASA had its own dissatisfied woman in electrical engineer Florence Tan who found out that there were no lactation rooms for her to nurse her child. Realising the impact of this oversight, she led the effort to install the first lactation rooms in NASA. Closer to home too, the demand for better work environments for mothers of young children is getting louder. Mayurika Lahiri, biologist at IISER Pune, started the institute’s first daycare center after a similar situation to Tan’s, and sparked off a trend among a number of scientific research centers around the country. There is still some way to go and the majority of scientific and educational centers in the country continue to function with no childcare facilities for its employees. 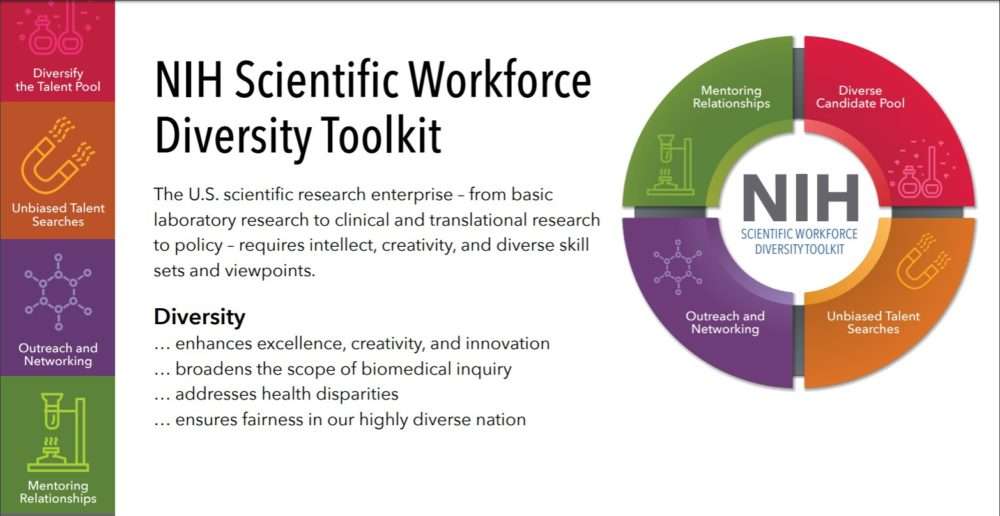 In 1980, Fermilab, the US’s particle physics laboratory near Chicago, became the first national laboratory to establish an on-site day care center. Despite an increase over the years, the gender ratio among the STEM workforce yet to reach parity – their neutrino experiments, for example, are run by 15-25% women. India has close ties with the world of neutrino science – atmospheric neutrinos were first detected in the Kolar Gold Fields, and an India-based Neutrino Observatory (INO) has been in the works since 2001.

As INO is made to jump over one political hurdles after another, Fermilab continues to exemplify the good things that can come out of having such a big science experiment in one’s backyard. Almost all of the work it does happens underground, so the thousands of acres of prairie land above it has been designated a National Environmental Research Park. There are tours and frequent educational programmes hosted at the premises and underground. While the India-based Neutrino Observatory (INO) will be nowhere as large as Fermilab, the scientists spearheading this effort have continuously emphasised that they intend to make outreach to local schools and colleges a priority once operations start.

Underneath, in one of Fermilab’s neutrino experiments. Credit: Anna Fucikova

The most valuable part of such an international programme is the exchanges it facilitates among the participants recognised as potential future leaders. Several attendees are also resolving to undertake personal & collaborative projects to further the cause of gender parity. Cultural learnings from such exchanges among nations can offer a window into our own country’s past and future, providing perspective and inspiration to ensure that diverse scientific and artistic talent remains ‘hidden no more’.

A version of this article first appeared on ThePrint.in. You can see it here.