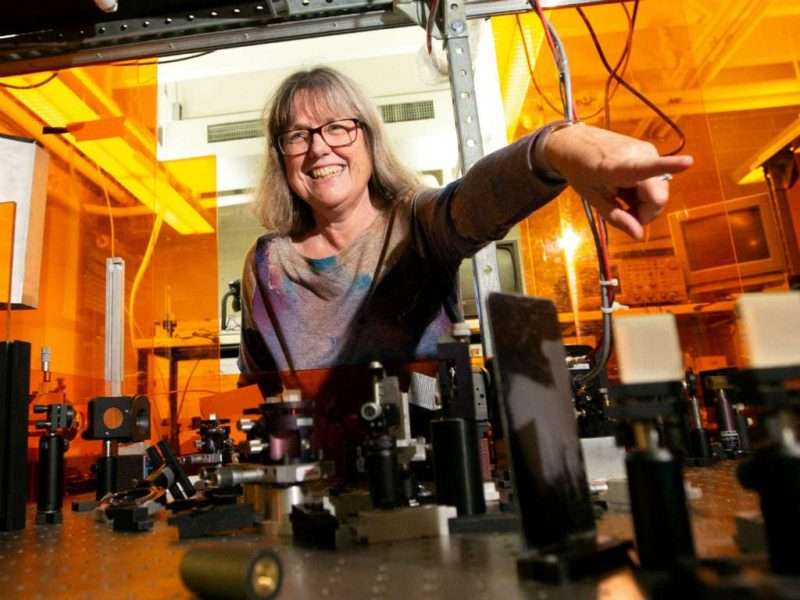 Two of the nine scientists who won a Nobel Prize this week are women. While the winners are being rightly celebrated for their breakthrough in science, the mood among the socially-conscious members of the science community is palpably sober.

Unfortunately, the Nobel Prizes have become a yearly reminder of a historically pathetic track record in diversity, whether gender, racial or otherwise. Frances H Arnold and Donna Strickland are only the 18th and 19th women in history to receive a Nobel Prize in Physics, Chemistry or Medicine. That is a measly 3.2 percent of the total 607 prizes that have been awarded in these categories since 1901.

Out of all the winners this year, it is Strickland who has caught the world’s fancy. An optical physicist from the University of Waterloo in Canada, Donna Strickland is the first woman to win a Physics prize in 55 years; also, as it is being jokingly pointed out, she is the first ‘non-Maria’ to do so (the previous winners were Marie Curie and Maria Goeppert Mayer). The work was done in the 1980s for her doctoral thesis.

Strickland’s work towards producing ‘the shortest and most intense laser pulses ever created’ revolutionised laser physics around the world, but shockingly, she did not have a Wikipedia page to her name until the prizes were announced on Tuesday. It later emerged that a previous attempt to add a page about her on Wikipedia was rejected by editors because the article did not establish that she was sufficiently notable.

Furthering the underdog aura around her is the fact that she is still only an Associate Professor at her university, an observation that caused much uproar on social media. How is it that a scientist of her calibre has still not been promoted to full professorship? When Strickland was asked this herself, she answered with a curt, “I never applied”. Nevertheless, there are many unanswered questions here that should continue to be probed.

Things aren’t any better in India

In India, things aren’t looking any better. In fact, we may even be a few steps behind. We have our very own yearly embarrassment in the Shanti Swarup Bhatnagar Prizes, which have gone to only 17 women out of almost 550 awardees since 1958. There are no statistics on the caste of winners, and this is almost never discussed. The Bhatnagar Prizes are the highest honour for an Indian scientist by the government. This year Aditi Sen De from Harish Chandra Research Institute was the sole woman among the 13 winners, the first in three years, and the first ever to win in the Physical Sciences category.

But the Council of Scientific and Industrial Research (CSIR), which gives these awards, has not sufficiently acknowledged the gender gap, let alone expressed any intent to correct it. They seem to be happily ignorant of historical biases, continuing to operate under an archaic idea of ‘merit,’ that many others have discarded.

The Infosys Science Prize famously went to three women out of six winners last year. However, on being asked about their commitment to the cause of gender equality, the jury chairs—all male— brushed it off with a vague-sounding, “Prize winners are chosen based on the applications received and merits.”

As noted by a reporter covering this event for TheWire, “There was no mention of purposefully standing up for the equality of genders and acknowledging that the gender gap is bad for us all.” Moreover, both the women scientists who won an Infosys award last year were previous Bhatnagar winners, so unless the jury makes an extra effort to look outside this minuscule pool of well-known achievers, it’s unlikely that equal representation will continue. Anyway, we won’t have to wait for long. The 2018 winners of the Infosys Science Prize will be announced in November.

Recently, the Nobel Prize Academy was finally forced to face some of its own ugly systemic realities. The 2018 Literature Prize was called off after sexual assault cases involving Jean-Claude Arnault, a leading cultural figure closely associated with it, came to light. Perhaps spurred on by this miserable state of affairs, the Nobel committee seems to be keen to make amends.

Nature News reported last week that the committee will for the first time “explicitly call on nominators to consider diversity in gender, geography and topic for the 2019 prizes”. The report quotes secretary-general of the Royal Swedish Academy of Sciences Göran Hansson as acknowledging the need for action, “We don’t work in a vacuum. We need the scientific community to see the women scientists, and to nominate those who have made outstanding contributions.”

Award committees in India need to wake up and stop making the same mistakes that the Nobel Prizes made. Excuses along the lines of ‘we are gender blind’ or ‘we only look at merit’ are old-fashioned, no longer relevant and only push us back.

This piece was originally published on Firstpost.

“Merit is old fashioned”.. we are indeed doomed