Mission Director Dr. V.R. Lalithambika doesn’t make much of the fanfare surrounding the mission to launch humans to space by 2022. I got the rare chance to sit down with her, accompanied by ISRO's head of public relations. 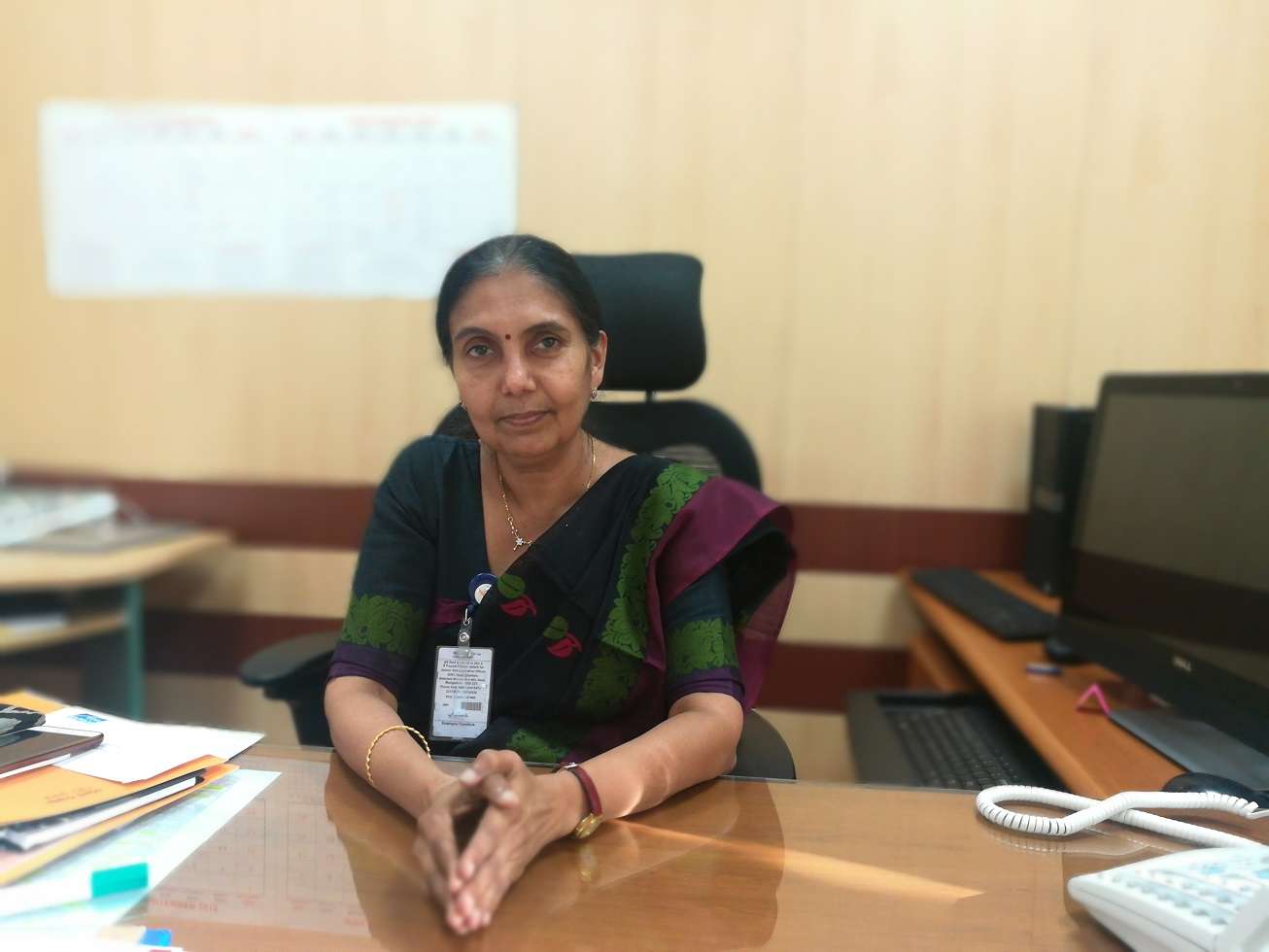 When 26-year-old engineer Lalithambika joined Vikram Sarabhai Space Center (VSSC) in 1988, she found herself in the thick of the action. Those were heady times for control engineers as India’s space agency ISRO, of which VSSC is a part of, had just begun developing indigenous launch vehicles. It was to be a difficult few years. Just a few months before Lalithambika joined, the first ASLV launch had failed. Three months into her job, she witnessed another unsuccessful attempt. The mistake was in the software that was part of the control system, the area that she would be working in.

“I started out in this very challenging area. Everything was new, so there was no literature to refer, nor people willing to give us information,” Lalithambika recalled, in an interview at the ISRO headquarters in Bengaluru. “Newspapers were saying that we are throwing money down the drain… the morale could have been very low at the time.” However, there was no room for dampened spirits and young Lalithambika bounced back. “We had to learn from our mistakes. That is the culture at ISRO.”

The next big test was to come on September 20, 1993. The Polar Satellite Launch Vehicle (PSLV) was being prepared for its first launch, and for Lalithambika and fellow control engineers, this meant long hours at work. As a mother of an infant, navigating this was doubly hard for her. To everyone’s disappointment, that launch was a failure. Strike three.

The second attempt to launch the PSLV was scheduled for the following year, leaving less than 13 months for the engineers to get their act together. The intensity of that one year is something the now 56-year-old Director of ISRO’s newly announced Human Spaceflight Programme can never forget. “You cannot imagine the kind of work we put in to make sure that nothing was left unaddressed.”

Lalithambika’s eyes lit up as she recollected launch day on October 15, 1994, at Sriharikota. “We were very young then,” she laughed, “We could sit at the console watching all the parameters and see what is actually happening! It is a very thrilling experience to get such a complex system right.”

And get it right they did. The 1994 PSLV mission was a success, and so were its next 39 launches, leading it to being dubbed ‘the workhorse’ of ISRO. Otherwise fiercely modest, this is one achievement that Lalithambika admits to being proud of. “I was involved in the PSLV right from the beginning, especially the autopilot system.” She stressed that this success had a lot to do with the learnings from the previous three failures.

After all these years, Lalithambika insists that the thrill that accompanies launch day remains the same. “Nothing has changed,” she affirmed, pointing at the young engineers in the room, engrossed in their work screens. “We are doing this interview here but they are not bothered. They have been given something to do. Their single minded focus is a feature of ISRO.”

HSP is just another job

Lalithambika seems unaffected by the public attention subsequent to her appointment as the project leader of ISRO’s Human Spaceflight Programme. The announcement came on August 15th by ISRO Chairman K. Sivan, hours after Prime Minister Narendra Modi made the surprise declaration in his Independence Day speech that India would be sending astronauts to space by 2022.

“I understand that there is a very strong national element involved in it, so there is lot of interest. But public excitement doesn’t affect us. Like any other ISRO programme this will be accomplished by all of us. It’s still very, very early days so I cannot say too much. We are still at the stage of evolving the policy for this programme.”

Lalithambika was born in Thiruvananthapuram, Kerala, the city where she spent her whole life, until her transfer to headquarters three months ago. Growing up, engineers were all around her – her father, her uncle (and later, her husband), but her scientific curiosity most likely stemmed from her mathematician-grandfather’s influence. “Along with him, I used to watch the [sounding] rockets that were launched at Thumba every Wednesday from the front of my house,” she reminisced.

After acquiring a degree in electrical engineering, Lalithambika was happy to see that she scored very well in the GATE exam. “I could have gone to IIT Madras…” she mentioned. However, things would turn out differently. Her parents and her elderly grandmother were anxious to marry her off -“I was an only child, you see. They fixed my marriage immediately after my engineering course.”

These circumstances prompted her to enroll at the same college for an MTech degree. “My daughter was born during this time. I took just 41 days off, but this was in the middle of the course so I depended on my close friend who took carbon copies of all her notes. She would then come over for combined study sessions. I still remember her in gratitude.” Before she joined ISRO in 1988, Lalithambika worked in two colleges in Kerala. She did her PhD while she was working at ISRO.

Lalithambika is matter-of-fact about the reality that it is difficult to do justice to work as well as family obligations without a very strong support system. “When a launch is about to happen, we will have to stretch ourselves to keep to the timeframe. There will be personal sacrifices, but that will be done with pleasure.”

In terms of how men and women are treated, she fervently believes that ISRO is leaps ahead. She pointed out that the safety and security of women is paramount in the institution. Any late night conveyance is taken care of, she said, “and the Internal Complaints Committee is taken very seriously.”

When a launch is about to happen, we will have to stretch ourselves to keep to the timeframe. There will be personal sacrifices, but that will be done with pleasure.

Despite her laudable achievements, Lalithambika is very reluctant to term herself as ‘successful’. “Everyone here is successful, not just me. I have been very lucky to work in an organisation with a culture that I relate to, which nurtures and encourages growth of the people inside. No one at ISRO even thinks about gender – I can say this for sure. This is very liberating.”

A version of this report first appeared on ThePrint.in.