A researcher from Gurgaon is documenting living knowledge about traditional foods.

WHAT? Nutritionist, specialising in public health and nutrition

Eating gajar halwa (carrot pudding) in winter or drinking shikanji (lemonade) in summer is the popular seasonal rhythm of people in North India. Eating like this is less a ‘diet’, and much more a delicious way of practicing culinary traditions that are a part of our culture. Time-tested traditional foods and diets are not explicitly taught but carry forward a dietary wisdom that consider local ingredients and seasonal conditions.

Suparna Ghosh-Jerath, is a nutritionist who studies nutrition of indigenous foods. Based on her research she makes recommendations to the public health policies of India for reviving local food systems. “Nutrition science examines the relationship between food and our health. But diet and nutrition are simply one aspect of understanding many issues surrounding the notion of food,” she said. During my conversation with Suparna, I realised how food is a powerful lens through which we can understand many important issues concerning health, culture and the environment.

Suparna’s interest in traditional diets began with her project with Sahariya tribal groups in Madhya Pradesh. This project, supported by the World Food Programme, aimed at fortifying atta (flour) with iron to prevent nutrition deficiencies such as anaemia in this tribal group spread across the states of Rajasthan and Madhya Pradesh.

While investigating the people’s dietary practices, Suparna and her team discovered that their traditional knowledge about healthy, locally available food was a treasure trove in disuse. The indigenous diets and with it, the time-tested nutritional system was being forgotten. Instead, the tribe relied vastly on the food provided to them by the government fair price shops or the ration office. This did gave the community timely access to food, but did not guarantee adequate nutrition.

Suparna finds it ironic that the country’s food security programmes have prioritised access to food but are not sensitive to nutrition adequacy based disease prevention. She has her eye on some promising solutions to this problem. “There is a great scope of addressing nutritional deficiency in the tribal populations by utilising their own traditional knowledge about indigenous foods,” Suparna said.

In our rapidly changing world, environmental degradation, loss of local species, urbanisation and climate change are all challenges for food security of a nation. Employing Suparna’ suggested method of reviving traditional diets comes with a risk, due to the many challenges we face today. What are the costs and benefits of such an approach to food security? According to Suparna, answering this question requires a thorough evaluation of food systems in the context of the changing natural systems. While there have been documentation efforts of changing food systems like INFOODS, there is a lot more analysis yet to be done.

The traditional foods of the tribes that Suparna studied contain green leafy vegetables, fruits, roots and tubers, which are rich natural sources of nutrients especially micronutrients and phytochemicals. “In their traditional food culture, nutrients are present their natural assimilable forms.” Picturing complete loss of these local goodness in food is heartbreaking Suparna as a nutritionist. 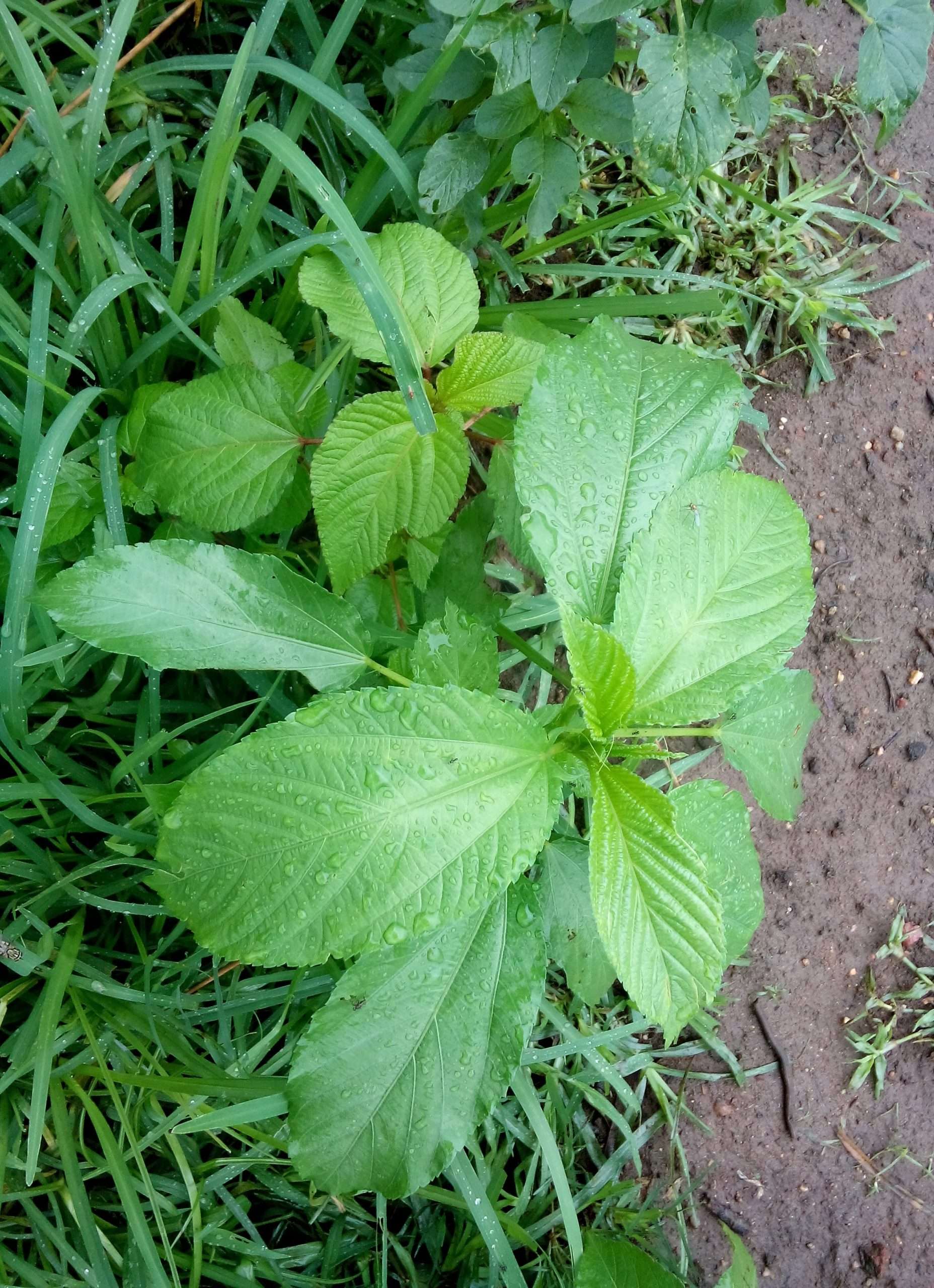 Every public health policy document discusses dietary diversification i.e. eating food from a diverse sources. At the same time, these are not translated into practical realities. Suparna believes that public health documents could achieve this by promoting local ingredients, reviving forgotten cuisines and encouraging kitchen gardens. “Crisp messages using nutrition education strategies to promote simple practical ways of consuming a diverse diet must be a part of food based interventions,” Suparna said.

How can we include traditional diets in the food security program of the nation? This question remained in Suparna’s mind when the World Food Programme project had ended. When the opportunity arose to apply for funding three years later, Suparna, along with her colleague Archna Singh wrote a proposal to explore the food environment of Jharkhand’s indigenous people. After receiving this funding and conducting the preliminary study, they wrote another scale up proposal on indigenous foods of tribal communities of Jharkhand with additional components of  developing evidence based recommendations on affordable diets for these communities incorporating indigenous foods.

Suparna interacting with a group

Suparna and colleagues travelled to Jharkhand to understand food based health of the tribes in the state. The research plan was two-fold: to carry out a nutritional analysis of the community’s food based traditions and then make cost-effective recommendations. The latter was particularly important from the point of view of making a contribution to public health policy.

In the preliminary study, apart from the scientific and public policy ramifications of this research, Suparna and her team provided their findings to the community. They also created a photographic guidebook of indigenous foods and their nutrition profile, such that the tribal communities would once again begin to value their traditional knowledge of foods and use them to improve their daily diet. The need for Krishi Vigyan Kendras (district level agricultural science centres) was also highlighted to provide recommendations for ‘nutrition-sensitive agriculture’.

From Clinical Nutrition to Public Health

Suparna’s research has taken her full circle. She started by looking at diet and disease and she now works on food systems – from agriculture to nutrient absorption.

Her journey as a nutritionist began as a clinical dietitian at a hospital after completing her Master’s degree in Delhi University (1996). She advised patients on their dietary needs following an illness, focusing more on the curative aspects of nutrition science. Her PhD and subsequent research focused on child health and nutrition, particularly with respect to preventive strategies for children with parental history of premature coronary artery disease. Her research stints in Australia has her coordinate a hospital-based clinical trial, while in Canada she worked on a population based study.

On returning to India in 2006, she turned towards public health “by coincidence”. She was lecturing on the topic as a substitute when an instructor went on leave in Lady Irwin College, Delhi University. At first, this seemed like a big shift away from her previous work, which was in the field of clinical nutrition. But soon she was hooked. She grew deeply interested in public health and consulted for institutions like the (former) Planning Commission in 2009. This project led to her current position at the Public Health Foundation of India (PHFI), where she divides her time between teaching, training and research.

Suparna’s trajectory from counselling patients in a hospital, to making public health recommendations and then studying the food environment of the Santhals and Oraons has given her a wide view of her field. Her experience with field work in Jharkhand, as Suparna puts it, was “real-life public health” as it was an opportunity to interact directly with people who face nutritional challenges. It also provided her a chance to use her training as a nutritionist to make a positive impact on a community’s health.

Field diaries of a woman researcher 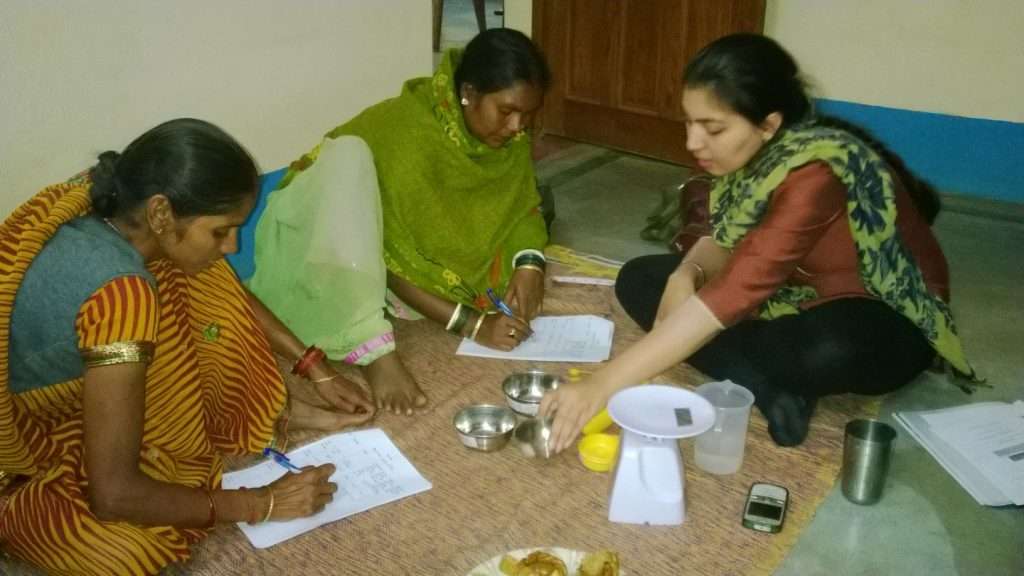 Fieldwork for the project

Field work was difficult at first. During the Sahariya study, they bore the blazing heat of Madhya Pradesh in May. And she was leaving behind something special.

“I had a little child who was five years old at home. But when God gives you challenges, He  gives you solutions to manage them as well. I have a cooperative family, so I could manage,” she said. Over the years, she has been blessed with a strong support system: her parents, husband and a very good day-care facility close to her home.

She stressed the importance of setting priorities at work and in one’s personal life for a healthy work-life balance. At the same time, she is proud that her son is an independent child.

When asked about gender-related barriers in research, Suparna spoke of creating a safe spaces and environment for women, particularly an enabling environment where women can move around without hindrance. She feels such spaces are crucial for fieldwork-based research in remote areas, but equally needed in Gurgaon, Haryana where she sometimes hesitates to stay back late at work.

“Societal norms have no place in stopping women from what is achievable in their life. In my experience, tribal women have less gender-related baggage than their city counterparts in some respects. When I asked the Santhalis in the study: ‘who eats first?’, they responded: ‘The one who is the most hungry!’.”

This is beautiful series, please keep posting about such stories, it will encouragement and inspiration to many other women reserchers…… this is what we require the most. I am fan of Aparna ma’am, she has done some really great work im field of tribal nutrition