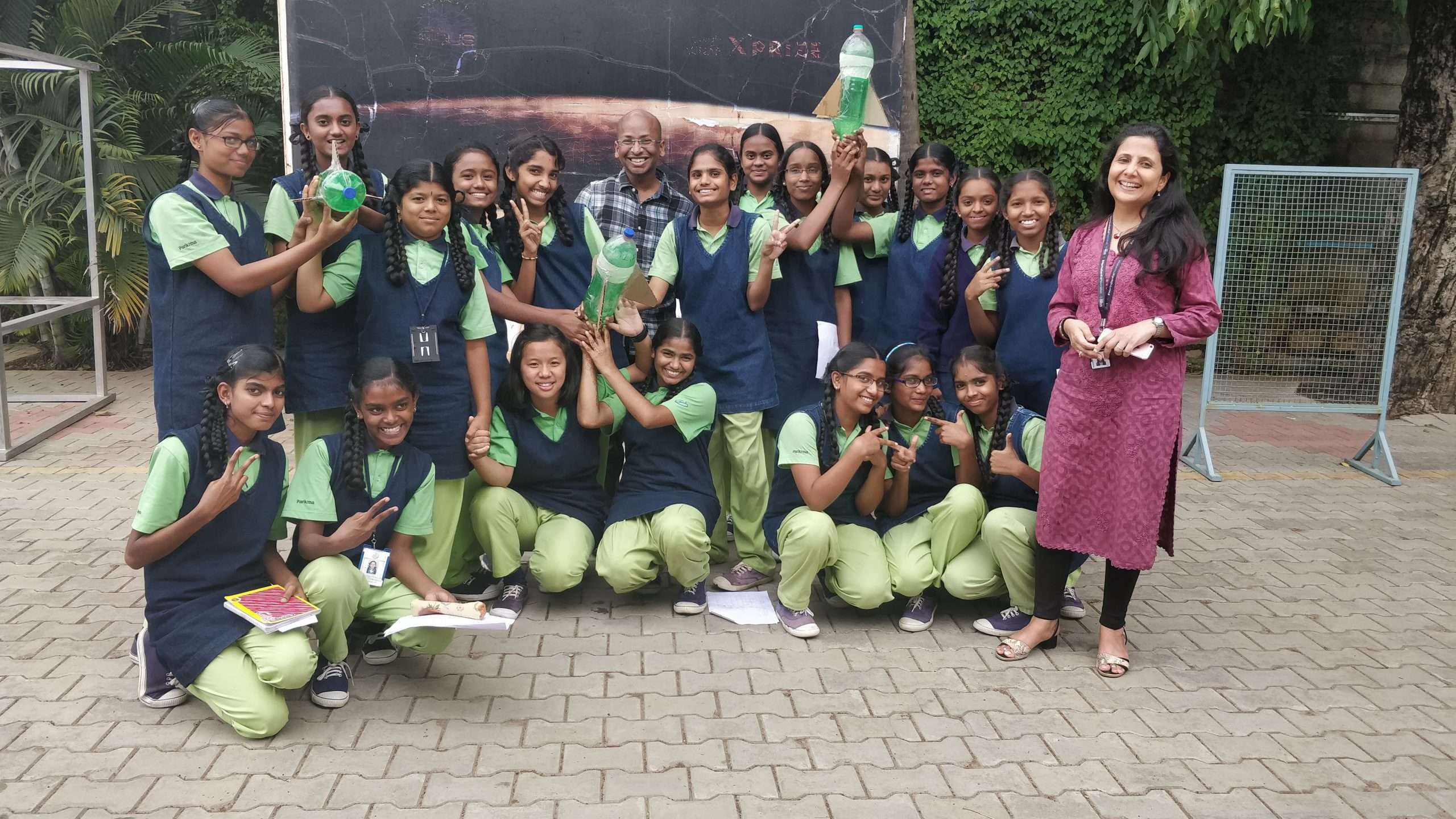 The vastness of space fascinates almost everyone as a child. In fact, a lot of kids dream of being an astronaut and flying spaceships. Why then do so few of them end up pursuing astronomy? Perhaps as we grow up, we perceive astronomy as something unattainable, something that a few white-bearded men do in obscure places.

There is a need to break this enigma around the hi-tech science by organizing dedicated outreach events. Earlier this year, the president of Astronomical Society of India (ASI), Prof. S K Pandey, had emphasised the need to boost astronomy education and outreach in the annual meeting of ASI. TeamIndus, private aerospace company, popular for being India’s only contestant in Google’s Lunar X Prize, is trying to break this barrier and expose interested kids to space through its outreach arm.

A latest survey by the International Astronomical Union (IAU) has shown that the ratio of female to male astronomy researchers in India is 9%. This is much lower than the dismal global average of 16%. Clearly, active measures are needed to set the gender imbalance right in astronomical sciences. One of the activities of TeamIndus, GirlsInSTEM, is a workshop tailored for IX and X standard girls, conducted in collaboration with the Parikrma Foundation School. The school has four branches and supports children from orphanages and slums in Bangalore.

The programme manager at the TeamIndus foundation, Nilu Mittal, explained that the idea for a ‘girls only’ event originated from the observation that participation in previous outreach events of Team Indus tended to be male-heavy. “We also observed subtle differences in behaviour between boys and girls in a mixed group event. Boys are more carefree to try out new things while girls are more sincere in following protocols,” added Bhagyashree Soni, one of the TeamIndus co-ordinators. She believes that these behavioural differences are due to differences in upbringing of girls and boys in our society. This was the second girls-only event organised by the team.

GirlsInSTEM was a two-day event held at the TeamIndus campus in Bangalore. It started with a visit to their facilities – where the key attractions were the spacecraft which won the Google Lunar X milestone prize for it’s landing technology in 2015, the moon rover equipped with sensors and cameras and the simulated moon surface used for testing the rover.

An engineer involved in designing the spacecraft explained to its enthralled audience that the spacecraft, made of aluminium, has a ‘honeycomb structure’ embedded between two sheets. The engineer pointed out that this simple change in geometry helps in reducing its weight at the same time making it extremely strong. The students were elated about being allowed to jump on the sheet to test its strength. They later got hands-on experience building their own honeycomb structure out of paper to see for themselves how a simple structure can increase the strength of a material.

Akshita, a 10th standard student from the Parikrama Foundation said, “I am so excited to see the spacecraft up close. I am waiting to share what I learnt with my friends and family after I go back.” 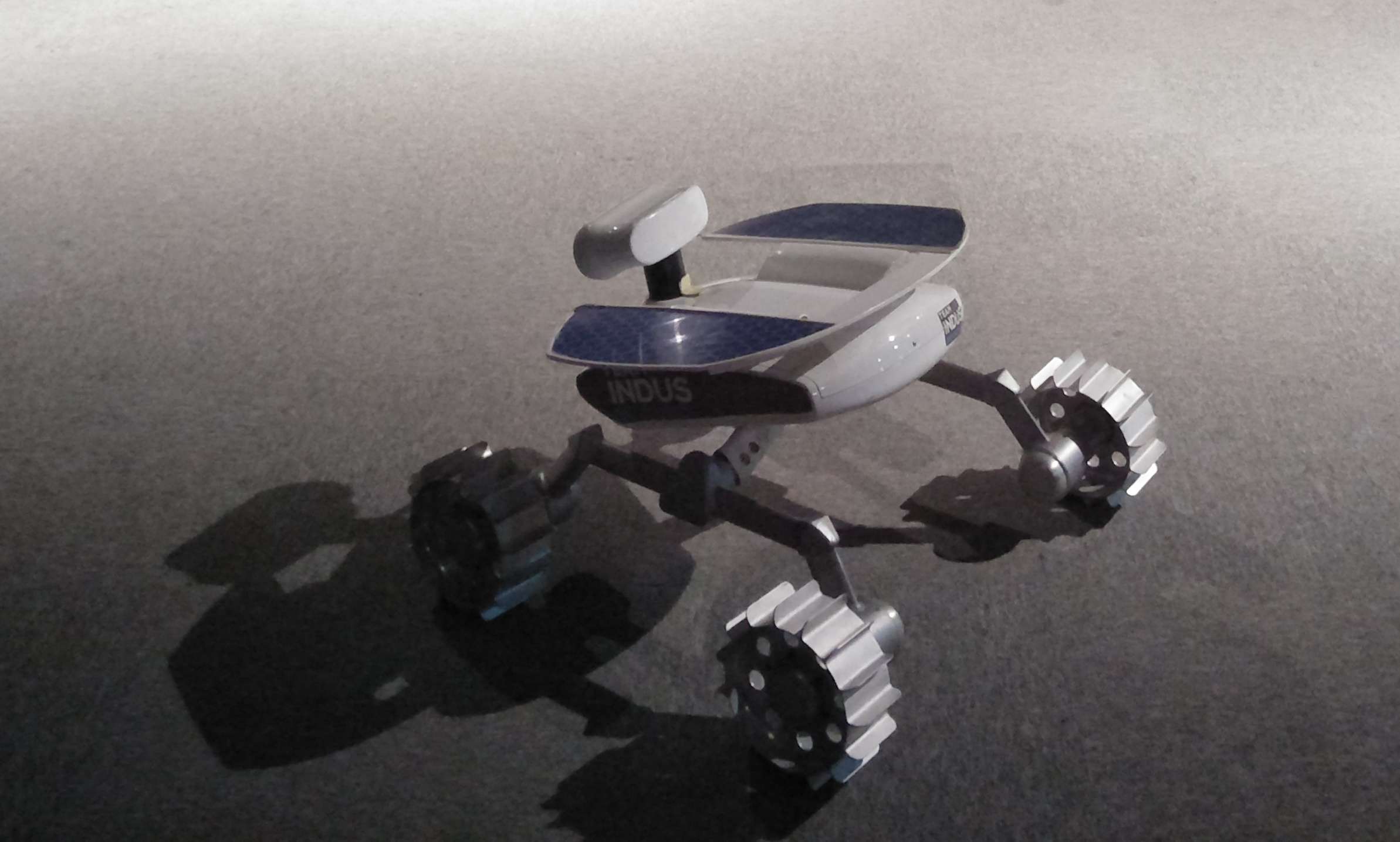 The visit to the facility was followed by classroom sessions about the concepts of orbits and calculations around it. Groups of girls raced against time to solve the problem given to them by a systems engineer at TeamIndus Nirmal Gadde before they left for the day. At one point, Nirmal tried to offer them a hint, only to be greeted by protests – “No, please! We want to solve it all by ourselves.”

Later, during an informal conversation with the participants, one student Prajakta shared what she enjoyed the most in the workshop. “Space is something that excites everyone, but I loved doing all the calculations behind it. We were trying to calculate the values to save Earth from the impact of an asteroid. It was very exciting!”

“I thought orbitals are circular. Now after the exercise we just did, I understand that they could be of different shapes!” exclaimed Hema, another one of the 20 participants of the two-day long workshop.

On the second day, the organisers designed hands-on experiments for the girls. The main attraction was water rocket station. Water rockets are model rockets where water is used as reaction mass. Rockets were built by the participants using simple materials like soft drink bottles and cardboards. The idea was to understand the basic concepts of aerodynamics.

Participants enjoying making the ‘honeycomb’ structures out of paper

Since more such events are in the pipeline, TeamIndus is learning and incorporating changes as they move forward. Detailed feedback is taken from the participants after each workshop. Nilu said, “The post assessments are very useful. For example, in the first session, we shared a lot about the moon mission, but our assessment showed that they couldn’t absorb so much. Also, concepts like centre of gravity are difficult to explain theoretically compared to when demonstrated. We have thus planned shorter and more engaging sessions with lots of hand-on activities.” The foundation organises outreach events targeted at varied age groups, from school kids to engineers. The programme design is tweaked  accordingly to maximize the learning process.

The team with their water rockets

Though the Google Lunar X competition ended with no winners, TeamIndus has no intentions to abandon their mission. Their spacecraft with its rover is scheduled to fly in 2019. Until then, the team is busy building and optimising their model. Side-by-side, they have committed to the task of spreading the excitement and passion of doing science amongst the youngsters through their outreach events.

Efforts of TeamIndus needs to b lauded and they should continue their program for encouraging youngsters…. Article has been very well written with required focus on female astronomy researchers…..