Tune into this The Life of Science podcast as Sreelaja Nair talks about her experiences and research. 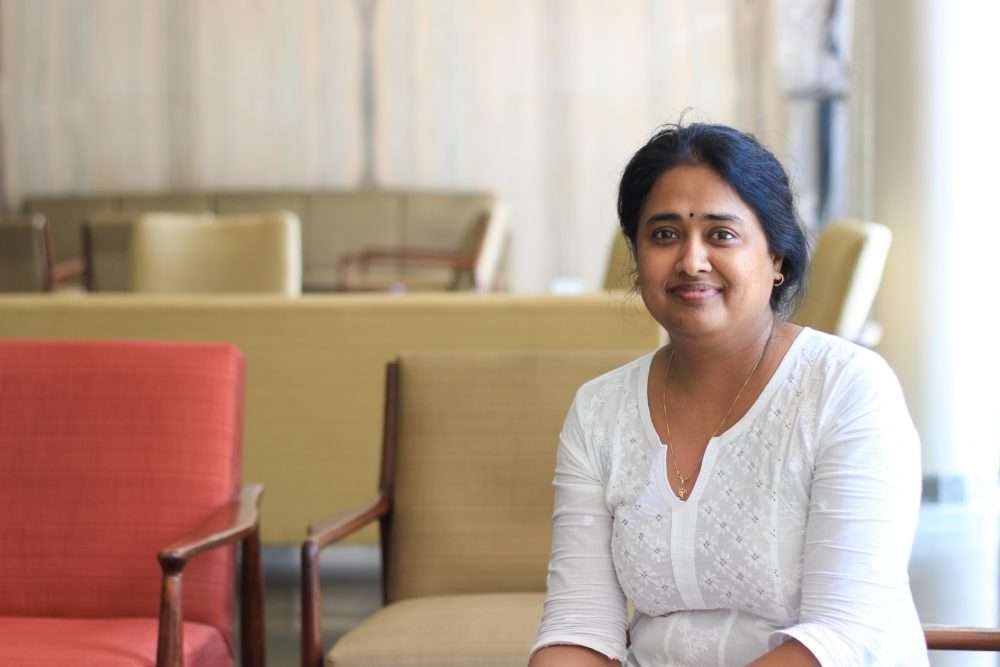 The Life of Science · Podcast with Prof. Sreelaja Nair

You can also find the episode here.

Sreelaja Nair is an embryologist, working at the Tata Institute of Fundamental Research (TIFR) in Mumbai. She leads a team of scientists at TIFR who study how life begins from a single cell using zebra-fish as a model.  A newly fertilized cell undergoes a process of activation before it can make the building blocks of its own life. With her team, Sreelaja is trying to understand how material from the mother plays a part in this activation. She is passionate about engaging with the public about her interesting research.

After her PhD and postdoctoral training from UC-Irvine and University of Wisconsin-Madison respectively, Sreelaja moved to Mumbai in the July of 2012 to start her own lab at the prestigious TIFR. With painstaking efforts, she established her lab space from scratch by November of the same year. Over the span of two years, Sreelaja also started a fully functional ‘fish facility’ at the institute to rear zebra-fish, the model system critical to her research.

Mentoring is a crucial part of Sreelaja’s work. Sreelaja feels grateful to all her past mentors for the training she received. While mentoring her students she tries to pick the best practices she learned from all and offer it to her students. The lab has regular meetings and discussions on science and life. She ensures that her students annually attend 3-4 scientific conferences and especially give talks to the larger scientific community.

Her philosophy of approaching scientific research is “It’s not a career, it’s a lifestyle choice”.

In this thelifeofscience.com podcast, she talks to Shraddha Nayak about her life in science and her hope for the future of the Indian scientific scenario.