A clinical pharmacologist whose research on the treatment of blood-related diseases is saving many lives. 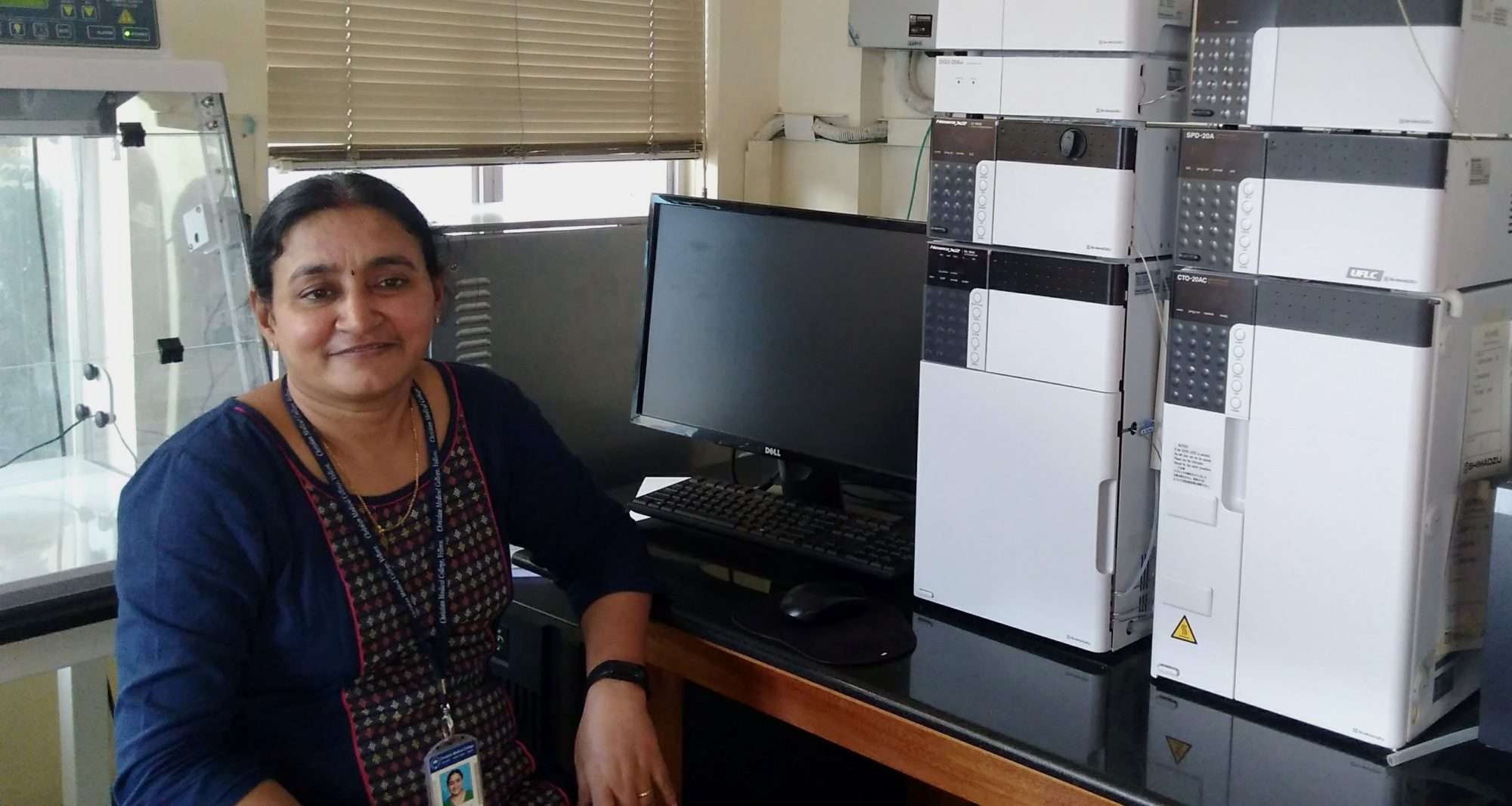 My morning train to Vellore from Bangalore was a race against time. Caught in a heavy untimely downpour, I ran like a mad woman towards to platform number six. With exactly a minute left on the giant railway clock, I had made it! This was only my first win of the day. I was on my way to interview Poonkuzhali Balasubramanian, a clinical pharmacologist whose research on the treatment of blood-related diseases is saving many lives.

At Christian Medical College (CMC), I saw crowds of patients and their families, housekeeping staff and medical professionals clad in their uniforms. It was disheartening to see so many people presumably ill; at the same time I felt hopeful seeing such a large number of people receiving health care at this institute that has been at the apex of medical research in India for many years. 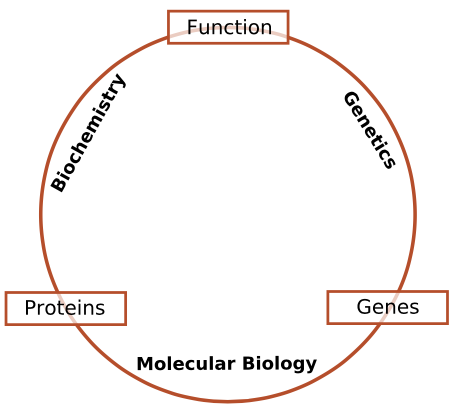 Diseases can be treated in a multitude of ways such as surgery, radiation and physiotherapy – but treatment with pharmaceutical drugs is almost always the first line. This is called pharmacotherapy. Whenever I pop a painkiller I wonder how this small bitter tablet knows which part of my body is aching and how to stop it. As a computer science student, I sometimes imagine my body to be huge data center with hundreds of crisscrossing nerves for cable lines. It’s a wonder how a tablet knows which nerve signal to block the pain in my tooth. Can we be sure it won’t block my other bodily abilities such as the sense of touch or smell?

Thankfully, there are specialised branches of science and a range of experts under the umbrella of pharmacology that can answer these questions. Poonkuzhali, being one of them, took me through the different terminologies.

The branch of pharmacology that determines the effect of a drug on an organism is pharmacodynamics. Conversely, the study of the fate of drugs themselves making their way through a living organism is pharmacokinetics. And then there is pharmacogenetics, which comes into play since each of us is genetically unique. The drugs that work on one patient may not be effective on the next.

“This is the case with almost all the medication we take. In fact, not just medication but any chemical we interact with in our daily lives – cosmetics, household items, industrial products – nothing is guaranteed safe. Sure, they are all probably approved by authorities after passing extensive tests, but none of these tests were performed on you, or even anyone like you. Most likely they were performed on animals and perhaps, following that, a small group of humans who shared neither your age group, nor your ethnicity, nor your family history, nor your gender, nor a thousand other things that make you different from everyone else. No wonder then, that we all react differently to many drugs.” said Prajakta Dandekar, a pharmaceutical biotechnologist at Institute of Chemical Technology, Mumbai, in an earlier interview.

PhD is just the beginning

Poonkuzhali had a pleasant presence throughout as she told me about her life and work. She joined CMC’s haematology department in 1994 as a Junior Research Fellow (JRF). During her time here, she, along with three other colleagues set up a high-tech lab- the one I was now being guided through.

Among the labs she got started in was the ‘molecular diagnosis of hematological diseases’ where she worked on setting up services for leukemias including acute promyelocytic leukemia (APL). Her clinical colleagues wanted to test arsenic therapy for APL using these services. She quipped, “Arsenic is actually a poison which, in low doses helps in curing a particular form of leukemia. My interest in leukemia started when I helped establish molecular testing (for the same)”.

For her doctoral research, Poonkuzhali studied the drugs Busulfan and Cyclophosphamide used in Hematopoietic Stem Cell Transplantation – the only successful cure for blood diseases like Acute myeloid leukemia (AML), Chronic myeloid leukemia (CML) and Thalassemia. By the end of her PhD in 1999, she was an expert at methods to measure Busulfan levels. She said: “The bottom line in cancer treatment and research is that whatever we do on the bench (in lab) should reach the bedside”.

Busulfan and Cyclophosphamide are important drugs used in the “conditioning” stage prior to Hematopoietic Stem Cell Transplantation (HSCT) when the patient’s body is readied to accept donor stem cells. A few years ago little was known about the dose required for an ideal response at this stage, as well as the genes responsible for therapy variation in individuals. “Even if people receive the same drugs, they react differently” and with this Poonkuzhali began her journey into research.

For her post-doctoral work, Poonkuzhali delved deeper into pharmacogenetics by investigating why some patients react better than others to these drugs. She found that a specific protein family in these patients with Beta Thalassemia Major was affecting the success of stem cells transplantation in patients. More recently, she found that when an enzyme called CytochromeP450 expressed itself along with a specific gene it led to an increased chance of liver injury on exposure to Busulfan drug.

HSCT offered today at CMC (to patients suffering from various hematological disorders) incorporates the advances that have been made as a result of her scientific work. “At CMC hospital, the idea is to work hand-in-hand with scientists”. Furthermore, Poonkuzhali’s discoveries have led to a better pharmacokinetic model for Busulfan and Cyclophosphamide usage to clinicians everywhere.

Where is the money?

Upon returning from her postdoctoral stint in the US, Poonkuzhali was slightly confused. She recalled: “I was wondering why I came back. The first year (of return) there was all this questioning why I was here when I had an opportunity to stay back”. But something unknown had brought her back. And there was work to do; first, she needed resources.

Deeper investigations required physical space for a lab, specialised hardware, technicians to operate the machines and staff to maintain the operations. More often than not, funds for such projects come from grants from premier government bodies such as Indian Council of Medical Research (ICMR), Council of Scientific & Industrial Research (CSIR) and University Grants Commission (UGC). Applying for grants is a real test of one’s patience and commitment to the research, Poonkuzhali said. “Writing for funding grants is a journey by itself.”

When one’s work is highly technical, it takes a certain amount of cognitive effort to condense years of research into high-level summaries. “Five minutes is the time given to present five years of research!” and she had to go through several rounds of convincing grant officials on how important her work is in context of haematology.

Currently, thanks to grants from Wellcome Trust and Department of Biotechnology (DBT) India, Poonkuzhali is able to investigate the effectiveness of the above-mentioned drugs based on clinical data from the labs at CMC. As proud as she is that she can carry on her research for next 5 years with financial support, she mused about the state of biosciences funding in India. “It is hard to run a lab with paid staff without the timely release of funding”. She received funds from ICMR for a project three years after its approval.

The CMC haematology department comprises both basic researchers like Poonkuzhali who have a biochemistry background but clinical pharmacology training, as well as clinicians like her former guide Mammen Chandy and Alok Srivastava who came into haematology post their formal medical degrees of MBBS and MD. Working with clinicians is crucial because without clinical data from real cases of treatment and relapse in blood-related diseases, scientists don’t have reliable data.

Research and application are two faces of the same coin and more so within the premises of a hospital. This setup, unique to CMC, closes the feedback loop with hospital data fuelling research. With hospital data being so readily accessible, researchers like Poonkuzhali don’t have to worry about procuring good data from elsewhere. Doctors performing HSCT for patients with haematological disorders now have an idea of the most effective dosage range of these drugs, without causing detrimental side effects such as liver damage. They can also get a better estimate of the quantity of these drugs that cause failure of the HSCT treatment. Detailed studies such as those being conducted by Poonkuzhali allow for better drug dosage management. Every improved prescription for blood disease patients is a credit to researchers like her.

I asked her naively, “Are you the person who decides which tests a patient must take?” she smiled and said, “Clinicians decide the test, we just make it available to them.”

On mentoring and the question of gender 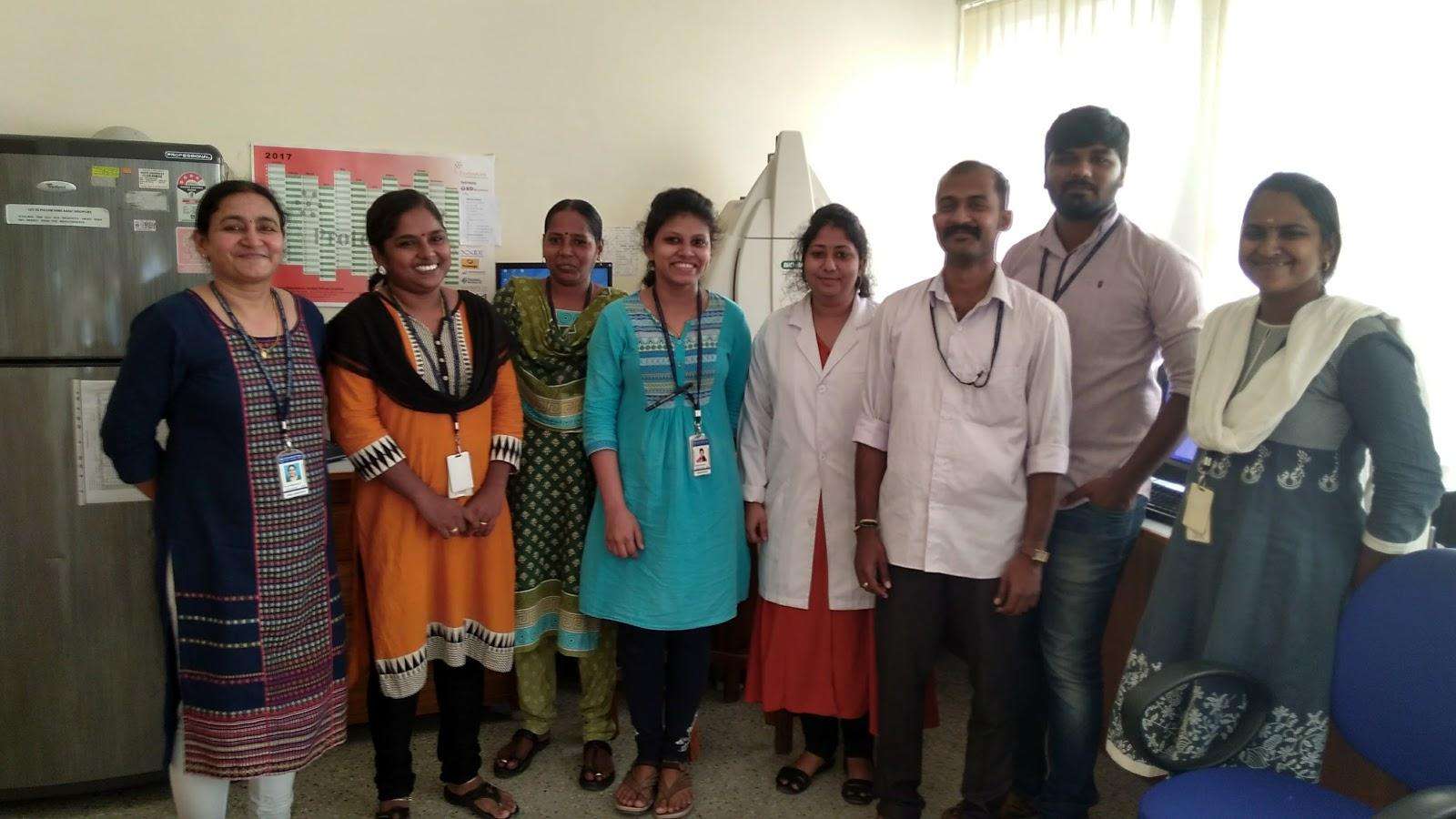 Dr. Poonkuzhali with her doctoral students and lab technicians

Poonkuzhali seemed amused when I asked her about gender representation in her field. “In fact, of the six PhD students, only two are boys and at some point, I only had girls!”. What disappoints her is that many of her postgraduate researchers drop out due to family obligations. She sadly recalled one of her students dropping out right before submitting her doctoral thesis.

Apart from mentoring doctoral students, Poonkuzhali coordinates the teaching programme offered by her department. She also shoulders administrative duties such as reviewing staff performance for recommending them for promotion or training.

As a researcher, one has to navigate vast amounts of data and literature, a skill she gets from her hobby of reading. She has always been a voracious reader, having a soft corner for Indian history. “During my 10th standard vacations, I read every book in my father’s library. I always wanted to know the ‘why’ of things around me, right from the start. My elder sister suggested I try biochemistry since I had good grades in biology.”

Balancing personal life and work hasn’t been easy for Poonkuzhali but she says she gets by with domestic help at home. When asked if she still finds time to pursue her hobbies, she replied, “My son is in tenth grade so all my time is taken up there.”