How would science go about answering why some of us find an urge to end our own lives? Madhumita Balaji, Clinical Psychologist has some answers. 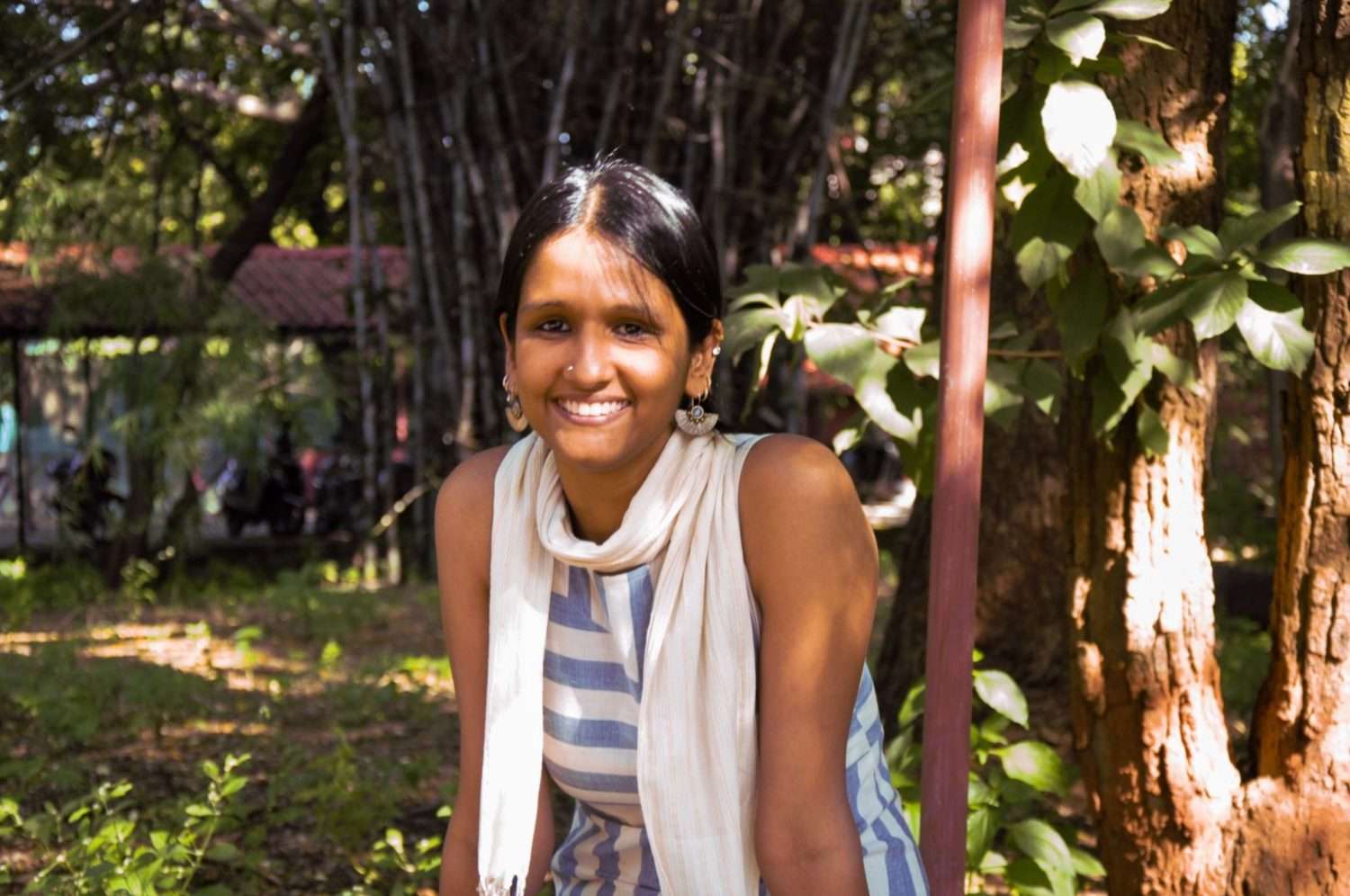 WHERE? Sangath, an NGO based in Goa and The Centre for Mental Health Law and Policy (CMHLP), Indian Law Society, Pune

According to the National Crime Records Bureau, about 130,000 people commit suicide in India every year. Family problems, marital and relationship problems, financial difficulties, drug and alcohol use, and failure in examinations have been identified as some of the causes. However, while it is easy to spot correlations between patterns, it is hard to say with certainty what the reasons are behind suicide, without conducting a scientific study.

It’s a sunny Monday morning in Pune, and the roads are buzzing with energy. Workers head back to their jobs while students loiter endlessly. The din fades as you enter the green cover surrounding the Indian Law Society, where Madhumitha Balaji and her research team are based.

At the cafeteria, Madhumitha sits down to talk about her work in mental health research. She’s just been awarded a five-year research fellowship to understand the reasons behind youth suicide attempts in India (individuals between 15-29 years of age). Suicides in this group constitute over 50 percent of suicides in India.

As a clinical psychologist, Madhumitha exudes an enthusiasm that illuminates the dark recesses of her subject of study. “Before we try and treat a problem, we need to understand all the reasons behind it,” she says. She lights up as she pulls out a paper authored by one of her longstanding mentors Vikram Patel. It contains what she describes as some of the most shocking statistics in India related to suicides. 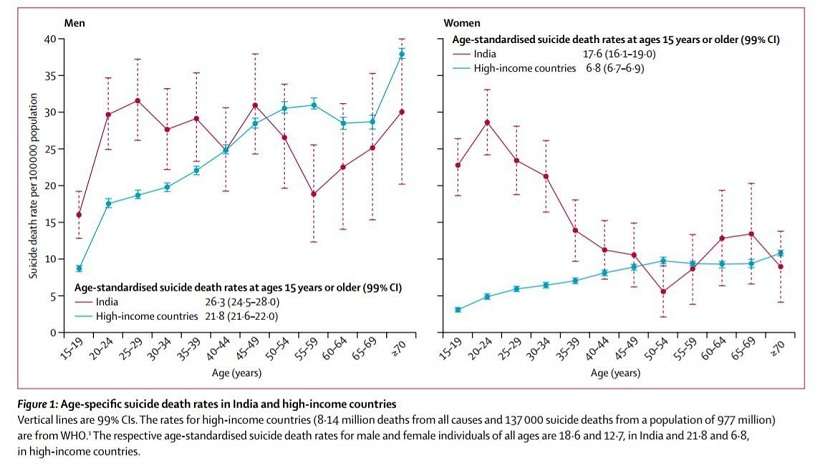 “Now if you look at women,” says Madhumitha, “and this is where it gets really distressing — the (average per 100,000) number is lower than it is for men — at 17.6. But this average is 2.5 times more than women from high-income countries, and you’ll see that it peaks at a younger age. These numbers do not include those who attempt suicide; for every suicide that happens, there are at least 10 people who attempt suicide but do not die. Why this happens is something I really need to understand!”

A woman in India between the ages of 15-29 years is three to six times more likely to die by suicide than a woman in the West. “Many women in India face problems like sexual abuse, domestic violence, gender discrimination and lack freedom in decision making. These are risk factors for poor (mental and physical) health outcomes, and I suspect that some of these could be related to the high suicide rates and attempts among young women in India,” she says.

Outside the centre. All images by Karthik V

She was always interested in how people think and what makes them think in a certain way. “By the time I was 15, I was sure that I would pursue a degree in psychology. I have amazing parents who said, ‘Go for it if this is something you really want to do!'”

After doing her Master’s in clinical psychology at SNDT Women’s University, Mumbai, Madhumitha did clinical work for a couple of years. Following her second Master’s in mental health services research from King’s College London, she got hooked on to research and never let go.

Her most significant contribution till date has been coordinating a project based in Goa, Satara and rural Tamil Nadu, that focused on schizophrenia. The study looked at whether delivering a community-based treatment package in the homes of people, using low-cost human resources such as health workers, was more effective than treatment in a clinical setting alone. The study showed that this package was an effective treatment for reducing symptoms and disability levels in rural settings.

We walk over to the cosy, single-storey building occupied by the Centre for Mental Health Law and Policy. This Centre does a lot of work in the area of human rights and health care policy. Its director, Soumitra Pathare, was instrumental in drafting the ground-breaking Mental Health Act of 2017.

The Centre’s workspace is minimal with not much more than laptops, a printer, stationery and high-speed internet. Here, I meet Rasika and Arjun, who are assisting Madhumitha in her current research.

Madhumita with Rasika and Arjun

She and her team are looking for associations between suicide attempts, and various factors relevant to young people, such as failed aspirations, relationship problems, personality traits, and mental health problems

The study aims to find the extent to which factors such as gender-based violence, family problems, exam failure and mental illness are present in young people who come to hospitals as a result of suicide attempts, as opposed to the comparison group of young people in the same neighbourhood.

All the data is collected electronically using tablets installed with a built-in questionnaire. This minimises the step of data entry, which is typically prone to error. Standardised questions are used to measure a certain variable, such as severity of depression, while more qualitative answers are recorded to get a narrative exploration of a person’s life.

When it comes to human behaviour, there’s always some level of variability in results, Madhumitha notes, but she believes it has a very good predictive value. Her study aims to find a risk percentage associating a certain variable (for example, a certain life event) with the health outcome (suicide attempt). Once you find the statistic, the more you replicate it across cultures, the stronger the evidence is for that particular effect.

“I would definitely say that public health science is scientifically robust,” says Madhumitha. Each research question calls for its own methodology and style of analysis. Some methods are heavily statistics-based, and some are not. If you want to find the prevalence of schizophrenia in a community, you would do a survey to count the number of people identified with the condition. Once you divide this by the total population, you have the number you’re looking for. If you’re interested in exploring the problems people face after losing a loved one, you would do it in a more qualitative way.

Madhumita on her desk

There’s a lot we can do with this information. It can be used to implement strategies aimed at reducing widespread social behaviours that have contributed to poor mental health outcomes. India is already doing this, Madhumita hints, adding that more could be done by emphasising on early detection, so that vulnerable groups are treated before they’re at risk of suicide, promoting healthy gender norms and behaviours towards women, regulating use of alcohol, and reducing access to pesticides and other toxic substances.

India, China, and Japan account for about 40 percent of the world’s suicides. Despite this, India trails behind in terms of spending on this major public health issue. Most developed nations spend above four percent of their entire budget on mental health. India spends only one to two percent of its budget on healthcare, and only 0.07% goes towards mental health. As a result, there are only three psychiatrists for every million who need care, creating a need for a low cost and scalable solution.

One of the things that Madhumitha is thrilled about is the recent ground-breaking development in India’s policy related to mental health. Under the Mental Healthcare Act of 2017, suicidal attempts have been decriminalised.

“This basically means you can get proper treatment when you’re distressed. You can’t be denied treatment while waiting for the police to conduct an investigation. This is significant because there’s a great deal of stigma attached to getting help. People don’t come forward when they require support.”

“In India, we now have a good understanding about what causes a number of conditions like depression, and we’ve developed effective treatments to handle it,” she adds. “Suicide attempts, however, need a lot more work. There are very few studies in India on suicide attempts, especially studies on why this is happening among young people in India. I really hope that my study–by highlighting the reasons for youth suicide attempts–will inform the development of programs to prevent this in the country.”