A biologist in Chandigarh who studies the darker shades of nanotechnology shares her thoughts on her scientific life and raising a child in one. 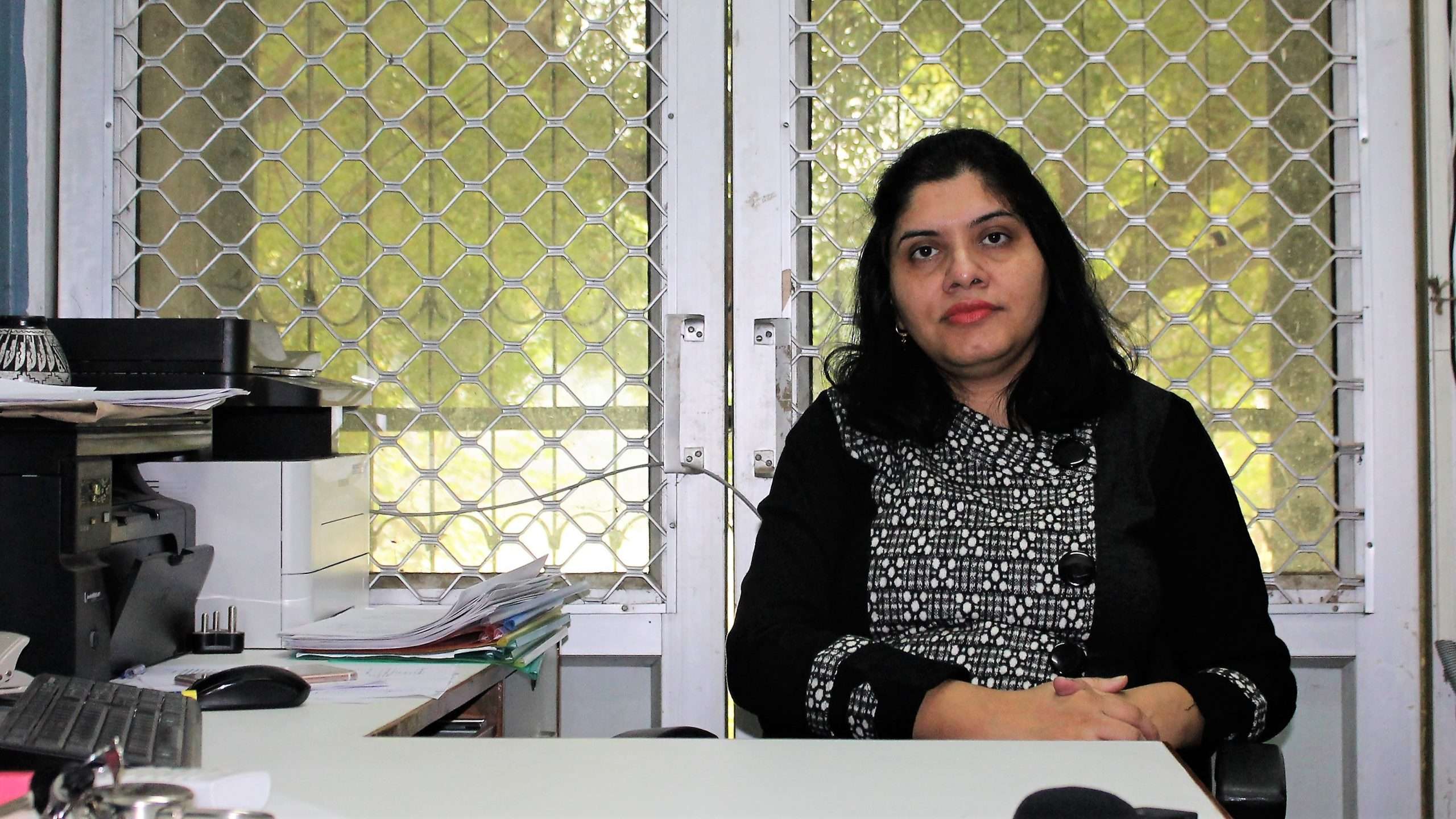 “Air pollution” conjures up images of thick black clouds cloaking city skylines, exhausts bellowing gases and citizens wearing facemasks to walk on the street. While this is very much a reality right now, in the future we may be threatened by pollutants that are invisible to the naked eye – pollutants so small that a thousand of them stacked together would still be thinner than a human hair. How do we protect ourselves from what we can’t see?

Luckily, researchers like Madhu Khatri are looking out for us. A biologist and Assistant Professor at Panjab University in Chandigarh, she studies nanoparticles and their toxic effects on biological systems. Nanoparticles are molecules that have at least one dimension measuring between 1 and 100 nanometers (1 nm is a billionth of a meter). In recent times, their applications have been booming, and the field of nanotechnology is being probed for solutions to all sorts of problems ranging from drug delivery and water filtration to space elevators and (of course) better TVs. But along with the promise of unthinkable innovation comes certain worries. As thousands upon thousands of new nanomaterials enter the market, we remain relatively ignorant about their effects on humans and ecological systems. This is where Madhu’s research comes in.

A researcher in the field of nanotoxicology, Madhu studies these substances to get a better idea of the hazards of being exposed to them.

The reason they can be dangerous, remarked Madhu, is that the size of these particles is roughly the same size as DNA, viruses and other small biomolecules. The similarity in size means that they could disrupt or interfere in biochemical systems very effectively. Such particles can enter the body through various means including the skin, but the most common is through inhalation. Too small for the nostrils to filter out, they can land up in the nose, throat, or even deep in the lungs. Their presence and inability to be discarded by the body’s immune cells leads to a condition called ‘frustrated phagocytosis’, which results in chronic inflammation in these tissues.

Microscope image of cells undergoing frustrated phagocytosis (being unable to dispose of nanomaterials), due to (A) multi-walled carbon nanotubes and (B) long fiber amosite asbestos. Scale bar is on the bottom right of each image. Images courtesy of Matthew Boyles, Lesley Young, and Vicki Stone.

Another reason they can cause havoc is their ease of movement. They can translocate from the lungs, through the blood to many other organs. Indeed, in her animal studies, Madhu detected these nanoparticles in the heart, liver, and urine.

The main focus of Madhu’s lab these days is on perfecting a method to test the toxicity of nanoparticles using zebrafish as a model organism. She exposes a set of zebrafish embryos to different doses of the nanoparticles and then compares the effects of increasing concentrations on the fish’s growth. She checks for developmental abnormalities, changes in reproductive ability, and even how it affects their offspring. Madhu pointed out that the graduality of exposure is important for her experimental conditions because it mimics reality. In natural environments, people are usually exposed to low concentrations over a long period of time rather than large acute doses. 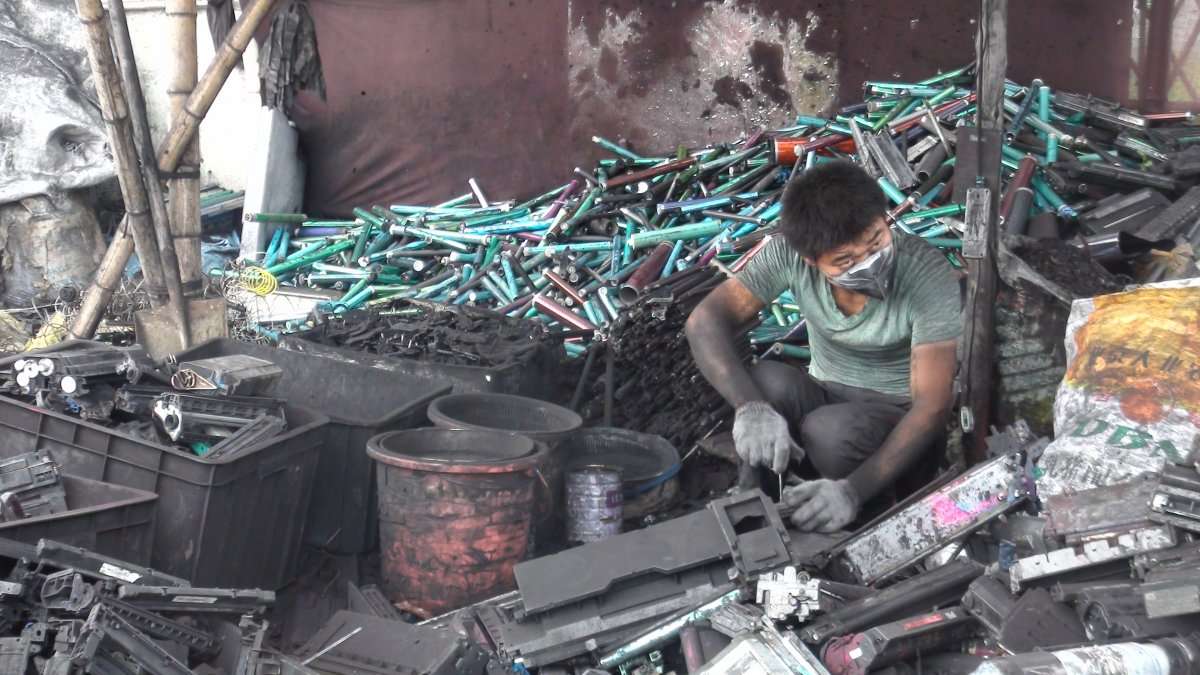 This was also the case in the population that Madhu studied during her PhD experiments at the University of Massachusetts, USA. She considers this time the highlight of her academic career, and a testament to the utility of her work.  For her PhD research, Madhu observed people working in photocopy centres and factories who were regularly exposed to printers and toners. She wanted to confirm if inhaling the nanoparticles released during the printing process was affecting the workers’ health. By sampling their nasal passages and their urine, she observed very high concentrations of molecules associated with chronic inflammation. The inflammation leads to the release of free radicals – charged particles that disrupt other biomolecules in a process known as oxidative stress. This process is a well-known contributor to certain types of cancers.

In a rare experience for a graduate student, Madhu’s PhD work garnered mainstream attention for its warnings on public health issues and was even briefly discussed on national television. But the attention was not all positive, she remembered. “The printing industry is huge and was unhappy with the results. They tried to prove that the results are not due to the nanomaterials and instead blamed other chemicals in the surroundings of the factory.” But young Madhu stood resolute behind her research. She collected more samples, including the other chemicals from the environment, and exposed animals and cells to them. Her results provided further evidence that the nanoparticles were the ones to blame. 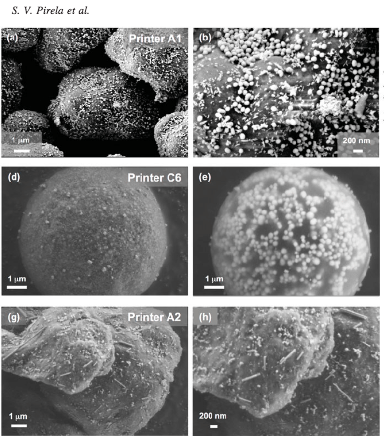 Even though she was able to get four publications out of her Ph.D., there were hiccups along the way.  “As a student, [the publishing process] was quite fascinating, but my professor was under a lot of stress.” The reviewers gave them very harsh reviews on the first review. “They were unhappy with our results – they never wanted them to be published.” She suspects this was due to the size and influence of the industry she was dealing with. “Things are not that simple”, she learned quickly.

In a particular case, the lab even lost out on funding in the last stage of one of their grants. Luckily for them, Harvard School of Public Health stepped in with funds to complete their experiments.

A mentor in the family 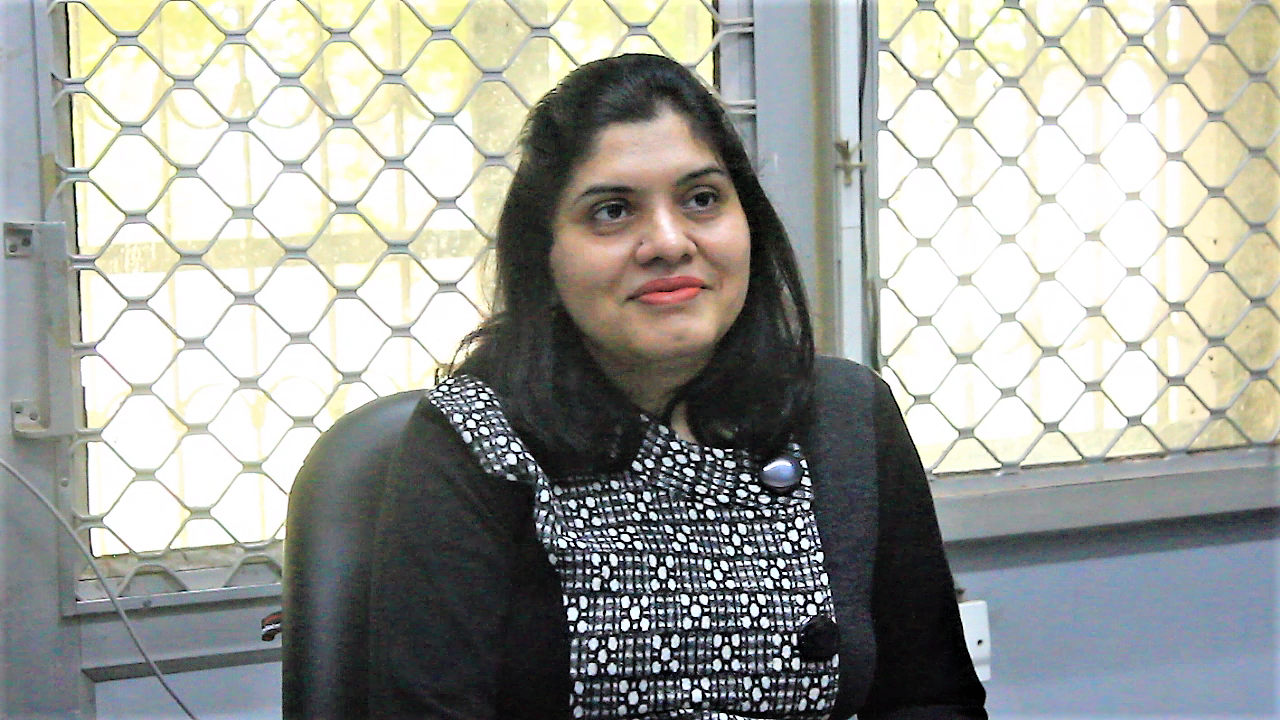 Madhu’s journey into biology took off not far from home in Delhi. She liked biology from the get-go but credits her elder brother for influencing her early outlook. “He was studying medicine at the time and he used to teach me biology in great detail,” she recalled. The engaging tuition, combined with good marks in class 12, led her to pursue zoology for her undergraduate studies at the University of Delhi. There, some more good teaching spawned in her a deep interest in genetics, a topic which she got so enamoured with that she applied for an MSc in genetics at the University of Delhi knowing only five seats were available. Out of the 700 people that attempted the entrance exam, Madhu emerged among the winning five.

When it was time for her doctoral work, it was her brother’s encouragement once again that pushed her towards the graduate program at the University of Massachusetts in Boston. He was going to medical school in Boston as well so this made the shift very comfortable. “It was not a transition at all – I had a home-like feeling in the US”.

During her eventful Ph.D., she also met and married her husband, an immunologist who was also doing his PhD at the time. Near the tail end of her PhD came their first child. “It was quite a clash between my defence and my son. (He) was three weeks old when I defended my PhD.”

Following her PhD and a short postdoc at the same lab, Madhu faced an important decision in her life. She was offered a post-doctoral position at the Harvard School of Public Health – considered one of the most prestigious institutions for medical research, and her husband planned to accept an offer for a faculty position at IISER Mohali. “It was quite challenging for me to decide. My son was very small – a few months old. And I had two choices: stay back in the US for the postdoc while raising him alone, or come back to India,” she said.

Preferring to keep the family together, Madhu returned with her husband and son to Chandigarh in 2013. She took up a brief position as a research scientist at the Indian Institute of Nano Science and Technology before moving to her present role at Panjab University. Looking back, Madhu doesn’t regret her decision but recalls what a dilemma it was at the time. “Here, I’m loving what I do, and my son is with me and being taken care of very well. This was quite a good decision – but a VERY difficult one. It’s not easy to get an offer from Harvard and rejecting one is 100 times more difficult!” she chuckled.

After becoming a mother, Madhu noticed a dramatic change in her lifestyle. “Before having kids, you can work till 10 pm every day of the week, but after, you have to learn to balance work and life.” It got easier as her son grew older but she maintains that she hasn’t been able to work the way she did before, something she has observed among her other female colleagues as well. “It’s an irreversible change.”

Science is not always equal

In the future, Madhu plans on raising awareness about the invisible presence and effects of nanoparticles. She worries about indiscriminate use. “They are being added in cosmetics as well… gold facials, sunscreens, teeth whiteners, they all contain nanomaterials. The problem with the cosmetic industry is that they don’t even label these products and there are no laws that tell the consumer [that they are exposed]. So people are not even aware of it.” Pharmaceuticals scientist Sanju Nanda echoed similar concerns in this report.

Madhu lamented that as of now, India is far behind countries like Australia with respect to regulations. Australia is so far the only country to have specific laws about nanoparticle presence in consumer goods, she informed. Yet, she’s hopeful that the government will pass some regulations that stipulate what nanomaterials are present in consumer goods and pass regulations for exposure limits. For this, she knows that work in her area is crucial. “These regulations will only come when active research on toxicology takes place.”

‘‘Right now only about 2% of the funds for nanotechnology goes towards toxicology research,” she added. ‘‘It needs to increase to at least 5-10%. The positive applications (of nanotechnology) are very good, and we should do that research, but we can’t slide the negative aspects under the carpet.”

In Madhu’s opinion, one of the major hurdles that the Indian scientific community needs to overcome is the disconnect between research institutes and universities. “The number of faculty members doing real research in a university is quite low,” she said, adding that the possibility of growth is further stunted by stingy government fund allocation for teachers doing research in universities. “In the US, there is no such divide.”

This is part of a series of profiles of Indian women scientists whose research has been funded by Wellcome Trust/DBT India Alliance. We are thankful for a grant from India Alliance towards this series that has allowed us to invite voices of fellow science writers on this project.