A molecular ecologist’s journey into the wild

As I stepped into the National Centre for Biological Sciences campus, I could not help but marvel at the sudden burst of greenery before me — a welcome change from the browns and greys dominating the rest of Bengaluru. It was a bright morning in October; green leaves glistened, as the morning sun greeted last night’s rain. I walked into Uma Ramakrishnan’s lab and thought how ideal it is to have nature surround you while the foremost thought on your mind is saving the tiger!

Uma is a molecular ecologist working as Associate Professor at NCBS. Her team works on the conservation of endangered mammals of the Indian subcontinent such as wild cats, leopards, and macaque monkeys. Today, her name is synonymous with tiger conservation in India.

Uma’s passion for tigers began when she joined NCBS in 2005. Days after giving birth to her first daughter, she received a call from noted tiger expert and Director of Wildlife Conservation Society-India Program Ullas Karanth. He wanted to know if Uma would work with him to estimate the number of tigers in India without sighting the animals—based only on their genetic identities.

Having recently completed her postdoctoral studies, Uma had not decided what line of research she would pursue. Karanth’s offer put things in perspective. “As scientists in India, if we do not have genetic information on a species that is so much in the public imagination, what are we doing? It is our responsibility to create good data, to understand the species better. Whether this data is incorporated into policy is secondary. But the data should at least exist! Being at an institution like NCBS, which is very privileged with good internal funding, I felt I must take on this responsibility,” she said. 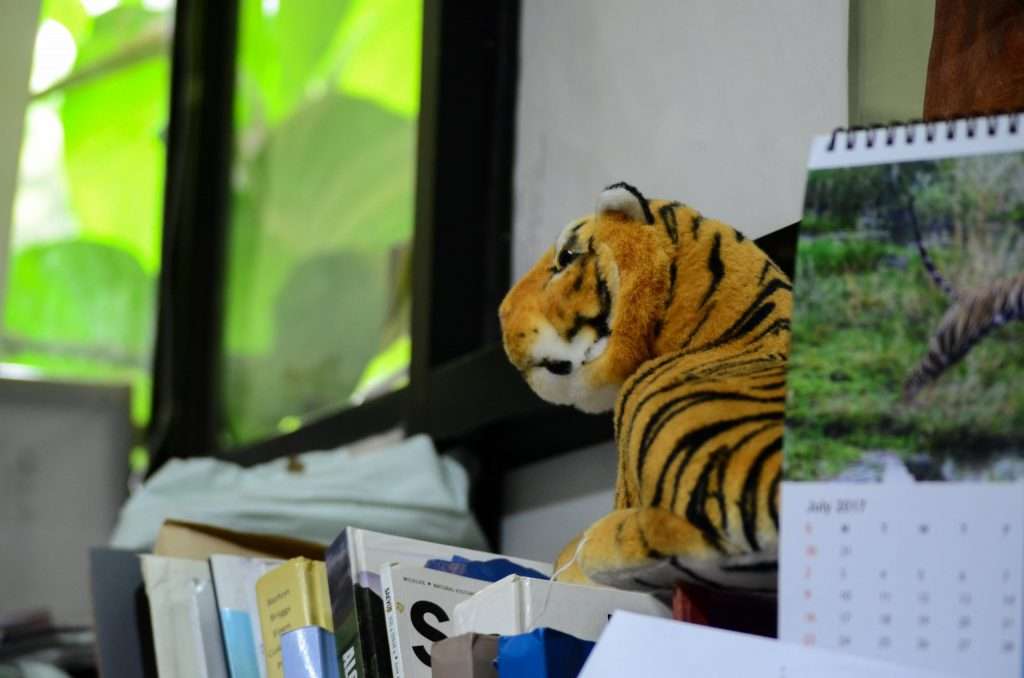 A tiger (stuffed) lurks from behind a tiger calender over Uma’s desk. One needs to be wary of the big cat images on the prowl on her lab walls.

Subsequently, Uma’s team estimated tiger population in Bandipur National Park by genetic sampling while Karanth’s team used the already established camera trap method. The strong correlation of both their results allowed genetics to feature as an important tool for the national tiger estimate.

Genetic sampling is a non-invasive method to identify tigers. Along forest trails, tigers deposit their faeces (poop) to mark their territories. During field surveys, Uma’s team collects these faecal samples and extracts DNA from them. They confirm if the DNA belongs to a tiger and not any herbivore or prey it has fed on. Only the samples belonging to a tiger are taken for further analyses. Identities of individual tigers are established based on genome sequences called microsatellite loci. These are tracts of DNA (1-6 or more base pairs) that repeat in an organism’s genome; the number of repetitions varies from individual to individual. Using a set of three or more such loci and the number of times they repeat, an individual animal’s genetic profile is established. The number of unique profiles translates to the number of individuals in that wildlife park. Identical genomic profiles point to the same individual.

Uma’s team also uses this method to study genetic diversity in tigers. One of their first studies sampled tigers across India and concluded that they have greater genetic variation than wild tigers elsewhere. According to the National Tiger Conservation Authority (NTCA), the number of tigers in India rose from 1,706 in 2010 to 2,226 in 2014. However, due to habitat destruction, connectivity between tiger territories is lost. As a result, tiger populations become isolated into tiny pockets. Lack of mixing between populations leads to inbreeding, further leading to loss in genetic diversity.

The genetic diversity of a species is a marker of its health; the more the genetic diversity, the more equipped the species is to adapt to habitat changes. Loss in diversity can result in lower reproduction rates, faster spread of disease, and increase in cardiac defects in tigers. Uma’s team is trying to predict if tiger populations are genetically diverse enough to survive the human onslaught on their habitat. 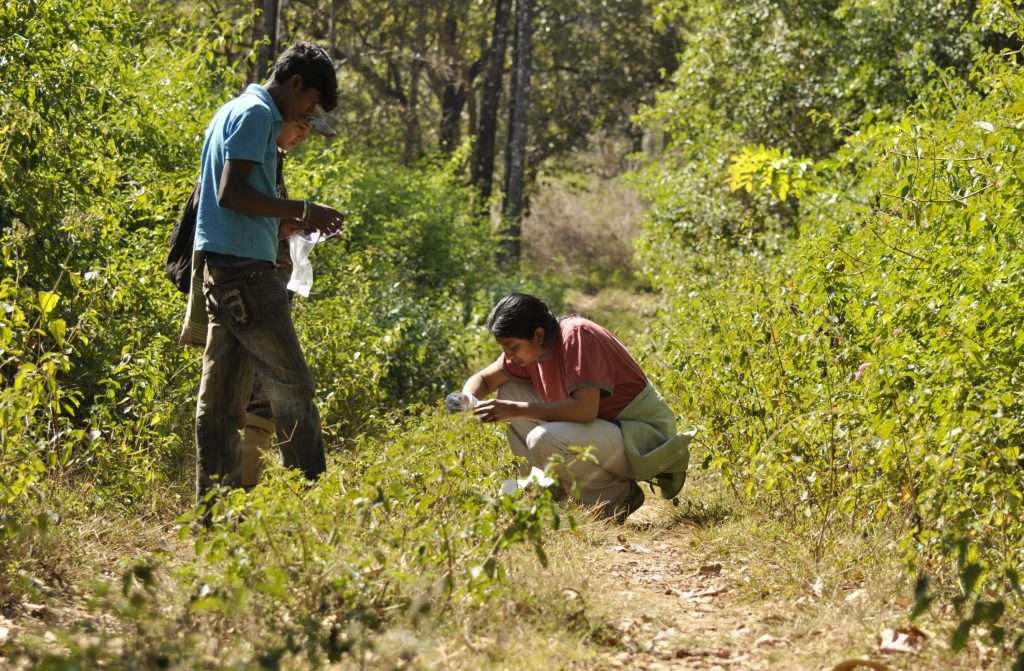 Uma and her team’s research has had far-reaching impact over the years, especially in relation to the recent increase in man-animal conflicts. In 2013, one of her students worked on the first project on connectivity of tiger populations in central India. The study of tiger samples across six protected areas showed that there was movement of tiger populations across distances of about 650 km; but heavy urbanisation was hindering this movement. This data was presented in court to stay the widening of NH7 for four to five years since it cut across the Kanha-Pench wildlife corridor. “The highway has been opened now, construction has started, but a conservation NGO has used the data to push for a mitigation structure—an underpass for the animals, which is one of the largest underpasses in the world,” Uma said. She stressed that these instances get people thinking about the other dimensions of data. In another case, Uma’s team worked with the Karnataka State Police department to identify the origins of 26 leopard skins confiscated during a raid. This one-of-a-kind wildlife forensic approach helped zero in on potential poaching hotspots, and helped convict one of the culprits.

For Uma, on-ground impacts are far more satisfying than publishing papers in high impact journals. “Our research helps interpret and deconstruct the mysteries of nature and narrates it as a story. Therefore, our papers are read more by non-scientists than they are by scientists,” she said proudly.

While the high-altitude Himalayas and the dry forests of Rajasthan and Madhya Pradesh are Uma’s favourite locations for research, she hopes to extend her work outside the country – especially to South Africa, which practises an interesting system of conservation which involves relocation of endangered species. “As human population density increases, animals get sequestered into smaller and smaller parks. At some point, connectivity isn’t going to exist anymore, and we will have to move animals physically. Then you will have more mixing, which is better for the population. I would like to assess the consequences of this practice from a genetic perspective,” she said.

Uma grew up in Indian Institute of Science (IISc) in Bengaluru, where her father was a physicist. She was introduced to nature early on, when she went on bird watching trips with students of the Centre for Ecological Studies (CES) at IISc. She claims that although she wasn’t the best student in school, her parents always made her feel that she could do anything. After her schooling, she followed her father to Princeton University where he was to teach. She worked in a lab there studying a monkey species called marmoset. This introduced her to the use of molecular tools to study biology and the behaviour of organisms. This was when she realised she wanted to work more in ecology.

With its advanced mathematical and statistical tools and complex data sets, Uma understood that ecology is a quantitative science. So after she returned to Bengaluru, she did her Bachelor’s course in physics, chemistry, and mathematics. Simultaneously, she worked at CES in a lab studying wasps. 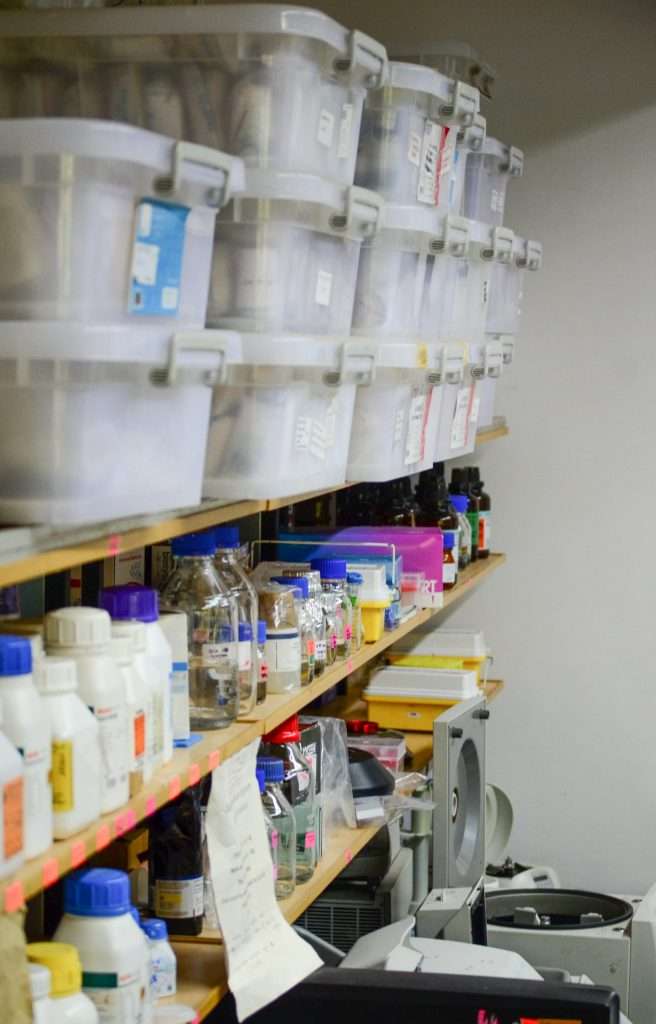 Boxes with animal poop samples piled high on the top shelf of the lab area, waiting to be analyzed.

After a Masters in biotechnology, Uma spent a year doing fieldwork on elephants at Periyar Reserve and at Mudumalai Forest. This led to a PhD at the University of California, San Diego. Her topic was population genetics and the evolutionary history of mammals. She did two years of postdoctoral work at Stanford University and returned home in 2005. “I was obsessed with coming back from the day I landed (in the US). I wanted to work on biodiversity in India.”

It was a great decision, because Uma ended up the first person hired for the Ecology and Evolution department at NCBS. It was an exciting but a slow start, since she was pregnant with her first daughter then. A couple of years later, Uma was up for tenure-track at NCBS. It was around this time that she received the Ramanujan Fellowship. The day after she received her tenure letter, her second daughter was born. She admits those were stressful days. “Somehow I never thought of quitting, whatever the hurdle.” As an afterthought she adds, “Maybe it was the foolishness of youth!”

The tough balancing act between work and family deters many women scientists. Uma admitted that when her children were younger, there were days when she didn’t know if she would make it to work. “It is really hard to balance so many things. I have managed to have both: an exciting science career and children. But you have to be mentally prepared that it’s going to be hard and overwhelming.” When she has to travel, Uma does not leave her children for more than ten days at a stretch. If needed, she takes them along.

As remarkable as her balancing skills sound, there are still days she feels inadequate. “I don’t feel like I am a good-enough mother, or a good-enough scientist! That’s because you tend to evaluate yourself as only a scientist, or only a mother. And so you never quite measure up.”

Are there any hurdles a woman is likely to face during field trips? Uma reassures wannabe ecologists that all will be fine. Focus on your mission at hand, and ensure you have a supportive team, she advised. 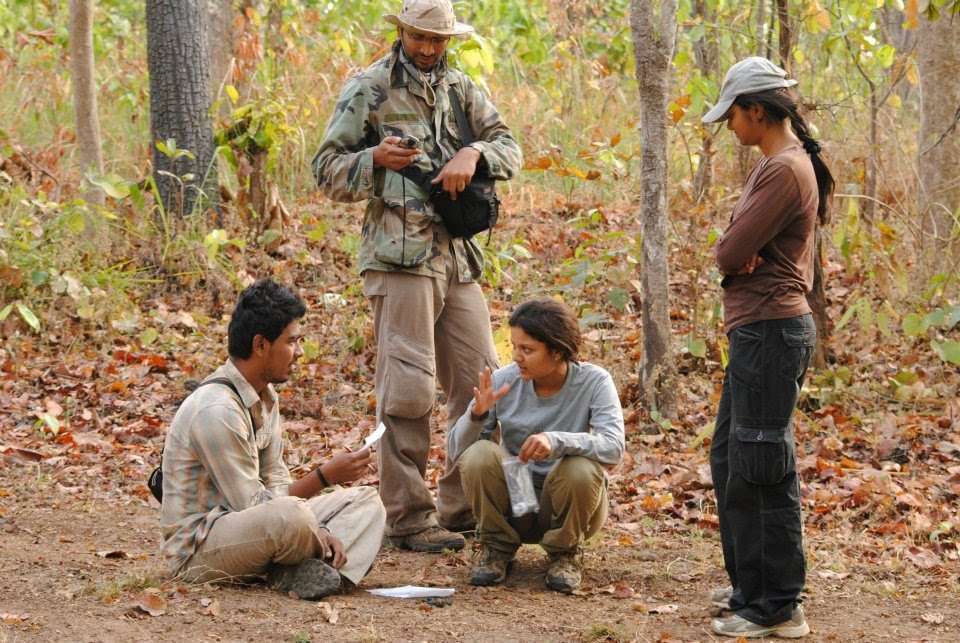 What the future holds

Uma takes delight in real and accessible science. She plans to start a lab in Pachmarhi, Madhya Pradesh, which will enable interaction of forest officials with the lab personnel and their data. Local students can also witness how laboratory work unfolds. She also organises outreach programmes for students to interact with researchers. She is part of a team that is beginning to relay talks on biodiversity and chemical ecology, followed by live chat sessions for students from 15 colleges in the north-eastern states of India. She is passionate about science communication, and has given several talks, many of which are online.

Despite the challenges that lie in store – liaising with policymakers, regular interfacing with the department, and connectivity – Uma never regrets her decision to come back from the US. “Things are easier in the US, but a career there would be much less meaningful to me. I am connected to this land! There is no other option.”

1 response to "On the tiger trail with Uma"

Pingback: Diary of a labhopper: Outreach at NCBS, Bangalore - The Life of Science