Senior most faculty at IIFM, Bhopal shares current interests, her journey so far and how Indian families could be stifling scientific thinking in girls 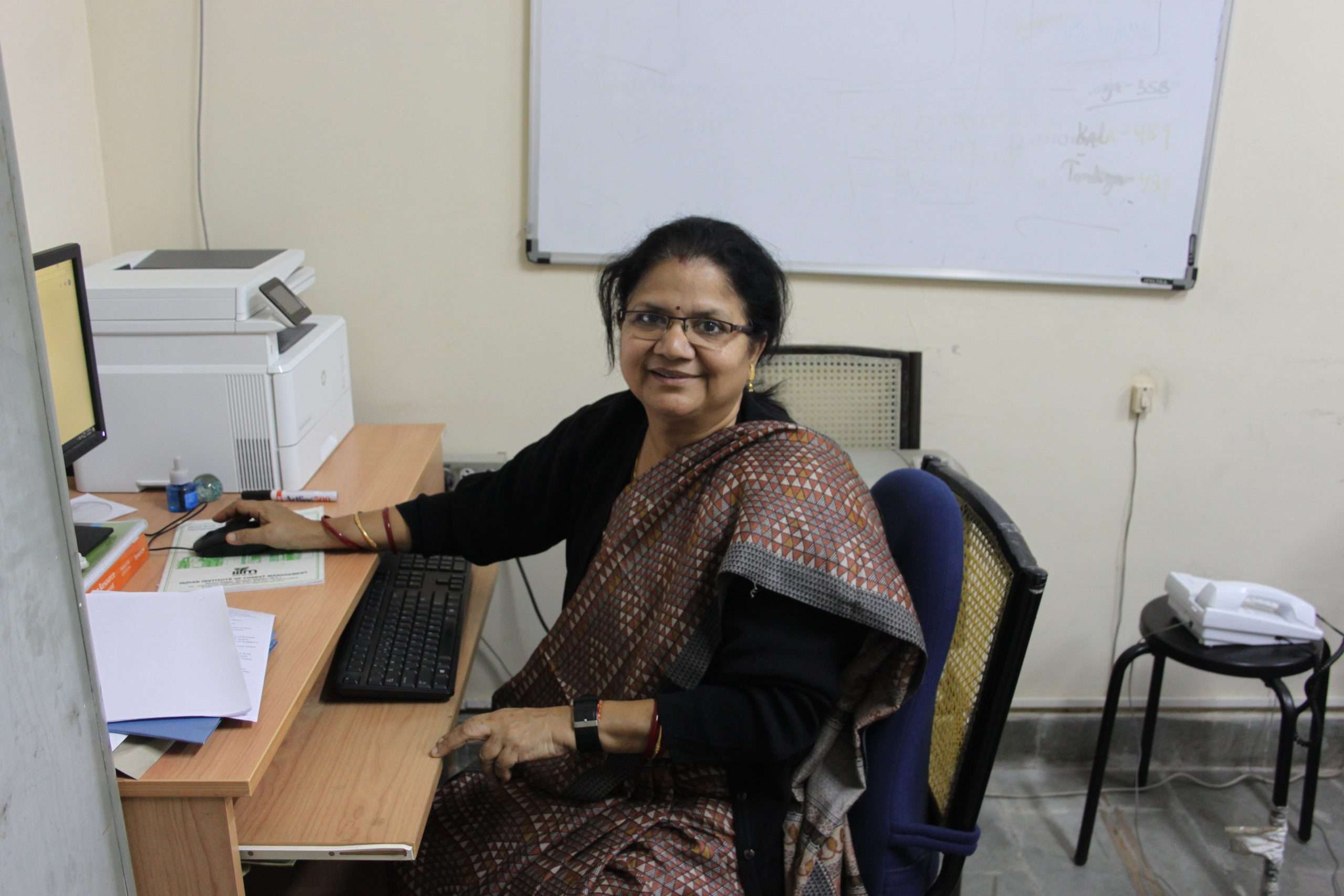 As the state attempts to govern Indian forests and the largely disconnected communities living in them, a band of scientists from the capital of Madhya Pradesh, Bhopal, are on a mission to question, examine and inform our country’s forest policy. One of them is Rekha Singhal, a human resource management professor at Indian Institute of Forest Management. 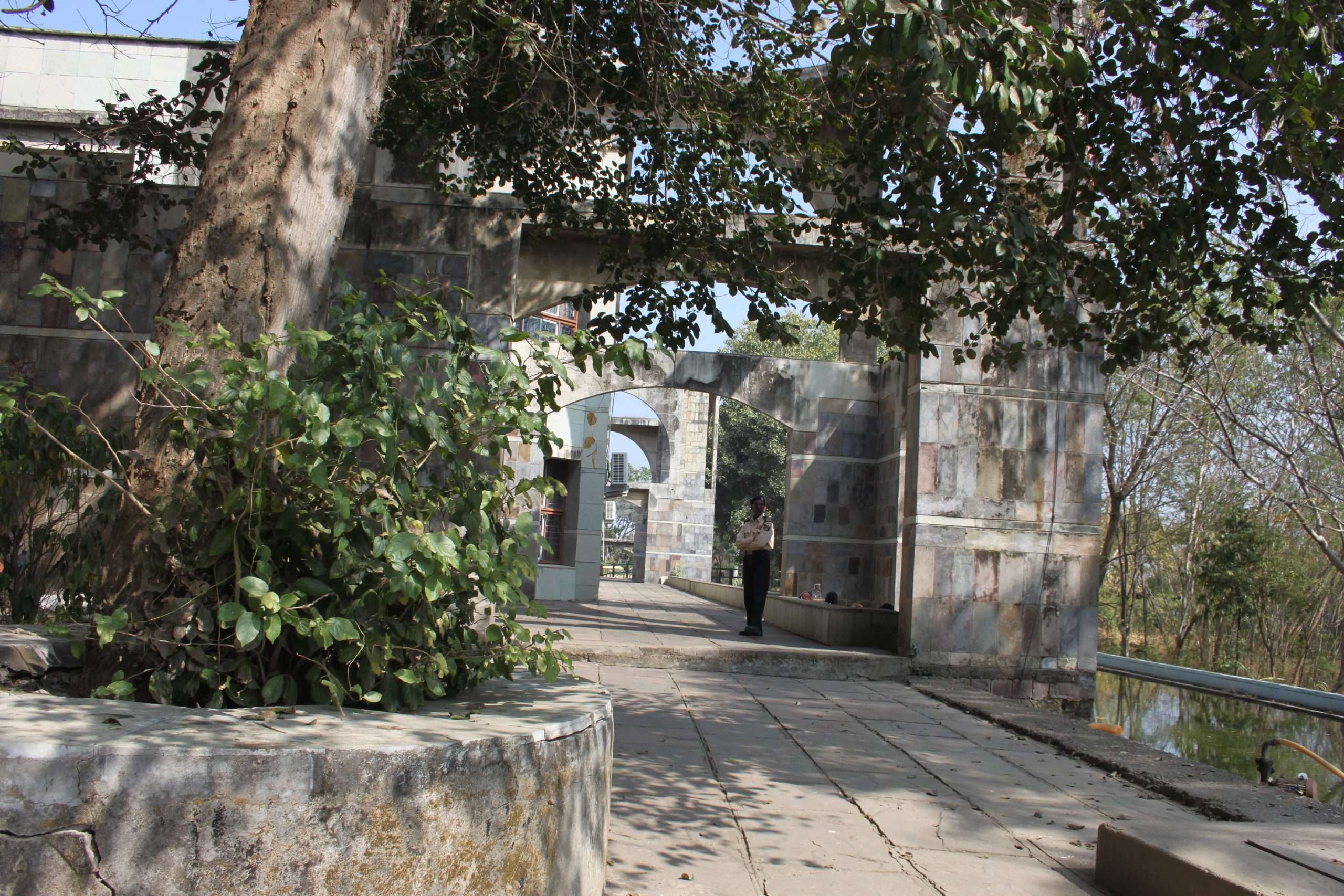 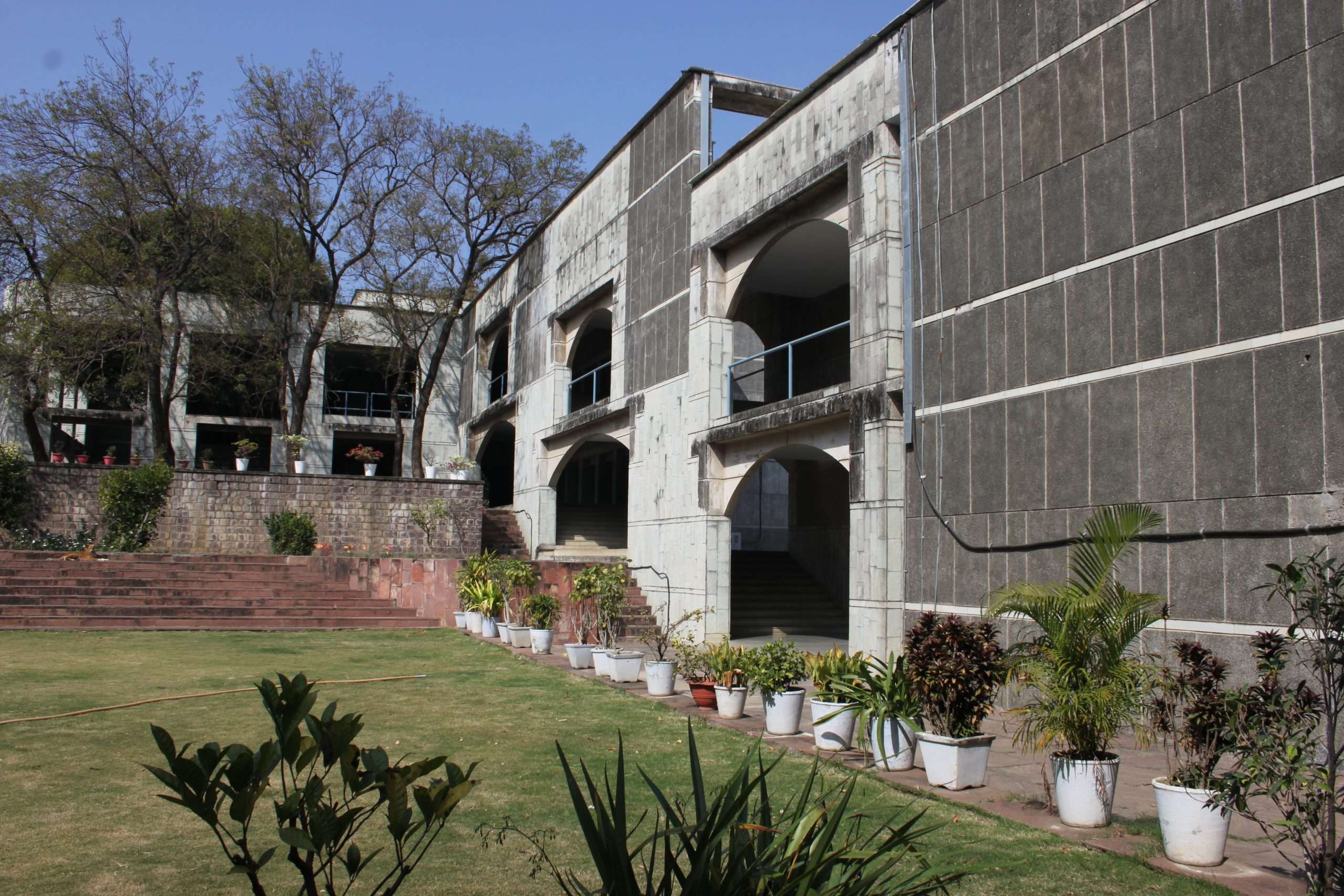 Faculty block on top of the hill 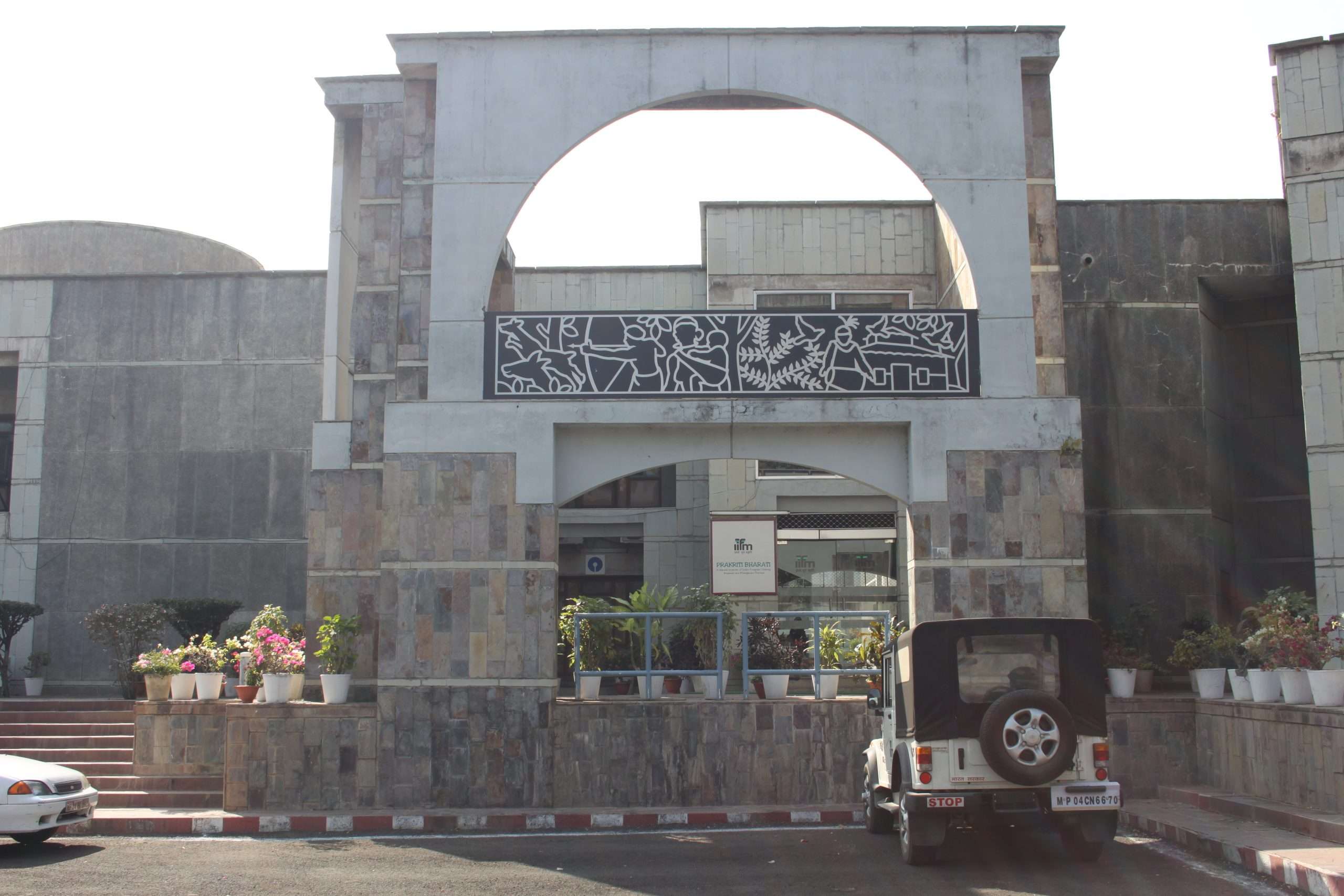 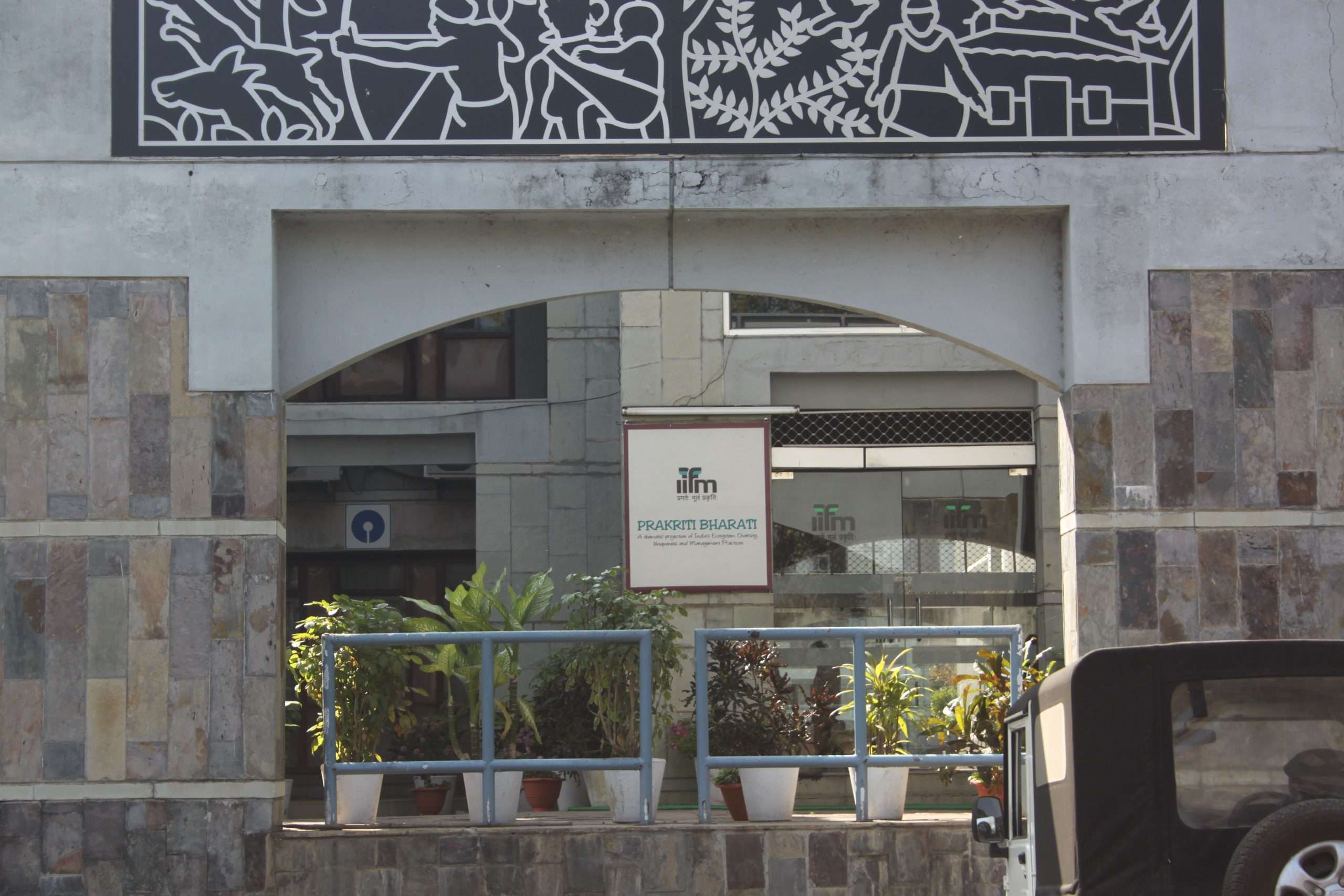 IIFM is notable for its architecture

IIFM is a premier management training institute; research from here often informs policies at the national and international level. “Being an autonomous sectoral management institute of Ministry of Environment, Forest and Climate Change, IIFM provides input to the ministry and other organisations through research, consulting and training,” Rekha said introducing her institute.

Rekha is the most senior faculty at IIFM – she joined in 1988. She has been Dean and in the absence of a Ministry-appointed Director, she took charge as Acting Director from 2011 to 2013. In her long career, she has advised establishments as global as the United Nations and the Government of India to the Madhya Pradesh Police and the smallest of NGOs based on her findings from the forest.

I met Rekha in the faculty blocks crowning the sixty-five hectare hilltop campus of the IIFM situated in the outskirts of Bhopal. She was in a hurry as lunch hour was almost over and she had a lecture coming up. Nevertheless, she obliged for short snappy talk.

A psychologist in the wild

“I never enjoyed reading books and preaching. I wanted to contribute something original. This is why even during my Master’s degree in Psychology at Allahabad University, I preferred research,” she said. She continued at the same university for a PhD in psychology and then taught at Lady Shri Ram College in New Delhi before she finally found her calling at IIFM; the newly founded institute at the time was looking for a psychologist perspective to its Human Resource management course.  “I started going to the field for research at IIFM. And that is the most attractive part. For me, the lab is the field.”

Being a HR Professional, Rekha’s main focus is to identify the many stakeholders of forest management in India and examine the partnerships between each of them. She has studied a wide selection of Indian forest governance policies and reported on their evolution.

Much of her work (like this one) reports on implications of an umbrella policy called the Joint Forest Management (JFM) which was put in place in the late 80s. Rekha has pushed specifically for the increased role of tribes and inclusion of there indigenous knowledge in these policies. “Certainly lot of improvement has taken place and that is reflected in amended Joint Forest Management (JFM) resolutions issued by different states,” she said. But she is critical about some aspects in the policy.

The JFM includes ‘microplans’, which focus on prioritising local governance of forests. These are great instruments to fold in the tribes’ own practises in sustainability and governance into the national policy, according to experts like Rekha. In 2011, Down to Earth magazine reported Rekha’s frustration that 40 of the microplans she studied failed to mention indigenous knowledge. “Involvement of the local people is essential to the process of microplan preparation. Outsourcing of microplan preparation limits the inclusion of indigenous knowledge in the plan due to target based approach,” she said.


“[The erosion of Van Panchayats (a 1931 policy framework preceding JFM)] has resulted in steady depletion of resources and led to the realisation that without willing and active support of the communities dependent/ living close it will not be possible to achieve the goal of sustainable forest management,” she wrote in the study of evolution of governance policies.

A 2014 workshop report presents findings of the study titled Caste-Tribe Dynamics, Power politics cause for slow changes in PVTG community of Chambal zone of Madhya Pradesh that Rekha co-authored:

“The authors presented their findings on caste-tribe dynamics based on their work with three PVTGs (particularly vulnerable tribal groups) – Sahariyas, Baigas and Bharia – in Sheopur and Guna districts of Madhya Pradesh. Noting that across most metrics, these three groups are especially disadvantaged, they pointed out how many government schemes for their welfare are compromised because these schemes are mediated by non-tribal intermediaries, particularly those from the dominant castes, who subvert the schemes for their own end.”

Though at a forest management institute, Rekha clarified that she doesn’t directly deal with trees. “But trees serve the needs of the people… I deal with the link between people and forests along with the gain and loss to both,” she said. “Our research and consulting projects are field based only.”

In 2017, Rekha was occupied with a huge project. It involved reviving the training curriculum of the entire fleet of Madhya Pradesh Civil Police. Rekha was invited to submit a proposal analysing existing training protocols and recommending updates where needed. At the time of this interview last year, her proposal had been approved and the documentation of existing curriculum had landed on Rekha’s desk. She updated me via email that the project is now complete.

The needs and demands of the society from a police force have been changing over the years. However, the basic framework of training might not have ben updated. This has been Rekha’s challenge over the past year.

She has performed exercises for the Madhya Pradesh Government before, but this task is a much taller order.“The entire Madhya Pradesh civil  police force includes police on the ground, police stations, offices, wireless offices, traffic police and various other departments and types of roles,” she informed me.

To go about this monumental task, Rekha first identified contemporary MPs need of police force based on recent documentation of registered crime. “Then I checked whether those needs are already addressed by the present curriculum. If not, I  recommend changes. If somebody joins as a constable, he or she stays in that position as a trainee for nine to ten months. I looked at the inputs they get from the training curriculum and what are the issues they are unable to resolve in the field based on this training. Then the syllabus can be updated,” she explained. “I had to also foresee the kind of crimes the police has to deal with in the future.” Rekha has a hunch that cybercrime training will emerge crucial.

We discourage scientific traits in girls

Apart from HR, Rekha also delivers lectures on gender at IIFM, adding that students take lot of interest in the subject. Gender is an elective course at IIFM, where sensitisation of gender issues, gender resource budgeting, gender planning, frameworks of gender analysis and gender impact assessment is covered. “Research has to go beyond boundaries. But unfortunately girls are trained since childhood to stay within limits,” she said.

“We discourage girls from behaving in ways that make a good researcher. Asking lots of questions is most important. Research begins with a research question. But when girls ask questions at home, they are told ‘bahut sawaal puchti ho’ (You ask a lot of questions).” Second on Rekha’s list of important scientific behaviours is the ability to think outside the norm. “But we tell our girls ‘jaisa keh rahe hain vaisa karo (do as asked)’.” Thirdly, she feels that girls are discouraged from field studies and networking, too. “Instead, we tell our girls: ‘Bina jaan pahchan walo se bat mat karo’ (Don’t interact with unknown people).”