Chandrima's work takes her to remote and isolated locations in the country, and it is in these unlikeliest of places she discovered warmth and support. 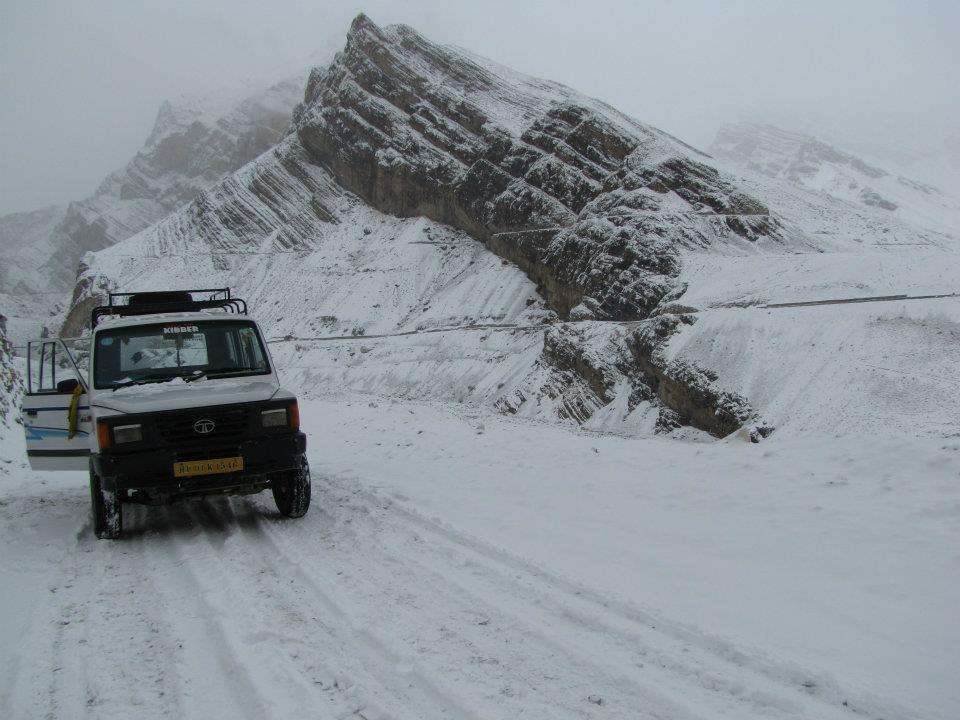 I work on the impact of feral dogs on wildlife and conservation and my field research has taken me across rural India. My work has taken me to places which are difficult to access, with low rates of literacy and often with social norms that are regressive for women. But it is serendipitous when one gets acquainted with women in such places, who show immense courage, strength, support, and love for a fellow woman. In the course of my field trips, I have met several such strong women, without whom, my research would not have been possible, and this article is dedicated to them. 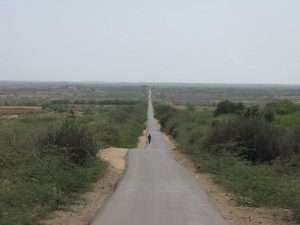 The road to Netra village in Kutch

The giggles of women on the streets of Tera village (Abdasa, Kutch) when I walked in a camo attire attracted a lot of attention. I smiled to ease the situation as I walked into one of the houses, which I would be taking on rent in the village for the next 6 months. My landlord, a tailor settled in Bhuj, agreed to give me access to one room and a kitchen during my stay. My neighbor Saleh Bhai, was the head of a hopeful family of six, four sons besides the husband and wife. The shy smile of Kulsum Ben (his wife) when he introduced me to her, immediately reassured me of the support of a fellow woman close by. She only spoke Kutchhi. Since I was only beginning to understand the language, verbal communication was not the best way for us to connect.

It was truly amazing as to how she became a “silent” part of my life in those 6 months. Almost every day for the first week, till I arranged for a dabbawala, she would have dinner ready for me. And though I would try and convey that it was too much of an effort for her, she would simply smile and say that she cooked for her family anyway and it did not matter much if there was a person extra! She also collected water for me for my daily use, since piped water only came for a few hours during the day, when I would invariably be away doing fieldwork. If a bucket full of clothes stayed for an extra day in the courtyard, I would see them washed and put up to dry on the clothesline. My efforts in making her understand that I felt embarrassed if others washed my clothes, hit a blind wall! 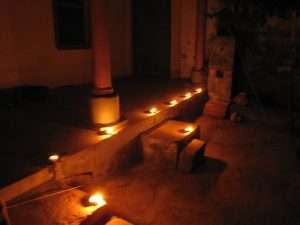 Chandrima’s home in Tera lit up with diyas during Diwali

Through our occasional chit-chat in broken Hindi and Kutcchi, we would share stories of our lives. She asked if I could help her son with his English schoolwork. I would give him dictation as she sat in the corner of the courtyard listening with all sincerity. She told me that she had managed to study until fourth grade. I asked her if she wanted to go back to studying again and she gave me a faint laugh! Even if she wished to be back in school, getting time off from her household chores would be a herculean task. Her morning started at 4 am with sweeping the courtyard, followed by cooking meals, sending her children to school, washing two buckets full of clothes, sending the goats for grazing and collecting water for the day. I realized that her day ended only at 8 pm because she would come to bid me a goodnight every day around that time.

The day I left Tera, as a token of gratitude, I gifted her small embroidered purse that I had purchased from Bhuj. When she took the purse, I could see her eyes well up. She hugged me saying that I should come back to stay again, this time with her. Her warm gesture moved me and I soon realized that the salt water on my lips had trickled down from my eyes. It has been 6 years since I left Tera but I can never forget her amongst the many faces I have seen in my travels.

I met Gatukji when I was waiting at the bus stop at Lingti village to take the Himachal Pradesh road transport bus to Lalung village. The road transport buses run the whole summer till the first heavy snowfall in Spiti. I was to be staying in Lalung for 5-6 days to conduct interview surveys. After a long day in Kaza, I was hoping that the wait was over soon. 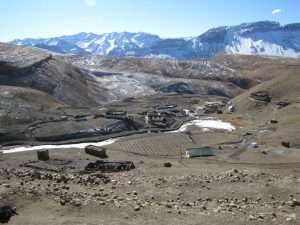 A view of Komic village in Spiti, Himachal Pradesh

Our conversation started with a cup of tea in a roadside shack. She was a teacher in a school in Kaza. I narrated to her purpose of my visit and why I was in Spiti. Though a resident of Lalung, she largely lived in Kaza, where she also ran a homestay. Seeing the delay in the bus, she offered me a ride in her own vehicle and told me if my work ever brought me to Kaza and if I needed a stay, I could stay with her. Her conversations had such a personal touch. I could also see that she had made a tremendous effort to reach where she was in her professional life. Married at the age of 18, she continued her studies post marriage. Children added to her responsibilities, but she did not lose hope. When they were slightly older, she went on to do a graduation and then a post-graduation. Her dedication towards her job reflected in every part of her conversation.

About a month after our first meeting, my work took me to Kaza and I decided to stay with her. She welcomed me and gave me one of her best rooms to stay. When I came down to meet her after settling in, I saw an eight-year-old girl, who smilingly served me a cup of namkeen chai (butter tea). She introduced the girl to me as her niece, who was currently staying with her. Every evening I would join them for tea and dinner. We opened our lives and our hardships. Every day she would come back, make dinner, and later prepare for her classes for the next day. In between, she would help her niece with her homework.

The little girl was very sharp for her age and peppered me with her questions about wildlife and my research. Through our conversations, I learned that she was a resident of Salung and after completing her primary school in Lalung, her parents brought her back to Salung. As a student, she was extremely bright, but Salung had no school and her parents needed her to help with the household chores. With no option for schooling, her future seemed bleak. Gatukji was instrumental in bringing her from Salung, getting admitted her to the school at Kaza and bearing the cost of her stay and education. A remarkable woman with much grit and determination! Her fortitude to improve the circumstances of those around her in her own little way made me realize that all you need is integrity to make a change!

As a woman, it is but natural to connect with our own gender. My experiences of living in a rural setting in India have allowed me to interact with women of all age groups. As a woman researcher, I have received my fair share of snide comments about being away from my family and spending my time “in the wild”, which mostly came from other women. But the personal connections I developed with these women in the field, despite a language barrier, made it all worth it! A peek into their lives made me realize their immense power of endurance and integrity. For me, these rural women are as much an epitome strength as any “modern woman” living in a city.

Chandrima Home is a Ph.D Scholar with the Ashoka Trust for Research in Ecology and Environment, Bangalore. Her research investigates the threats posed for wildlife by feral dogs.

This article was originally published as a blogpost by Ashoka Trust for Research in Ecology and the Environment (http://www.atree.org/content/strength-unexpected-places). Re-posted with permission.