Dr. Yamuna Krishnan won the Infosys Prize in the Physical Sciences category. She is the only woman to win in this category since the awards were set up nine years ago. 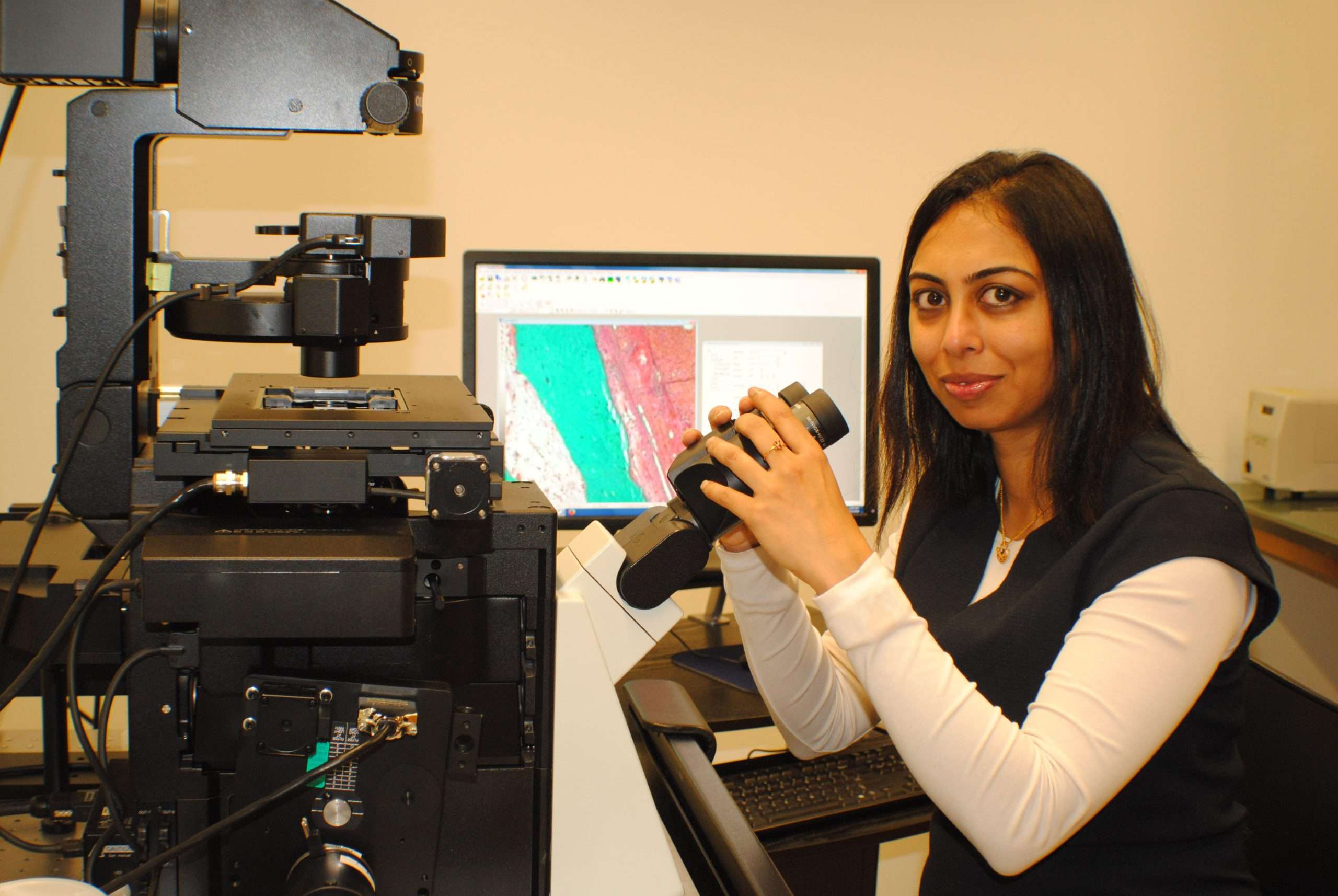 These days, DNA is increasingly being explored as a ‘device’ that has the potential to go beyond its traditional biological role. Dr Yamuna Krishnan, Professor of Chemistry at University of Chicago, uses her expertise in chemistry, along with a fair bit of scientific creativity, to translate these promises into reality.

In November 2017, Dr Krishnan won the Infosys Prize in the Physical Sciences category. She is the only woman to win in this category (although women have been honoured in other segments) since the awards were set up nine years ago. With an award that consists of a citation, a gold medal and Rs 65 lakhs in prize money, and with categories spanning over the sciences, engineering and the social sciences, there are whispers that the Infosys Science Prize aspires to be the Indian equivalent of the Nobel Prize.

Dr Krishnan’s passion for crafting nature-inspired solutions to advance science and engineering emerged in NCBS, Bengaluru, where she worked for eight years before moving to the US. These days, she designs DNA nanodevices, which are a collection of synthetic DNA strands engineered to have artificial functions. Her nanodevices have successfully been used to map the going-ons inside living cells. Thanks to her work, we now know for sure that such DNA nanodevices can indeed function without interfering with other components inside living cells.

In an interview with Firstpost, Dr Krishnan spoke about her new company Esya, the lack of diversity and the state of science in India, the country she left in 2014.

You are a chemist by training. At what point did DNA enter your life?

I’d always known about DNA right from my BSc [at University of Madras]. My PhD advisor had worked with Hargobind Khorana [who received the Nobel Prize in 1968 for his research in nucleic acids] and I did my postdoctoral studies at the University of Cambridge — a powerhouse for breakthroughs in molecular biology. There I worked with DNA to fashion it into interesting structures. At the time I started my own lab at NCBS, DNA was being used to craft virtually anything one wanted with it. I looked around in my environment to understand what common problems all my biologist colleagues were facing, to see if I could provide a chemical solution for them. And I used DNA as my medium to solve this problem. 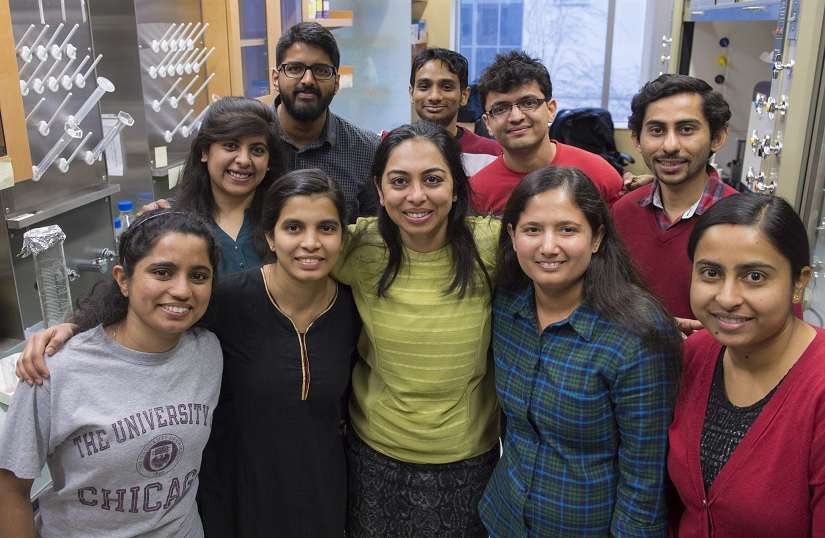 Tell us about the time you realised that research was for you.

I never knew I would be doing research. I loved chemistry and I only knew I did not want to stop studying it. I happened to get into the best PhD programme in the country at the Indian Institute of Science (IISc) right after my BSc. At first, I did not know that doing a PhD meant doing research. Only at IISc, did I realise it meant there were no set procedures. You had to find the problems and solve them. There was no prescribed textbook [to guide you]. The first two months were a bit of a shock — ‘what have I gotten myself into’ I wondered. But soon enough, the intrinsic love for learning took over. I found research exciting. I could be creative and not worry about failed experiments, I just needed to understand why they failed.

NCBS is well known as one of the most nurturing and liberating places for a researcher. Why did you move away?

NCBS’s focus is on biology. But from my basic research, the ability to apply it directly to disease emerged — especially to rare disease conditions that affected infants and children. Therefore, I needed to relocate to a place that offered the capacity to ping-pong rapidly between chemistry, basic biology and clinical research. To take this to people as fast as possible I needed hospitals around me and the infrastructure to do chemistry… These were the primary drivers to relocate.

Lysosomal disorders are notorious for being difficult to diagnose. Can you tell us about your company Esya’s plans to change the scenario?

Lysosomal disorders are a collection of rare, neurodegenerative diseases that affect children. Let’s say I have my DNA sequenced and find that I have a genetic propensity for a lysosomal disorder. How do I know when I should commence treatment? With our [imaging] technology, from a pin prick of blood we can tell how healthy your lysosomes are, potentially even before the physical symptoms start to manifest: Are you in the amber zone, are you in the red zone? We want to develop a single test that reveals the metabolic status of the lysosome, that indicates the type of and severity of a lysosomal disorder. I cannot say more at the moment.

In another interview, you expressed concern about the prevalence of lysosomal disorders in Kerala and the need for action. Do such needs and applications frequently drive the direction of your research?

When I first started my work, I never anticipated we would be diagnosing diseases; what I was doing was so basic, it didn’t seem like it would ever have an application. I wanted to break a barrier that basic scientists had been facing for long time — to measure the activity of proteins in situ without needing to crush the cells into a soup. Having achieved that, only then we realised it could have a deep impact in biomedical sciences. We took the next logical step — if you have a fundamentally new way of looking at cells, use it! So we are now trying deploy this technology to real world problems.

How important are awards to a scientist?

We are only human. Acknowledgement of excellence in a given art serves to drive our endeavours to push our limits. Acting has the Oscars, singing has the Grammys, literature has the Pulitzers — awards promote the importance of every craft in the social context, help sustain that craft and attract talented youngsters to choose to pursue the craft. In that sense, awards are essential. Then there is the question of how essential awards are for you. The best of us work for the sheer joy of pursuing excellence. It is my belief that if you work for awards, you are likely to be quite miserable.

The analogies you make with Lego blocks, knitting wool, origami etc. to communicate your research seem to suggest that science communication is a priority for you. Has it always been so?

I have always wanted to explain what I was doing to my friends and family. The explaining was a reality check for me. The bigger the problem, the less difficult it is to explain why and how you can solve it.

There is a sentiment among scientists in India that research in the pure sciences isn’t given as much of a push as the applied sciences. What do you think?

I don’t subscribe to this view. I don’t know how things have changed in last three years, but in the 15 years I worked in India, there has always been a space for basic science of high quality. There are enough funding mechanisms in India to support outstanding basic science. I have never seen a really good idea not able to get funding. Some very successful examples are the Wellcome Trust DBT at India Alliance or the Nano Mission… they have consistently funded outstanding basic science. However, more avenues and mechanisms like these are essential.

Pure science classrooms in Indian colleges are frequently female-dominated. Yet the numbers say that very few progress in research. Have you ever been conscious of the fact that you were accomplishing something unusual?

I have seen friends give up careers and become home-makers — that is also admirable. It’s really a question of where you find your happiness. It’s a personal choice. I never considered myself special or unusual in any way other than that I was fortunate to have the total support of my parents. We are all built differently, some of us more adamant about pursuing our own way and some of us less so… Several women decide not to pursue research because it is not an easy choice, because it is not a 9 to 5 job.

You are the first woman to win the Infosys Science Prize for in the Physical Sciences category, and also one of only 16 women out of about 535 recipients of the Shanti Swarup Bhatnagar Prize. What do you make of this gap?

That’s a complex question that I cannot answer in a sound-byte. There are asymmetries, but India is far more advanced in terms of treating women on par with men than many other countries. However, there is always room for improvement. There must be a dialogue because [the lack of] women in science is not a problem just for women, but for all of society. In our culture, much is expected from women and talented women require a supportive family structure to be able to achieve what they are truly capable of. However, I only see it getting better. I have male friends who say that they hadn’t realised how weighted the system was against women till they had daughters. This is a sign that the coming generation is sensitised to these issues.

We need supportive scientific policies to stop the leaky pipeline and this is now being recognised in India.

Would you come back to India?

I don’t want to look into the future. There are many things I have said I would never do, that I ultimately ended up doing: I will never do science driven by a desire to ameliorate disease — I will only do basic research, I will never leave India, I will only study architecture etc. I have learnt not to have forecasts for life, just do the very best you can where you are, and to keep an open mind.

This article first appeared in the  Firstpost,  on 27 December 2017.