In the fourth episode of our podcast series, we bring to you Kavita Shah from BHU, who works on developing biosensors to help treat waste water from local dyeing industries. 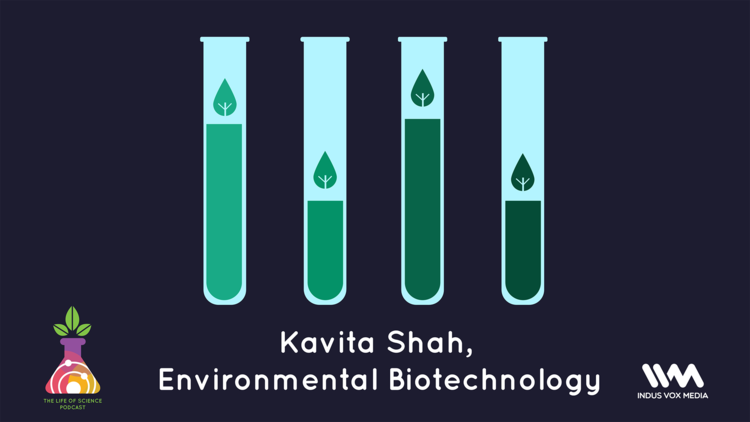 We recently launched our new podcast series in collaboration with IVMPodcasts. Listen to women scientists talk about their work and the many ways in which they juggle their personal and professional lives.

Embed links in this post might be broken, we are trying to fix this. In the meanwhile, all episodes can be found here: https://ivmpodcasts.com/thelifeofscience

Episode 1 features Vidita Vaidya – Vidita Vaidya is a Shanti Swarup Bhatnagar Award-winning neuroscientist at Tata Institute of Fundamental Research in Mumbai. In this episode, she talks about the brain circuits that affect our emotions and stress, especially during childhood. She looks at questions like ‘Why don’t antidepressants don’t always work?’ and ‘what does this mean for the future of India?’

See to our detailed interview with Vidita here.

Episode 2 features Smitha Hegde – Smitha Hegde is one of the country’s topmost experts on one of the earliest land plants to appear on Earth – ferns. Based in Mangaluru, the pteridologist studies the evolution of ferns in the Western Ghats. In this episode, she talks about a problem in Kudremukh National Park that she was called upon to deal with.

Episode 3 features Anu Sabhlok – Anu Sabhlok is a social scientist, architect and feminist scholar at IISER Mohali. She has been relooking the definition of “nation” with the help of migrant labourers who build India”s border roads every year. For many years she has been travelling with the labourers as they build the Indo-Tibetan border roads and then back again to their homes in central India. Her research reflects the realities of contemporary India.

Episode 4 features Kavita Shah – Kavita Shah is an environmental bio-technologist at the Banaras Hindu University. In this new episode of our podcast series, listen to her speak about her work on developing biosensors and bioreactors to that break down pollutants in waste water discharge by the local dyeing industry, making them safe enough to be re-used.

Episode 5 features Indumathi is a particle physicist at The Institute of Mathematical Sciences in Chennai. She works on mysterious sub-atomic particles called neutrinos. Indu is pushing for an underground neutrino observatory – a project that has been dogged by controversy ever since its conception. In this episode, she talks about the science of neutrinos and why we must not be afraid of them.