WHAT? Researcher in cancer genomics

WHERE? Institute of Advanced Study in Science & Technology (IASST), Guwahati

Browsing through literature and hospital records in 2008, young Rosy Mondal saw firsthand that the claims were true – there was a very high incidence of head and neck cancer among the populations of north-east India. “Back then, India was contributing to 9.3% of oral cancer cases in the world. But in the north-east alone, the incidence of this cancer was 33%. It was a red alert [situation],” Rosy informed me when I met her at Guwahati’s Institute of Advanced Study in Science & Technology (IASST) where she is now a researcher.

Oral cancer is one of the most common among the ‘head and neck cancer’ group; others members of this group are cancers of the larynx, pharynx, throat, buccal cheeks, soft and hard palate and upper oesophagus. Some aspects of traditional north-east Indian lifestyle are likely contributing to the cancer trend, and Rosy is determined to spread awareness on this. “It is still very customary here to chew tobacco, betelnuts, arecanuts… They offer it to you if you visit their homes. Every home will have a supari tree growing outside. Something has to be done,” she stressed. Another unhealthy practice is the consumption of shidol shutki, fermented and salted dry fish. “These contain high amounts of nitrosamines which cause DNA damage leading to cancer.” 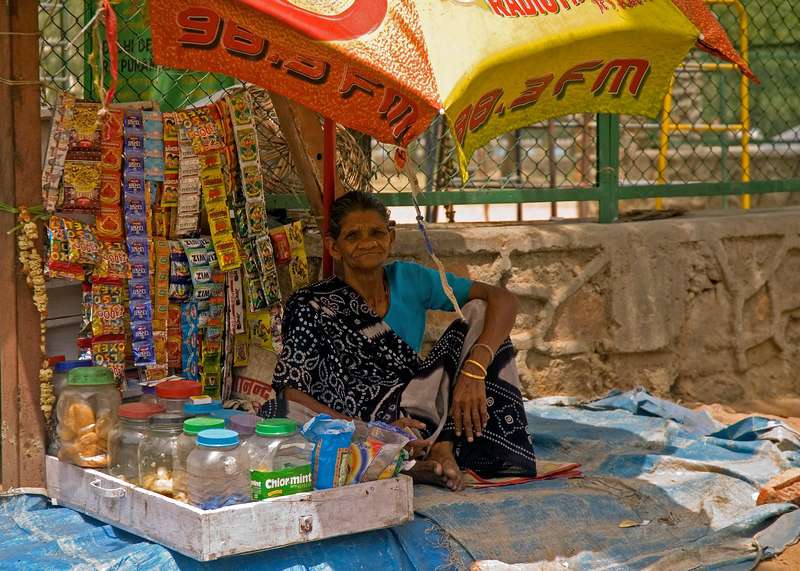 At Cachar Cancer Hospital, the only cancer-dedicated hospital in Silchar, Assam, cases trickle in steadily. This is where, almost a decade ago, Rosy, then PhD student at Assam University, was collecting her samples.

Samples were hard to come by

“I was there to collect samples and sequence the DNA. My motive was to develop a biomarker for the early detection of oral cancer,” said Rosy in an interview at her institute. As with most other cancers in India, oral cancer patients tend to come into hospitals only when it’s too late. So there is an urgent need for identifying genetic markers of oral cancer that can be detected early in patients. Despite the urgency, she recalled that there were no similar scientific studies that had been done in that part of Assam before – “there were only ethnicity studies and some on people’s dietary habits. No molecular-based study existed.”

Spurred on by this lacuna, Rosy got to work. She started with the DNA in the mitochondria of sample tissues. “The mitochondria is the powerhouse organelle of the cell and any damage here can lead to a lot of complications. Also, mitochondrial DNA is more prone to damage because it is not protected by histones (a type of protein) like nuclear DNA is.”

Conducting her study was not easy for Rosy because her supervisor Sankar Kumar Ghosh’s lab was new and still very bare. Getting chemicals delivered to that remote part of Assam was tricky. But a bigger hitch was convincing clinicians to part with samples. “The thing about India is, clinicians, at least back then, were very sceptical about research. They were too busy looking at patients. We offered them authorship in articles [in exchange for giving them tissue samples], but it was still very tough,” Rosy recollected. She could manage only three samples in her first year of research.

Notwithstanding a small sample size, Rosy was urged to make the most of what was available to her to do good science. She was initially targeting a small area of the mitochondria, but Ghosh pointed out to her the Next Generation Sequencing (NGS) technologies that were emerging – why not make use of these to target the whole mitochondria instead? “But the new technologies were still expensive. Instead of buying an instrument, we decided to do a free trial session with the sequencing company. I travelled to Gurgaon on my own expense and handed them (the company technicians) our samples and they showed us the results,” she said. By now she had progressed to 10 samples – “I was feeling very rich!” she joked.

Rosy identified about six suspected hotspot mutations – areas that are highly prone to mutations in oral cancer. Such findings are helpful in assessing the likelihood of a tumour becoming cancerous. Though Rosy and her guide were proud of their study being one of the earliest users of Next Generation Sequencing in India, they would soon realise that journals simply weren’t as excited. “Good journals were rejecting our paper only because of our sample size.  For good statistical analysis, at least 50 to 60 samples are required. So I was not able to generate a statistical analysis,” she said.

Eventually, they published in a journal called Mitochondrial DNA. “The impact factor of this journal was low but by then I was sick of communicating with journals. The editors accepted the study when we explained to them the scenario – they even praised it.” Much to Rosy’s delight, this paper ended up being one of her most cited. This experience taught her that there is hope beyond impact factors. “It’s not only the impact factor that scientists look for, the information in the papers also matters. I advise my students to trust the quality of work over impact factors. Only if people read papers, appreciate and cite, will the journal’s impact factor increase.”

During her PhD days, Rosy suffered a mishap that set her back considerably: Her laptop was stolen from the window of her ground floor room. Losing painstakingly collected data can be lethal for a research student already data-starved. Rosy had no back-up as she could not afford a hard disk at the time. “I was repeatedly calling the police station. I needed my laptop to analyse my sequences and I was also in the middle of writing a paper. Such kind of things can really leave a PhD student nowhere.”

Rosy was devastated. She did not go to university for a week. But her guide did not let her wallow in self-pity for long. “He scolded me. He said it was understandable that I was feeling bad but if I continued to be that way, I would not be able to complete my research.” Realising the truth in his words, Rosy got her act together. She recovered everything she could from her email archives and reworked on whatever she could not. Seeing her hardship, her father pitched in. “He withdrew some money he had set aside for my marriage and offered it to me to buy a new laptop,” she said.

Born in Durgapur and brought up in Delhi, Rosy did her BSc and MSc in biotechnology in Burdwan University, West Bengal, and Periyar University, Tamil Nadu, respectively. After a short stint as lecturer in a private college, she secured a PhD position in Assam University. After her PhD, Rosy began a postdoc at Boston University’s School of Medicine. But research abroad failed to capture her fancy and before long she was looking for opportunities back home.

When she heard of the DST Inspire Faculty scheme, she considered applying since she was 31 at the time and this would be the last time she would be eligible for it (age limit is 32 years). She was warned about the competitiveness of the procedure and the fact that she chose the ‘direct’ mode of self-nomination rather than ‘institutional’ mode where VCs and Directors of institutes nominate researchers reduced her chances even more, Rosy believed.

Rather pessimistically, Rosy pushed off her application on the very last day of the deadline. “I told myself ‘Rosy, you are definitely not getting it’,” she reminisced. But there was a faint glimmer of hope when she heard back from the committee a few days later asking her for the title of her proposal. She gathered that this meant they were interested in her application.

The next few months saw Rosy return from the US to look for a job. That’s when she got an interview call from Inspire. The interview process for this award, one of the most lucrative in the country (Rs 35 lakhs over 5 years), is famously grueling, but she was heartened to find her panel genuinely seem interested in her work. A month later, she was notified that she had been selected. “That was a turning point for me. It really felt good.” She chose IASST as her host institute and the latter welcomed her in.

Liquid biopsies on the way

Today, Rosy is trying to develop non-invasive cancer biomarkers. Such technologies will enable genetic testing of patients without them having to go under the knife each time, as they would in the case of traditional biopsies. DNA shed from tumour tissues can be found circulating in peripheral blood – this is called circulating cell-free DNA or “liquid biopsies”. She calls this a frontier research area. If she is able to successfully standardise such a process, it opens up the possibility of more efficient cancer treatment and earlier detection.

In October 2017, her team demonstrated how cell-free mitochondrial DNA can be collected from liquid biopsies for early diagnosis of head and neck cancer. “Our result indicates that the cell-free mitochondrial DNA content is highly associated with smoke and smokeless tobacco, betel quid chewing, and alcohol which shows greater promises, holding the key characteristics of diagnostic biomarkers, that is, minimal invasiveness, high specificity, and sensitivity,” they write in their paper.

The special tubes in which these samples are stored

Rosy says this is the first time this has been done in India. The cancer-prone region of the north-east has much to gain from such research but a tendency of funding agencies holds scientists like Rosy back. “This year, I received my grant in the end of September – I have to utilise these funds by 31st March 2018,” she stated. If she doesn’t exhaust the funds by the end of the financial year, the remainder will be deducted from the next installment. Rosy lost quite a significant amount of money this way the first time around and she hopes that her research does not suffer because of it.

Yet, Rosy is optimistic that the agency will take note of her feedback. “For people like me, they should be a bit more lenient for the first four years. Let them take the unspent amount at one go at the end of five years, and not deduct it every year. Now I am left with a limited amount of funds for very novel research. Let me see how far I can go with this.” 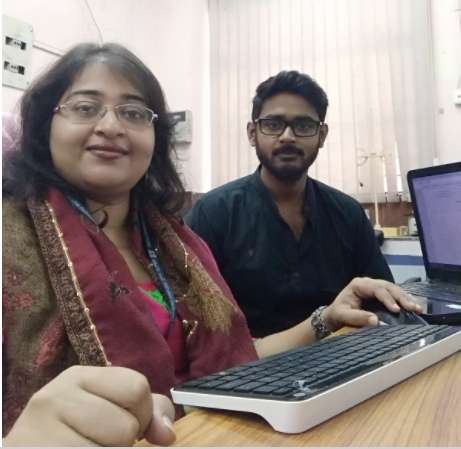 With her current student Manish Kumar

No hurry to marry

When she began research, Rosy understood that it meant a commitment of at least five years. “Even if relatives pressure me to get married, my parents have been my driving force. They never tried to interrupt my research. Today, they would like me to settle down but only with a compatible person who will understand my research.”

Rosy jokes that it was her PhD mentor Sankar Kumar Ghosh, now Vice-Chancellor of University of Kalyani in West Bengal, who moulded her into a talented scientist from the “naughty and careless tomboy” that she used to be. Besides him, her academic career is hugely supported by her elder brother. “He is very proud that his sister is doing research in cancer. He always shows me off,” she said, smiling.

Rosy is passionate about continuing research in this area – geographical and scientific. “Getting samples is still difficult in India but now I know this place, I know the patients – I have been doing this for seven years, and I can do a lot more,” she insisted. But her future depends on what happens after her five years is up. “I have to secure a good permanent position here to continue my research. If I don’t manage, I will have to leave the region.”

Lipi’s Tools for a Better Biology