“Science makes you feel stupid (for girls even more )and that’s not only okay, it's also important,” confesses a scientist in the making.... 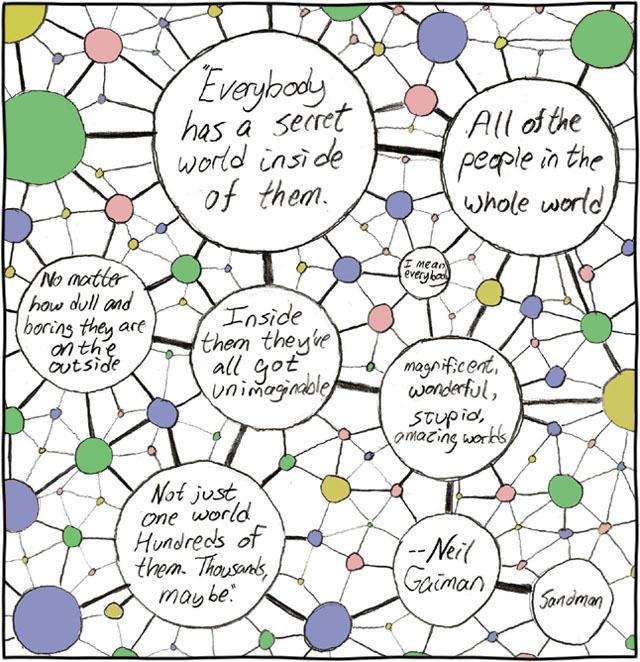 By Disha Patil
The blogger is an M.Tech student at Centre for Modeling and Simulation, University of Pune. She works on Computational Fluid Dynamics and Machine Learning.

I came across this article written by Martin A. Schwartz on twitter the other day that talks about how science makes you feel stupid and that’s not only okay, it’s also important. It was so relatable. The last time I felt super confident to do 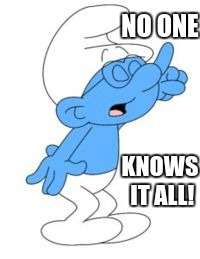 anything I wanted and full of energy was long long long ago….basically when I was in school. Since college, it has only been a road down to the place called self-doubt while feeling stupid a lot of the time.

This is my personal account of reasons behind the belief that I am not good enough. It started with my preparations for engineering entrance exams. I could not handle the jump from school to college and on top of that, the pressure to get into an IIT was no less. I was in a very bad place, unable to grasp anything from my course properly but just tagging along.

I once had a teacher tell me in class that long hair distracts you and hence you cannot do physics. Bad performance rooted in fear of not achieving what I set out to do turned me into a sad ball. Photos from those days still hurt me, they remind me of the sadness I felt on that exact day.

“But high-school and college science means taking courses, and doing well in courses means getting the right answers on tests. If you know those answers, you do well and get to feel smart.”

I had no-one to tell me what should I be really focusing on. Do the studies yes! But really, how should one study? And what should be the goals? Don’t get me wrong. It was never the case with me that I did not like science, but I set the wrong goals back then and that cost me heavily.

“For almost all of us, one of the reasons that we liked science in high school and college is that we were good at it. That can’t be the only reason – fascination with understanding the physical world and an emotional need to discover new things has to enter into it too.”

When I entered engineering college, I was desperate to find something new and start afresh. In the first year, you get to join various student groups and I wanted to be part of that liveliness on campus. The audition for joining the team to participate in an automobile making competition was underway. I felt too stupid to even enter the room. One reason was that I literally did not know anything about automobiles and the other reason was there were only boys there.

I just assumed that they know more than me and I will look like a dumb person amongst them and of course, will never be on the team…no chance. The contrast to this was the drama club. Now I do not know anything about drama too. But this group was more welcoming, and as I attended more and more meetings I started loving the brainstorming sessions and creativity in the drama club. Here too I was feeling stupid for not reading much, not observing much, not thinking enough…but I was learning to read, to observe and to think.

“The crucial lesson was that the scope of things I didn’t know wasn’t merely vast; it was, for all practical purposes, infinite.”

Here, I would like to add that being one of the very few girls in the class I always had hesitations when I had doubts or wanted to ask questions or even just have a talk. A stupid question or a wrong answer by someone is always laughed on in class. If this happens with a girl it adds a plus one point to “girls are stupid”. Because everyone knows boys are not! And why? Look at the examples, so many men have reached so far in science and engineering. Where are the women? There are very few.

Having been through this excruciating experience (in my mind) while studying to be an engineer, I can see why recognising women in science matters. Simply having more women in science visible can mean so much for an individual going through subtle changes. It makes an enormous impact in building the confidence for girls.

Science itself is defined with questioning and not knowing. As the article I mentioned before attests, science can give you a feeling of inadequacy, for girls and boys. But this inadequacy is a little bit different than the one that is imposed on you or you conditioned to feel.

We do feel stupid for not knowing things, but it is just that – not knowing about those particular things that can be learnt, absorbed and mastered over time. Here, time is important. But I did not know this before but I did learn that. Before that, I had picked up a deeply ingrained notion that one should understand anything and everything as quickly as possible. This scared the shit out of me and yes made me feel stupid.

When I couldn’t understand something quickly enough I used to just run away from the concept or just have enough information to show others that I at least know the words involved or terminology. The problem arrived when I had to reproduce the concept, use it, work with it or teach someone. Very late in my life, I realised that you need time to contemplate over things, absorb it well and then it is possible to feel comfortable with a scientific concept.

Looking at art – a painting, a movie, a song- we realise that so much thought has been put the work. When I began to study science I never thought that the people who put forth these theorems and formulae had put in the same amount of time and thought into it as artists do. I always had an impression that these were geniuses. I believed they just saw the scientific truths and made everything variable fall in place. I assumed it must be obvious.

I never saw the Pythagoras theorem in light of its several elegant proofs and the beauty of the theorem lies in those proofs. People made theories back in the day when they did not have calculus. I have these various mathematical tools, e.g. calculus, in my hand and I take it for granted. I was bewildered and awed when I read that Bernoulli took 20 years to contemplate before he published the Law of Large Numbers.

For the world, I had completed my degree with decent grades, but for me, I was empty. I was constantly feeling stupid and was desperate to change that state. That desperation made me take a risk and I landed in a program where questions were encouraged and even the stupidest of them were answered. I had the will to learn and they showed me the way. I am still struggling. Even today when I am working on a certain project and I have all negative results, I am definitely feeling stupid. But now I know what to do with it. It means I haven’t completely understood what I am dealing with. Like my statistics professor always reminds me “first look at the data and get a feel for it’’. That is exactly what I do and then start with a new approach.

“One of the beautiful things about science is that it allows us to bumble along, getting it wrong time after time, and feel perfectly fine as long as we learn something each time.”

So whenever you think you are feeling stupid, take a step back, look at your problem, contemplate, talk to someone about its various aspects and you will get the solution yourself. Because, as the article says – it is a problem and hence you are working on it.

I just wanted to add a perspective for students who would be feeling stupid even when grasping science and math concepts. Don’t fool yourself by demanding you can understand everything at the first go. Take your time, it will be slow, but you will feel rich in the end.

3 responses to "Feeling stupid and doing science go together"

Thanks for exposing that Disha. Young girls (and boys) must know it’s okay to make mistakes in science. William Shakespeare had said, “Our doubts are traitors, and make us lose the good we oft might win, by fearing to attempt”.

Thank You very much for writing this Disha. It was much needed today as I had almost fully convinced myself that I was the stupidest of all even after completing college. This really helped!