As a cell biologist, Richa Rikhy goes deep into reality under the coverslip of her confocal microscopes. 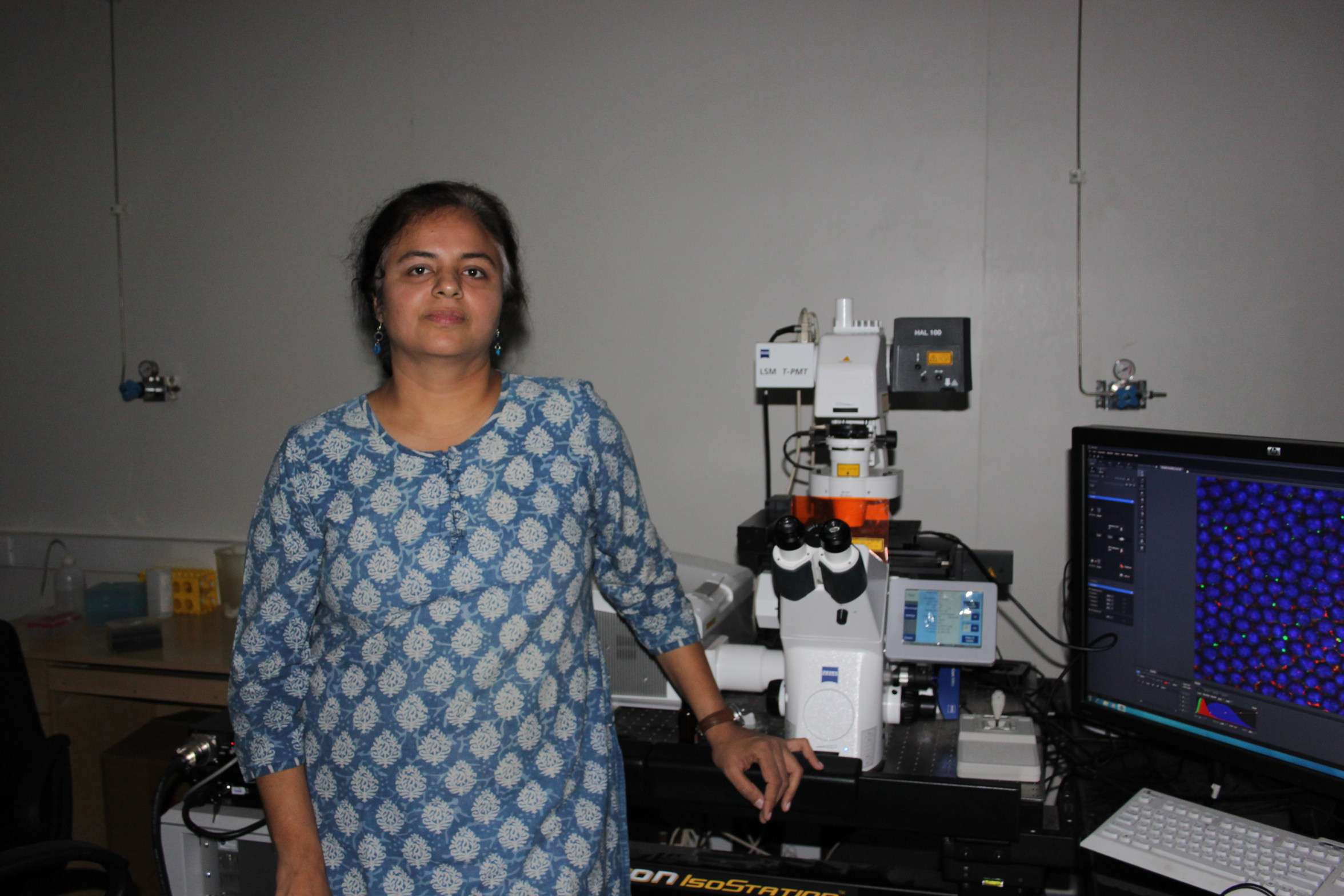 WHERE? Indian Institute of Science Education and Research, Pune

Osmosis Jones is a great movie. It is a world where cells are lovable characters that drive protein cars and arteries are the superhighways. Richa Rikhy lives in that world. In fact, as a cell biologist, she goes even deeper into reality under the coverslip of her confocal microscopes.


She makes beautiful films of embryos starting from a single cell to a big oval ball of many cells. With her research students, she solves yet unsolved mysteries about the architecture of the embryo, and on the way, identifies molecules and processes that played a part in making all of us, one plasma membrane at a time.

“We like to do this by looking at the cells. That it is our specialisation,” she told me at her roomy office at the very modern IISER campus in Pune. 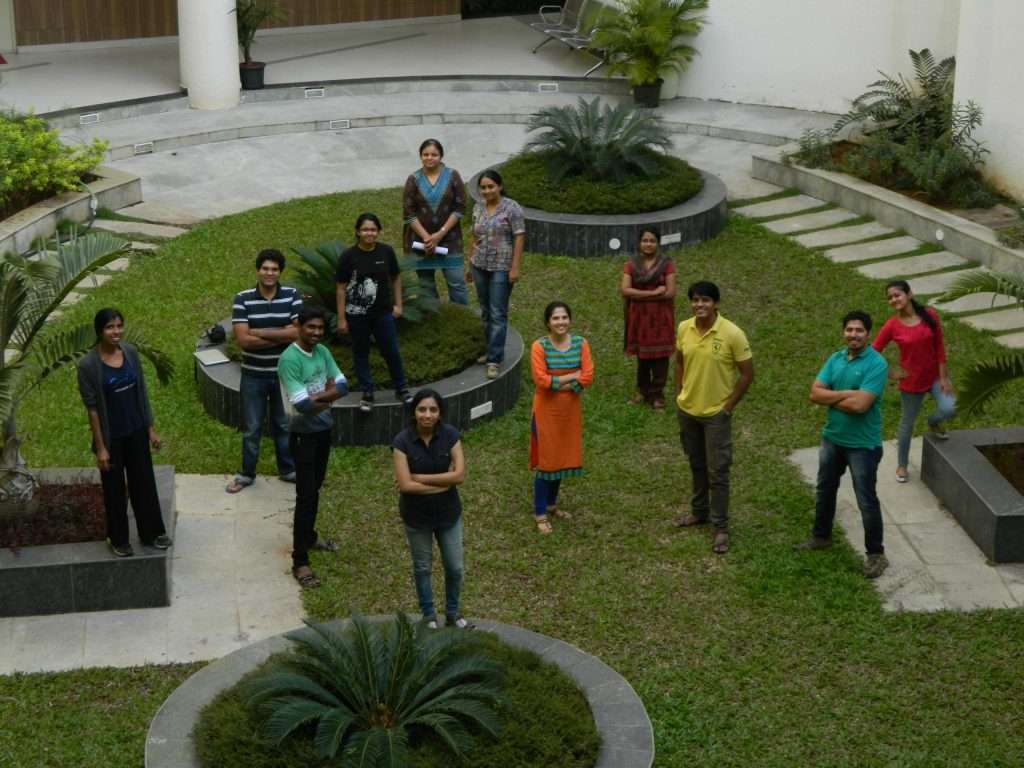 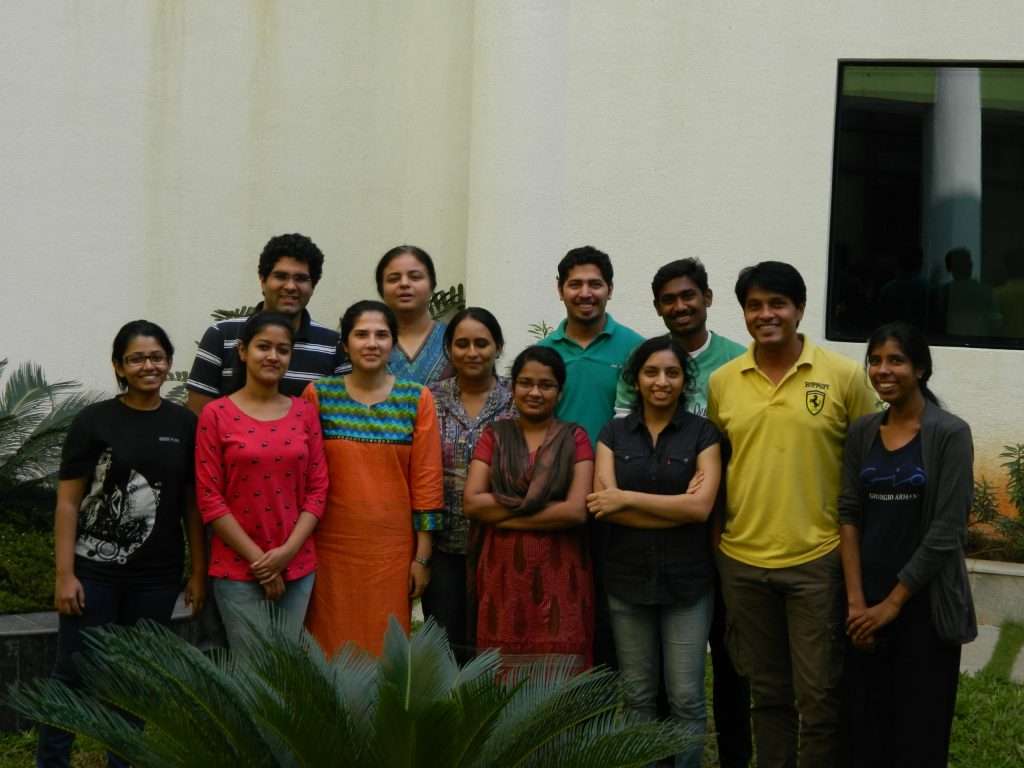 First, Richa genetically inserts a fluorescent label into a cell component of the very first embryo cell. “Let’s say we label a molecule that resides in the plasma membrane or the cover of the cell. We can now take this embryo to the microscope. At various resolutions (optical ranges that the microscope can capture), we try to describe how the plasma membranes of the cells and the embryo itself start becoming complex.”

She doesn’t use human embryos for this. She performs all her experiments on fruit fly embryos maintained at IISER’s fly lab, that she helped set up, thanks to her training at TIFR, Mumbai, during her PhD. there.

“It is not so easy to get clearance to work with human embryos.” Additionally, the kind of questions Richa’s lab is asking are relevant to any embryo. The early organisation of cells has remained somewhat unchanged during evolution. “Organisms with a short lifespan make good models as we can study these processes much quicker.” 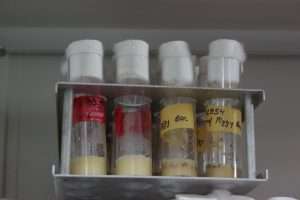 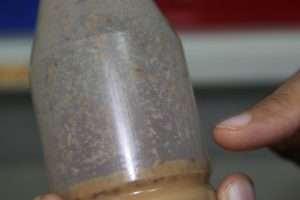 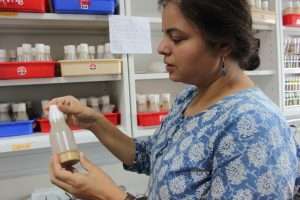 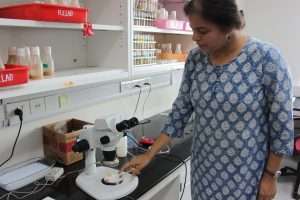 Richa uses techniques that are considered advanced, such as animal culture of mutant flies and genetic engineering, to do very simple and beautiful things on the microscope.

“Microscopy attracted me very early on. It just fits right in with my interests in drawing and painting and architecture. Sometimes I feel my science is the way it is because I like art so much.”

She observes and records embryos developing in 4 dimensions – length, breadth, width and time. “In two hours, the outer layer of the fruit fly embryo goes from one cell to 6,000 cells just around its outer cover. The cells go from being one round cell to a rectangular sheet of cells. Then the cells become polygonal in a very specific way to maintain the roundness of the whole embryo. Some specific molecules help them in doing that.”

“What I find beautiful is that they get all the information they need to develop into the whole organism either from the mother or they just have it intrinsically.”

Like a true artist, Richa reflects on the existential void. “Most research is driven by how something happens. And then we try to ‘explain’ the why of the how. Why is a very difficult question in Biology, isn’t it? – like why are we here?,” she laughed.

What microscope does she use?

In this case it has to be a confocal microscope. These microscopes can visualise fine details by isolating a plane of focus within the bigger sample, with much better resolution than standard microscopes. In this kind of microscopy, fluorescence comes from many parts of the sample and creates a haze. Confocals cut out this out-of-focus light and you can go slightly deep into the embryo.

“Suddenly from a very simple uniform plasma membrane, we get three regions in every cell. One which is communicating with the environment another which is actually holding adjacent cells so there is no leakage. And the third which is just stuck at the bottom. This gives a very nice barrier. And then a lot of movements of the cell community take place to give rise to different layers of cells”

Another of Richa’s schematics describing the complex plasma membrane of the first cells.

The films that Richa’s lab makes essentially highlight these structures as well as the interactions between them. They then go on to probe how these complex features are important for that particular stage of development.

“One could then manipulate genes to try and see what mechanisms are involved in embryonic  development. If I disturb this organisation of the plasma membrane, does the embryo become floppy and unable to maintain its shape and therefore the activities inside?”

The prime focus of Richa’s work is on the architecture of the cell – both inside and outside. She draws a parallel with the room we’re sitting in. “What are the basic principles giving some function to this room? In this way, we are asking – what makes the cell, what are the features of the cell, and how does this one cell of a particular shape and size give rise to different other cells with different jobs.”

The very visual nature of her observations inspires her to do make more than just these films. Something very in-tune with movies like Osmosis Jones. “It will be nice to do a comic on this. I really like teaching with the help of movies and thinking of biological processes with comics and so on.”

“Art is a motivation for my approach in Biology. If I was not doing science, I would love to be in the field of making animations. I enjoy making schematics of these processes in software. They are still schematics, and cartoons I think is at the next level of really making this intelligible for everyone.”

Embryonic cells first divide to form a tightly packed single sheet of cells arranged like an empty sphere. The sheet then bends so that some of the newly formed cells (the precursors of muscles are the first) can go inside the ball. While all of this is happening, the whole structure of the embryo needs to be architecturally stable or it will collapse.

An embryo in its initial stages is much like a football, a very precise analogy according to Richa. From the outside, like a football, the embryo has cells with many edges, made up of plasma membranes of predominantly hexagonal (six-sided) cells. Other cells may have plasma membrane of four sides, five sides or even seven sides.

A recent paper yet to be published, Richa provides evidence for the specific progression of numbers of sides as the embryo develops. “In the embryo, there is a balance of cells with 4-5-6-7 sided plasma membranes and for the first time we have characterised how this distribution of the number of sides increases as the cells multiply.”

“If we keep increasing the rooms in the same house they will have common walls, more neighbours. The same is the case with an embryo when the numbers of cells increase, the numbers of edges or walls increase in number, it turns out that the optimal number is predominantly centred around 6 walls/edges. Also, 6 walls is a great way to pack objects since the surface area to volume ratio gets minimised efficiently and this is energy minimised architecture.”

Richa’s research also shines a light, literally, on the powerhouses of the cell: the mitochondria. Scientific interest in these generators of energy, which we inherit only from our mothers, has renewed globally in the last two decades. Richa is part of the bandwagon.

“We have developed methods to visualise mitochondria in the living embryo. We can shine a light in a very focused region and only mitochondria in that region will turn on, like a switch, and show up under the light.”

This method is called “photoactivation”.

Richa also created mitochondrial mutants, which do not divide like normal ones do. So what we get looks like many mitochondria fused together with a long shape. Mitochondrial shape mutants give rise to cells that do not differentiate into a particular kind of cell, they keep proliferating. In a sense, it emulates a cancer model.

But Richa is in no hurry to work with disease models. “I’m still very very interested in the basic biology of the process, which we know so little of. Maybe I’ll do something else later on, but right now this is fun,” she said with the rebellious integrity of officer Ozzy from Osmosis Jones.

And she doesn’t worry about evil mutant flies. “Most mutants do not survive in the wild and I don’t think they will take over our earth. They will just die unless they were grown with utmost care in the lab.”

There aren’t enough women in any field

While growing up in Mumbai, she was raised no different than her brother. This will be the case for most girls growing up in modern India today, she agrees. But Richa believes the intrinsic problem is a societal one. “Women seem to have to deal with much more to get to the same position. There is a barrier that they have to cross.I would say that I have not experienced a lot (of discrimination) but I am aware of it.”

“It gives a certain character to a meeting which would not exist if there was a balance between males and females. Sometimes it happens that the rest take women a little more casually.”

“The seriousness with which a male boss can deliver arguments or even say that you’ve got to do this seems to be way more effective than a woman doing it.”

Including women in boardrooms and committees can be big asset, according to Richa. One example she cites is Sitara Shipping, a company run by her friend Sanjam Saha, which employed only women for a while.

“They stuck with keeping it all women company for a long time because they wanted to cultivate the parallel processing skills women seem to have – their ability to do many things at the same time.”

Generally, there is a point in a woman’s life when she is forced to choose – taking her professional options forward or devoting all her time to the family. This choice is thrust upon only women, it seems.

“If the husband doesn’t cooperate then it is not going to work out. They will be left a little behind,” Richa said.

But modern institutions like IISER, are waking up to this problem. While many Indian institutes, including all CSIR institutes, have sexist recruitment policies including disallowing employees to be married to each other, IISERs and IITs are now actively recruiting couples.

“My husband is in the same department. And that really helps. It’s a fantastic thing. And I think the hiring couples together is one of the things that really makes a difference.

Of course sharing the passion for science helps too. “A lot of the scientists are married to other scientists. I think that is partly because of the mental match. But also there are things that are going to be difficult on the professional path of a scientist and if the spouse understands, then things just go smoothly.”