An electrical engineer from Iran works at IIT Bombay today and tells us about her journey. WHERE? Indian Institute of Technology, Mumbai

Maryam S. Baghini came to IIT Bombay as a post-doctoral fellow in 2001 from her home in Iran. Over the next few years, Maryam impressed IIT as much as the institute impressed her and she decided to take up the offer to stick around.

Today, as a professor in the electrical engineering department, Maryam is researching techniques to improve the performances of electronic devices. She uses her technology to create better practices not just for the electronics industry but also in society. 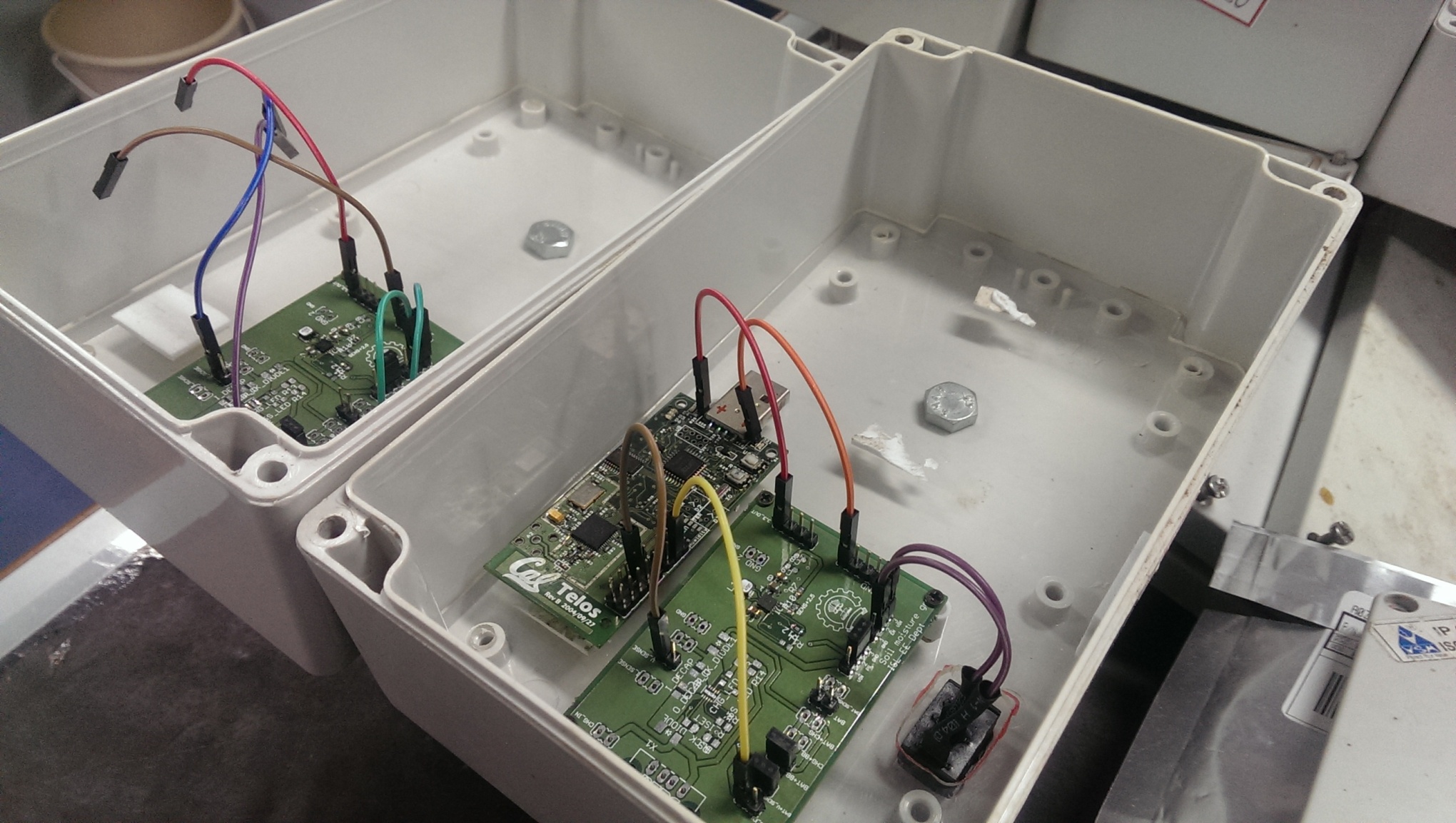 For example, her lab develops soil sensors that are being developed for farmers to use to optimally use their water resources to irrigate their land based on factors like soil nutrients, pH, temperature and moisture. Incidentally, the paper where this project is described won Maryam the Richard Feynman Prize for the best paper published in this journal in 2013.

Her fascination with electronics began early. “Even in primary school, I liked devices that worked with electricity,” she recalls. “An uncle of mine had a habit of opening instruments and then rebuilding it by himself. I was always sitting adjacent to him and looking at how he’s doing this.”

One of the major research problems Maryam is trying to solve today is the challenge of ‘scaling up’ of device density and integrated systems. Integrated electronic components are getting smaller and smaller in size with no compromise on their capabilities; in fact, if anything, the list of features is lengthening with each newer and more compact version.

Moore’s Law observes that over the history of computing hardware, the number of transistors in a dense integrated circuit has doubled approximately every two years. Maryam credits the tools used for photolithography and fabrication for giving us sophisticated processor chips that can have tens of millions of transistors in a small area like one millimetre square.

Maryam is particularly interested in a technology called CMOS, which the transistors of most of our everyday electronics are based upon. It uses the principles of semiconductivity, where a material that does not enthusiastically conduct electricity is made to do so by adding impurities, to create a transistor that controls electricity flow so well that almost no power is used when not needed. Maryam tries to improve this system even more to create more and more advanced devices, integrated circuits and systems.

A portable computer from 1982 that is 100 times heavier and 10 times costlier, yet has only 1/100th of the processor speed of the iPhone that lies near it (Credit: Wikimedia Commons)

She sums up the problem facing such a pursuit: “Scaling up of devices comes along with power density and power delivery limitations. To deliver power, you need to apply either high voltage or high current (remember, Power = Current * Voltage) or both. Since the supply voltage has reduced (to reduce energy use and power demand), we must apply high current, but for high current, you need huge devices. This is not always practical.”

“Eventually, I’m looking to put together device engineering and circuit design to make circuits more optimized for handling high power. CMOS platform is ideal as it is established and relatively affordable.”

Maryam notes that Moore’s Law has almost hit a wall. As a result, she finds herself intrigued by alternate technologies too. “For example,” she says, “organic transistors can be developed by looking into how things are made and developed in nature. This will help make these areas eco-friendlier and closer to platforms already available in nature.”

Maryam was very focused on her field right from the start, taking a bachelor’s, masters and a PhD in electrical engineering from Tehran’s premier Sharif University of Technology. She’s puzzled by the perception of people that life in Iran is very different than it is here in India. “It was not difficult to move out at all. There was no culture shock. Even there (in Iran) there were many female students in engineering. Education there matters a lot to families and there is no difference between females and males.”

So satisfied was Maryam with her experience in Sharif University that she had no intention of moving westward. “Also, my family was in Iran so I thought, ‘Why go abroad?’” However, Maryam had heard much about the research and the atmosphere at IIT-B, so she decided to give it a chance, and applied for a postdoctoral position.

Though she herself was never tempted by the lure of a lucrative job in the industry, Maryam sees that this is not the case with her students. “Most of them are job-oriented, some want to get some experience in the industry before studying further and settling in academia, and some directly go for higher education.” But she admits we also need good people in the industries. “It is good to have a mixture of both. This is the cycle that feeds engineering area.”

“People ideal for research are those who don’t care too much about money,” says Maryam. So does this mean a researcher has to resign herself or himself to being poor? Far from it, she assures us, “You need a life which is okay for you and where you feel comfortable. That defines the level of finance strength you need in your life. This much is definitely possible with research. You can even support your family with no difficulty. But suppose you want a luxurious life… even then, luxury doesn’t have limits! You will never ever be happy because you desire more than what you have and it’s endless. Somewhere, sometime, you will want to enjoy what you are doing and what you have. For me, as long as I am not facing a lot of challenge that’s enough.” Scenes from her lab Girls need to know engineering is no problem

However, it would seem that not everyone shares the same sentiment about life in engineering research as Maryam. Only 12.7% of India’s science and engineering workforce comprise women. The relatively low number of women in engineering is a reflection of a mind-set in the whole world than any actual limitations in women, according to Maryam. “Maybe they think in engineering they need to apply force and so they need to be very strong?” she laughs. “This is not the case at all,” she stresses. “I have worked with electrical motors and faced no problems. Women need encouragement. It’s a matter of telling girls that engineering is the same as other areas.”

“Oh yes,” says Maryam. The numbers can definitely improve if the family becomes supportive and if they let children choose any area. “It’s happening, because here I’ve had many female students. I’m happy to see them graduate because each one of them becomes a symbol.” Once in science, there’s not much to fear, at least as far as Maryam has experienced. “I have travelled to many countries for conferences and many of my collaborators are male. I’ve only felt respect because I’m a woman.”

India is a good place to be

Maryam believes India is a great place to study electrical engineering. She cites the example of the great feedback she’s received from international scientists who have to examine IIT-B students’ theses. That experts from the outside who have their own students and their own benchmarks are impressed by the quality of her students’ work is something that Maryam finds very encouraging.

She acknowledges however that for a huge institution like theirs, there is a problem of space. Labs here work 24/7, she informs me. This is to accommodate the high demand, sometimes from people visiting from different labs and countries. It’s not uncommon, she says, for time slots to be booked in the middle of the night. “But this is also part of research,” chirps Maryam with the air of a serial problem-solver. “Managing a limited space, this is nothing but an optimization problem!”

5 responses to "Maryam Optimizes in Electronics and in Life"

I don’t have formal science study background however its Interesting to read her journey and inspiring too!!!
The views on being researcher are really thought provoking and should be motivational for all those who aspire to be researcher.

Reply
Pingback: Where Are The Indian Women In Science? | Feminism in India

Oops, TIL theses is plural for thesis, please ignore 🙂