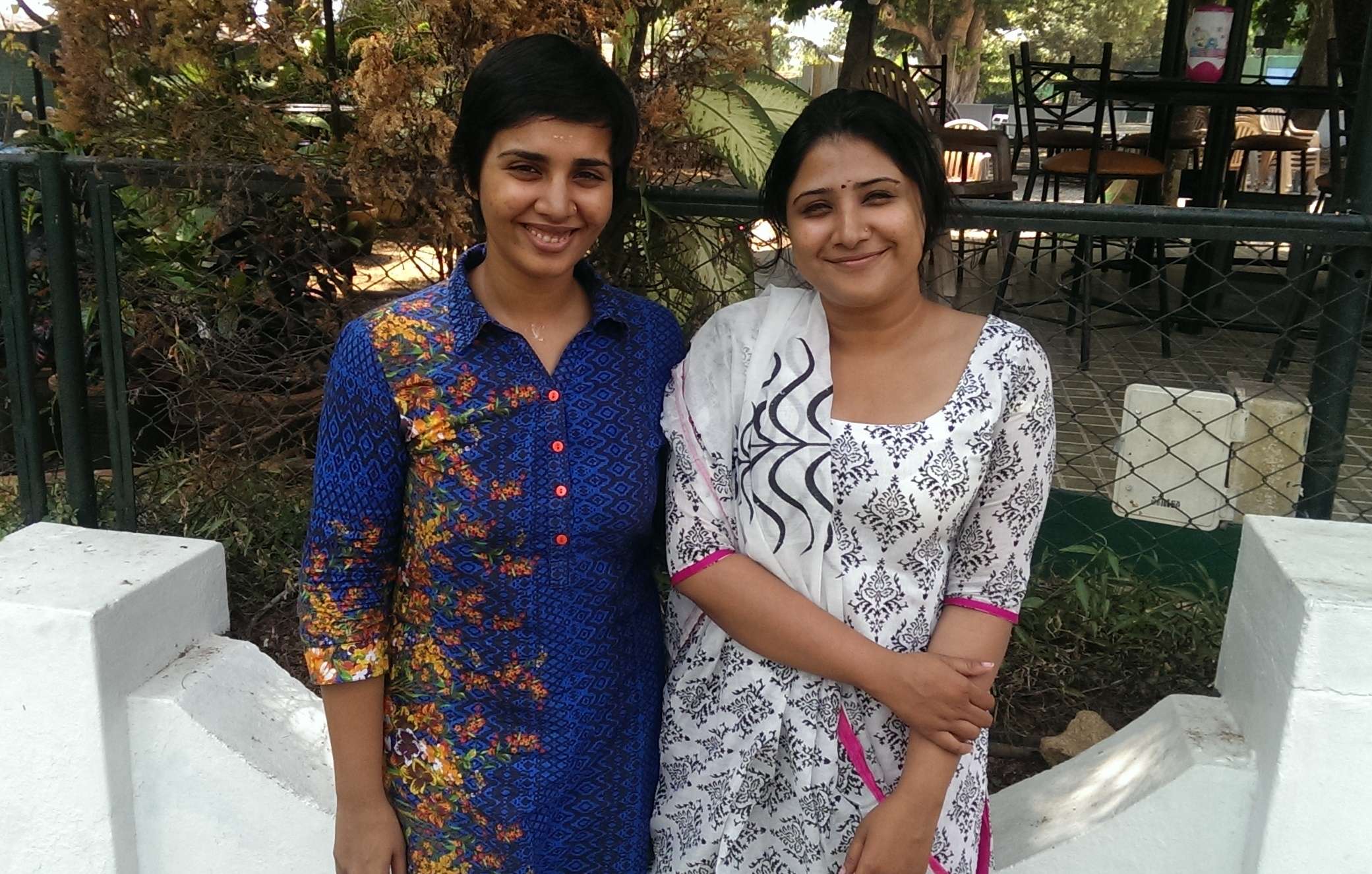 When Aardra Chandra Mouli returned to her hometown, Trivandrum, fresh after a master’s in management at Warwick Business School, she found her state in the midst of an agricultural crisis.  Only 40% of Kerala’s food requirement is met from within, the rest is imported from neighbouring states Andhra Pradesh, Karnataka and Tamil Nadu. These imported crops have been found to carry too many pesticide residues. This is a difficult scenario for Kerala. Despite doing much better than others in many aspects like literacy, sex ratio and life expectancy, it has recently been witnessing a rise in lifestyle diseases, cancer, infertility and other health concerns among its people.

To deal with this issue, the Kerala government in 2010 unveiled an organic policy that aims to save the soil and crops from poisonous chemicals by using traditional natural methods. The success and practicality of these objectives at a large scale is still debated, but organic farming has no doubt gained popularity in smaller settings like households.

Sensing the urgency, Aardra got together with Gayathri Thankachi and fulfilled something few do – a start-up dream that emerged from college banter. They founded Aeka Biochemicals, a “green solutions” company.

The two women are somewhat ambivalent about their Bachelor’s (BTech) in biotechnology course. Gayathri lightheartedly commented that she joined the course because she knew the female-male ratio was high and that was important to her at the time. While Aardra chose biotechnology because of her fascination for genetics, things were not what she expected. “When we start learning it, we find out — wow, hard.” She said 58 subjects, some interesting, some dry, crammed into four years was a bit too fast.

But some good came out of this disillusionment. “While in college, we often talked about how nobody was coming to give us jobs anyway, so why not start something ourselves,” reminisced Aardra. However, soon their course completed, and the friends went their separate ways – Aardra abroad to study while Gayathri found a job in Trivandrum. “We really never thought we’d end up actually doing this,” added Gayathri, but as it turned out, the young women came back and picked up where they left off.

The duo founded Aeka Biochemicals in June 2014 and launched its first range of products in October the next year. “The Sasya products are microbial plant growth promoters which can boost the growth of plants and help them use organic manure more efficiently,” explained Aardra.

Their team is small, “just five of us, including one intern; four of us were classmates (Nidhin Sreekumar is the Scientific Head and Jayaram K. is the Lab Head)”.  Though they began by working in others’ spaces, today, team Aeka has a fully-functional lab of their own. “It’s a small space but this is all we need now,” said Aardra. The five of them chip in with lab work, culturing, bottling, sales, and manage to fulfill their current demand from this space. But that’s not all.

“Our lab is fully solar powered, no effluent, nothing goes out except as plant food (fertilisers). We reuse our water, we’re as green as possible.” Aardra believes that they may not have been able to do this if they didn’t have their own unit. “If we were incubated somewhere of course we may have grown faster, received more exposure and support, but probably wouldn’t be able to try out these things.”

For Aardra, an environmental conscience emerged very early. “I’ve always been pain in the ass about environmental matters and protecting animals and stuff,” said Aardra with an impish smile. She recalls a visual from Animal Planet or Discovery Channel that she saw as a young child: “A stack of dominoes, depicting the food chain, was shown. A man knocks over one domino (symbolising one tree) and all fall down one by one – phut phut phut – and the man falls last. That image stayed with me as a reminder of how we’re all connected and we’re doing harm without realising.” 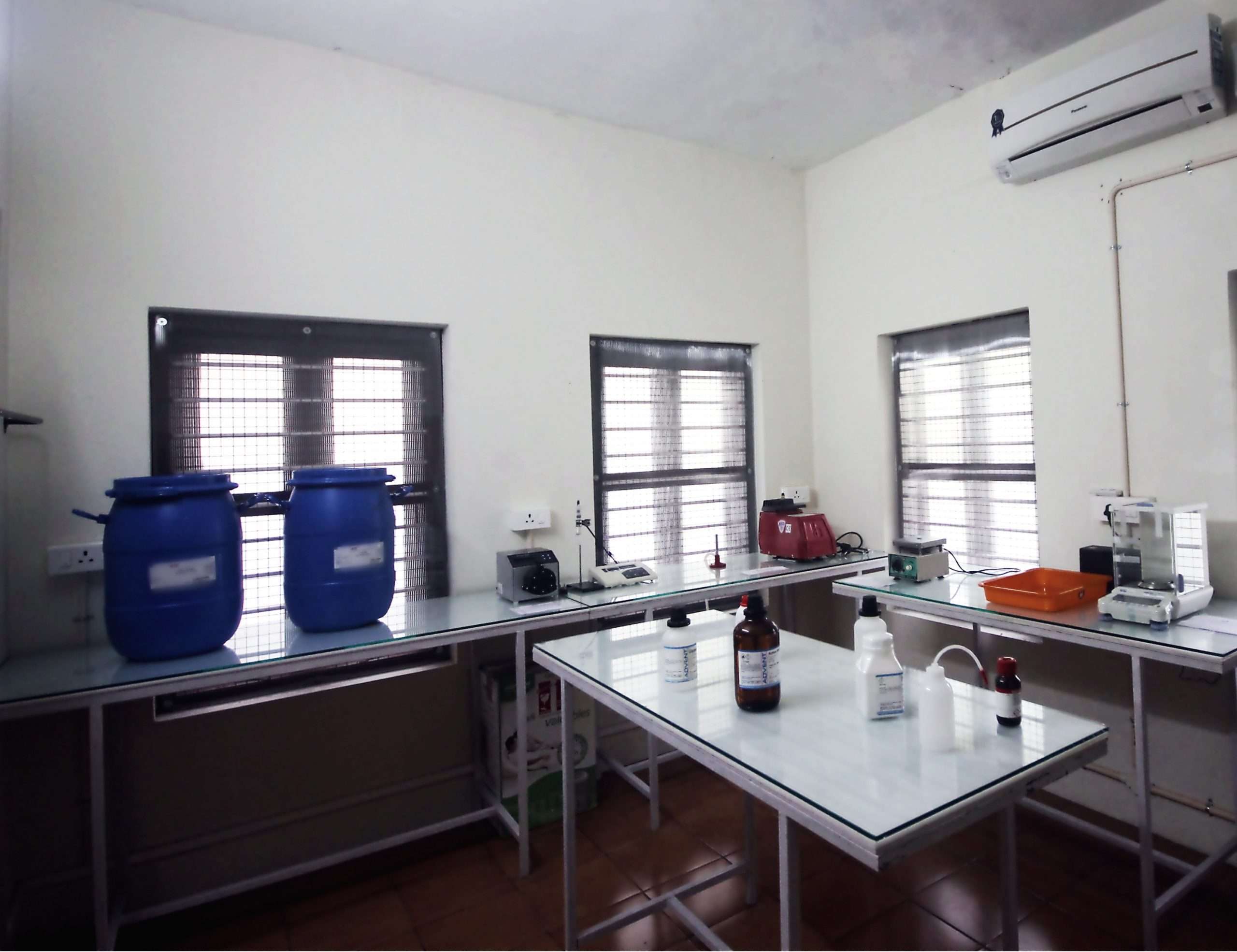 The blue tanks hold some of Aeka’s raw materials. 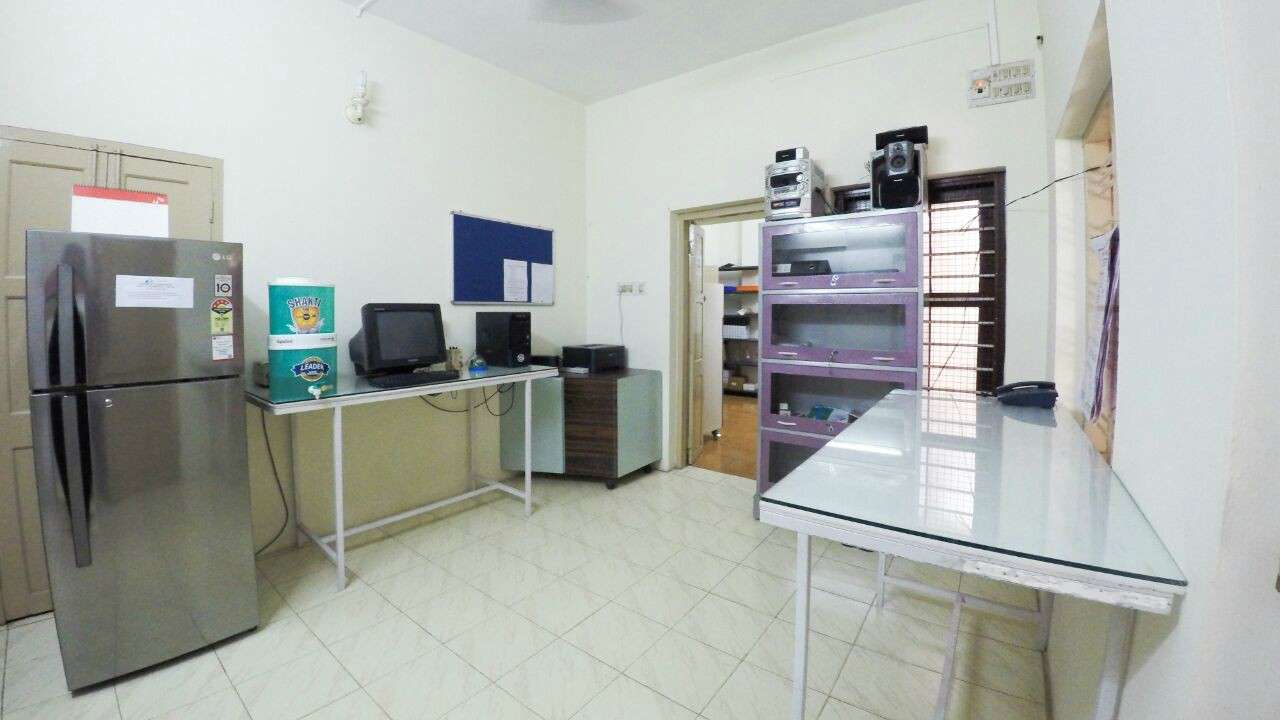 A view of the lab 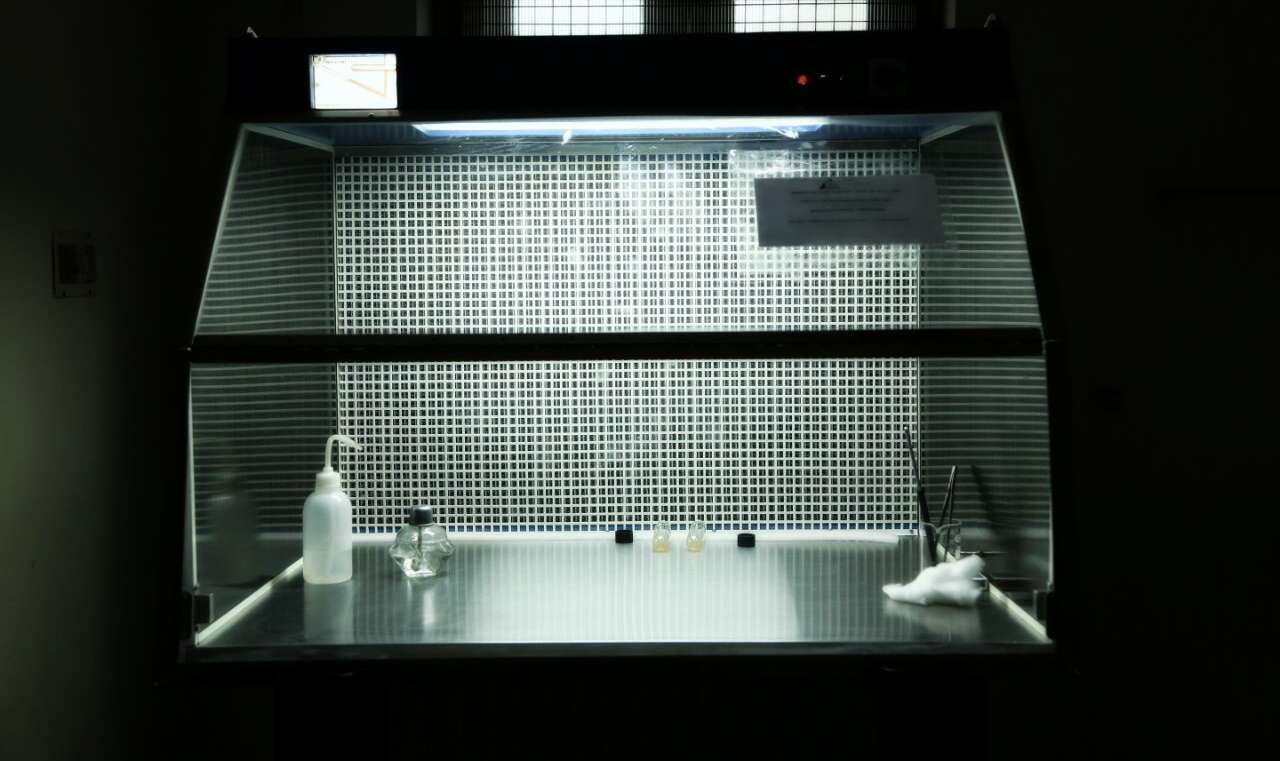 No problems being women on top

Since their launch Aeka has received a lot of accolades and press, especially in Kerala, for having two women at its helm. Indeed, both Gayathri and Aardra insist that very rarely have they felt discriminated against. “If anything it’s been an advantage,” said Aardra. It helps that the Kerala government has made women in entrepreneurship a priority. “There are lots of programmes to push women into entrepreneurship and self employment.”

When I asked them if a team with a good representation of women is important, both were pretty decided on the fact that it would always be talent that would be key, even over gender. However, they informed me that most their lab technicians and trainees are currently female. “We will help women who want to become entrepreneurs, try to mentor them. It’s not much of an issue because a there are lot of women in biotech these days.”

Besides creating a local impact via organic farming, Aeka also wants to be an avenue for freshers to groom themselves for the industry. “The latest crop of freshers have a lot of theoretical knowledge but not much on-hand experience as they don’t get many opportunities to work in labs.” This gap is something Aeka wishes to fill with ‘Aeka Academy’. Through AA, these students have an opportunity to do projects with the company – experience for them and more labour for us!” laughs Aardra.

Trivandrum may not be a typical dream destination for technological entrepreneurs but for Aardra and Gayathri, this choice was a no-brainer. “We have to start where we were born is what we believe. Trivandrum is home. Here we have advantage of being distinct.” Of course, it’s not a path without thorns, Aardra affirmed. “There is lots lacking, we are still a very small town. There is a set path for entrepreneurs in most places but not here. But because of this we have freedom to add and delete as we go along.” Gayathri quipped in, “People ask us ‘why Trivandrum, we ask why not.”

While the two grudgingly admitted that girls in Kerala do have to put up with some unsaid restrictions in their city (women who drink or smoke, venture out late alone and dress non-traditionally still turn heads and are unusual to find on streets), they remind me that in many regards, like educational status, women in Kerala are still lightyears ahead than their contemporaries in other places. Besides, pointed out Aardra, the phenomenon of leering men is as much of a problem in, say, rural Texas.

Being in business with your friends is an interesting experience, according to Aardra. “Because we know each other so well, we can guess what the other person is going to say, but disagreements can be hard to put out there. We have to keep it professional though we are friends.” She said that her degree in Warwick helped a lot, “otherwise I’d have had to learn a lot the hard way.” The course taught her how to approach finances and administration.

Aeka is looking to expand their range to fungals and water treatment. Their focus will be on products that can be used in the domestic scale. Nevertheless, it’s not easy, agreed Gayathri, “There is some stress.” For example, they need to constantly think about how to grow, how to pay loans back, how to make money and importantly, how to stick to their vision.

“But no regrets! This is more challenging and more fun,” they said, eyes gleaming as we bade farewell.

[Note: There was an error in the founding date of the company. It has been corrected from January 2015 to June 2014.]

1 response to "Aardra and Gayathri Give Back to the Homeland"

Pingback: Some Findings after Eight Months of Labhopping - The Life of Science