WHO? RAMADEVI NIMMANAPALLI WHAT? VETERINARIAN AND BIOCHEMIST WHERE? BANARAS HINDU UNIVERSITY Reported by Aashima Dogra Sometimes, you have to go around the world to find your purpose waiting for you back home. Such is the story of Ramadevi, the second of only two female Deans at Banaras Hindu University.   Click here to read […] 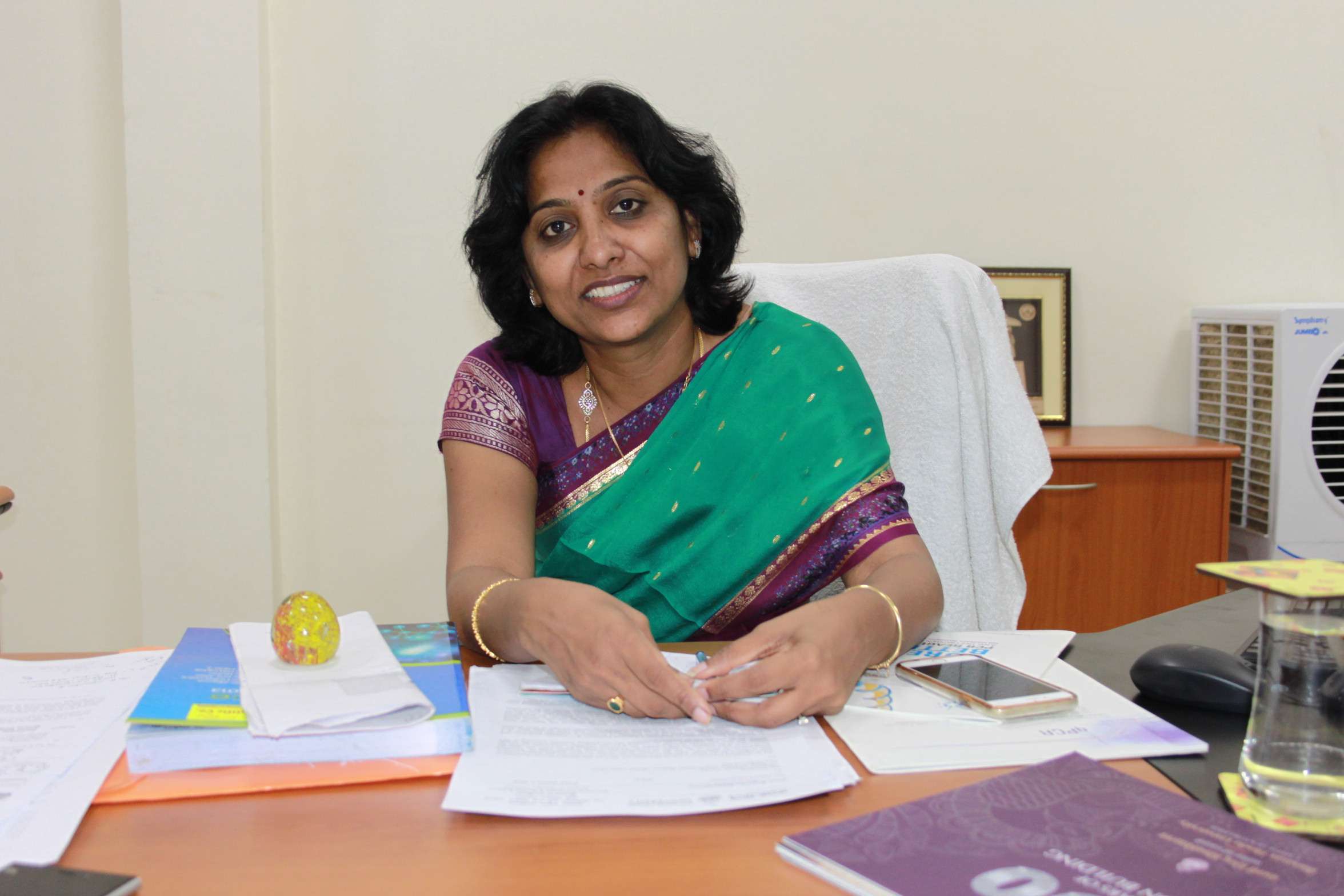 WHAT? VETERINARIAN AND BIOCHEMIST

Sometimes, you have to go around the world to find your purpose waiting for you back home. Such is the story of Ramadevi, the second of only two female Deans at Banaras Hindu University.

Click here to read our feature on Kavita Shah, the only other female dean at BHU.

In 2014, Ramadevi was invited to return to India from the USA to set up the Faculty of Veterinary and Animal Sciences at India’s flagship university. This could not have come at a better time for her. Her teenage daughter, who had escaped American society to India was missing her family.

In the last 12 years, life has come full circle for Ramadevi. She was born in Tamil Nadu but moved northward in the course of her scientific journey.  In 1994, she finished her master’s degree at Indian Veterinary Research Institute (IVRI), Bareilly, and was all set to go abroad to pursue academia. But Ramadevi’s parents stood in her way with an oft-heard line especially for Indian daughters: “Get married and then do whatever you want.”

“Fortunately, I got married and my husband said that it was now between him and me,” recalled Ramadevi.”He said that I should go, even if he could not join me right away.” So off Ramadevi left, all by herself, to study at Oxford University, England. Her husband joined soon after to pursue his own doctorate studies.

She said frankly, “I was damn crazy about the west. I wanted to go to America or England because everything about the west attracted me, the clothes, the products… If there was a chance in Japan, I wouldn’t have gone.”

Years later Ramadevi found herself protecting her children from the flipside of the same western glitziness that drew her there.

Ramadevi’s two children were born in the USA after she and her husband, now a veterinarian surgeon, moved there from England to advance their academic career.

When her daughter became a teenager, the family realised that they were stuck in the middle between American culture outside the home and Indian one inside.

“My daughter was in a lot of pressure over there. When you are in the fifth or sixth grade you have to have a boyfriend. If you don’t, then you are a loser.”

“At home we were teaching her Indian values and taking her to the temple, but in school things were the turning the other way round. So she was very confused. I asked her to make a choice, to stay and adapt to American ways or go to school in India.”

“We let her know that her parents were from both worlds. We had our life and now it was about their lives. We want our children to have the best of both. So she herself decided to go to India.”

In December 2014, Ramadevi followed her daughter back to her homeland.

She had no idea what BHU was when one of her friends told her the famous university was looking for someone to set up a new faculty for veterinary and animal sciences.

As soon as she was hired, Ramadevi powered through the bureaucratic process of starting new courses. The process involves several applications to University Grants Commission and meetings with several registrars and financiers. In six months, the new faculty was established but one last step remained. Presidential permission, a statutory requirement to start any new course at BHU was still needed.

Abruptly, the top administration changed and things got tricky thereon. “There was a lot of negativity here to start this course. Till the first Vice Chancellor was here, it was fine but the minute the Vice-Chancellor moved out, things went upside down.”

“They wanted me to get out of here and go back to America.”

“Work was going really fast for me. I was under the impression that this is how it works. If you want to start a veterinary college, we will go through a list of procedures together and establish the course. There is only that much to it. I did not know that this is not how it works here.”

“But now I realise that it takes much more time usually. You cannot even see the Vice-Chancellor so easily. That was not the case for me. If I needed to see him, I will call his office and if he is busy, he reverts. Afterwards, some colleagues told me that they were waiting three years to see a Vice Chancellor.”

“I got some letters that claimed I had an affair with the previous Vice-Chancellor.”

“In response I asked them if I was so ugly to have an affair with a 70-year-old married man,” she joked.

That was disheartening for Ramadevi even though she kept her game face on. Eventually, via her own political contacts, Ramadevi managed to meet Smriti Irani, the HRD minister, to get the approval from the President of India.

Ramadevi is now the Founding Dean of the new faculty at BHU. She is also in charge of the sheep and dairy farms on campus. The building she now shares with the Food Science and Technology is mostly empty, but later this year, the first batch of undergraduate students will pour in. The founding team of professors and other staff, have set up laboratories in preparation for the first batch of animal doctors to graduate from BHU.

“Whatever you see here is temporary. We still have to erect the buildings at the south campus extension of BHU in Mirzapur so that we can accommodate MSc and Ph.D. students.”

The board goes up on the newly founded faculty at BHU

A case of brain gain

Having to jump all the bureaucratic hoops has kept Ramadevi away from her research. “This is the start of my administrative career,” she claimed.

Ramadevi is yet to get a taste of academic life in India. But abroad, her research interests transformed drastically. She started as a microbiologist studying the bluetongue virus (infecting cattle and deer) but moved on to research human cancers, going as far as studying the chemical pathways for the drug Gleevec.

“It wasn’t easy to go from IVRI, which is a top notch veterinary institute in India, to Oxford. After going there, there were a lot of shocks. The standard of education was too different. My Ph.D. was in hardcore biochemistry. Indian veterinary science or medicine courses don’t teach in-depth sciences. To catch up with the knowledge was not easy.”

“Nothing was up to date for me even though I was a topper at the veterinary institute and also in B.Sc. I had to relearn everything.”

A combination of research involving cancer chemistry and veterinary sciences gives Ramadevi a wide scope to influence many student scientists she is about to mentor. She has authored over 40 research papers and has vast experience teaching at many institutes in America. With her position, she is all set to make an impact.

“I’m working so hard here, only so that I can share what I learnt abroad, including better standards for handling animals. There is a long way to go.”