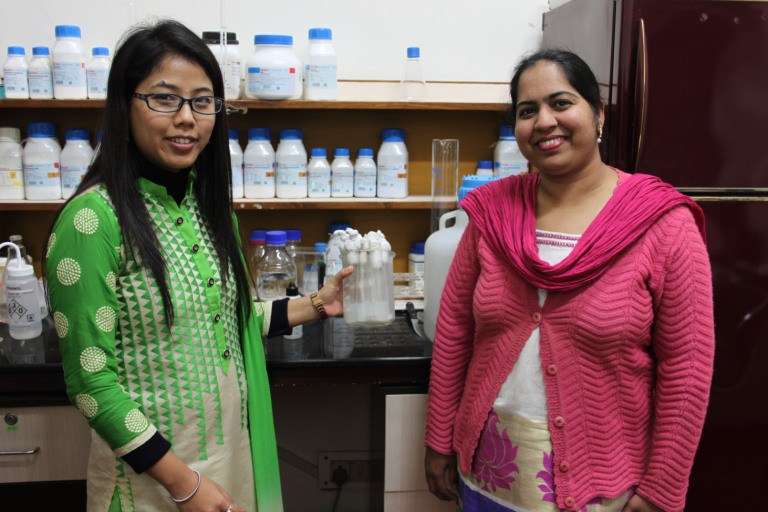 WHO? NATASHA GURUNG AND HUSNARA SHARMA

On a map of India, if West Bengal is a chicken, then the Himalayas start ascending at its neck. At the top of the neck, close to Darjeeling, lies a town called Kalimpong. Lepcha and other Nepali tribes have settled here for as long as anyone can remember, followed by Biharis, Bengalis and Tibetans. At some point, British missionaries came and set up many schools.

A friend who was hosting our travelling tribe tells me that Kalimpong has been disputed territory many times; it has passed through the hands of Bhutan and Sikkim. Nepal is just round the corner and China is not far away. Given its strategic position as a border town, it has also been a hotspot for spies, I heard. Once an intellectual hub, today Kalimpong brings in tourists drawn in by the fresh mountain air.

The local economy has always been agrarian but now it is losing flavour, quite literally. “The farmers are suffering from low yields and bad quality of fruits, so we have to move on to a non-agrarian economy,” said Dr DD Rai, geography professor at Kalimpong College.

The Indian Agriculture Research Institute (IARI), or Virus Office as it called locally, is located a few kilometres from the centre of town. Here, scientists are making last attempts to repair the damage that has been inflicted on agrarian life.

The research centre stands amid lush pines, citrus fruits and flower bushes. Two labs, led by as many scientists, are housed in a grey two-storied cement building overlooking the Himalayan valley. The scientists, along with the administrative staff and four research assistants, are working to understand the plants outside. They are interested in two local cash crops specifically: Large Cardamom and Darjeeling Mandarins.

Natasha Gurung, a young horticulturist, is one of the scientists working here. Her family lives in Sikkim, just a three-hour-drive up the mountains. She moved here only six months ago, after training at the Delhi headquarters of IARI. She was sent here to genetically improve* (not genetically modify) the mandarins.

* agricultural scientists genetically improve the varieties of crops by cross-breeding different varieties to get the best hybrids.

Natasha has a tall order to meet in her first tenure. For the next six months, she must perform a survey of all the orchards in the region and identify “superior planting material” to make healthier varieties of Darjeeling Mandarins. “After identifying superior genotypes in the area, we will multiply it through tissue culture and then distribute it to farmers and certify the varieties,” she tells me. Along with this, she also has the responsibility of developing some technologies that can be communicated to the farmers effectively to keep the infections away and enjoy higher yields.

Her science is just getting started. Once she has found her feet in the hilly soil, she plans on doing lots more for the local economy. “The Darjeeling mandarin production out here is huge. There is also lots of post-harvest wastage of the peel because of very little post-harvest aspects. So I’ve been thinking of peel-utilisation of citrus from the wastage (the fruits that are rejected for selling) and the production of citrus oil.”

“If we can find ways of peel utilisation and go further to find medicinal properties of the peel, it will be very helpful for the agrarian economy.”

The mother, the researcher

As a woman, Natasha is in awe of her research assistant, 33-year-old Husnara Sharma. “I salute Husnara for having a kid and managing work so smoothly. She is with Aman all the time. And does so well in work.”

Husnara’s three-year-old son Aman accompanies her to the institute every day, sometimes even inside the labs. As we talked, Aman puttered around, occasionally demanding rhymes on YouTube. 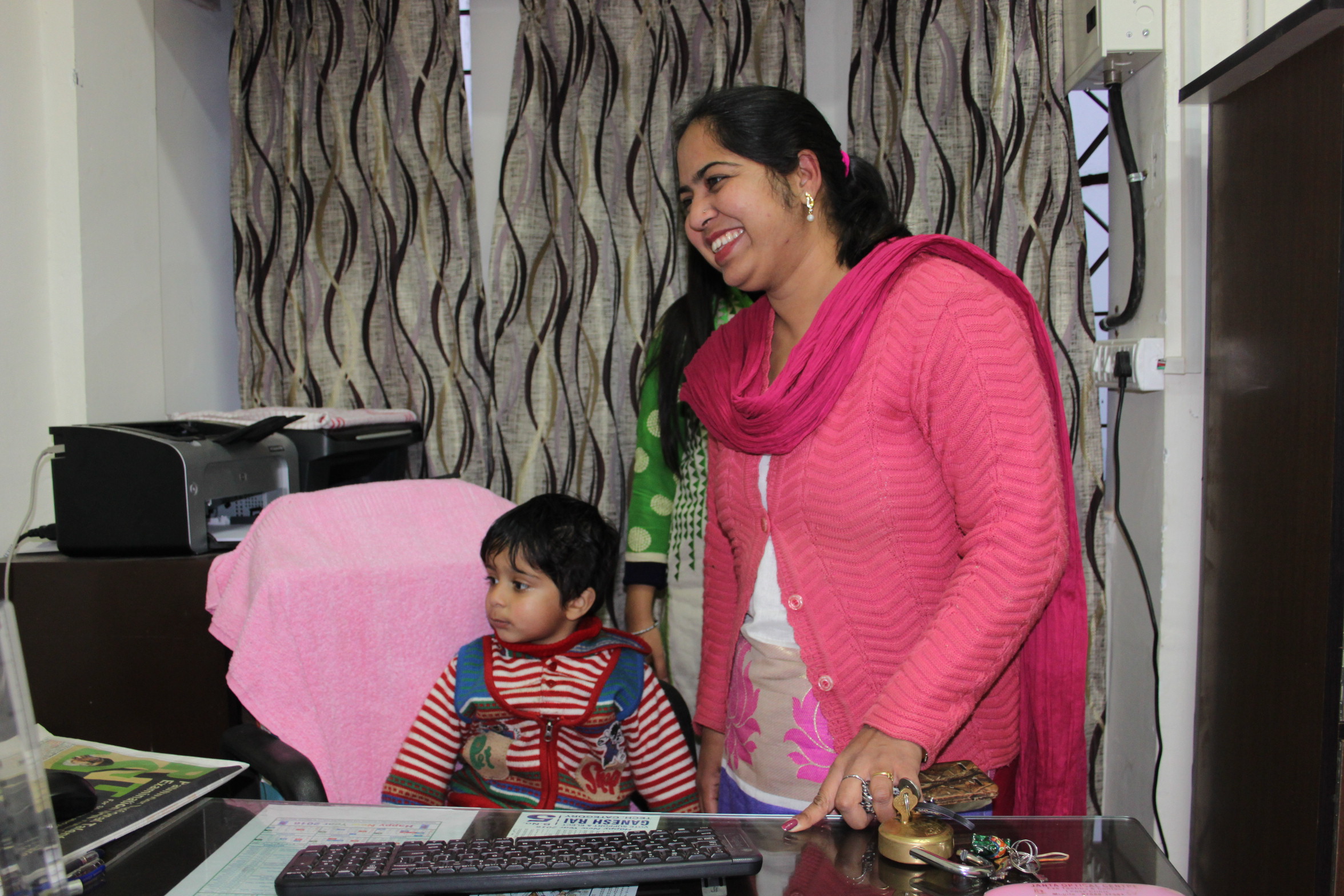 Husnara has worked in this facility for three years. Before Natasha came along, she was helping previous batches of scientists identify the viruses that have been a nuisance for cultivators in the area.

The worsening state of affairs for citrus cultivators is a grim motivation for Husnara. “Sometimes in research it becomes very tough and you feel that you are stuck in something and cannot move forward. That happens. But we have to carry on this project so that we can go to a place where we can help the farmers. They are the ones who are helping all of us, so we should think about them also,” Husnara said.

Husnara and Natasha and the rest of the research team are hoping against hope. Even as their scientific survey slowly inches across the vast landscape, the mandarins are disappearing. They are being replaced with Large Cardamom.

“More and more farmers are choosing to grow Large Cardamom. For 1 kg of Large Cardamom, they get Rs. 1,300, which is much more than they get for mandarins. If a farmer grows 1,600 plants in one acre, he can easily earn more than a lakh,” said Natasha.

“It is very easy to grow, not much work. The problem with growing mandarins is it involves lots of management, right from the seedling stage. When you plant it in a nursery till the harvest, you have to take care of it. Darjeeling mandarin is also prone to lots of insect attacks. The farmers find it difficult. When you plant the seedling, it takes five years before it starts producing good fruit. So it is time-consuming also. Large Cardamom plantations can start giving a good product in just one year.”

“Large Cardamom is also an important crop in this area, as it grows nowhere else, just in this part of India and in Nepal,” adds Husnara.

So why not let the mandarins go? I asked them.

“It is like this: people hear about the famous Darjeeling mandarin, Nagpur mandarin, Khaasi mandarin, Coorg mandarin etc. The fruits are part of the legacy of this place,” said Natasha.

Husnara responded with less romantic reasoning. “Many people are quite dependent on citrus fruits for their livelihood. All their orchards are used for growing only citrus plants. When it is damaged, they have to face severe losses. So whatever we can do to save them from this, we are doing.”

2 responses to "Natasha and Husnara Save the Mandarins"

Pingback: All The Indian Women Scientists You Wanted to Please Stand Up? This Blog's Got'Em - The Ladies FingerThe Ladies Finger
Pingback: Natasha and Husnara Save the Mandarins - The Life of Science